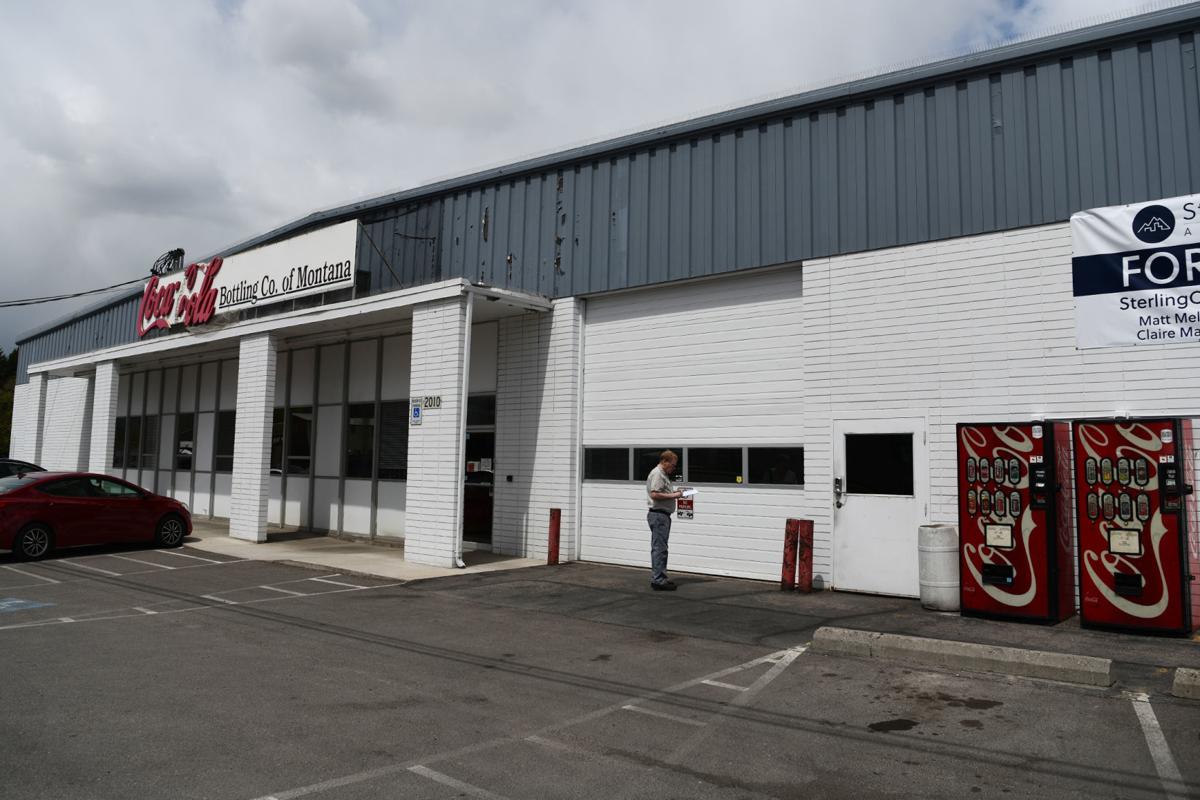 The five-acre site of the old Coca Cola distribution center is for sale for $4.5 million after owners of the facility, High Country, broke ground on a new $9 million, 70,000-square-foot warehouse and distribution center. The property is zoned for both light industrial and residential uses. 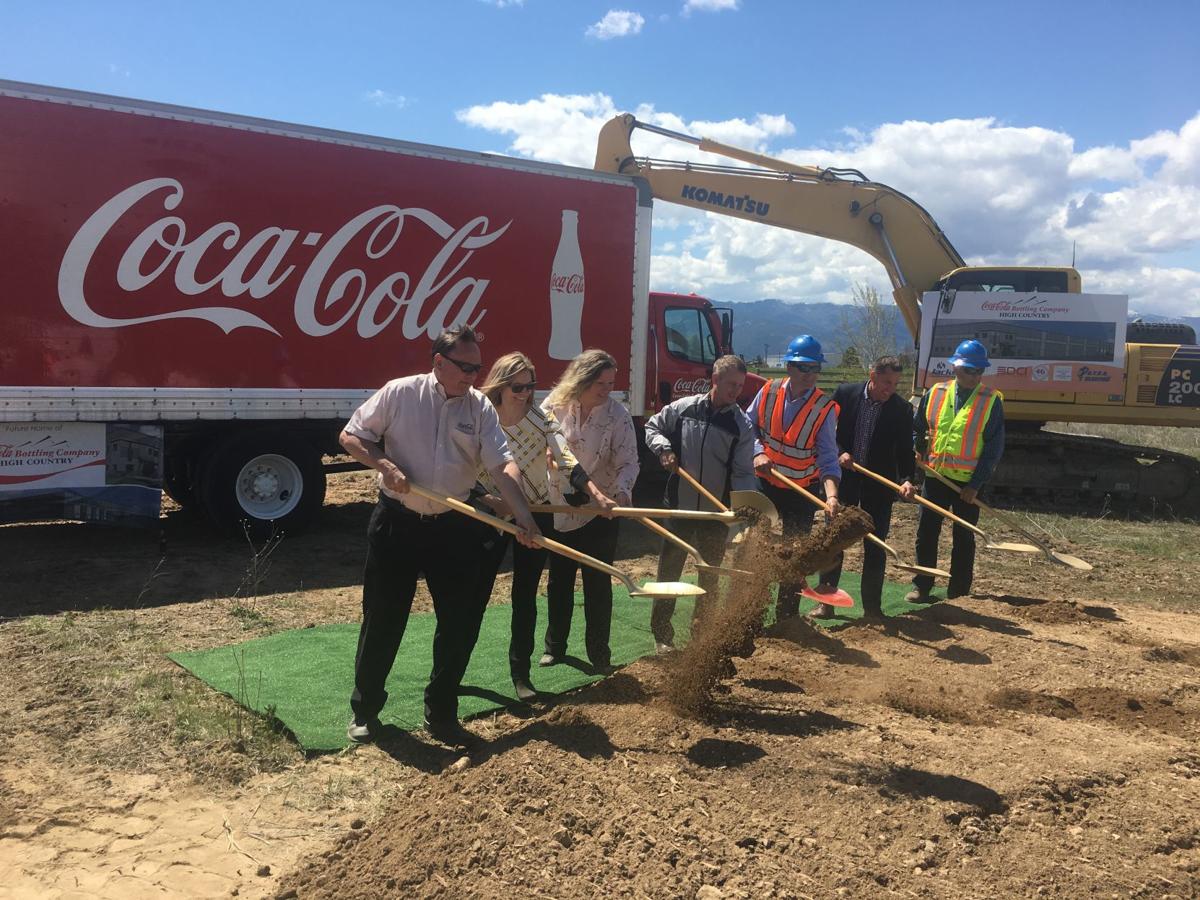 High Country broke ground on a new $9 million distribution center at the Missoula Development Park near the airport on Monday, May 6, 2019.

The five-acre site of the old Coca Cola distribution center is for sale for $4.5 million and is zoned partly for residential use.

The five-acre site of the old Coca Cola distribution center is for sale for $4.5 million after owners of the facility, High Country, broke ground on a new $9 million, 70,000-square-foot warehouse and distribution center. The property is zoned for both light industrial and residential uses.

High Country broke ground on a new $9 million distribution center at the Missoula Development Park near the airport on Monday, May 6, 2019.

The five-acre site of the old Coca Cola distribution center is for sale for $4.5 million and is zoned partly for residential use.

The relocation and expansion of the Coca-Cola distribution facility from South Third Street in Missoula to an industrial park near the airport was pushed along by Tax Increment Financing and means a prime piece of real estate is opening up for development.

This week, the owners of the facility, High Country, broke ground on a new $9 million, 70,000-square-foot warehouse and distribution center in the Missoula Development Park on Expressway Boulevard. It’s expected to open in the spring of 2020.

In 2017, the Missoula County Board of Commissioners approved distributing $600,000 in Tax Increment Financing (TIF) to pay for a new road at the site and other public right-of-way improvements. The money will be paid back by the new property taxes generated by the project.

And that means that a year from now, five acres of property at 2010 S. Third Street W., just down the street from the Good Food Store, will be vacant. The property is zoned for both light industrial and residential uses, contains two parcels, and is for sale for $4.5 million. The land is mostly surrounded by residential housing and non-industrial businesses, and now the noisy trucks will be out in the industrial park where the company has more room for its operations.

“I want to say thank you to the City of Missoula and the County for their support,” said Trevor Messienger, the CEO of High Country, a South Dakota-based Coca-Cola bottling company. “Without the TIF support, there’s a good chance that this project wouldn’t be happening. And so it takes really not just private business interests but it takes cooperation with local governments to make this sort of a project happen. We’re thrilled to be here.”

The county approved the TIF money in the hopes that the new road and infrastructure will allow other companies to develop the formerly vacant and undeveloped sites around the new Coca-Cola facility. Messienger said it would have been “cost prohibitive” for the company to build the road itself, and the company might have looked outside of Missoula County for a new location otherwise.

Grant Kier, the executive director of the Missoula Economic Partnership, said TIF is a useful economic development tool for undeveloped sites in the Missoula Development Park.

“Those Tax Increment Financing districts are really important for giving our developers the sort of confidence that the infrastructure’s going to be in place, there’s going to be a place for them to develop to expand and grow in the long term,” he said. “It’s been a great partnership and honestly it was a really visionary endeavor for our county commissioners to develop this business park when they did two decades ago.”

Kier also said the land where the old warehouse sits could be developed in a number of different ways.

“They’re very aware of what an important place it is and how much opportunity it has to serve many of our needs in our community,” Kier said. “Obviously, affordable housing is one of those big ones everyone’s looking at. We know it’s on the radar and we’re talking to people whenever they come into town about important sites.

"I think all eyes are on that to see it well developed and see it be a meaningful part of how that community moves forward in that neighborhood.”

Messienger said his company is well aware of how the centrally located old location could be valuable to the community.

“Our current facility has served the community for over 50 years and it’s been a good location,” he said. “But we really believe that location can serve the community of Missoula better with something different for the future, so we think this will be a win-win all the way around as we come out and become part of this great development park out here and hopefully have other businesses join us and we’re glad to be an anchor here.”

County Commissioner Cola Rowley said the TIF money for infrastructure enticed the company to move, which means a valuable plot of land opens up in the city and the county’s Development Park gets an anchor business.

“It’s exciting to see activity out here,” she said. “I think a lot of people think the county still owns the lots and that nothing is happening but really all the lots are sold and they’ve been waiting for the right economic climate and the incentives that are necessary to bring the infrastructure out to start really developing this part."

She said it’s energizing to see a big project come out to the Development Park.

"And I’m glad that we were able to help with the infrastructure costs to make this place attractive to them. They certainly had other options," she noted.

Rowley believes that although the $600,000 is diverted away from the county’s general fund that pays for roads and public health and other services, taxpayers are getting a good deal from the TIF program.

“I think they did" get a good deal, she said. “Not only opening up the valuable real estate in Missoula (at the old location) but the new development out here."

Having a distribution facility in a residential neighborhood isn't ideal, but Rowley said it’s a "very appropriate use" out near the airport.

Kier said the county did its part 20 years ago by creating the Development Park and now it’s his turn to keep things going.

“I think now the onus is on our generation and people like me to figure out what we’re doing today to make sure we’re ready for great businesses like this to move forward 20 years from now, and if we do that well we’ll continue to see great growth in our community,” he said.

The Missoula County Board of Commissioners met Wednesday and approved reimbursing a private development company up to $600,000 to aid in the r…