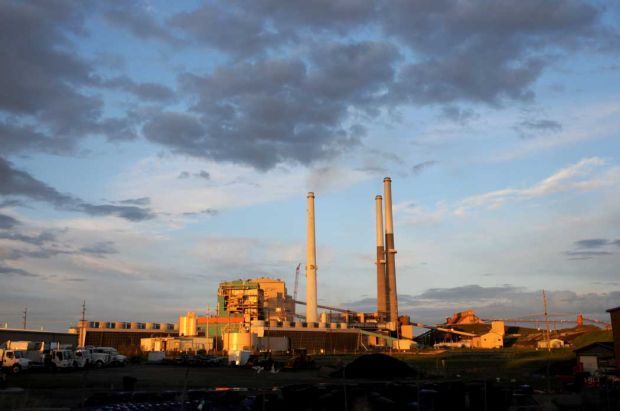 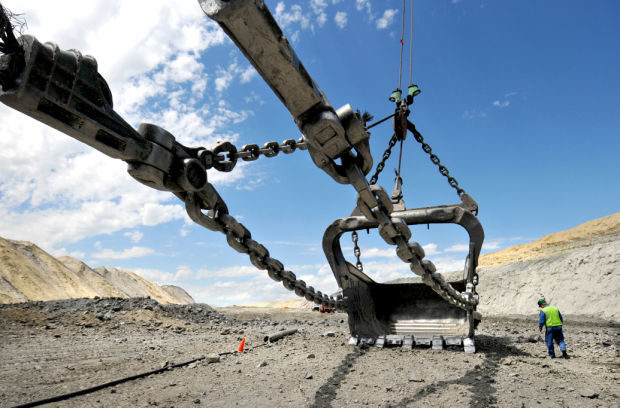 A worker at the Rosebud Mine in Colstrip is dwarfed by the 60-cubic-yard bucket on one of the draglines that operate constantly at the mine, as shown in this 2015 file photo. 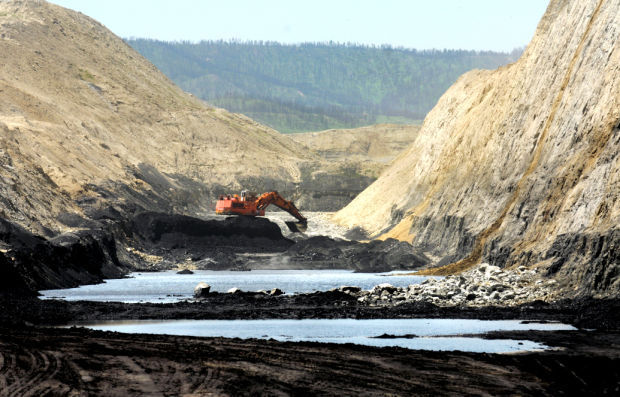 The Rosebud Mine will produce 10 million tons of coal this year to feed the Colstrip power plants.

The U.S. Environmental Protection Agency's Clean Power Plan, if enacted, could lead to the closure of the four-unit power-generating station in Colstrip, according to a study released last week by the Bureau of Business and Economic Research at the University of Montana.

"If you look at the emissions of Colstrip and the amount of tonnages that Montana has to eliminate, it does not mathematically show that Colstrip has to go. But it clearly indicates that it's going to affect Colstrip in some way," said Patrick Barkey, BBER's director and the lead author of the report.

The EPA released the final rule for the plan on reducing greenhouse gas emissions at the beginning of August. States must submit plans to reduce emissions from new and existing power producers.

According to the report, Montana must reduce those emissions by 47 percent, a figure from the EPA's own calculations, by 2030. That's the highest of any state.

In the scenario Barkey studied, it wouldn't make sense to operate the plant with only one and a half units.

Barkey said the options for Montana to comply are limited, but some include purchasing credits on the market. That would be complicated by how the markets are set up.

It would end Montana's status as an exporter of energy, he said, which would have ripple effects. Montana State University, for instance, buys its electricity on the open market and is given a discount because of the surplus. If Colstrip closes, "that discount goes away," he said.

In addition to the potential closure of Colstrip, compliance "will also require significant new investment in replacement generation assets, as well as in the transmission system improvement necessary to support them. As the regulation rolls out nationwide, it will significantly impact the price of wholesale and retail electric power."

Barkey said one takeaway from the report is "the special role that Colstrip plays in both our economy and our power grid. It's got more links to western Montana than you realize," he said.

The BBER report also calculated economic losses within three years of the plan's enactment if Colstrip were to close:

“This report reaffirms what Montanans have long known: Montanans can’t afford President Obama’s anti-coal agenda and this could be the biggest economic impact in Montana in decades. President Obama’s job-killing, anti-affordable energy regulations will devastate significant parts of Montana’s economy and likely shutter the Colstrip power plant," he said.

Critics of the study, which was commissioned by NorthWestern Energy, say that it uses flawed assumptions.

University of Montana economics professor Tom Power said the report “earns a big red F and shouldn’t serve as the basis of any policy decision. It is based exclusively on extreme assumptions about the Montana impacts of the Clean Power Plan regulations that NorthWestern told the authors of the report to use."

He said other utilities, which own 90 percent of the Colstrip plants, aren't making similar claims, and that Colstrip 1 and 2 have been in line for decommissioning for years.

Power also noted that the state of Montana, not NorthWestern, will develop Montana’s plan for meeting the Clean Power Plan's objectives of reducing the state's contribution to carbon pollution.

He said the EPA tasked states with generating their own plans for meeting the targets, and that Montana has only recently assembled a committee to do so.

He argues that the closure of the Corette power plant, plus Colstrip 1 and 2, plus the MDU Resources coal-fired power station near Sidney would "get us where we had to go."

In addition, he said the EPA will allow states to meet requirements by boosting renewables, increased energy efficiency and purchasing carbon allowances.

"All you need is a pencil and the back of an envelope and some basic knowledge of the electric energy infrastructure to know what BBER assumed and what NorthWestern assumed has nothing to do with reality," he said.

Gov. Steve Bullock, a Democrat, issued a statement as well.

“The federal government’s decision to penalize Montana more than any other state was wrong, but we do not agree that this report is the only window into what Montana's future looks like.

"We all know Colstrip plays an important role in Montana, and that’s why we need to work together as Montanans, to develop a solution that protects consumers and our economy while also addressing the threat of climate change."

'A hand up, instead of a hand out': Montanan helps Ugandan women profit from crafting

HELENA – JoAnn Maffit of Helena picked up a bag of handmade paper beads, looked them over and then bought out the rest of the supply.

C is for Colstrip: Where power plants bring a hive of activity

COLSTRIP – Forty years later, what do you expect of Colstrip? A town awash in coal money? Yes, though not so much as in the flush days.

COLSTRIP – The sky’s the thing here, or one of the big things.

Montana awash in a sea of 'C' towns

Pity Jack Culbertson. He and the wife and kids had a ranch in northeastern Montana in 1887 when Jim Hill punched his Great Northern Railway th…

A worker at the Rosebud Mine in Colstrip is dwarfed by the 60-cubic-yard bucket on one of the draglines that operate constantly at the mine, as shown in this 2015 file photo.

The Rosebud Mine will produce 10 million tons of coal this year to feed the Colstrip power plants.