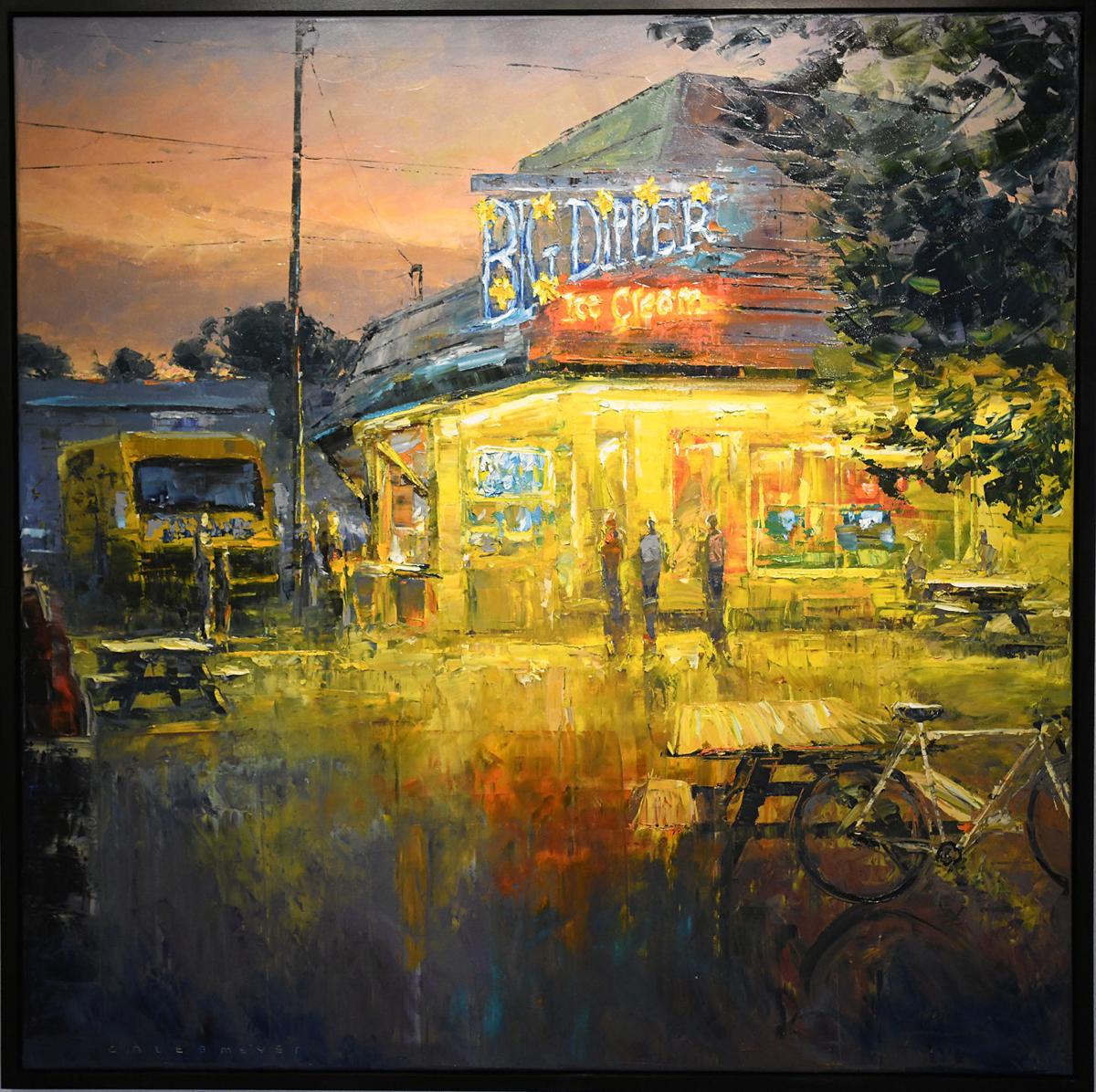 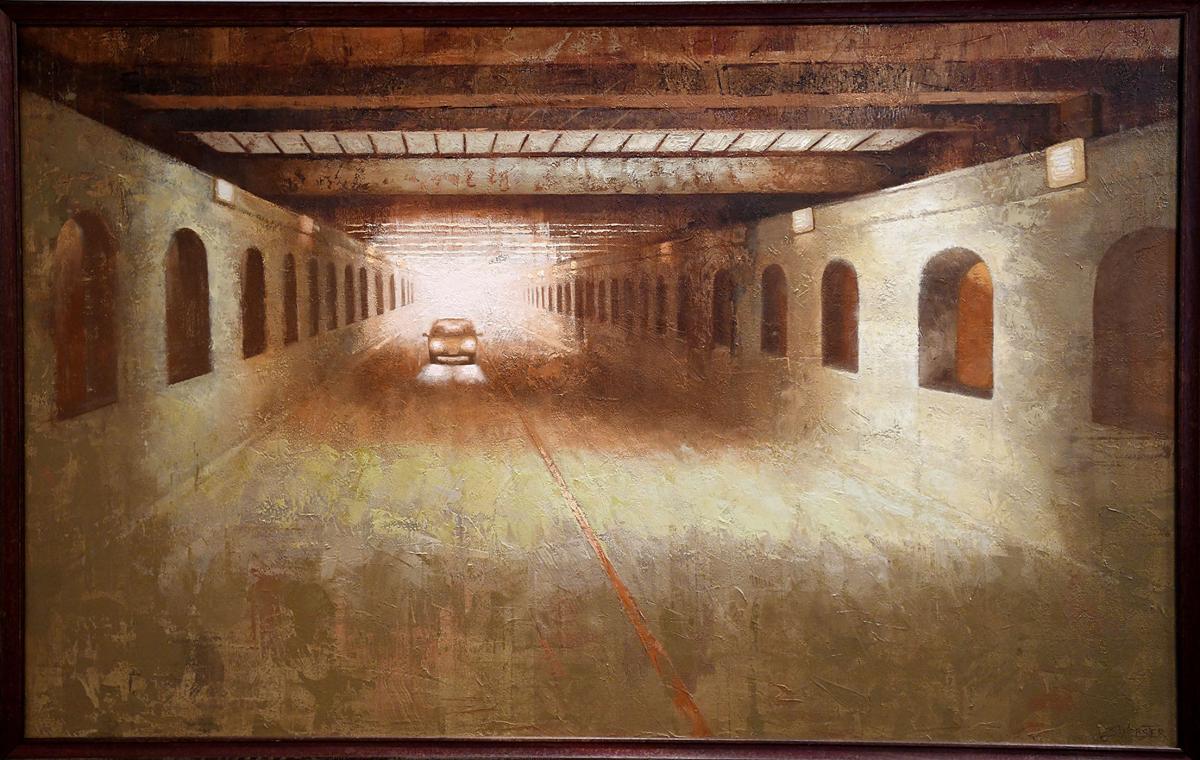 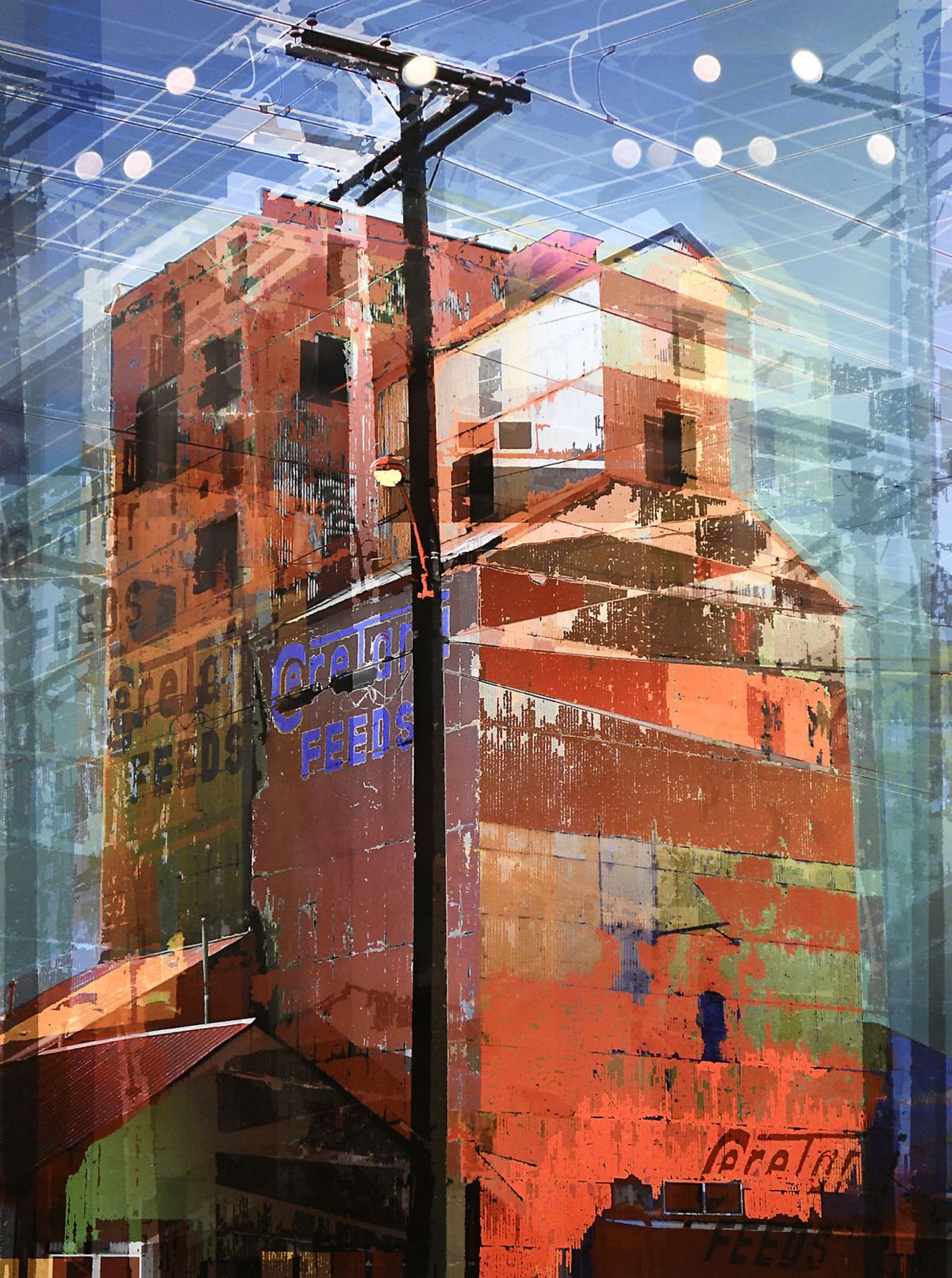 Ask for an interpretation of an artist's hometown in Montana, and you might get a scene of a historic building.

It might be under demolition, it might be going up. Or you might get a scene of a trailer on the edge of town, or an ice-cream shop on Higgins Avenue.

The call for submissions the Dana Gallery put out a year ago for “Our Town,” its new juried exhibition, said the goal was “to not only show the physical nature of your community but, if possible, raise the awareness of the togetherness and sense of community still present in many of our cities, towns and neighborhoods,” regardless of style or medium.

They also wanted “breadth of artists,” including those who might not show often in our corner of the state, said Liz Weatherby, the gallery’s assistant director. Beyond that, they wanted the diversity and “different ways of life within the state.”

The call went out around Montana. They received about 300 submissions from more than 100 artists, and selected 70 artists, with 100 works total. The former space occupied by 4 Ravens Gallery next door hasn’t been leased yet, so the Dana made more room for all the pieces.

Owner Dudley Dana said it’s similar to their prior “Icons of the West” group shows. From the nature of the call, he’d expected more urban buildings, but they received many scenes that depict the landscapes, outskirts or disappearing parts of communities.

For instance, Todd Smith painted a local landmark in the process of deconstruction in “The Merc Still Shines.”

While the idea feels timely, it had been floating around in the gallery for three years, Dana said. Last year, Tiffany Carpenter, a sales associate, took the lead and pushed for it to come together. They advertised around the state starting last year to get outside Missoula.

Hall was pleased with the variety in both artists and subjects including less-familiar names, she said.

“This town is full of amazing artists and I thought it was pretty neat to see more people represented,” she said. As an example, she mentioned Casey Opstad’s painting of Mount Jumbo, with its mix of abstract and linear interpretation.

You will see yet more hyperlocal Missoula scenes, such as Caleb Meyer’s palette-knife interpretation of the Big Dipper lit up by neon after dark. Peter Keefer took a picture of the Ceretana, and rather than present it as a stark image of a grain tower, digitally modified it with a rainbow palette of interlocking color overlays. It’s not the only grain elevator — Helen Reitz’s “We Can Not Stand Forever,” shows one along railroad tracks in a field next to a few collapsed grain bins. While it fits in with the rest of the show, it’s a densely applied watercolor, a medium the gallery doesn’t exhibit often, said Claire Meyer, an administrative assistant.

Landscapes, urban and rural, are seen throughout the show, some scenes more familiar than others. Shannon Webster of Whitefish found a perspective that’s usually seen through a windshield rather than paint — what could be the Orange Street underpass with a single car heading toward the viewer — which despite the way that sounds, is unmenacing, backlit by summer sun on the other side. (It’s called “Lighting the Way.”) Her somewhat magic realist scene, “Between Worlds,” surrounds the new Missoula Public Library abstract, blotchy forest.

Richie Carter’s small painting, 14 by 18 inches, depicts a trailer in a field, as seen from the road, with forested mountains obscured by delicately rendered fog. The property is positioned far from a string of lights of other houses in the distance in the piece, titled “If I’d Known I’d Be Doing this Alone.” Carter, a 2012 University of Montana art graduate, grew up in the Kalispell area and lives there now. It’s a moody scene that you’d more commonly expect to see in a photograph.

Dana was struck by Scott Switzer’s “Our Town,” with its quirky hodgepodge of people and animals lining the Clark Fork River with Sentinel in the background.

The opening last weekend drew around 100 people over the course of the afternoon, a throwback to older times. To Dana, it felt like one of the first weekends where “all of a sudden, everyone felt free to do something like that, so there was a certain spark.”

The Dana Gallery’s juried exhibition, “Our Town,” is on view through July 3.  It includes 100 works by more than 70 artists. For more information, go to danagallery.com.

Will Smith’s memoir is coming soon

Will Smith’s memoir is coming soon