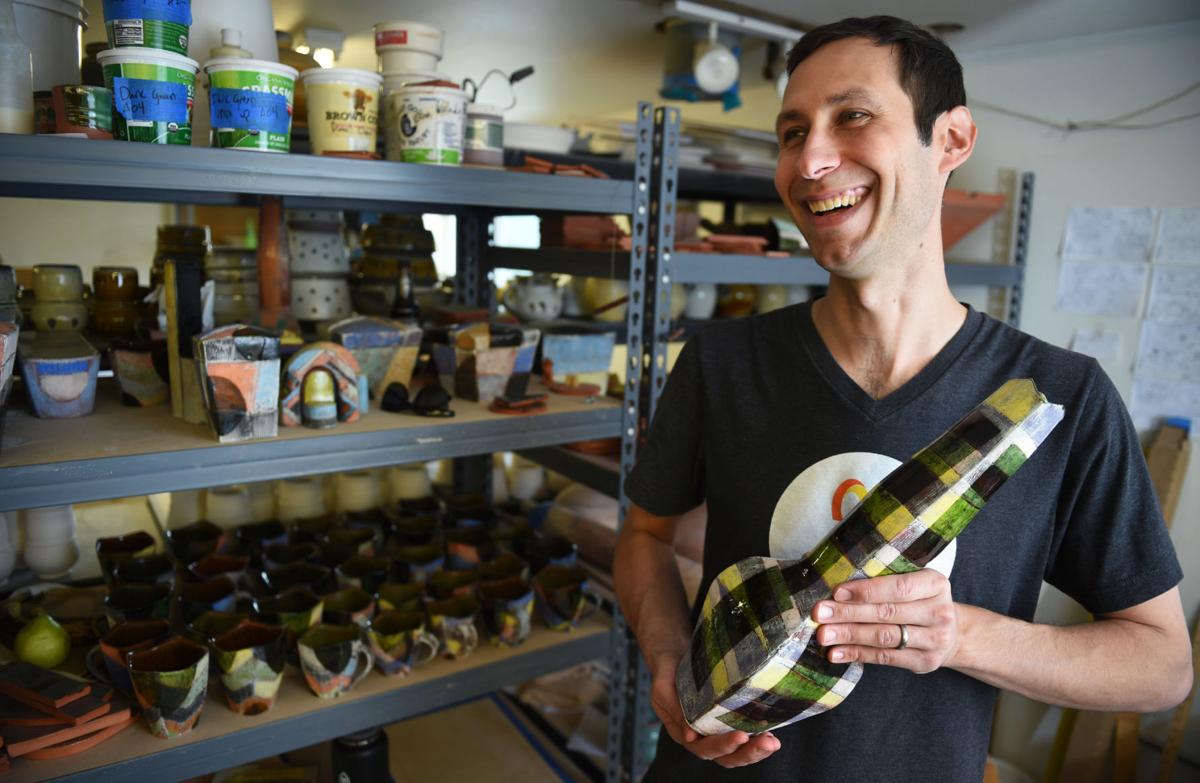 Andrew Avakian stands with one of the pieces he made in preparation for his exit show at the Clay Studio of Missoula in 2018. Avakian was a resident for two years and has continued his career here in town afterward. 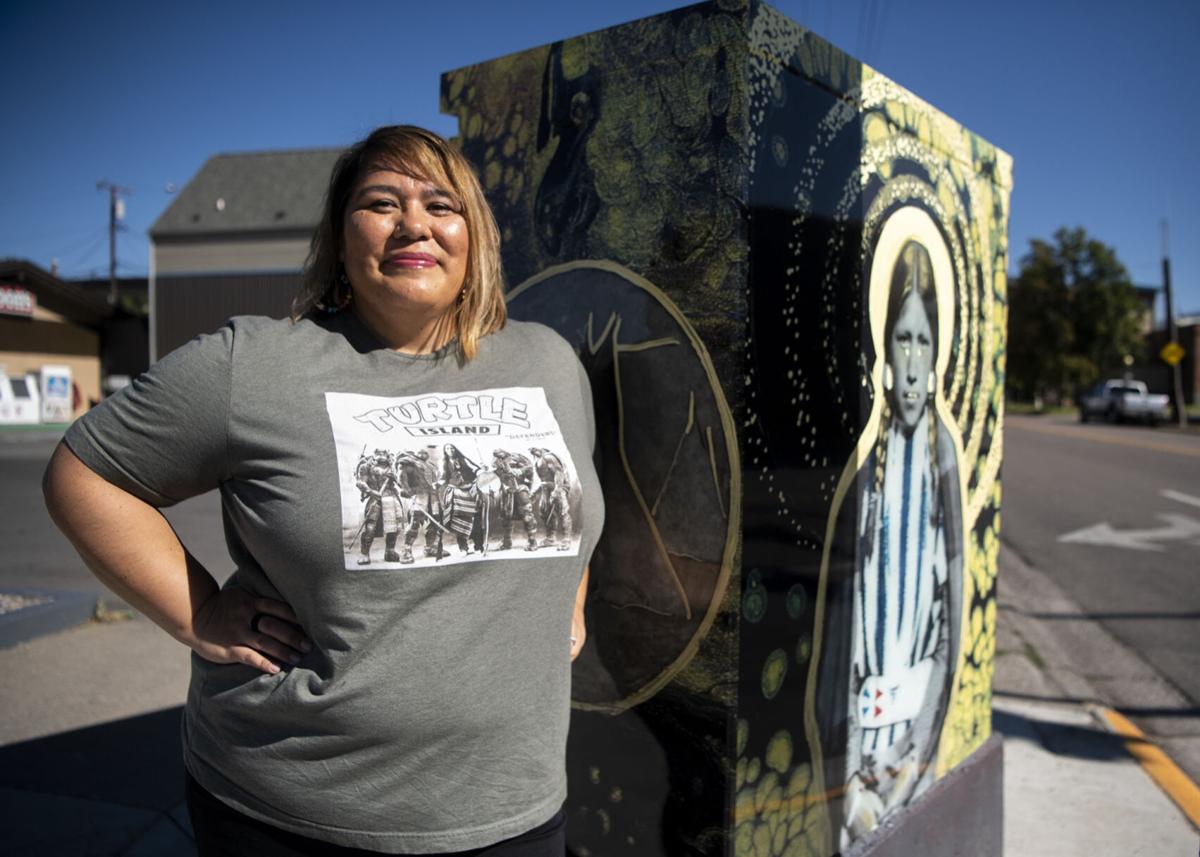 Monica Gilles-Brings Yellow stands next to her traffic signal box piece, "Homelands," on the corner of Madison Avenue and Broadway in fall 2020.

Executive director Tom Bensen said there were roughly 60 applications that showed the “breadth of talent we have in this community.” The applications were open to any kind of visual or performing arts, regardless of career stage, as long as they live in Missoula County.

There were no strings attached to how they use it. Bensen said that Missoula’s arts community is rich but it’s still difficult. This way, the grants “ensure that recipients would be able to engage with the community,” he said.

Avakian, a long-term resident alumnus of the Clay Studio of Missoula, makes functional wares with surprising angles and layered color schemes. Since his residency ended, he's been developing his career.

During the pandemic, interactions with artists and the public were more difficult because he has vulnerable family members, he said. “I moved to selling art online directly and through galleries and was able to grow as an entrepreneur because of it.”

He applied for a grant to help buy a new kiln so that his studio is outfitted with all the equipment he used to use elsewhere.

“As a parent the need to work efficiently and effectively every time I step into the studio makes having everything I need to make my work in one place essential,” he said.

Gilles-BringsYellow, a Bitterroot Salish mixed-media artist, uses historical photographs set on abstract backdrops to highlight images of ancestry. Her work has been exhibited at the Zootown Arts Community Center, the Allez! temporary mural space, and is on a traffic signal box at the northeast corner of the intersection of Madison Street and Broadway.

In a September interview, she said her art changed and developed during the pandemic. She’s going to use the money to buy supplies and mediums to explore and try new techniques, according to the news release.

Morris, a musician, recently released an EP, “Operating from the Subconscious,” with Dylan Dwyer. She’s also been involved with the music scene in other capacities — she’s been active with the Montana Area Music Association since it was started, and records a podcast, “A Rhythm Runs Through It,” that spotlights local musicians.

The pandemic forced a change of pace from a prior attitude of wanting to do as much as possible. “The pandemic showed me I’m a lot happier when I can allow myself to slow down and I hope to continue that mindset going forward in life,” she said.

She applied with a specific purpose in mind — a Nord keyboard for recordings and gigs that she’d always wanted but hadn’t been able to save up for entirely.

“I cried happy tears when I found out. I really didn’t think I’d ever be able to get the keyboard,” she said.

Bensen said they decided to give out three sizable grants rather than a larger number of small grants. The fund, which they’d been discussing prior to COVID, relied on existing funds, unspent COVID-19 relief money, and donations.

Bensen said they plan to disperse another round of grants this year, although the timing might change and they’re considering opening up the pool beyond the visual/performing arts definition.

This article had the wrong last name for Callie Morris.

A total of 50 nonfiction feature films and 95 shorts from around the world will play.

The historic railway depot that houses the Boone and Crockett Club will get a restored roof and other improvements, thanks to some large grant awards.

Ronnie Spector, influential singer of the Ronettes, dead at 78

Ronnie Spector, influential singer of the Ronettes, dead at 78

Andrew Avakian stands with one of the pieces he made in preparation for his exit show at the Clay Studio of Missoula in 2018. Avakian was a resident for two years and has continued his career here in town afterward.

Monica Gilles-Brings Yellow stands next to her traffic signal box piece, "Homelands," on the corner of Madison Avenue and Broadway in fall 2020.