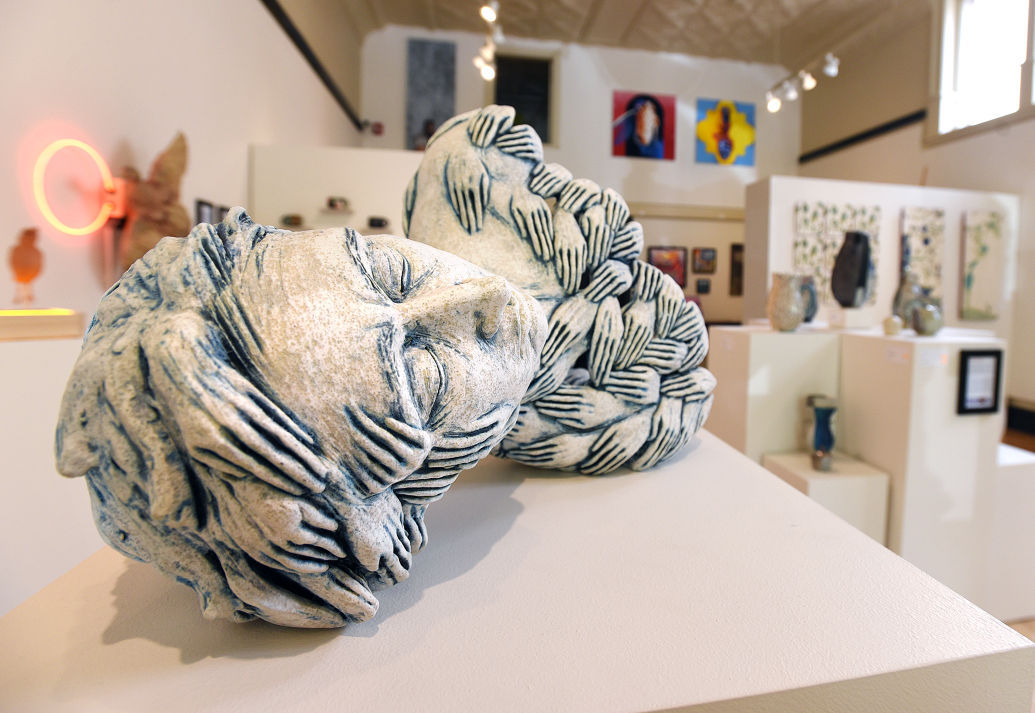 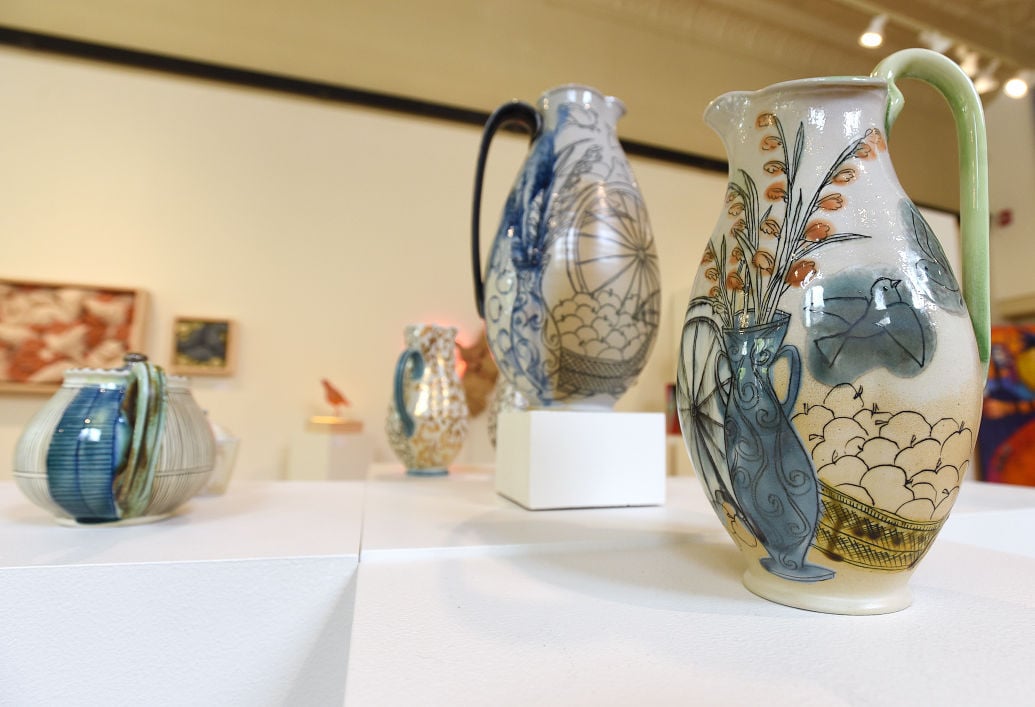 A group exhibition, "Surface + Substance: Intersections in Clay," serves as a useful reminder of Montana's reputation in the ceramics world.

The show at Radius Gallery, with no shortage of eye candy, innovative technique, traditional pottery and iterations of all three, was curated co-owner Jason Neal. The gallery, which opened in fall 2014, has never had a ceramics exhibition before, so they initially approached two artists for advice: Adrian Arleo, a local ceramicist, and Julia Galloway, a professor at the University of Montana and nationally exhibiting artist.

They provided a long list of artists from the sculptural and functional sides and a range of artists throughout their careers, from established professionals to younger artists, and all over the state.

Neal narrowed his selections to 11 artists and over 100 individual pieces that fill the bulk of the gallery on West Main Street.

"Everybody needs each other. You're using the kiln after someone else. There's a lot of camaraderie," Simon said.

Many of them have connections through the state's clay centers and state university programs, with lineages of instructors and students-turned-instructors.

"In some ways it feels like contemporary ceramics is still full of wild exploration and a real encouragement of that," Neal said.

Represented in the show are reminders of the state's rich ceramics history: Many are alumni of the Archie Bray Foundation, the Helena institution that served as ground zero for ceramics in the state because of Peter Voulkos and Rudy Autio.

Autio founded the University of Montana's ceramics department, another significant driver of ceramics here. One of his students, Beth Lo, is now an internationally exhibiting artist and a UM professor herself.

Lo in turn has mentored another generation of students, such as Crista Ann Ames, an MFA graduate who had a summer residency at the Bray and is now a long-term resident at the Clay Studio of Missoula.

In 2013, Ames was featured in Western Art and Architecture's "Ones to Watch" column.

Neal and Simon said it's notable that none of the three artists in that lineage of mentorship have similar styles, only a shared freedom in their approaches.

Lo is represented by abstract figurative sculptures and plates with elements of painting and drawing, while Ames' work is solely sculptural. The Washington native contributed works that mix ceramics and wood: such as a human or animal head with curving horns sculpted from plywood.

"She's so fearless in what she's willing to take on," Neal said, citing the scale and technical difficulty.

Arleo, too, builds technically challenging figurative sculptures, such as a human head with shoulders assembled from rows of small hands, lying on its side.

Randi O'Brien, a professor at MSU-Billings, includes wood in her sculptures. She contributed a series of "Orangeries," in which somber ceramic bird heads and orange peels are carefully arranged in wall-hanging boxes.

Slipcasting, a technique that employs molds to mass produce ceramic objects, is represented by several artists: Shalene Valenzuela, the Clay Studio's executive director, contributed a set of three saws. The identical forms are subsequently painted with different imagery that questions '50s attitudes toward women. Alison Reintjes of Missoula offered sets of mugs and a bowl slipcast from multiple molds, resulting in complex geometric forms and a subtle eye for color combinations.

Further toward the functional and extreme end of technique are two veteran educators: Galloway and Josh DeWeese. Galloway's vases bear intricate layers of color, elements of drawings and in one case, lettering. DeWeese, of Bozeman, contributed a large pot coated with an abstract expressionist use of glaze.

Griffin, a Helena resident, pushes drawing further as a key element of her work, with scenes of birds on panels inspired by naturalistic illustrators, Neal said.

Further from natural inspirations is the work of Christopher Dufala, who's interested in trompe l'oeil ceramics, and subtly subverting the idea of such a thing. One piece resembles a turntable, yet the record is imprinted with old newspaper columns. Another resembles a television, but is constructed of metal-like elements that no TV would be constructed from.

There are "elements telling you it's not a television, yet the form is still so clearly a TV," Neal said.

Dufala has been teaching at the University of Montana for a year. Before that, he ventured to here from out of state, drawn by one of Montana's best gigs for artists in his field: a residency at the Archie Bray.

With its reputation for regional landscape paintings and its plein air events, there's not much evidence the Dana Gallery opened 20 years ago …

A multi-generational acoustic duo stays in a mellow, lovelorn mood on its latest album.

Local troupe brings Pulitzer-winning play, 'The Flick,' to the Roxy

Once the movie's over, you exit the theater and it's back to reality. For the workers at the movie theater, that reality is cleaning up the po…