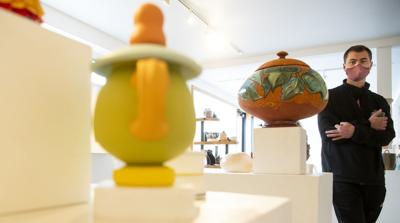 The theme of the nonprofit ceramic center’s “Potsketch” auction fundraiser is democratic in a way. The artists are invited to submit a piece (some naturally push the boundaries) that fit in those dimensions, and the bidding for each piece starts at $50.

“The idea is that everyone is given the same tools to create a ‘pot sketch,’ so the spirit of it is everything starts at the same price and just gets built up,” said Shalene Valenzuela, the executive director.

In addition to the sketches, there are numerous 3D works by artists like Beth Lo, Julia Galloway, Kensuke Yamada and more.

The exhibition opens on First Friday (see box), but bidding and the virtual event are all online again this year, since their usual in-person gathering at the University Center Ballroom isn’t viable. In 2020, the show was scheduled to open on March 29, but they had to move to virtual.

With all of the pivoting last year, they had no idea what to expect, but everything sold — one potsketch went for $500.

While a frequent comment was that people missed coming in to experience the work in person, Valenzuela said the small-scale works translate well in an online auction format since they’re easy to envision in a home with less investment of space.

The fundraiser goes toward the center’s programs — community classes for kids and adults; studio space for local residents; rotating artist residencies that help develop careers and bring new voices to the city; and monthly gallery exhibitions.

The sketches cover all mediums and styles. Matt Hamon, a UM art professor, contributed a striking photograph of a massive cloud dropping rain. Some contributors are ceramicists whose style translates to 2D, such as Alison Reintjes’ patterned watercolor, or Andrew Avakian’s abstract mixed-media, or Courtney Murphy’s gouache still life, which includes paintings of her ceramic pieces and her recognizable motifs. Max Mahn, a printmaker, drew an intricate bouquet in pen and ink.

The 3D pieces include local artists, or artists with local ties, and both with national followings. Beth Lo donated a set of two containers, part of a series on take-out from two cultures. A traditional, Chinese take-out box (made from porcelain) is painted with a child eating a hamburger; meanwhile, on a Styrofoam-style fast-food container, a child eats noodles with chopsticks. UM art professor Julia Galloway donated a "Water Ewer with Flower Drawing" — a porcelain saucer base, ewer and cup — that all stack together with aligning decorative plants. Kensuke Yamada, a native of Japan who earned his MFA at UM and then developed a large following, donated a stoneware sculpture of a head with a color scheme of blues, pinks, whites and yellows. It's titled "My little precious head called Obnoxious by unknown."

There are more “petite” ceramic pieces this year, too. One is a set of tumblers and shot glasses by Chris Dufala, a former Montana resident, who used press plates from old publications to “wrap” the type around the vessel.

The colorful work and movement around the studio on a recent weekday morning didn't give much sign of the tumultuous year that preceded the auction, beyond staff members wearing masks as they moved sometimes very large vessels around or worked huge slabs of clay.

“We had no idea how things were going to go,” Valenzuela said.

Their big question as a nonprofit was “how do you serve your mission while people don’t have access to your facility and you’re not able to engage with them?”

They received CARES Act funding through the Paycheck Protection Program and the Montana Arts Council that helped them recoup some of their lost revenue. “We were shut down basically,” she said, from mid-March through July, when they were able to start up community classes again.

The money helped pay for modifications to the classrooms so they could resume with two-thirds capacity. (They might be able to transition to longer class schedules in the fall depending on CDC guidelines and other factors.)

They did not have to cut any staff positions, though. It was “budgeting in a time of uncertainty,” regarding revenue or potential future shutdowns, she said, and “taking a leap of faith.” It helped that their programs don’t require a high density of people. The classes weren’t too large to begin with. Their studio rentals, open to community members, allow folks to “come and go independently and are able to comply by distancing guidelines.”

They developed at-home clay kits for families and educators to use in classrooms that they plan to continue offering as things ease back to normal. Resident artists created online tutorials, anywhere from 20 minutes to nearly an hour.

Yet ceramics is “a very community-based medium” because of its many aspects. “It does take a village to run certain things because it’s so facility-heavy” with kilns, equipment, etc.

There are also pieces by two of its current residents — artists who stay for multiple years. They get studio space to develop their work and display it, and teach classes for the community.

Ben Blackwood is on his second year as the wood-fire resident — he makes large-scale vessels with richly textured, blackened exteriors. Last spring, he’d been putting in long hours at the anagama kiln outside of town when COVID hit, followed by stay-at-home orders. They ended up leaving the fired work sealed in the kiln for almost eight weeks while they figured out the logistics of safely moving it.

During the pandemic, he was able to spend more time setting up his business, website and online presence. Sales for his work online were “shockingly good,” he said. He timed his sales around the holidays and the arrival of stimulus checks, and shipped 200 pieces.

As part of his residency, he also teaches classes open to the community, where the ages range from 17 to retirees. While the number of students has been limited, he said they’re happy to be there.

“Most of them are just excited to have a sense of normalcy,” he said.

Valenzuela said vaccinations have enabled some of the older members to come back, another step back toward their usual atmosphere.

It was “nice to be able to regain some of that once we reopened, because a lot of the people who come here — the community members who come here to be studio artists and rent space — really enjoy being a part of that — being in a community, engaging with each other, and working together,” she said.

Here’s the dates around the Clay Studio of Missoula's 2021 "Potsketch" exhibition.

The hourlong closer features artists talking about their favorite pieces in the show and other features. Go to potsketch2021.givesmart.com/

The lore around Missoula’s rock scene is often shared piecemeal, in retrospective articles, social media posts after someone unearthed an old …

Mara Panich is buying the store after its owner, the not-for-profit U Center Bookstore Inc., declared bankruptcy.

The swing is real and the delivery is virtual this year at the Buddy DeFranco Jazz Festival.

Wildlife Film Fest goes online, outside for a month

The International Wildlife Film Festival is expanding its habitat this year, with movies streaming online and at outdoor screens around town for a full month.

Virtual classes and performances have become the norm after a year of social distancing and off-and-on lockdowns, but it can sometimes be hard… 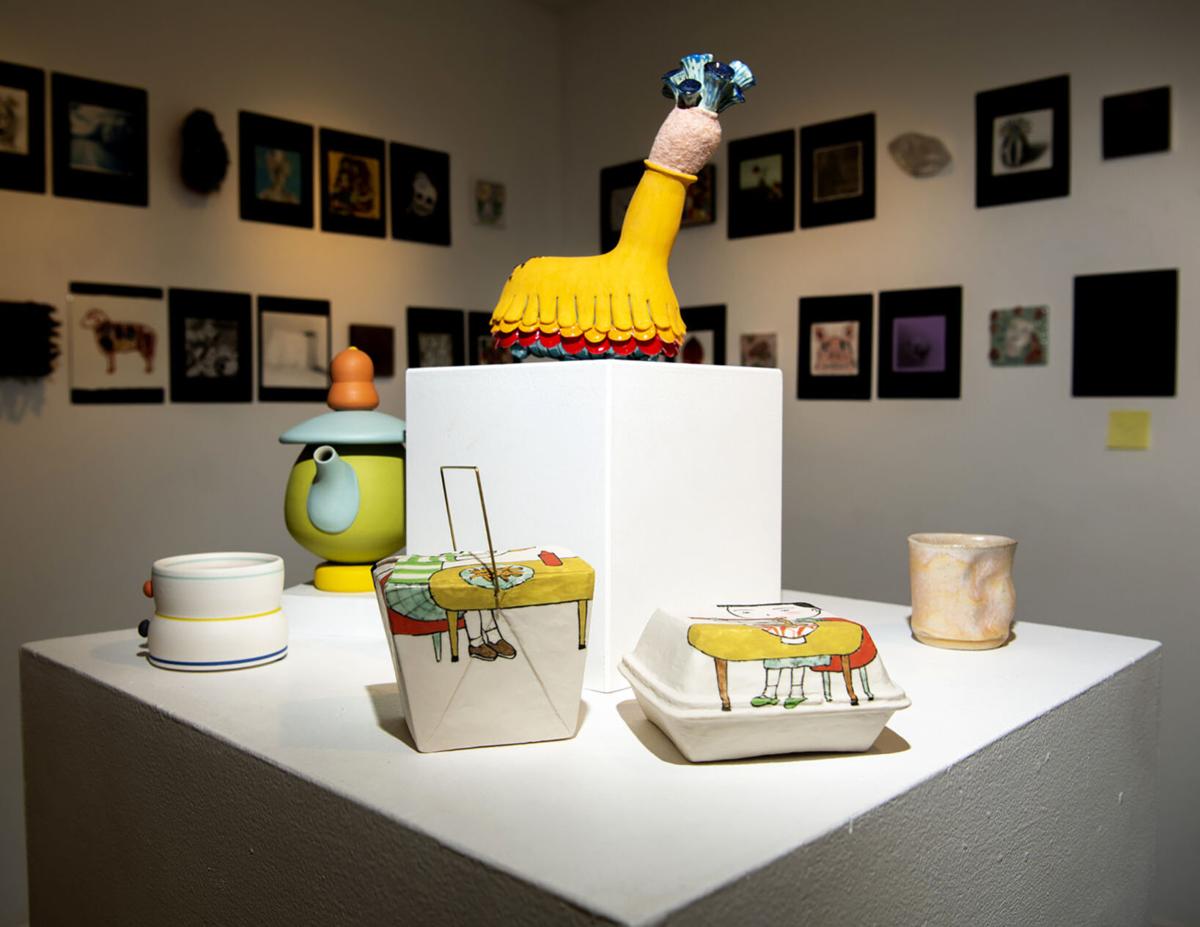 The Clay Studio of Missoula's annual Potsketch, a fundraiser for the studio's facilities and programs, will allow for limited in-person attendance to preview the works. The artists here are (from top, clockwise) Sara Catapano, Stephanie Dishno, Beth Lo, and Chris Alveshere. 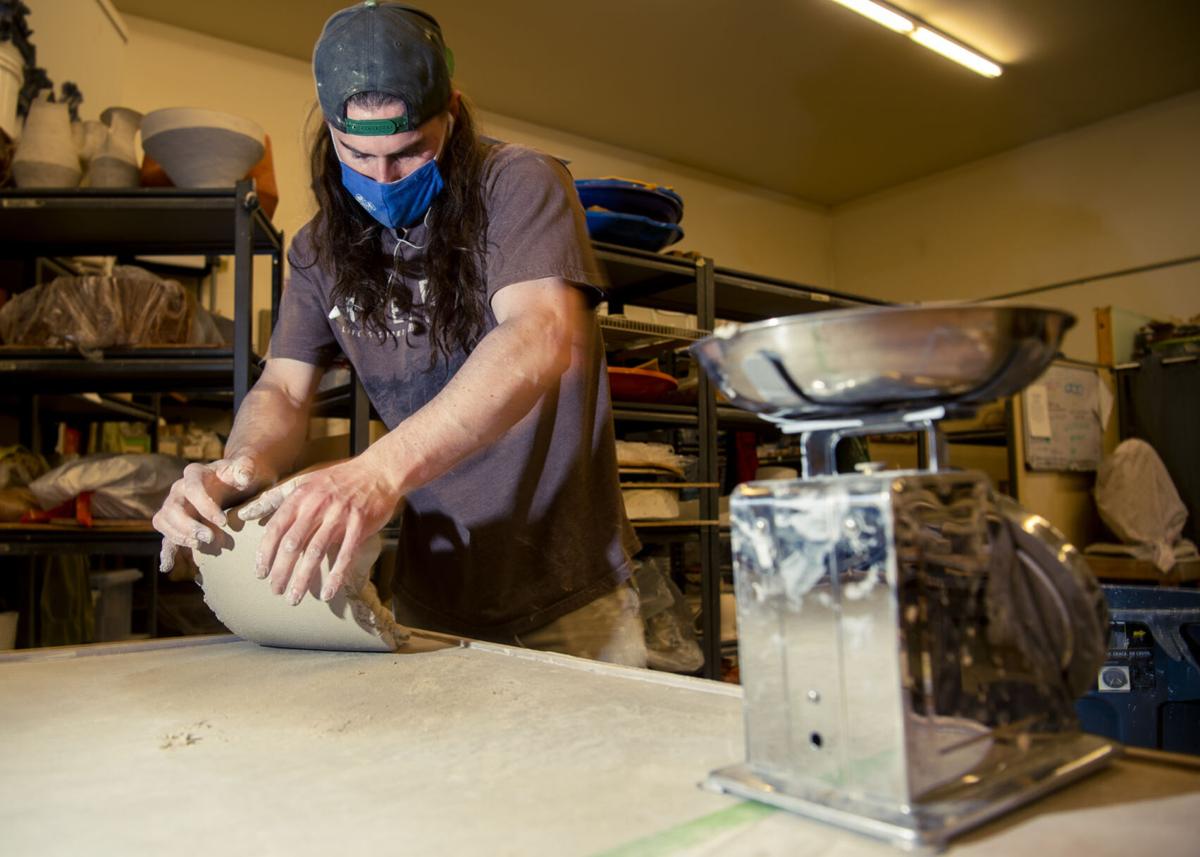 Pat Hoban, a second-year intern at the Clay Studio of Missoula, works with clay for a charcuterie board at the studio. 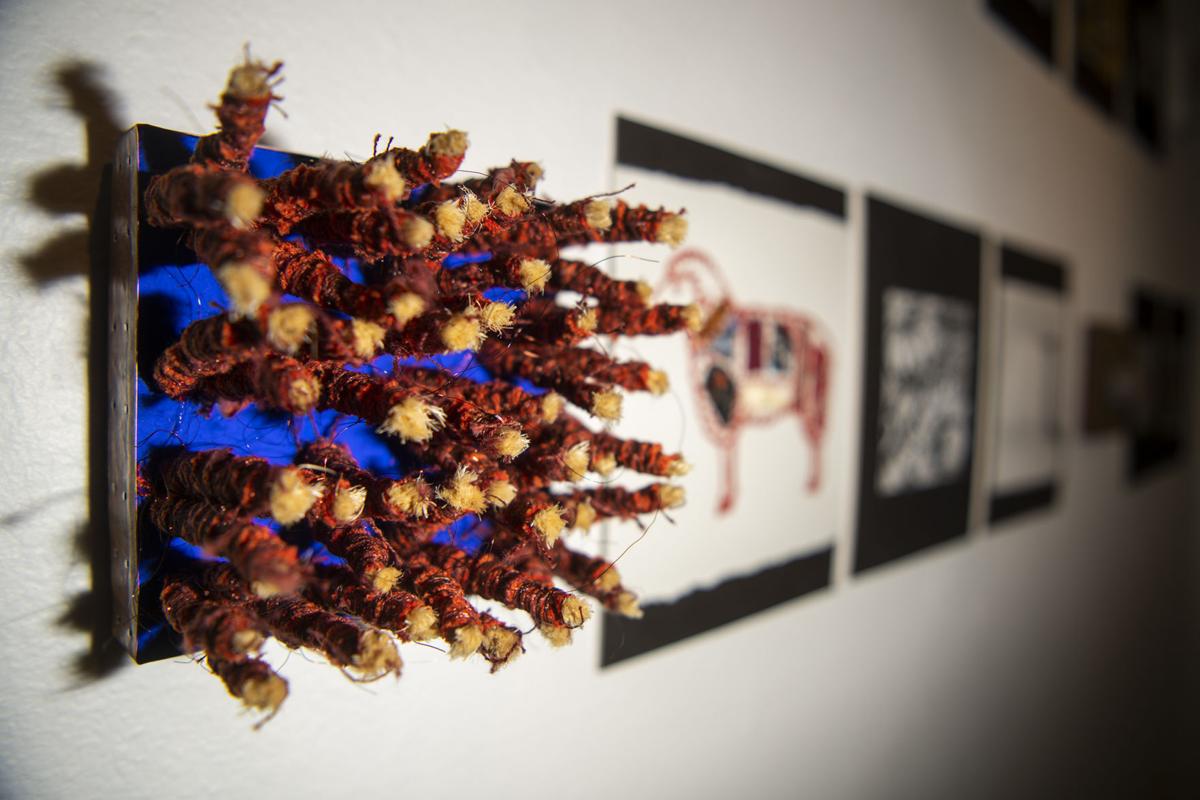 Potsketch by Cathryn Mallory on display at Clay Studio of Missoula this week. 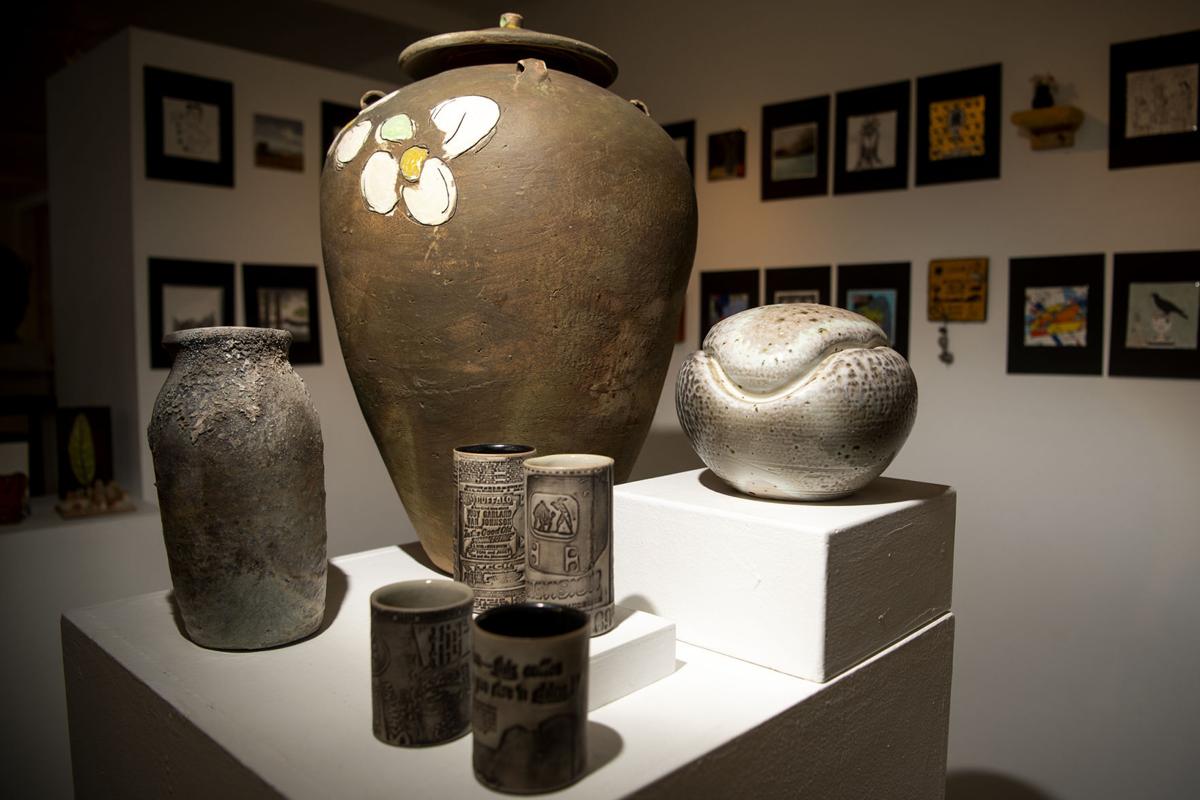 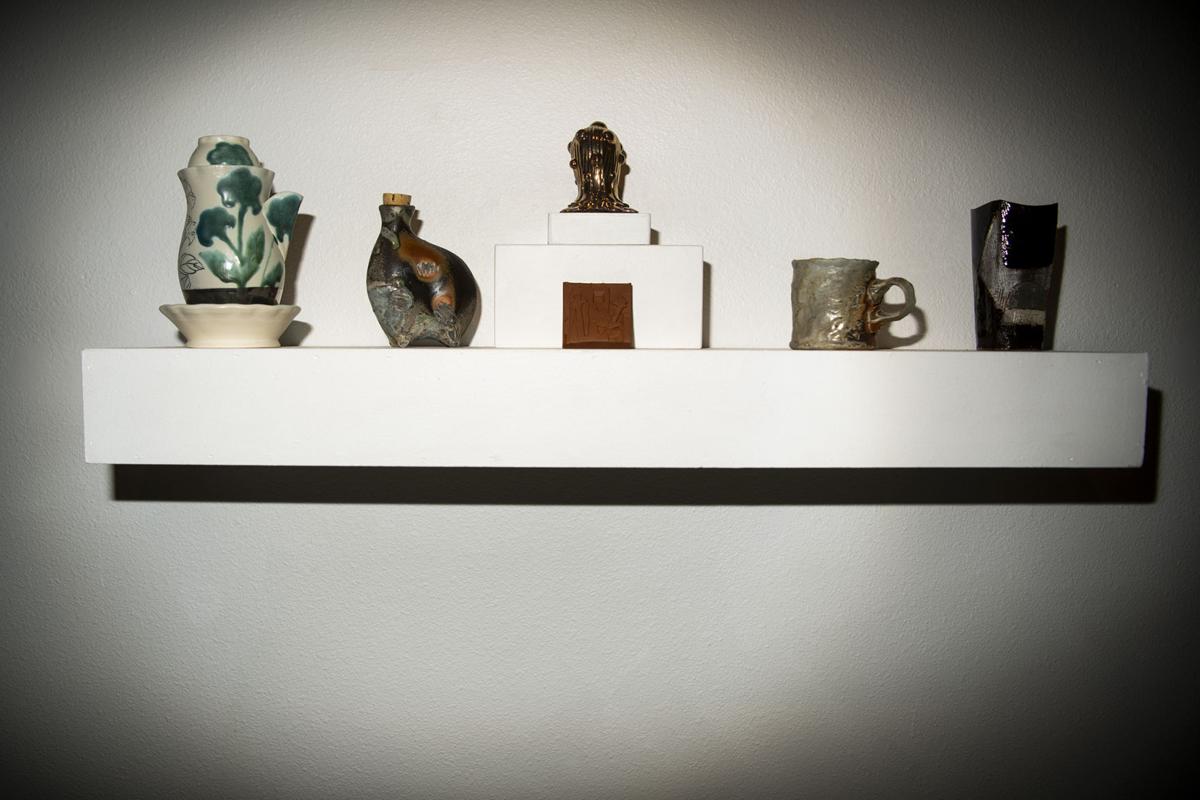 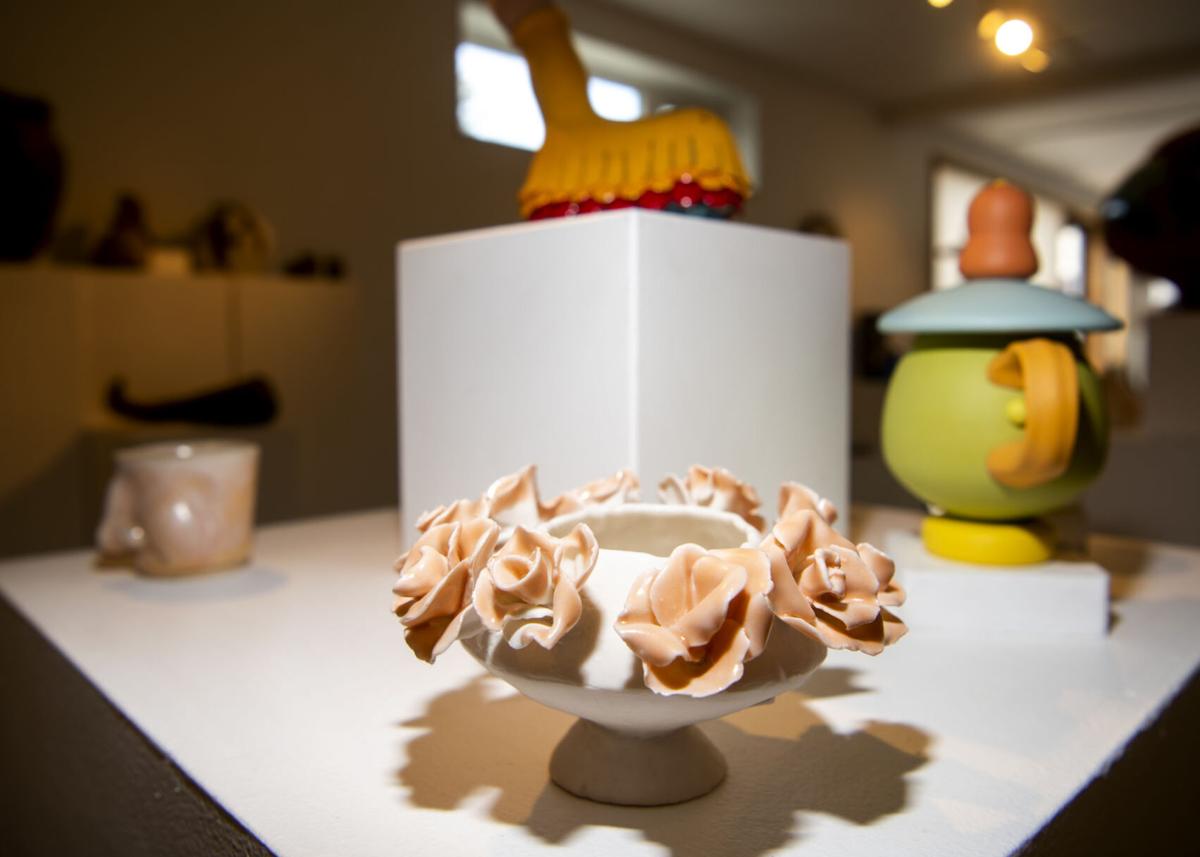 Petite vessel by Jazmine Penelope on display at Clay Studio of Missoula this week. 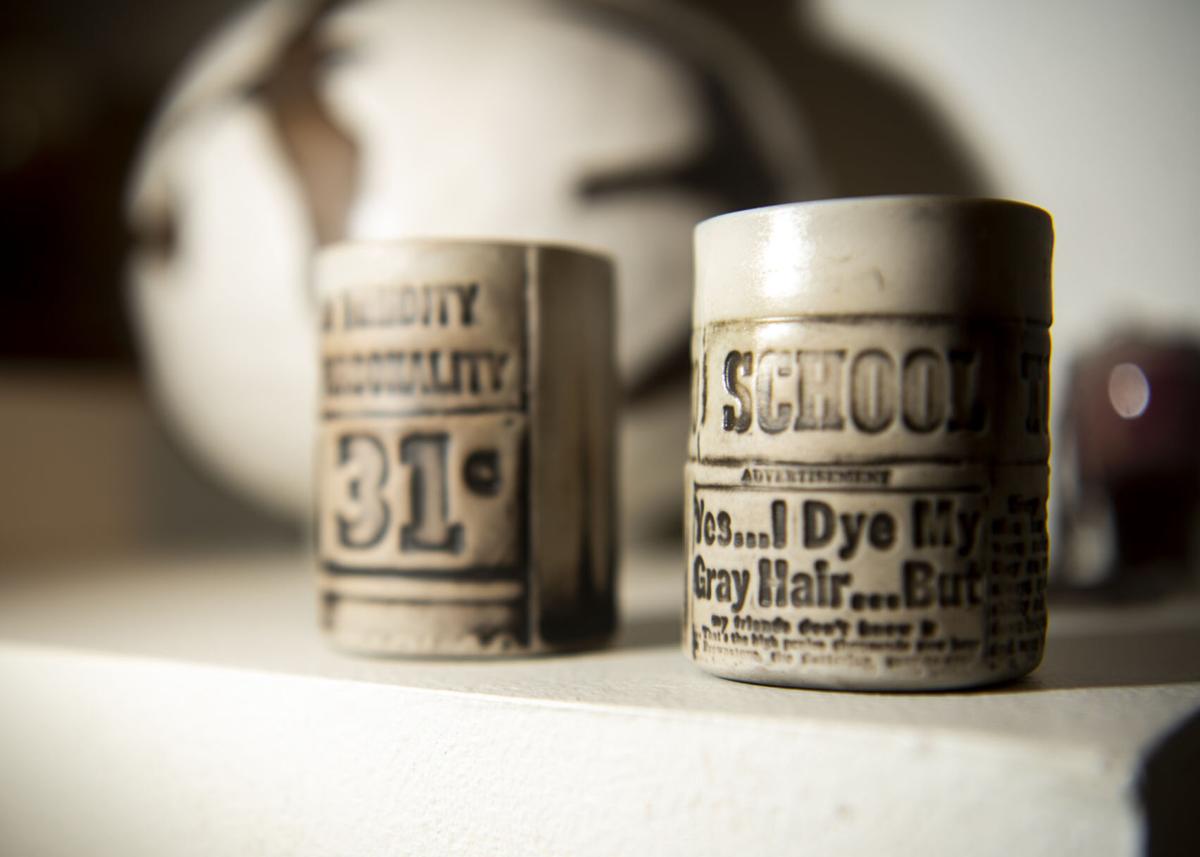 A shot glass set by Chris Dufala on display at Clay Studio of Missoula this week. 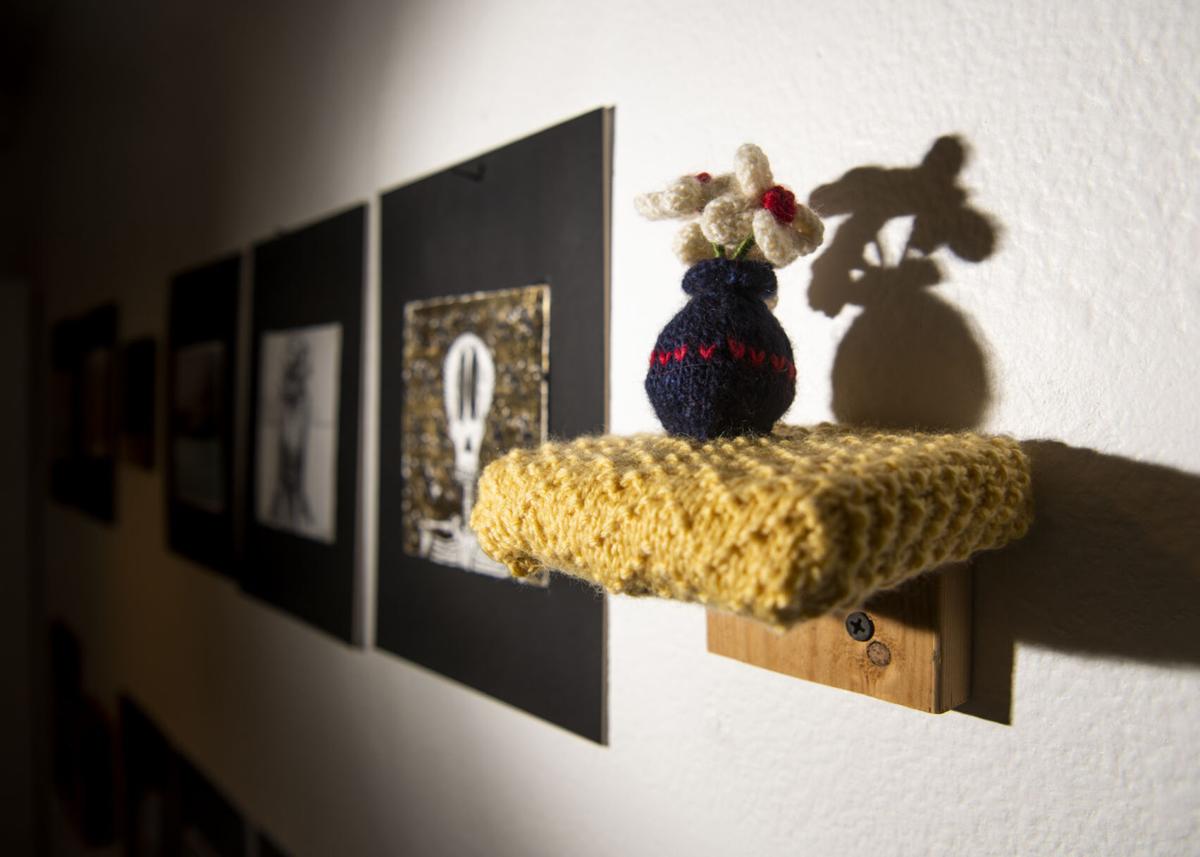 Potsketch by Mielle Hubbard on display at Clay Studio of Missoula this week. 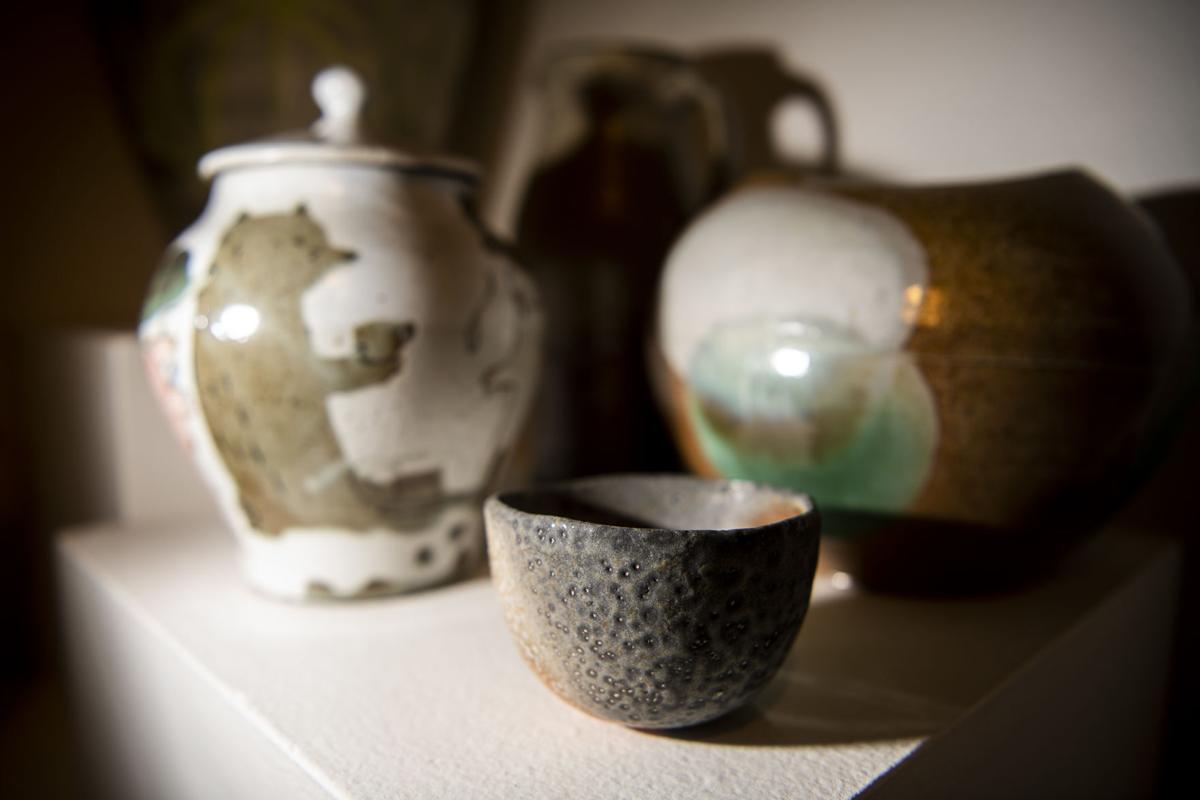 Petite vessel by Mary K. Porter on display at Clay Studio of Missoula this week. 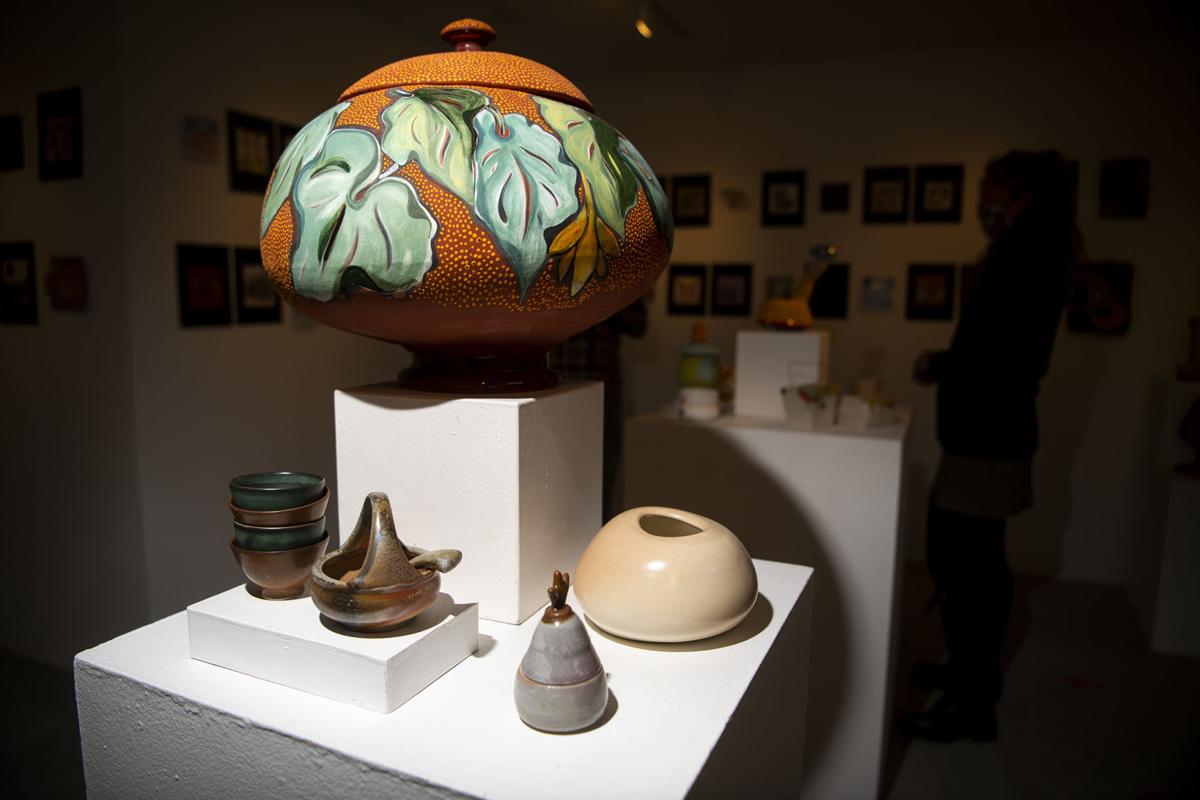 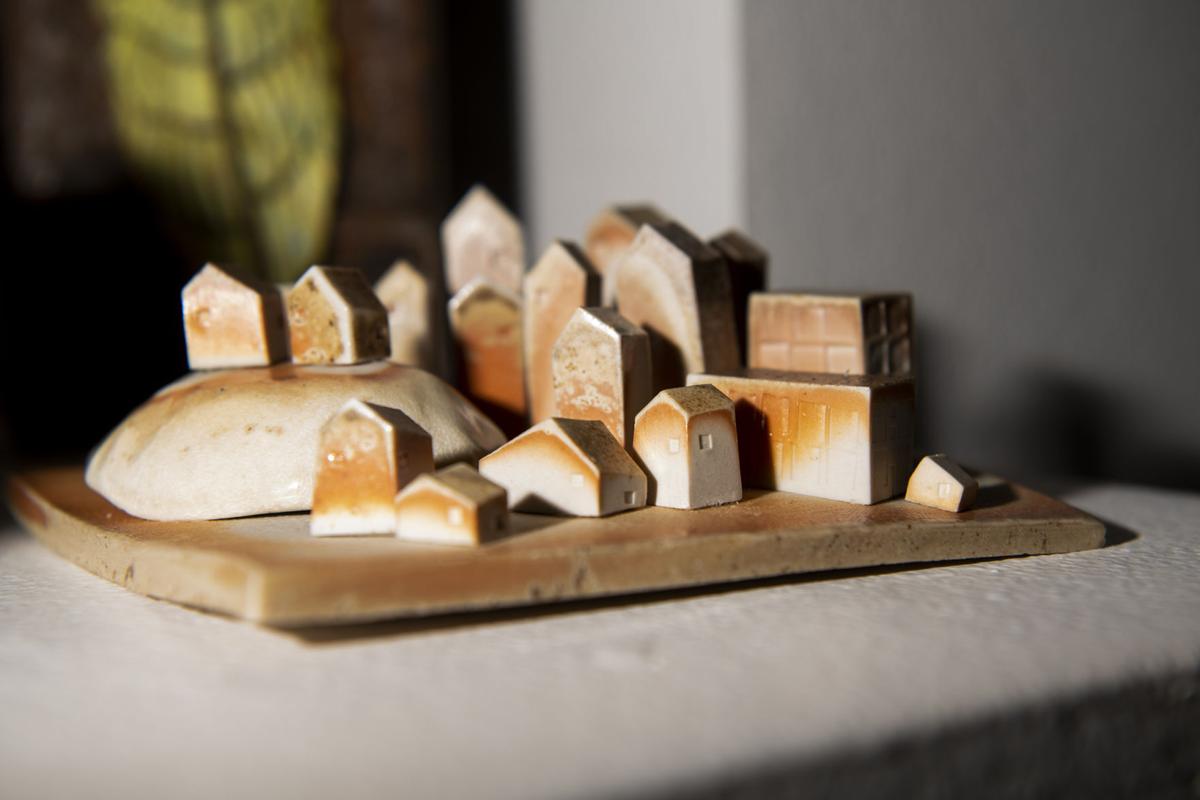 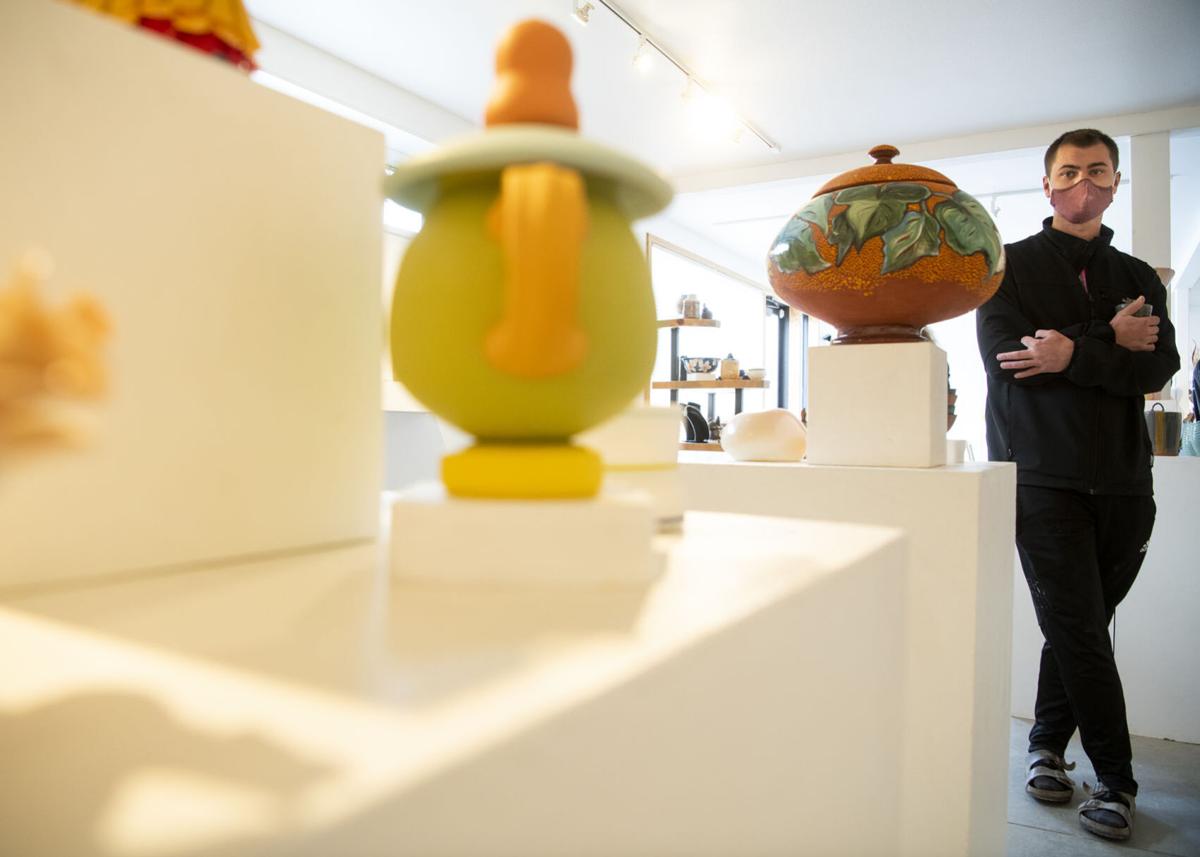 Chris Alveshere moved to Missoula from upstate New York last year to begin his residency at Clay Studio of Missoula. Alveshere teaches open classes to community members as part of his residency.