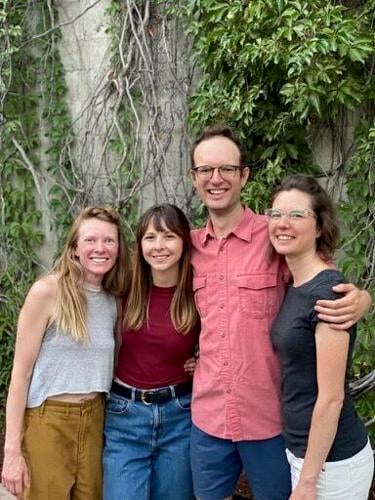 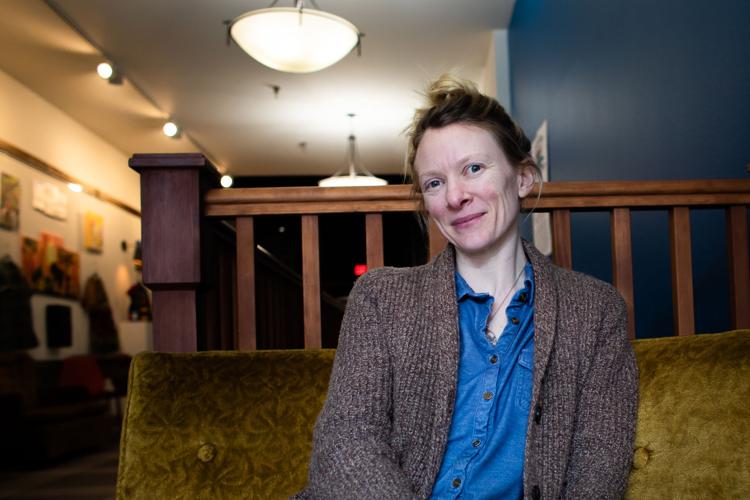 Kelly Bouma, a longtime member of Missoula's performing arts communities, is a member of the Club Soda group.

Abby Lynes for the Missoulian

“Has anyone had a memorable experience this week?” a member of the crew will ask.

What follows is a short interview about the experience and a hilarious — and deeply human — series of mishaps and resolutions creating complex characters and a story arc with a beginning, middle and end, all made up on the spot. At Club Soda’s show last Friday, that involved weddings, “pumpkin” moons, bridesmaids, hitchhikers and lounge singers.

“You can be in any world you want,” group member Ken Grinde said. “And maybe a crazy world is a fun place to go.”

Friday’s show was the first of the series of improv shows Club Soda will put on at the Roxy Theater this summer. Performers include Ken Grinde, Bente Grinde, Kelly Bouma and Casey Chapman, along with rotating guests. Each group member has years of improv and performance experience, and they are excited to bring improv back to Missoula, after the last few local improv groups have come and gone.

Club Soda began performing last summer in the Roxy Garden, selling out every show. Now that performers have moved indoors, they hope to keep the momentum going and put on shows until at least the end of the summer. There’s a niche for improv that has needed to be filled in Missoula for quite some time now, and they’re excited to fill it.

“The town really did seem hungry for it last year,” Ken Grinde said. “And people are looking for good performance … things that aren’t just the standard scripted play.”

Bouma said she is looking forward to seeing how Club Soda evolves and grows. A University of Montana MFA graduate in the theater department, she has always gravitated toward improv, whether dancing in or directing Bare Bait performances or in theater.

“If you ever meet someone who’s like, ‘I’m good at improv,’ it’s like, 'you’re probably terrible at improv, '” she said.

While improving in the field of improv is a lifelong process, good improv comes when groups have spent a lot of time together, learning one another’s inside jokes, knowing how someone orders at a restaurant, knowing stories about their childhood or even just knowing how their day went, Grinde said.

“You do 90 minutes of trust falls, basically,” he said.

It’s been a little easier when he performs with his sister and fellow group member, Bente Grinde, as he’s known her his whole life, and he’s got history to draw from. He hopes to continue growing bonds with all the group members as they find their rhythm this summer.

For him, improv has become a lifestyle. It encourages him to be more open, listen more carefully and operate at a higher level of intelligence, he said.

“I feel very invested in improv, not just as a performance medium but as a medium for living life more fully.”

Club Soda will playing the following shows at the Roxy Theater. Tickets are $10.

This month, Red Star is showing a range of work at the Dana Gallery in conjunction with the festival, a somewhat rare chance to see a large selection of his art in Missoula.

Things to do: Maclean Fest at Wilma, Tell Us Something in Park (sold out)

Here’s a quick guide to some upcoming arts and cultural events happening around the Missoula area.

Horses, whiskey, grief: ‘He Rode On’ snapshot into life of Glacier ranger

Todd Forsgren: 'The World is Round' in photographic experiments

Things aren’t what they seem in the photographs of Todd Forsgren.

Love for solitude and open spaces can sure draw a crowd.

The idea for a BIPOC artist speaker series was born out of talks the committee had to figure out how to help more BIPOC Missoula artists connect to one another.

When Brian Maguire, an Irish painter, talks about his work, he sounds more like a documentary filmmaker or a war correspondent.

"Death in the West" is a historical true-crime podcast hosted by four long-time Missoulians, in which the first 10-episode season explores the 1917 murder of Frank Little.

Kelly Bouma, a longtime member of Missoula's performing arts communities, is a member of the Club Soda group.