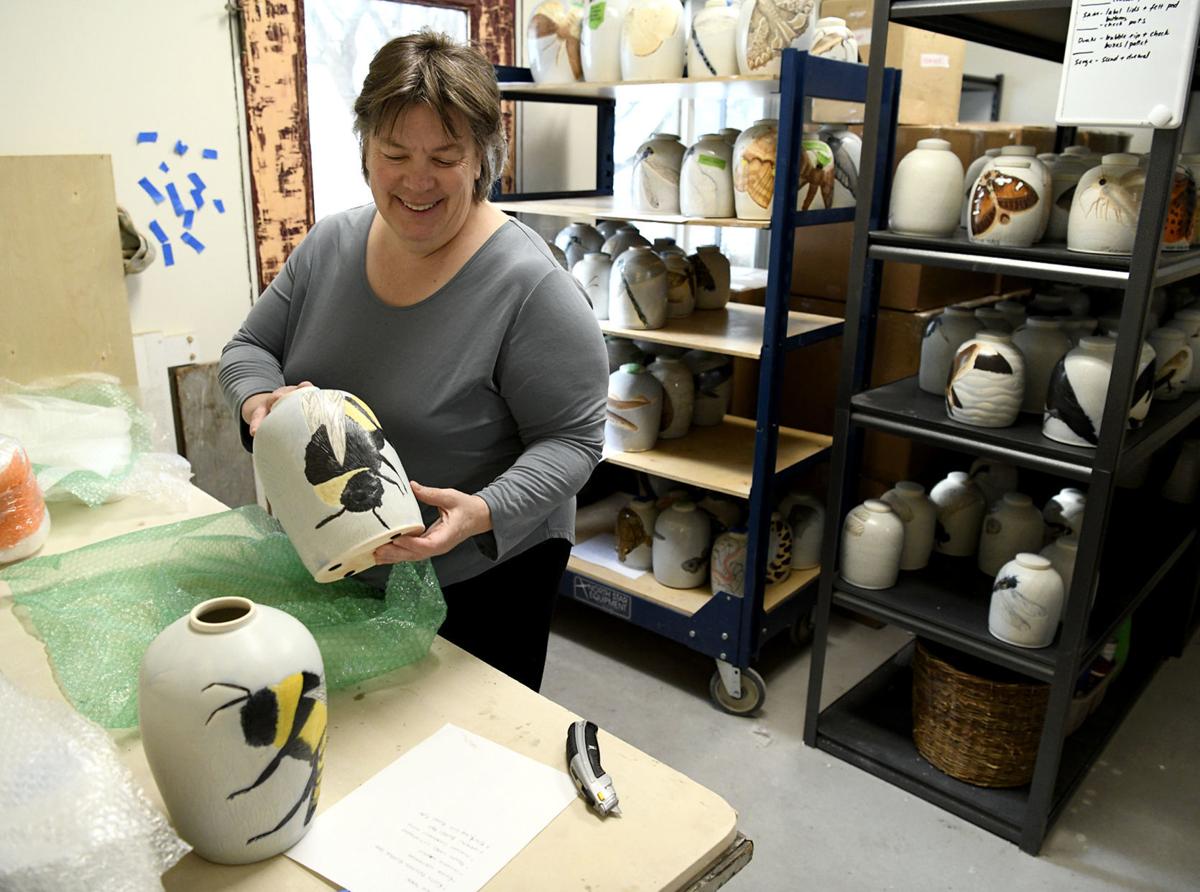 Julia Galloway unpacks pieces from a recent exhibit at her studio last week. The University of Montana ceramics professor has embarked on a project to commemorate endangered species on urns and vases. 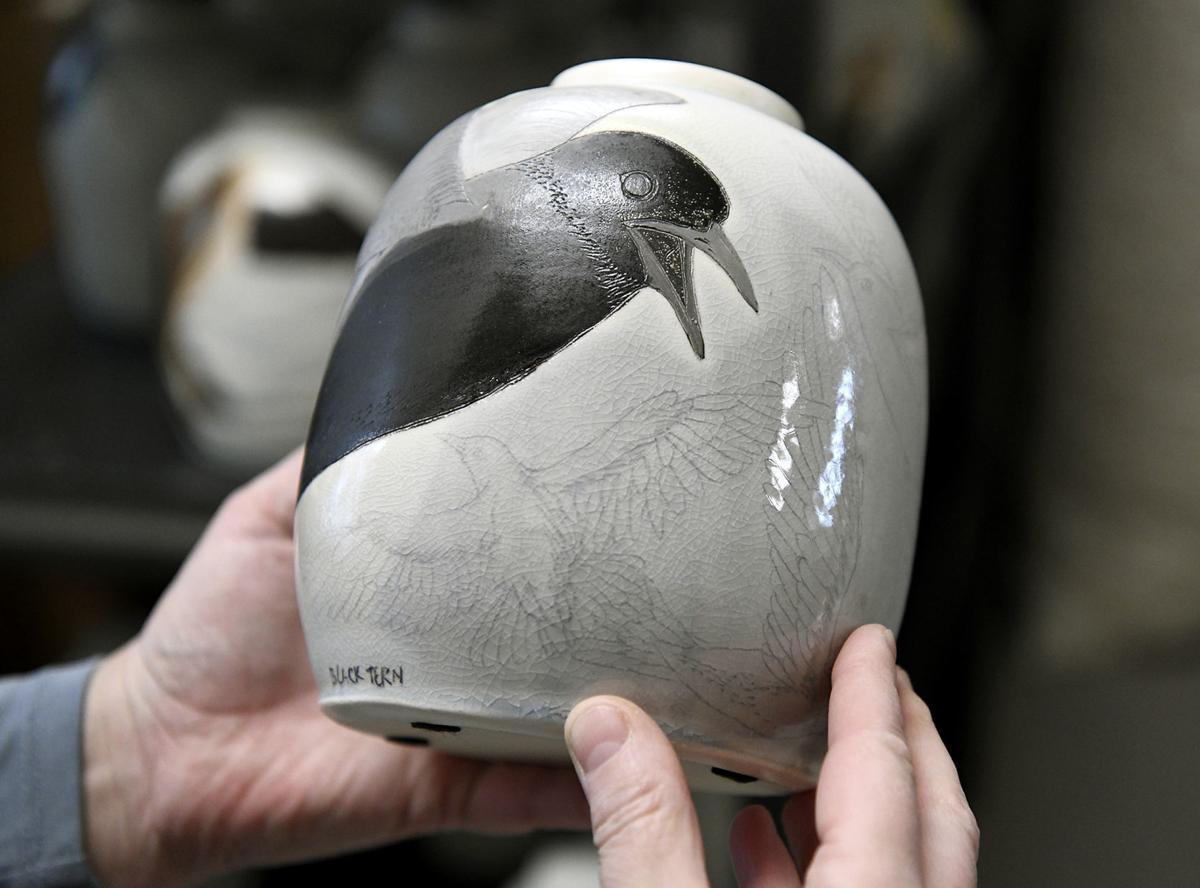 A black tern is depicted on one of Julia Galloway's ceramic pieces. Galloway said her goal is to make 1,800 pieces for her Endangered Species Project.

Julia Galloway unpacks pieces from a recent exhibit at her studio last week. The University of Montana ceramics professor has embarked on a project to commemorate endangered species on urns and vases.

A black tern is depicted on one of Julia Galloway's ceramic pieces. Galloway said her goal is to make 1,800 pieces for her Endangered Species Project.

Western Montana artists can hustle, making ambitious work on their own terms, and often in ways shaped by their environment, whether the literal landscape or the bootstrapping required when you're working in small towns or cities in a rural state. Here's a few among many that stood out over the last year.

Jonathan Marquis, a University of Montana graduate, spends his winters in Arizona and the summer in western Montana, where he logs a significant amount of time on trails. Many of those trails lead to glaciers or mountaintops with views of glaciers, and the purpose of many of those long hauls is to make art. In August, Marquis let a reporter tag along on a less arduous trip to Grinnell Glacier in Glacier National Park, where he demonstrated how he makes cyanotypes on site. The images are designed to encourage people to think about climate change and nature as an entity unto itself worth caring for.

Julia Galloway, a University of Montana ceramics professor, has embarked on a lengthy endeavor: the Endangered Species Project, to commemorate animals, fish, birds and insects and more in the United States and Canada that could disappear. Her particular medium, pottery, means these items have taken the form of urns and vases, and sometimes related works such as salt cups. The scope is huge, but it's helped that she was awarded a $50,000 grant and a sabbatical year from teaching to help fulfill her goal and raise awareness along the way.

Jay Laber didn't pursue the spotlight, but the Blackfeet sculptor made some of the most recognizable public art around western Montana. The scrap-metal warriors on horseback that stand sentry at the entry to the Blackfeet Indian Reservation. The "Charging Forward" rider outside Washington-Grizzly Stadium. The bison hunt and bison sculptures on the Salish Kootenai College campus in Pablo. His death earlier this year at age 58 left many questions about what great works he had ahead.

Not everyone wants to go see a play in a theater, with the formalities that we assume go along with it. Would you be more inclined to see short plays if you got to have a beer first? And what if the plays were all performed in hotel rooms for you and a small group? The Montana Repertory Theatre's new director Michael Legg's new program, "Plays on Tap" did just that in the spring. Attendees met at a brewery and then headed to a hotel near campus, where they could see actors perform original works at close range in a setting that made it impossible for the viewer to not immerse themselves in their work.

Maddy Halland loves doing comedy. However, he can't perform at as many gigs as he likes because his wheelchair accessible van has broken down. This fall, a number of his fellow comedians, friends, family and fans started an online fundraiser to help him buy a new one. Halland's witty stories and well-practiced delivery can give an inside view into what it's like to use a wheelchair and the cringe-inducing ways that people sometimes try to interact with him. It's an important reminder of how art can not just entertain us but expand our understanding of each other. They're still raising money at www.gofundme.com/f/maddy039s-wheels.

Glacier National Park will waive its entrance fee on five days in 2020.