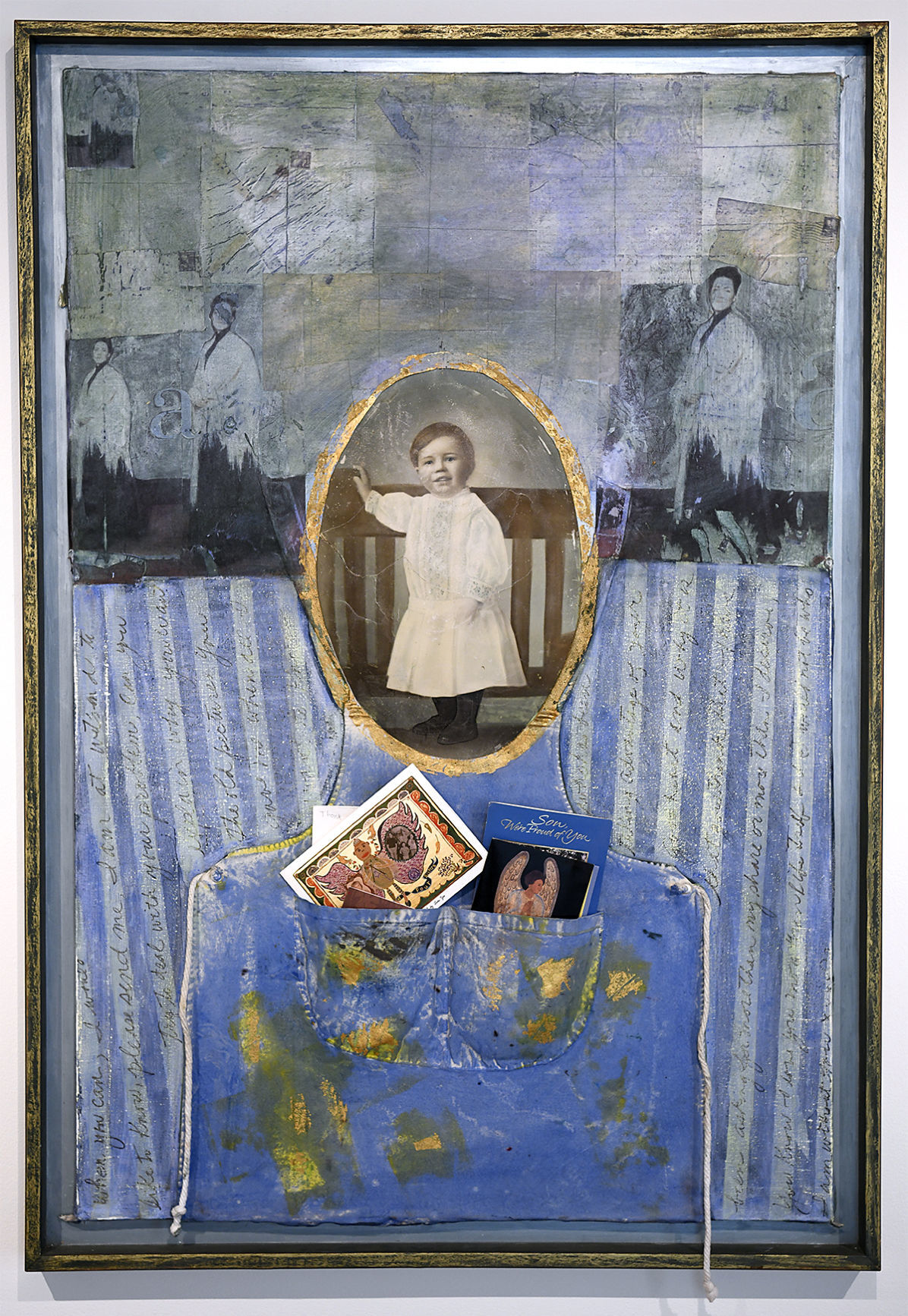 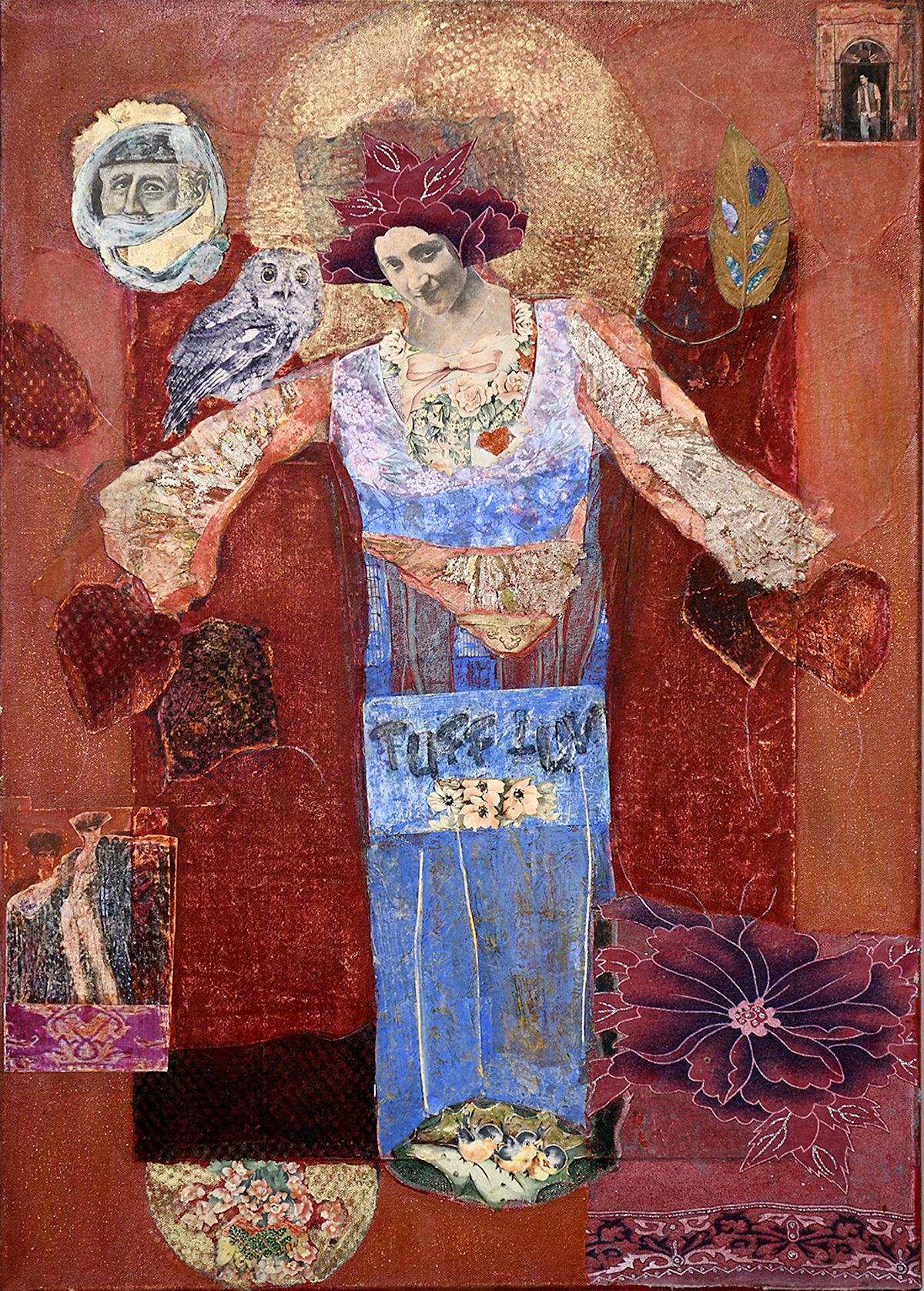 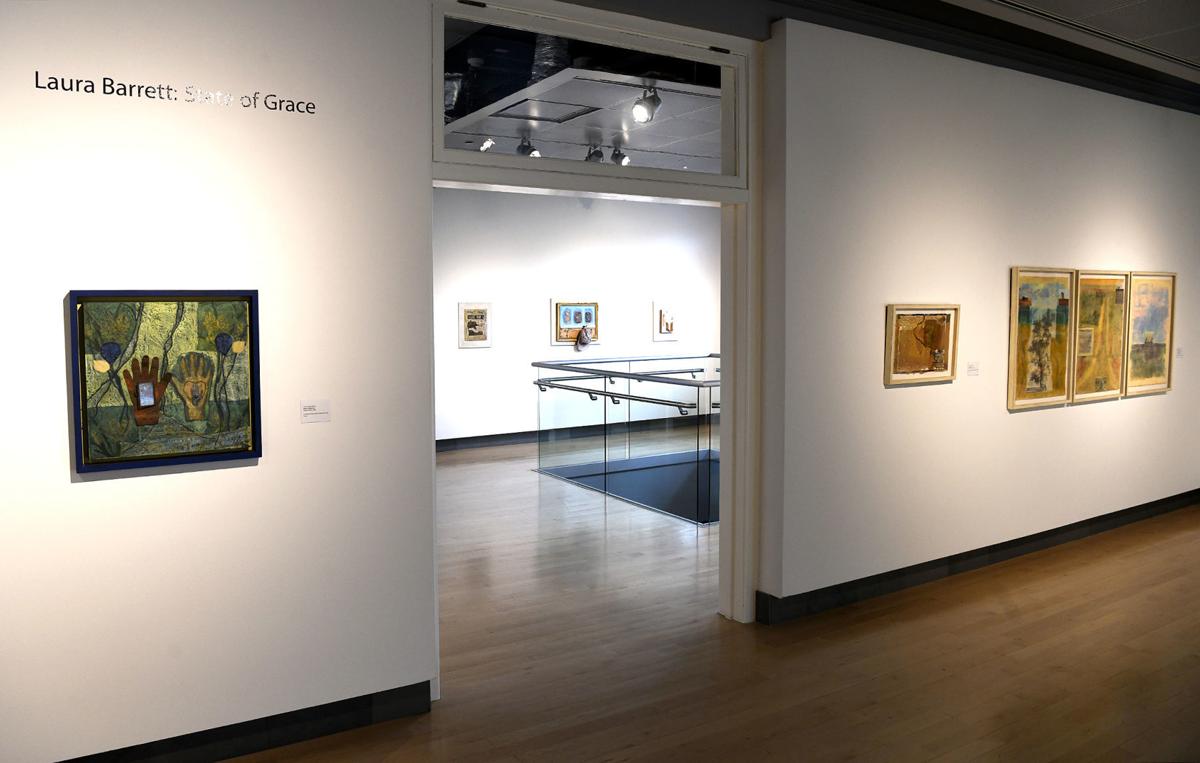 Laura Grace Barrett was a champion for art her entire life. She ran three galleries during her career, two in Bigfork, and was an ardent supporter of women artists in particular. All the while, she was quietly making her own work.

“Laura Barrett: State of Grace” is a survey of the late mixed media artist and gallery owner’s vast and varied body of work dating back to the ‘70s. The Missoula Art Museum exhibition features prints, collages and paintings and is a glimpse into the personal work of a woman who never put her own art on display.

“She was pretty quiet about the whole art-making thing,” said Brandon Reintjes, senior MAM curator. “She didn’t represent her work in the gallery. It was exclusively other people.”

The traveling exhibition has been touring venues across Montana and is an opportunity to celebrate Barrett’s legacy and the large body of work she left behind.

“We had an idea of what some of her work might look like, but we had no idea there was this breadth of work,” Reintjes said. “She was extremely productive.”

As a gallery owner, she was inspired by many of the artists she had on display.

“Luis Moreno Marai Isadora,” a large mixed media on canvas piece, features blue and gold tones and a vintage photo of a young girl as the centerpiece. Barrett added a third dimension with two pockets hanging off the front.

Reintjes said the piece is reminiscent of San Francisco Bay Area painter Inez Storer’s work, who was a mainstay in Barrett’s galleries and became a close friend.

“It’s not like she had to derive influence from these other artists, but it’s almost like by seeing the example of other artists, they gave her permission to explore something that she was already attracted to,” he said.

In “Wise Woman Hippolyte,” Barrett modernizes Greek mythology and explores feminine self-identity, creating her own image of the “Queen of the Amazons.”

Her collages incorporate found images and objects, with many featuring small trinkets and treasures, bottle caps, strings, yarn and tin.

“Altar for the Winged Christ” features miniature gears like you might find inside a watch and “Prairie Mailbox” uses an old drawer handle adorned with a stamp.

The exhibition is colorful and vibrant, a reflection of Barrett’s storied life. After growing up on a wheat farm in eastern Montana’s tiny town of Froid, at 16, she enrolled at the University of Montana and eventually went on to study Spanish, theater, education, art and art history at schools across the western United States.

She became a Pan American Airways stewardess so she could travel the world and eventually started a vineyard with her first husband in Calistoga, California, in 1968. Their 1973 Chardonnay won the historic Judgment of Paris tasting, putting Napa Valley on the map of international winemaking and bringing their winery, Chateau Montelena, recognition.

Eventually she returned to her roots, moving to Bigfork and opening the Bridge Street Gallery and Wine Cafe and Restaurant, followed by the Collage Gallery in 2014. Laura Millin, executive director of the MAM, said Barrett helped create an interest for art in the community.

“It was back in the day when we didn’t have as many venues for art, and Bigfork didn’t have the arts scene it does now, and so I think it’s a really important part of her history,” Millin said.

The traveling exhibition was organized with the help of the Montana Art Gallery Directors Association in an effort to bring Barrett’s work to some of the smaller towns near where she grew up, as much of her art reflects the eastern Montana landscape of her childhood, Millin said.

“Growing up in Froid, she wanted to get out and experience the world, but she became really a lifelong Montanan when you think about her relationship with the University of Montana in Missoula and Bigfork and Froid,” Reintjes said. “She had that connection, and even though she ended up spending the latter part of her life in the western half of Montana, it’s those important origins in the eastern half that kind of solidified and made this possible.”

Walking around the exhibit, Millin said the collection is a reflection of the importance Barrett placed on art during her life.

“It was not pursued like a career as much as it was just the fabric of her life,” she said. “Her art really comes from her joie de vivre and that’s just how she lived.”

It was a dream come true for Brandon Reintjes. After seeing vivid visions of painting circus scenes with his kids during a midday nap a few mo…

“Mural outdoor art is a global emerging art form being more recognized as fine art and not just street art,” said Brian Sippy. “We want to promote that in Missoula.”

Visitors to downtown Missoula on Saturdays this summer will notice a staple of the summertime is gone: The Missoula People's Market.

Missoula summer arts camps a go, but will look different than years past

"With everything going on right now, reinforcing the idea that kids have a voice and we want to help them find out what they want to say, that's more important now than ever in our opinion."

Whether you need an artistic "goose house" or help with plain old drywall, a new venture, Real Odd Good Job, will do either.