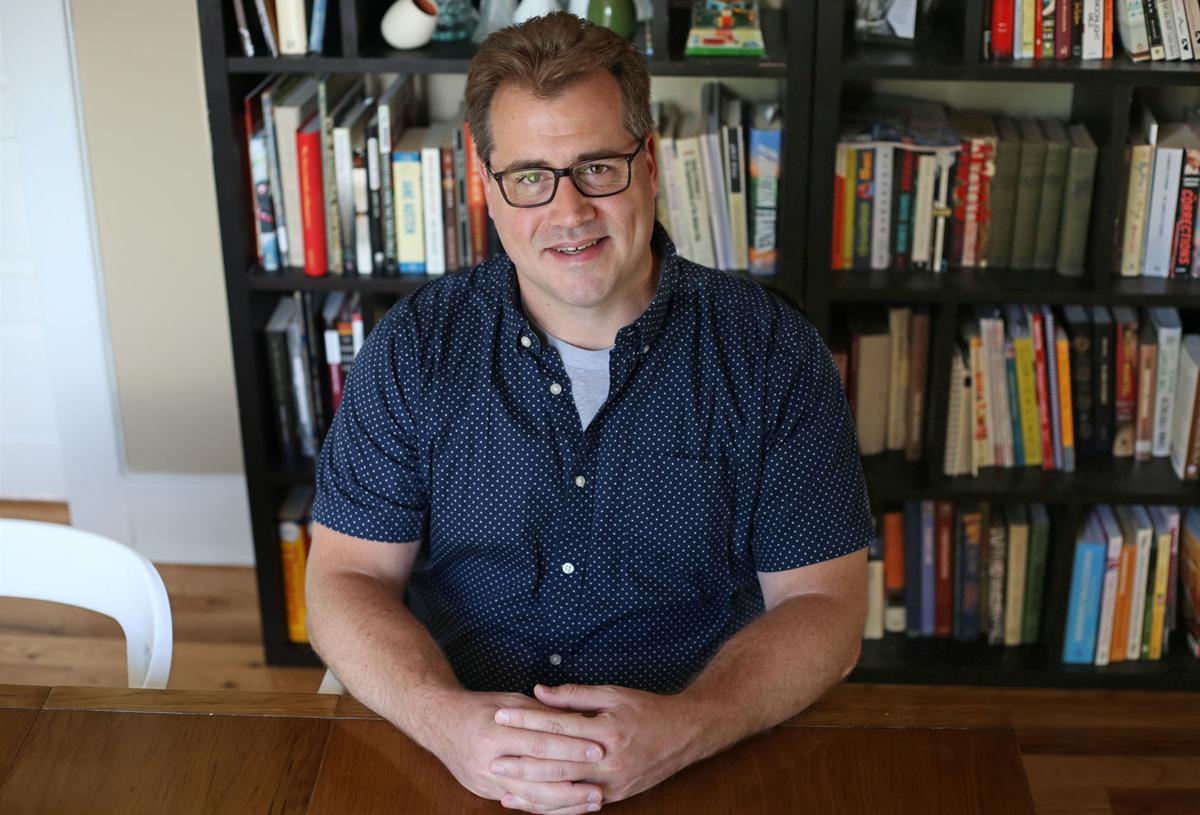 Chad Dundas, 38, is a Missoula native and a Hellgate graduate. His debut book, "Champion of the World,"a novel based on professional wrestling, will be released this month. 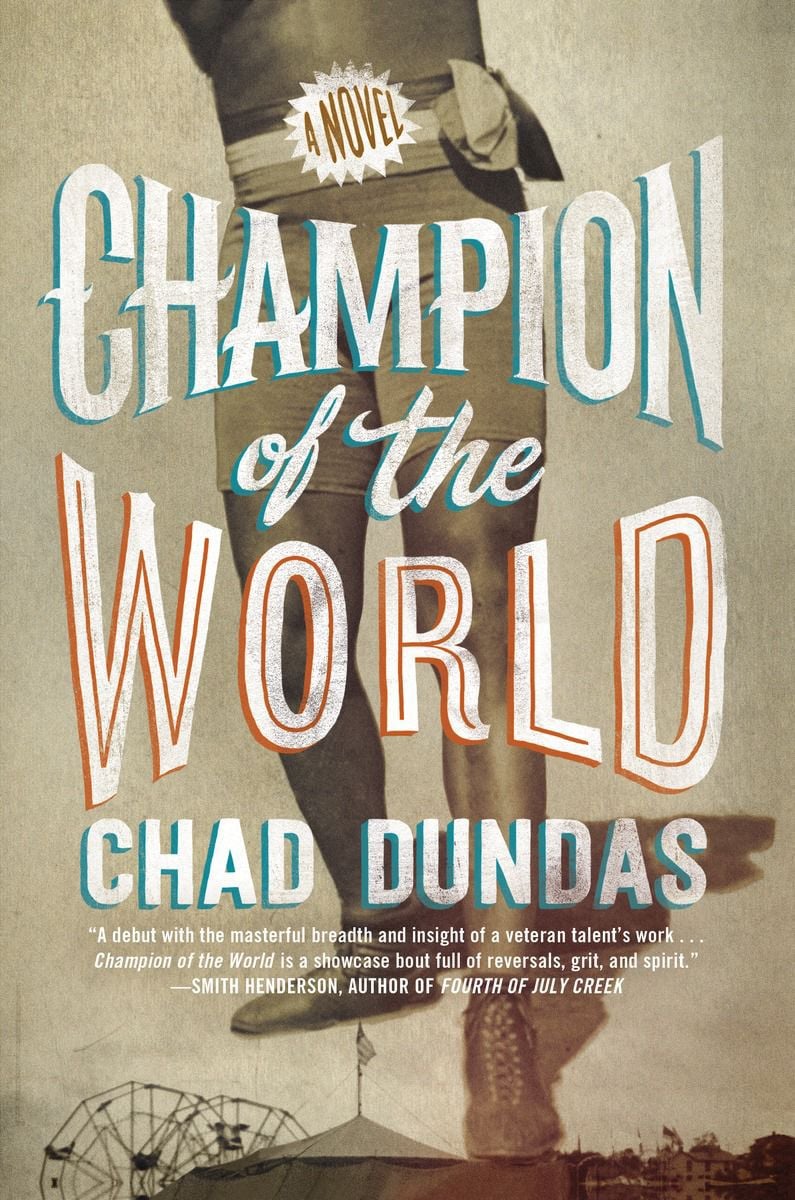 That's a question Chad Dundas asked when he began writing "Champion of the World," his debut work of fiction, out this month on G.P. Putnam's Sons, a Penguin imprint.

"It seemed like a unique niche in the landscape of literature that no one else was doing," he said.

The creative writing MFA graduate and mixed-martial arts reporter's book has received positive notices from both Kirkus Reviews and at least one corner of the wrestling press. It's hard to think of a more memorable blurb than Pro Wrestling Illustrated's verdict: "five out of five suplexes."

"I was excited to get all the suplexes they have to offer," he said.

Dundas, 38, a Missoula native and Hellgate High School graduate, dug deep into the sport's history for his setting.

It's 1921 when we first meet Pepper Van Dean. The disgraced former lightweight champion of the world is working the carnival circuit, wrestling all takers and performing an act called "the Hangman's Drop." That bothers his wife, Moira, to no end.

A seemingly untrustworthy figure from his past brings a shot at redemption: the chance to train Garfield Taft so he can challenge "Strangler" Lesko. Whether they'll give Taft, a defiant black athlete, the chance to cross the racial barrier remains unclear: It wasn't long ago that Jack Johnson's heavyweight title sent shock waves through boxing.

Pepper and Moira, a cardsharp, soon join Taft and his wife on the grounds of a remote hunting cabin not far from Butte, with a mission to get Taft into shape for the fight. The state's history as a convenient spot to smuggle bootleg liquor from Canada and the presence of Chicago gangsters soon complicates their training.

The book tinkers with the classic sports conventions like the comeback, a notion that came from Dundas' interest in the veiled aspects of professional wrestling.

"Because it's scripted, but also passes it self off as a legitimate sport, there's always this ongoing desire to figure out what's real and what's fake. It creates this really interesting dynamic between performance and real life. I think the secret is that you can never really figure it out all the way. I don't even know if the people who do it for a living ... really know whether what's going on around them is real or scripted all the time," he said.

Dundas' love of wrestling goes back to his childhood, when the sport was at its zenith of unreal spectacle.

"Either luckily or unluckily, I grew up during the modern golden ages of professional wrestling. In the 1980s, Vince McMahon's rocking wrestling revolution, where he broke up the old territory system that had ruled professional wrestling for most of the century and went nationwide on cable television and paired wrestling with music," he said. The second came in the 1990s, with the World Wrestling Federation's "Attitude Era."

As he got older, Dundas became more interested in the history of such an unusual sport.

"It's such a strange thing. I always wondered, 'Why does this exist? Who are these people who would do this thing with their lives?' " he said.

Much of the early record is "murky," he said, involving accounts from carnival hucksters and ample mythologizing.

The narrative also references the dramatic shift from "legitimate sport to orchestrated spectacle," a transition he can't imagine happening in modern times.

"I don't know how anyone would react if you were a lifelong football player or whatever and someone came to you and said, 'We're gonna fix this. We're gonna fake it from now on,' " he said.

Dundas studied journalism in high school and at the University of Montana, and was a Missoulian sportswriter before leaving to freelance about MMA. He's had his byline in the Bleacher Report, ESPN, NBC Sports and more.

He credits that nonfiction background with his writing style. He emphasizes narrative speed and economy of language, and the desire to structure his writing around a series of events.

The work also gave him insight into the minds of athletes.

"I find athletes in general to be fascinating and really good fodder for stories, because their lives are so steeped in the stuff that makes fiction work. There's high stakes in the life of a lot of athletes. They have a lot of grit and determination and desperation, and triumph and failure almost as a daily constant in their lives," he said.

It helps, too, that he spent time covering college athletics and minor-league baseball, in which the athletes are very much like his characters: desperate but always within reach of a bigger victory.

Minor-league players are "one step away from glory and fortune, and yet are for the most part living on a shoe-string budget and pursuing this dream that they know is an unbelievable long shot. With college athletes, it's because they're so powerless. They're in this situation where coaches and administrators have complete control over their lives and futures, at least, as it exists in their view at that moment in their lives," he said.

While Dundas wants the book to appeal to sports fans, he also sought broad appeal. Moira's background as the child of a riverboat gambler and the gangster James Eddy's training as a sharpshooter in World War I are developed; as is Taft's mysterious health problems.

"I hope people who like wrestling feel I did justice to the history of it, and I hope that people who have no interest in wrestling can still have a fun time spending a few hundred pages with the characters in that world," he said.

He's also a devotee of crime fiction, from veterans like James Ellroy, James Crumley, James Lee Burke, Dashielle Hammett to modern writers like George Pelecanos, Dennis Lehane, Megan Abbot and Laura Lippman. In the more literary realm, he likes Cormac McCarthy and Michael Chabon, the latter of whom has succeeded in merging genre with literary fiction. That feat gave Dundas some confidence during the writing of "Champion."

"To see a guy like Michael Chabon take as many chances as he does from a subject-matter standpoint was one of the things I thought about a lot while convincing myself to keep going on writing a book wrestling," he said.

Dundas is working on a followup with his publisher. This one, however, isn't a sports book. It's a contemporary mystery set in western Montana. A soldier returns home from Iraq, but what he believes is a traumatic brain injury from an improvised explosive device has wiped out his childhood memories. He's able to reconnect with an old girlfriend, and together they witness a mysterious house fire that kills a young woman.

Chad Dundas will have two local readings for his debut novel, "Champion of the World," which is out in hardcover on July 12:

Since the late '90s popularity of the Harry Potter series, the young adult genre has exploded. It seems like every week there is a new series …

Given their sometimes heavenly aspirations, many Baroque composers would probably find it appropriate that their music would one day get playe…

Music festivals reflect their hosts' interests, and the first Bob Marshall Music Festival in Seeley Lake is no different.

Devin Leonardi painted lands like these for years before he moved West.

OVANDO – Sean Sexton sat in the back of a small sport utility vehicle on Tuesday and started one last sketch for the afternoon, his small pain…

Chad Dundas, 38, is a Missoula native and a Hellgate graduate. His debut book, "Champion of the World,"a novel based on professional wrestling, will be released this month.