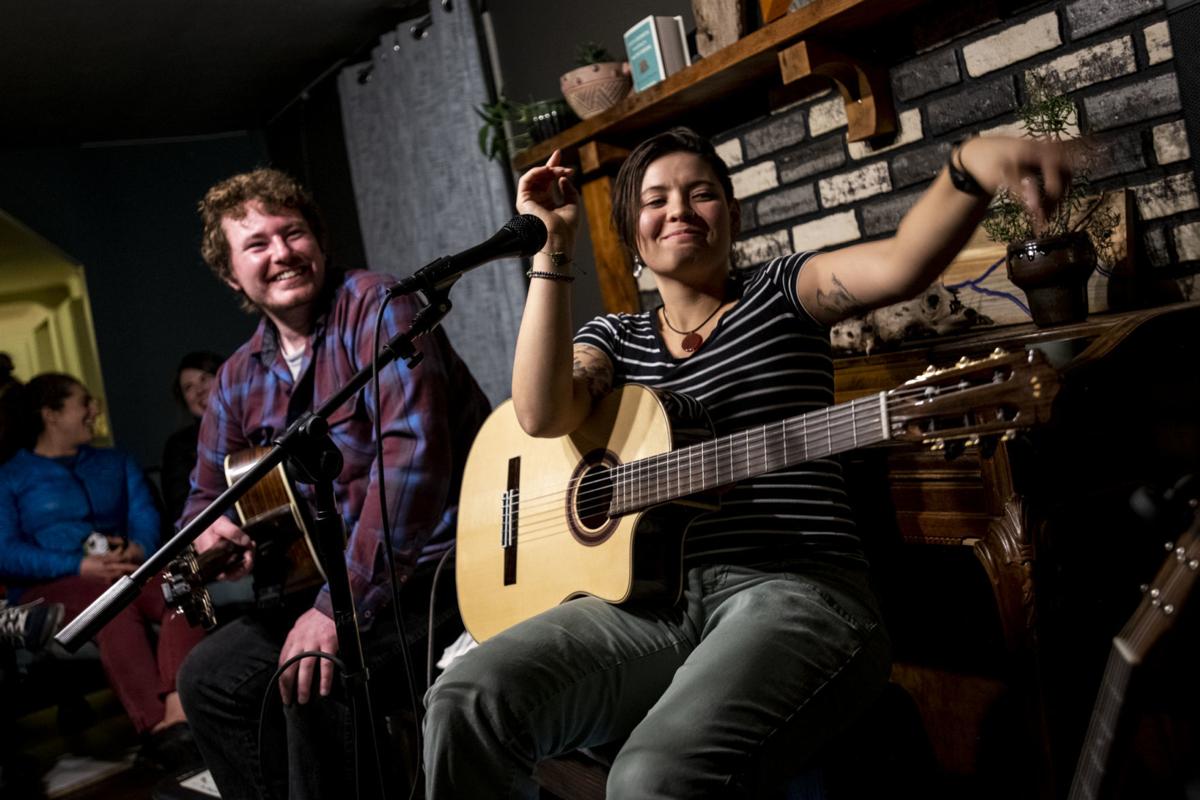 Maria Zepeda and Si Smith perform at the Gentry House on Wednesday night. Gentry House is one of several Love Missoula venues, offering live music, food and a social environment for the Missoula community. 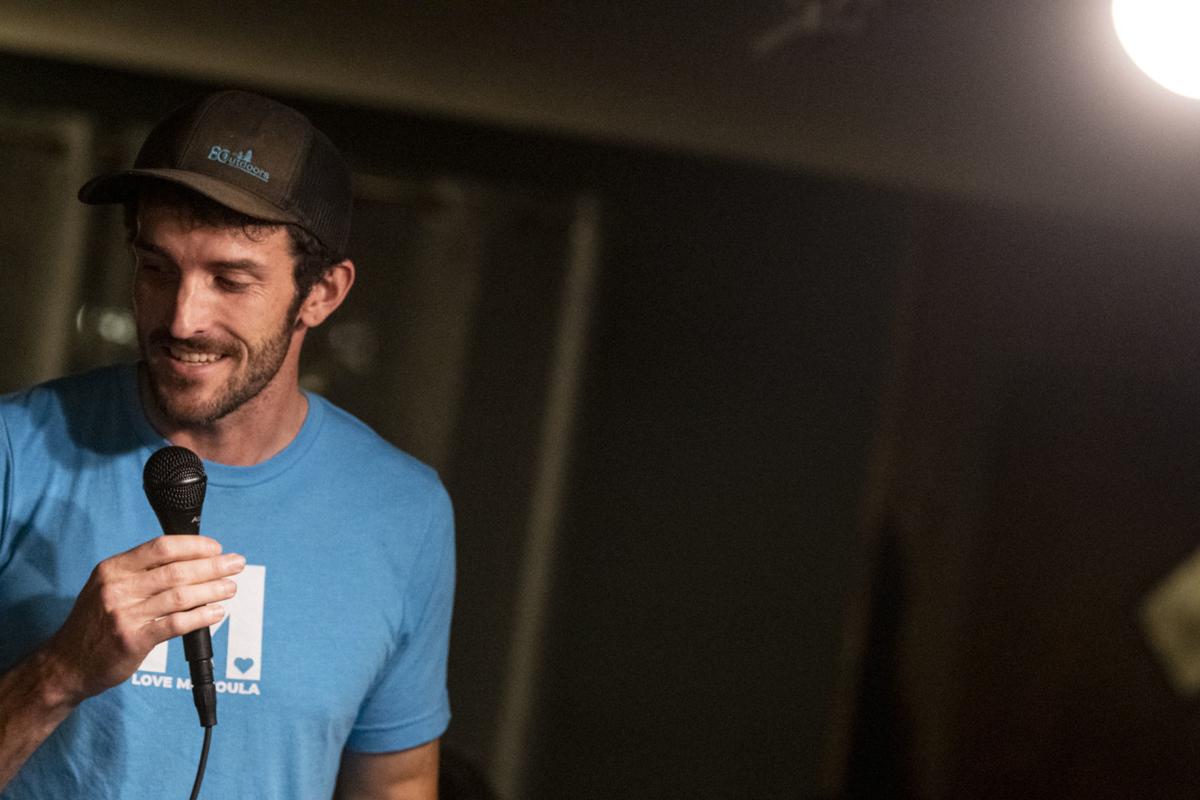 Dwayne Parton, owner of Gentry House, has been hosting shows at his place since July, when he bought his home. 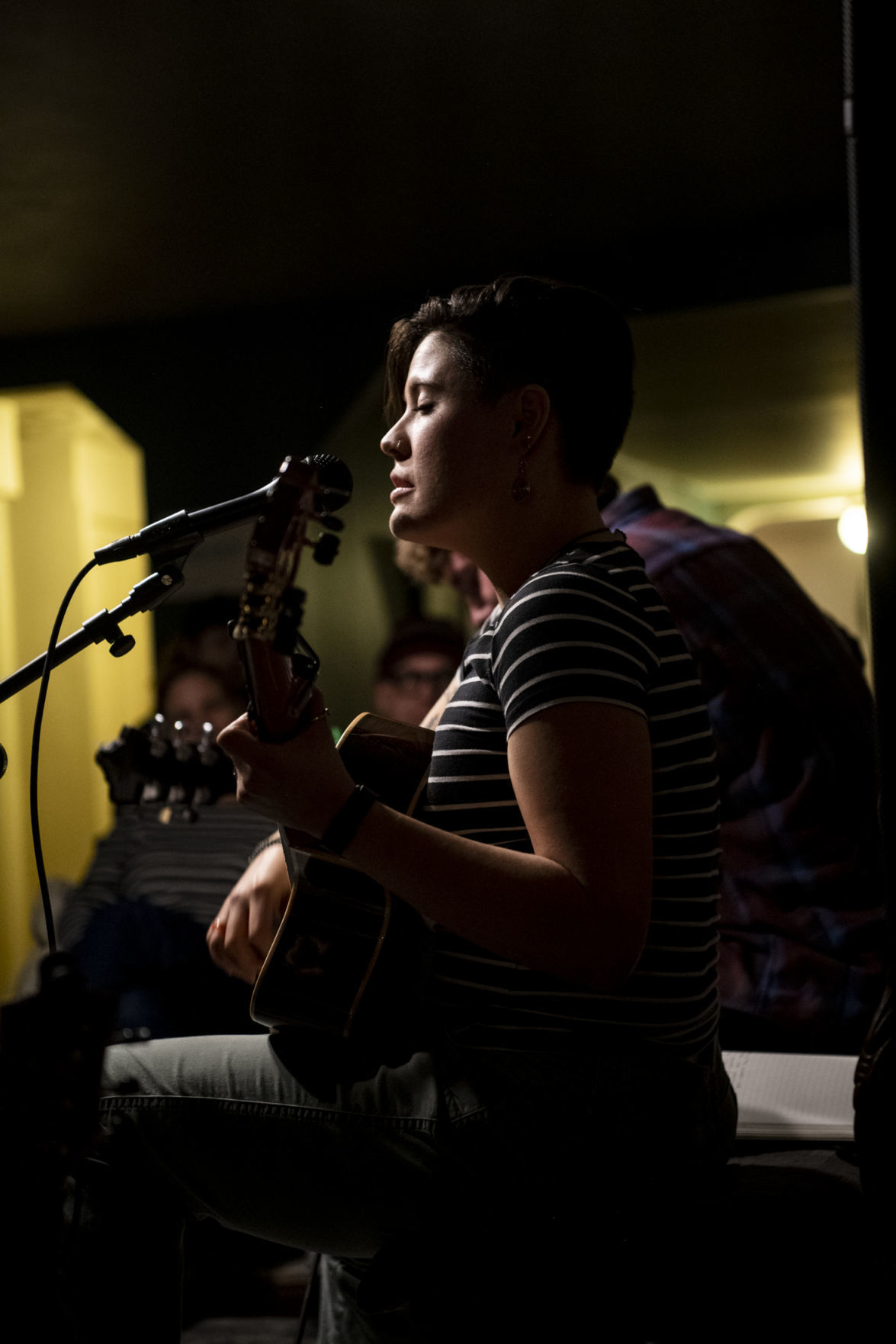 Maria Zepeda and Si Smith perform at the Gentry House on Wednesday night. Gentry House is one of several Love Missoula venues, offering live music, food and a social environment for the Missoula community.

Dwayne Parton, owner of Gentry House, has been hosting shows at his place since July, when he bought his home.

Before he left the church and spent the better part of six years crisscrossing the country in the aftermath of his divorce, Dwayne Parton had planned on becoming a missionary. Even now, he’s got that missionary energy: easy smile, firm handshake, willingness to hold a gaze.

It would be easy to mistake Parton as someone who’s never lacked for friends— in under an hour of sitting outside the Dram Shop in downtown Missoula, two people walking by stopped to say hello. And when he landed here two years ago, Parton imagined that connections in his new home would come as seamlessly as those he’d made on the road. But that wasn’t how it happened.

“In Missoula, I found it really difficult to make actual, intimate friends,” he said. “You’d make acquaintances to go adventure with, but after that adventure’s over, that’s the end of it.”

Those first two years, he had only one friend to spend Thanksgivings and Christmases with.

So this July, after deciding to buy a house and feeling the finality of rootedness, Parton began an initiative called Love Missoula with the goal of connecting with others in the city through performing arts events and potlucks held in small, intimate spaces — like his living room. The first furniture in Parton’s house was a set of 20 movie theater seats. He calls it serendipity that the independent theater in town, the Roxy, was giving them away the week he moved in.

It began simply, with a potluck and open mic, but in the last few months Love Missoula has grown to host weekly events across multiple houses for anyone, newcomer or longtime local, who’s looking to combat loneliness.

Missoula isn’t the only town where loneliness is a problem, but it shares many characteristics with other towns in the West — an influx of new residents, uptick in remote work, and decrease in religiosity — that, when combined, mean that fewer Missoulians have the traditional institutions of school, work and houses of worship to lean on for finding friends.

That was certainly a problem for Jackie Rapetti, a freelance writer and editor from New York who moved to Missoula in June. Rapetti decided to move when, on a solo trip across Montana last year, she fell in love with the town and scenery.

“I was so excited to come back to Montana,” she said. “And then I got here and was like, ‘Now what?’ I was 27, was not going to school here, didn’t know a soul, and I work for myself. What if I don’t make friends?”

She moved in with roommates from Craigslist and hoped that they would become best friends, started saying hello to strangers in the grocery store, and took up volunteering at the Humane Society to try to meet like-minded people. None of it worked. Ultimately, she found a friend group by joining Bumble BFF, a swiping-style app that matches potential friends the way that Tinder matches potential dates.

Earlier this year, the Flathead Beacon reported that Montana has the fourth-highest per-capita rate of remote work in the country. Remote workers in Montana benefit from the state’s comparatively low cost of living, but may witness a shrinking of their potential social circles.

As a mother of two who works for herself, Amy Esp recently began to feel that kind of limitation in her interactions — most of the people she socialized with were also young parents, dealing with the same stressors.

While Parton was hosting his first Love Missoula events, Esp was across town wondering how she could have lived in Missoula for 25 years, have gone to school and started a family here, and still feel so disconnected from the city as a whole.

“I went through a period of intense loneliness this summer,” she said. “Loneliness for a bigger community of people who are different from me.”

In early September, Esp was preparing to host an out-of-town band for her first-ever house show when she saw a Facebook ad for Love Missoula. She reached out to Parton, the two of them met for coffee and immediately she felt as if she’d met a brother. They’ve now joined forces and alternate in opening their homes for events, and Esp sounded slightly awestruck when she described Love Missoula as having “snowballed in the last month in this intense, beautiful way.”

Parton and Esp aren’t quoting sociology when they talk about the importance of larger communities, but they could be: research has shown that happiness and belonging are influenced by interacting with broad social networks, not just close friends and family.

And Parton, who speaks of his grandparents’ potlucks and childhood church’s fellowships when telling the origin story of Love Missoula, is open about the lessons he brought to this project from his broadly-connected religious upbringing. He remembered well-intentioned naysayers cautioning him against hosting too many events and getting burnt out.

“When people would say, ‘You don’t want to do this every week,’ I’d say that the church does things twice a week and thousands gather. In some ways, they’re the kings and queens of community.”

Parton ultimately hopes to see Love Missoula become a self-sustaining nonprofit. For now, though, he sits in the middle of his living room before a young woman with a guitar takes the center space, and emphasizes that this isn’t just “something that happens at Dwayne’s house.” It’s bigger — it’s having dinner, creating music, building community.

Singer-songwriter Jara Ward takes off her shoes before beginning to play, and halfway through the first song, Parton’s dog comes to beg scraps from the final few people finishing their portions of the potluck. Ward cracks a smile mid-strum when the dog begins to scratch its collar and the metal tags clink out of rhythm. Her voice takes up the entire room, familiar and close in its crescendos like an old country song over the radio. At least two of the 18 people in the audience turn misty-eyed, and Ward’s mother, sitting smiling in the movie theater seats, calls out in an audible undertone, “I love you, baby.”

The room of would-be strangers lean towards the center, towards each other, intent. Parton stands back, snapping photos, in the hush before the music begins again.

Mandy Godwin is a freelance writer and graduate student in Environmental Science and Natural Resource Journalism at the University of Montana. She can be reached at mandygodwin@gmail.com or @mandyleigh33 on Twitter.