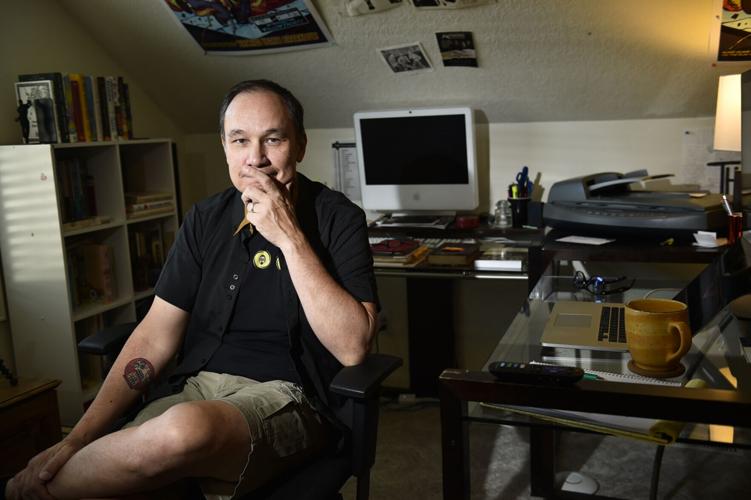 Author Jamie Ford poses for a photo in his Great Falls home recently. Ford is the bestselling author of "Hotel on the Corner of Bitter and Sweet" and recently published his new novel "The Many Daughters of Afong Moy." 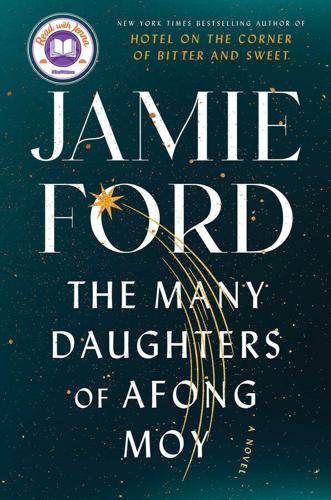 "The Many Daughters of Afong Moy" by Jamie Ford; Atria Books, 384 pages

Jamie Ford knew what book he wanted to write, he just wasn’t sure how risky it would be.

It’s a “more complex book than I’ve ever tried to write,” said Ford, whose best-selling debut, “Hotel at the Corner of Bitter and Sweet” made the Great Falls author into a household name.

Jamie Ford will read on Sunday, Sept. 18, at the ZACC Show Room at 7 p.m. as part of the Montana Book Festival. Admission is included with an all-access button, or $5 for a single entry.

He thought that if “The Many Daughters of Afong Moy” didn’t connect with editors or readers, “it could be the end of my career” he said recently. Or perhaps it might be “a serious detour to nowhere.”

The book revisits the tragic story of the first Chinese woman in America and spirals forward in time, imagining her descendants six generations into the future, and how they’ve been affected by inherited trauma.

While it has futuristic elements, its central character shows the historical research that flavored his prior novels, with an eye toward the Chinese-American experience.

“I like turning over rocks, and looking at the squishy things underneath when it comes to American history, the things that never make their way into high school history books. The stories that are lesser known are always intriguing and fascinating and things that even if I'm not going to write about them, I'll often just go down that research rabbit hole to see to see how much I can learn and discover in the process. Sometimes there's a story, sometimes there isn't.”

Ford’s great-grandfather, Min Chung, came to the U.S. from China in the 1860s, took the last name of “Ford,” and became a miner in Nevada.

Following through on the elements of speculative fiction led to Ford switching publishers and editors, and gambling that readers who’ve known him since “Hotel” in 2009 would stay with him.

They’ve followed along, though, and he’s found “a whole new audience that I never reached before, which is really cool.”

Ford was invited onto the “Today” show last month as part of co-host Jenna Bush Hager’s book club. Her production company has also optioned the rights to the book, which has enough plot threads to fill three seasons.

A ‘big box of crayons’

In his acknowledgements, Ford refers to the book as his “big box of crayons,” and he draws on myriad sources.

The title character is Afong Moy, a real person. Ford had read about her years ago, and while he’d wanted to adapt her story, he wasn’t sure that there was enough material for a book.

She was brought to America from China and exploitatively shuttled around the U.S. as an attraction. She was covered extensively in newspapers as a celebrity, and treated as a human novelty show, but died in poverty, according to some sources.

There is a historical nonfiction account, “The Chinese Lady: Afong Moy in Early America,” by Nancy E. Davis, to draw on, but little in the way of diaries or direct recollections.

“We never hear Afong in her own voice,” Ford said.

“Her story probably had a very tragic ending, and in writing this book I wanted to give her a voice, and a legacy and try to redeem that story a little bit, and her journey a little bit,” he said.

He’d also “gone down a rabbit hole” reading about epigenetics and the questions it raises about why we are the way we are. There are studies on the descendants of Holocaust survivors, women who were pregnant during Sept. 11, 2001, and their children.

“People in Native American communities have been talking about that intergenerational trauma for 100 years or so, it’s something that’s been out there and around us. It’s just now entering the cultural zeitgeist from a bunch of different directions,” he said.

Bringing the ideas together

How did these stories end up in one novel? About three years ago, he was at a residency outside Illinois called Ragdale. He was hitting a wall on a project, and a fellow writer told him that it was obvious. Why not try something else?

“That's where I realized if I combine the two, I can give her fictional descendants. And I can tell her story in a broader, different way,” he said.

And he’d also make a book-length move into a combination of historical and speculative fiction. While he’s known for his historical novels, he’s published short stories in a variety of genres.

“I often say that speculative fiction is my mother tongue,” he said, and counts it as his “first love” in reading.

Regarding speculative work, he became close friends with Harlan Ellison, the legendary writer who won Nebula Awards for his work. (Ford even bought Ellison’s typewriter.)

In the year 2045, her descendant, Dorothy Moy, is raising a young daughter while coping with her own mental health issues, which have derailed her career as the poet laureate of Washington. She undergoes an experimental epigenetic treatment, based on the idea that inherited trauma is passed onto offspring.

In exploring the idea, Ford cross-cuts between timelines, starting with Afong’s in 1836 and Dorothy’s daughter, Annabel in 2086, for a total of seven. Four are historical, one is somewhat contemporary (2014) and two are decades into the future.

While the book doesn’t lend itself easily to a short description, the writing style is accessible, hewing closely to each of the women’s perspectives through struggles, tragedies and triumphs.

There were plenty of opportunities to indulge in his love of research, including things that had caught his eye but had also eluded him as the subject of a full book: the Summer Hill School in England in the 1920s, which was like a precursor to modern progressive alternative schools; an epidemic in San Francisco in the late 1800s. (He said his office resembles a conspiracy theorist’s, with stacks of books, note cards, interviews and scientific papers.) No spoilers, but there’s also an important plot thread about the creation of a feminist dating app and the media and funding environment that sink it.

Another genre of literature that Ford folded into the story: poetry. Dorothy is the Washington poet laureate, and frequently quotes other, real-life poets that Ford admires.

He’s been a fan of poetry since his parents sent him to a camp in fourth grade. He feels that it’s misunderstood — that people who would likely be interested in contemporary poetry had bad experiences in school with older work that “they just couldn’t connect” with.

Moving to Montana to write

Before he’d published his first book, Ford, a Pacific Northwest native, had spent almost six years living in Hawaii. He added up the amount of time he was spending in traffic. The tally was more than three weeks a year.

He wanted not only to get back to the Pacific Northwest, where he grew up, but find someplace quieter, where he could redirect all that commuting time toward writing. In 1999, he found a job in Great Falls at an ad agency.

He’s built a family here, although they lived in Belgrade for a few years recently. They’re now back in Great Falls due to career opportunities for his spouse.

The books are “a place for all of those thoughts and feelings to go.” Several of the timelines in his new book take place in Seattle, for instance. He also brought up the fact that Ivan Doig, one of the most celebrated of Montana writers, moved to Seattle and wrote about the Treasure State.

Besides that, he loves the quality of life, and as someone who grew up blue-collar, he likes being in a working-class town. “The peace and quiet really helps. It also helps keep me grounded,” he said. One day, he’s talking about his book on the “Today” show. The next week, “I’m gonna be picking up dog poop in the backyard. It’s just normal life.”

While the positive reception to “Afong Moy” has pleased him, he said that the success of “Hotel” was a double-edged sword, too.

“It had so much success that it created a shadow that took me forever to get out from under,” he said. Each book is different, he said, and compared them to climbing Mount Everest. “If you climb it again, the mountain doesn’t get any shorter."

Highlights to watch for at the 2022 Montana Book Festival

There are more than 50 authors and even more events, spanning local writers, genre, poetry, fiction and fan-fiction.

Who better to perform the work of Felix and Fanny Mendelssohn with Missoula Symphony Orchestra than a pair of virtuoso soloists who happen to be siblings?

Author Jamie Ford poses for a photo in his Great Falls home recently. Ford is the bestselling author of "Hotel on the Corner of Bitter and Sweet" and recently published his new novel "The Many Daughters of Afong Moy."

"The Many Daughters of Afong Moy" by Jamie Ford; Atria Books, 384 pages