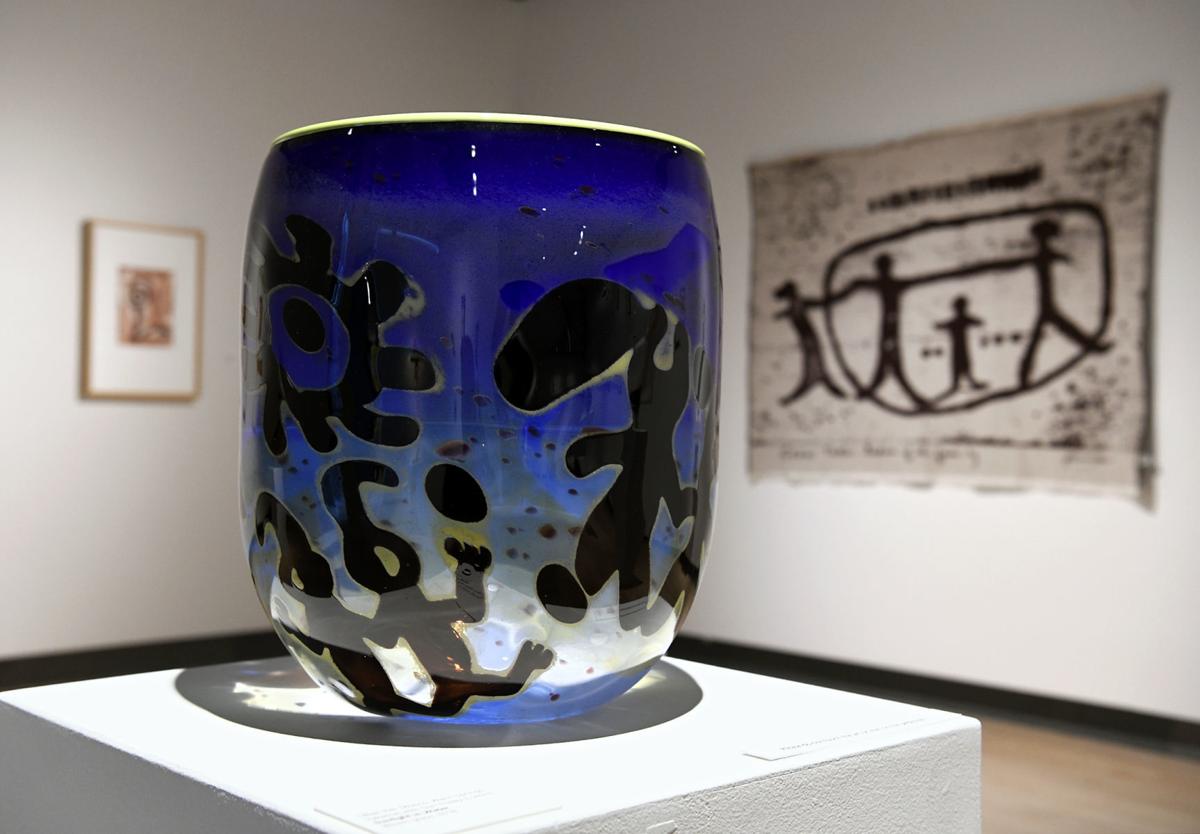 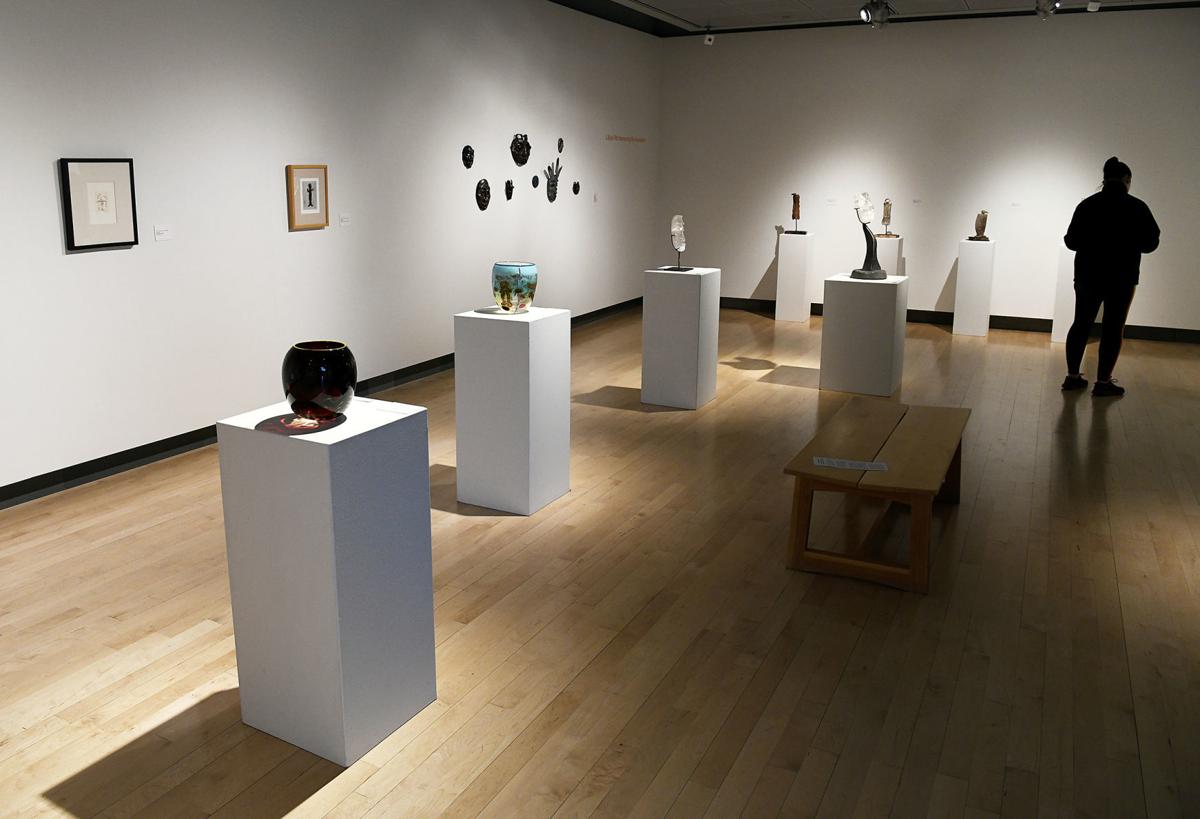 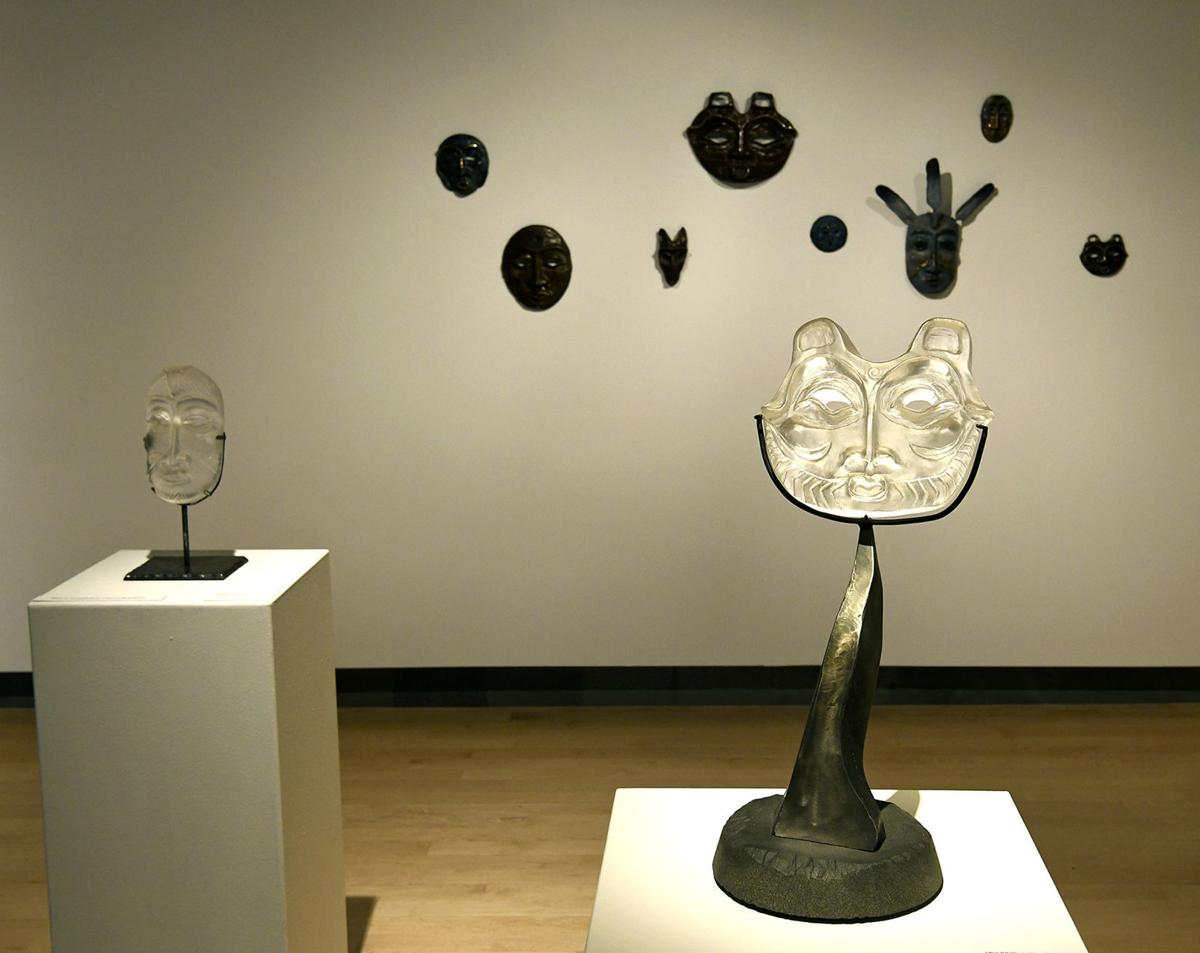 Works included in Pitt's exhibition at the MAM include masks in cast glass and bronze. 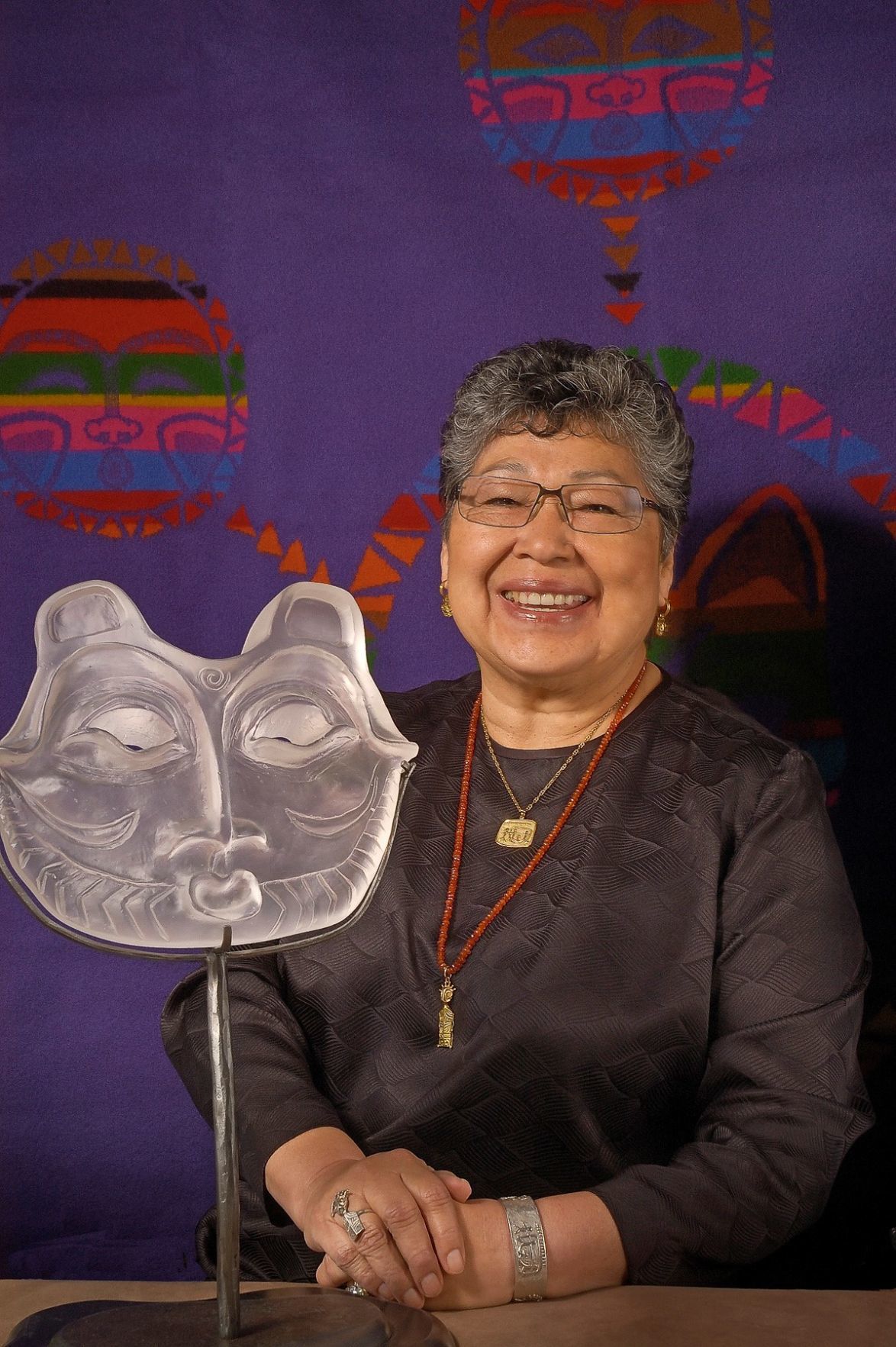 Works included in Pitt's exhibition at the MAM include masks in cast glass and bronze.

Lillian Pitt hasn’t always been connected to her Native American culture. In fact, as a child, she knew very little about her ancestors. It wasn’t until she took a clay sculpture class in her mid-30s that she felt a calling to honor her history through art.

“It was very magical to me and I had never felt so strongly about something else besides what it was I was doing, and that was clay,” said Pitt, a Native American artist based in Portland. “I loved everything about it.”

Today, Pitt is a renowned sculptor and mixed media artist in the Pacific Northwest and beyond, known for using the shapes, symbols and culture of her ancestors to tell their story through her art.

Her most recent work is on display at the Missoula Art Museum’s Frost Gallery in a solo exhibition titled “Honoring My Ancestors.” The exhibit includes several different mediums and features prints, masks, sculptures, blown glass and more, all donning traditional shapes and symbols used by her ancestors who lived 10,000 years ago in the Columbia River Gorge.

Pitt was born and raised on the Warm Springs Reservation in north-central Oregon at a time when there was a detachment from cultural heritage within the Wasco and Paiute tribes.

Her parents attended boarding schools set up on the reservation that were meant to assimilate Native people and strip their traditions and cultures, so she spent her childhood trying to blend in, something her parents encouraged as a way to protect her.

“Boarding school was really hard on them so Mom and Dad wanted us to be as generic as we possibly could so as not to draw attention to ourselves,” she said, which meant acting more white and less Native American. Stories and traditions of her family history were mostly absent.

She enjoyed school and did well in her classes, which she said was not expected of her in her community.

“It was a smaller town and there was prejudice against the Native Americans and none of us were expected to do well at anything, so I had to fight that.”

After graduation, Pitt’s career path wove between working as a hairdresser and beauty school instructor, to attending community college for dental hygiene, all while battling a back injury that saw her turned down by employers along the way. She eventually landed a job working in mental health and human services and loved it.

Soon after she signed up for and took the clay class that ended up solidifying her future.

She continued taking sculpture classes and creating art. Eventually her work caught the eye of R.C. Gorman, a well known Navajo artist, at the height of his prominence in the early '80s. Gorman purchased two of her pieces and started helping Pitt show her art in galleries, jump-starting her career as an artist.

And while Pitt was making art featuring Indigenous styles and themes, she still missed the connection to her own Native American heritage and ancestry. She slowly started to dig into her past and the history of her people, even visiting several sites in the Columbia River Gorge. She couldn’t stop thinking about the one thing she had seen of her ancestors there: a petroglyph on a rock face.

“It just kept haunting me,” she said. “I kept working in clay and kept thinking, ‘Huh, I think I should go talk to my elders.’” And she did.

“They told me all about who I was and who my family was and where we came from. And I thought we were always from Warm Springs, Oregon, and my dad was from Yakima, Washington. Little did I know that in the mid-1800s, they moved us from the gorge and sent us to these reservations,” she said, actions that effectively split the tribe. “And I thought, ‘Oh, my gosh, those ancestors have been there for over 10,000 years and and we all seem to have forgotten about them.’”

That meeting with her elders was the beginning of a deep investment into her tribal history and a career creating art that gives a voice to her Columbia River Gorge ancestry, a connection that is now obvious in all of her work, including the pieces at the MAM.

Brandon Reintjes, senior curator at the MAM, said Pitt’s exhibit was both exciting and daunting to set up based on the sheer number of pieces and the variety of mediums.

The gallery’s walls hold Pitt’s prints and some masks, both clay and glass, and several pedestals throughout the space feature her clay and glass sculptures.

“You’re trying to think about how the exhibition is going to lay out and how it’s going to make sense when somebody enters the space and starts experiencing this,” he said. “You want to create a cohesive story of the whole exhibit.”

During the setup process, Reintjes asked Pitt what was going to tie it all together.

Pitt’s work uses materials found in nature, such as clay, glass and wood, which she says is another way to connect to her roots. Pitt doesn’t have a favorite medium, but pointed to differences in working with each.

“(The materials) have been around forever and of course the clay is just like my friend. It does what I want it to do sometimes and if it doesn’t, then I just shove it around and make it do what I want,” she said. “Glass is less forgiving, so I have to think ahead and know what it is I’m going to do, because I don’t have a second chance.”

The blown glass pieces are new for the artist, who said she’s only been making them since 2018 with the help of Seattle-based Native American glass artist Dan Friday.

“I think glass is really seductive with the color,” Reintjes said, adding that gallery visitors seem to be drawn to her glass-blown works. He pointed to the repetition of the petroglyphs that Pitt uses in almost all of her art.

“She’s always making new work and it’s surprising that she has this narrow focus that she’s able to keep mining for so many years and with all the different mediums,” Reintjes said. Some visitors have mistaken the exhibit for a group show.

“They kind of see the different mediums and they’re surprised that one person can be so prolific and engage so many different mediums so competently, so it’s been interesting to gauge everybody’s response,” he said.

The Frost Gallery is a dedicated area at the MAM to show contemporary Native American art and Reintjes said they wanted to create a space for conversation to happen.

In November, Pitt was at the exhibition for a talk as part of the MAM’s Indian Country Conversation series and Reintjes said it was the best attended Saturday morning talk at the MAM.

Pitt told her story about how she came to know her ancestry late in life because of efforts to water down her peoples’ history and culture that lingered through her childhood and still today.

“We have some goals with this gallery and increasing our Native audience, especially for programming like that and really trying to break down racism and stereotypes,” Reintjes said. “So it’s nice when you get to see it in action and people are really responding and using it as a way to approach it from different perspectives.”

Pitt hopes people visiting her exhibit find what she found years ago in her mid-30s.

"Honoring My Ancestors" features the work of Pacific Northwest Native American sculptor and mixed media artist Lillian Pitt and is on display in the Frost Gallery at the Missoula Art Museum through Feb. 22. For more information, visit missoulaartmuseum.org/.

An invitation to Missoula's Ballet Beyond Borders ended up being the spark that got Marsha Kwan to put her ballerina slippers back on.