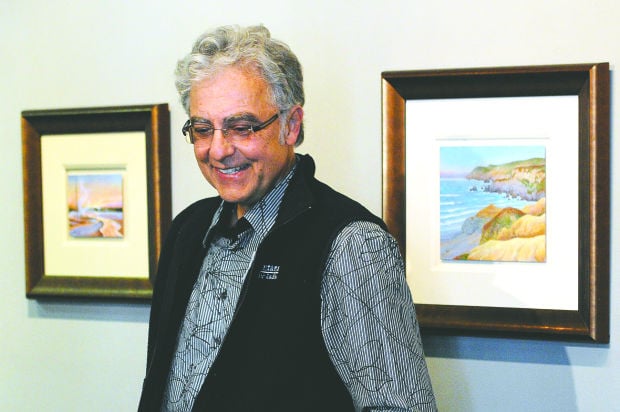 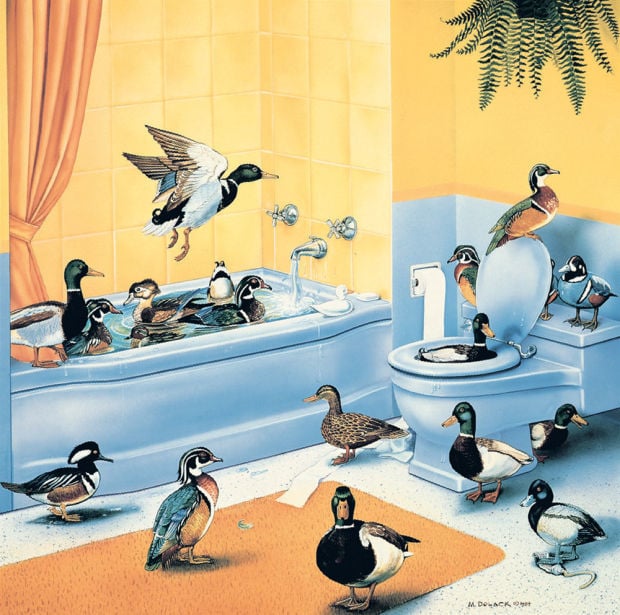 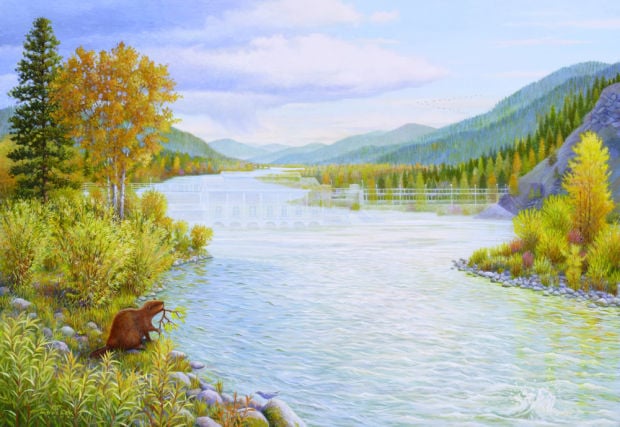 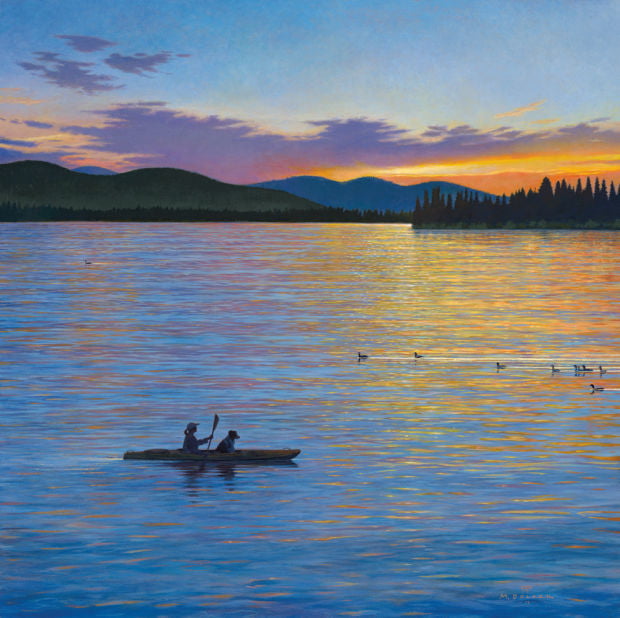 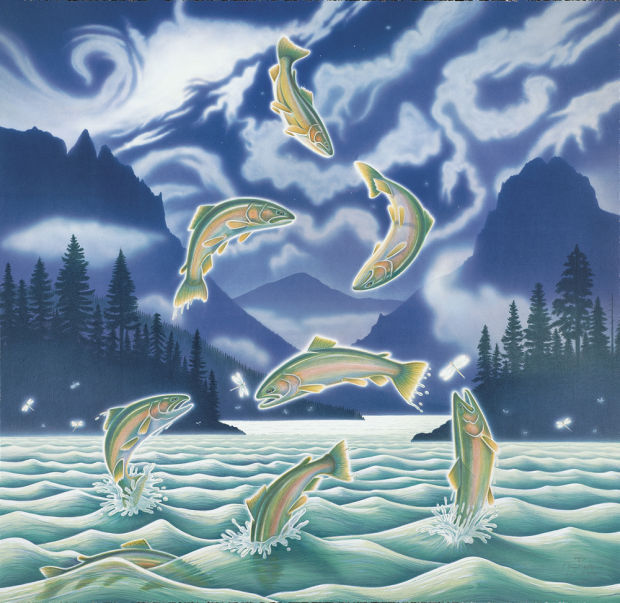 Taking a tour of Monte Dolack’s gallery on Front Street in downtown Missoula is like paging through a scrapbook of the city’s recent history.

“Blue Heron,” from 1990, shows a majestic bird flying past the old Top Hat, where Dolack had an upstairs studio for 15 years.

“Witness to Change,” from 2006 depicts the Clark Fork River flowing freely, unimpeded by a ghostly rendering of the Milltown Dam.

Then there’s the iconic scene of a modern bathroom overtaken by a series of mischevious ducks. It was part of a series of art posters Dolack calls “The Invaders,” which featured nature and wildlife triumphing over technology and human encroachment.

“‘Surburban Refuge’ was the one. That was such a successful art poster that it enabled us to open this place,” Dolack said during a visit to the gallery he owns with his wife Mary Beth Percival.

The series was selling well around the U.S., Europe and Japan in 1993 when Dolack noticed the insurance office across the street was vacating.

“One day, I looked out and there were people coming out the door here with boxes,” Dolack said. “And so I walked across the street to see what was up and they said, ‘We’re moving out. The building’s going to go up for sale.’ By that afternoon we’d put an offer in.”

They gutted the offices in the front of the building to create a showroom gallery. There, Dolack, then 43, could display the 100-odd posters and prints he’d made up to that point. Twenty years later, Dolack figures he’s created about 300.

On Friday, he’ll celebrate the gallery’s anniversary with a retrospective. Dolack and company will select a series of iconic and historical paintings, lithographs and posters.

The works will stretch back to the posters he made for the Aber Day Keggers – gigantic outdoor parties thrown outside of town in the late ’70s. Dolack’s whimsical surrealism was at work already in the 1979 poster – it features a jean-jacketed, beer-swilling dude trying to ride a Stratocaster like a bull.

Dolack was always a fan of Rene Magritte, the Belgian surrealist fond of bowler hats and objects suspended in space, but he began his career as an abstract artist.

When he was attending art school, it was the movement du jour – it’s just what people did.

“You painted abstract paintings when I went to school,” he said. He grew to find it constricting for the messages he wanted to convey, but he didn’t have much technique for realism beyond some basic life drawing.

“So I had to learn how to paint things from the visible world. I didn’t know how – they didn’t really teach you that in school,” he said.

He found a willing teacher in Percival, a skilled painter and artist. She took him out to work on landscapes, and he built up his skill set.

Influenced by the art movement in San Francisco, he produced posters for a number of new local businesses and nonprofits – some still with us (the Trail Head, the Missoula Art Museum) and some not (Rishashay). That set up a rhythm he maintains to this day.

There’s crossover between the posters and the paintings, but Dolack is choosy when it comes to the commissions he accepts.

As an example, there’s a large painting he produced of Yellowstone Falls for a private collector. A nonprofit, Yellowstone Coalition, later asked if it could be used as a poster to benefit its work for the park.

“The profit goes back into the park. Trailwork, repairs. Now it’s really important with the sequester because the parks are underfunded,” he said.

A client’s cause is important to him, and the list of groups he’s worked with over the years reveals a preference for education, humanities and environmental and conservation groups: the Montana Music Education Association, Montana Summer Symphony, the International Choral Festival, the National Endowment for the Humanities, and Literacy Volunteers of America are among the many names.

“Because my art and my name are connected, when I do something for someone it’s not just an advertising poster, it’s a Monte Dolack,” he said. “And so I feel that I have to really personally have a relationship or understanding or be in agreement with who I’m working with.”

He doesn’t want to do advertising, and says he’s not really good at it anyway. Maybe his posters and labels for Bayern Brewing lean toward commercial work, he said, but he notes that the product is handcrafted and made locally.

In keeping with that work rhythm, he’s just finished a few more posters, and is working on a series of paintings called “Altered States.”

Those works, which examine Montana’s landscape and its industry, return to the natural history that informs his style – whether it’s a precisely rendered duck in a bathtub, or a surrealism-inspired meditation on deforesting.

Entertainer editor Cory Walsh can be reached at 523-5261 or at cory.walsh@lee.net.

A retrospective of Monte Dolack’s work

to celebrate his gallery’s 20th anniversary will go up on First Friday, June 7, from 5-8 p.m.

Montana is covered in some of the largest wilderness areas in the country. Naturally, it seems best for a Montana native to commemorate 50th a…