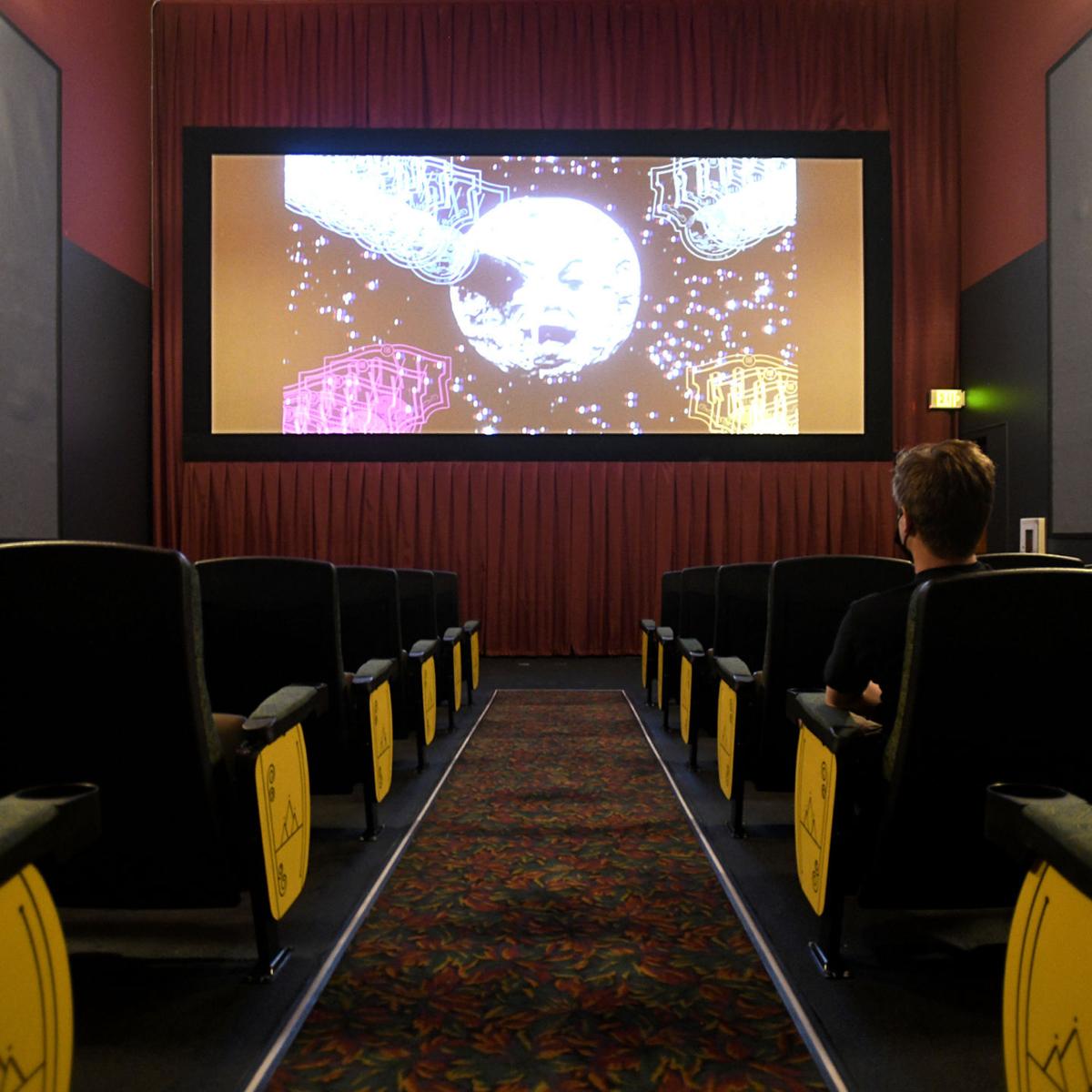 The Roxy Theater is reopening for public movie screenings on Friday. 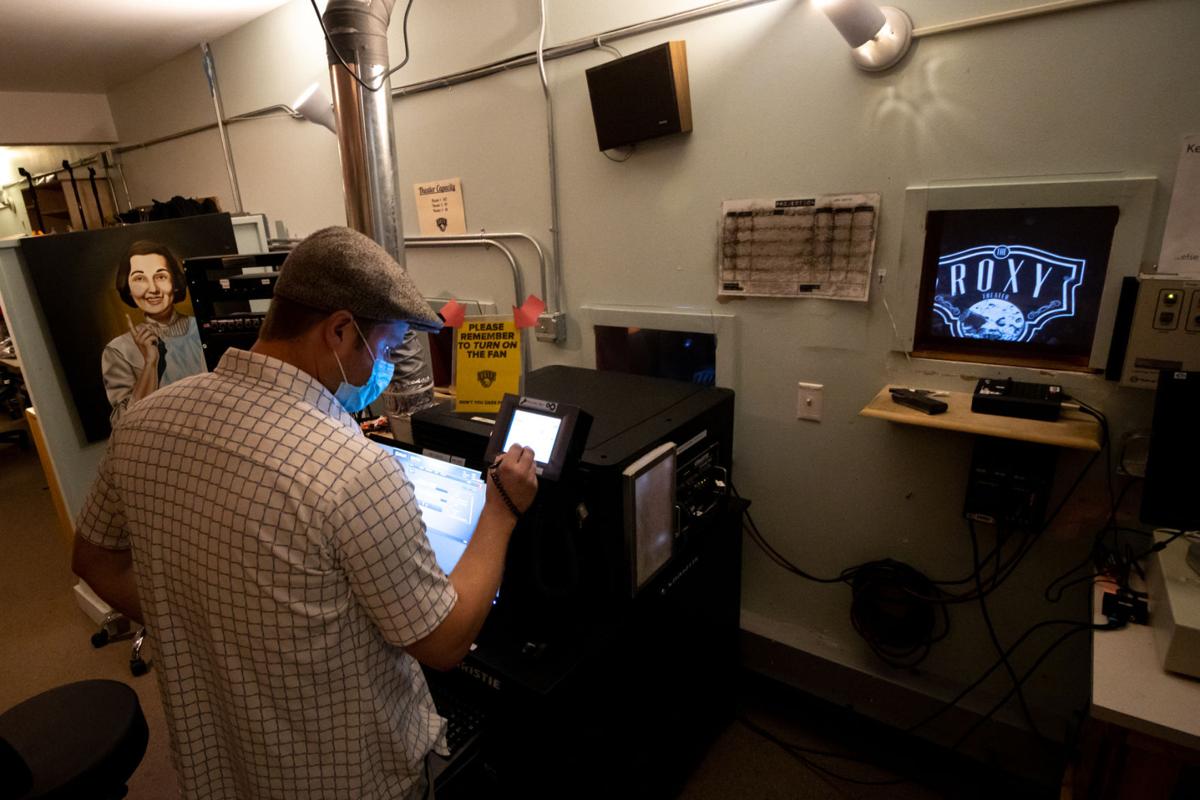 John Budge, operations manager, cues up the projector in preparation for the Roxy's long-awaited reopening on Friday, June 4. 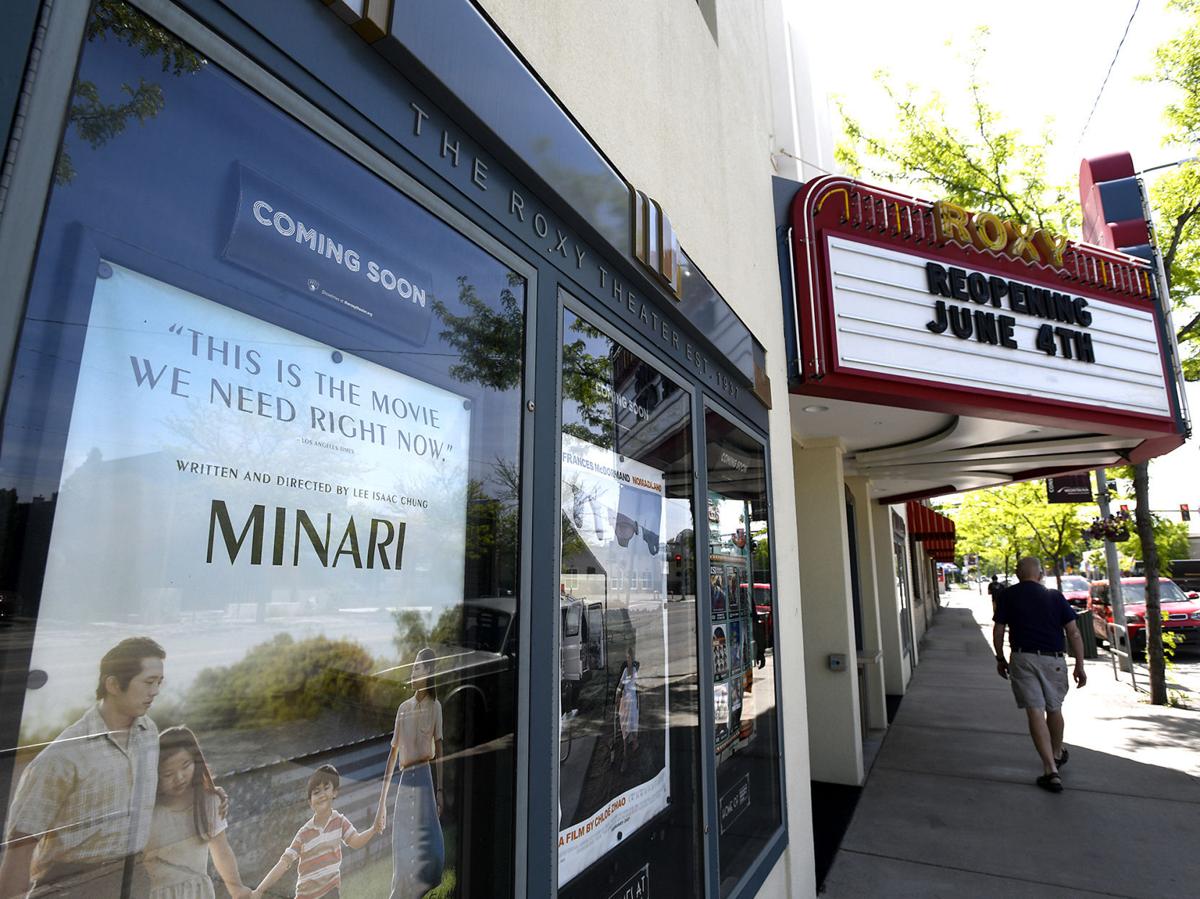 The Roxy will reopen on Friday with showings of "Minari" and "Nomadland."

The Roxy Theater is reopening to the public on Friday.

The nonprofit’s director, Mike Steinberg, said he “can’t wait for that” moment or two of silence before the movie starts for the audience who’ve all come together to see a particular show, “making that commitment together, and the social pact” that doesn’t happen with home streaming.

The time to resume screenings became more clear after the Centers for Disease Control and Prevention’s announcement that vaccinated people can gather in groups safely. Their staff have all been vaccinated, and masks are required in the lobby and bathrooms but not the theaters themselves.

It’s a “nice, slow” return for both the staff and for moviegoers, he said, allowing them to get used to the theatrical experience again after a year of home viewing (and pausing and texting) on demand.

“I’m optimistic that our audience will come respectfully, and remember, this is what watching the movie in the theater is all about,” he said.

The Roxy has three theaters in the main building (plus the smaller annex next door), and will start out by showing one movie in two theaters with 50 viewers per room for social distancing “and an opportunity for people to feel comfortable back in the theater.” They also installed new air filtration systems in all theaters and the lobby.

On June 11, they’ll open “In the Heights,” a big-budget adaptation of the hit Broadway musical co-produced by Lin Manuel Miranda. Next are a set of music documentaries — Edgar Wright’s “The Sparks Brothers,” about the influential pop group; and Questlove’s “Summer of Soul,” on the 1969 Harlem Cultural Festival, nicknamed “the Black Woodstock.”

In the past, films that had hybrid releases still drew people who wanted a cinematic viewing.

“'Roma' was a great hit here — people wanted to see it onscreen,” he said, even though Netflix released it simultaneously. Since then, it’s remained true.

“They were all movies that people want to see in theaters … wanted to have a big-screen experience," he said.

Besides new releases, they’ll begin resuming the features they’re known for. “Hopefully, we can get back to some sense of that kind of robust community cinema,” he said, and “and already it’s stacking up.”

If you can recall Roxy’s monthly calendars back in 2019, they were a dense grid of regular series and specialty offerings.

Here’s what you can expect coming ahead:

If they’d wanted, the theater could have opened in December, Steinberg said, but “that hasn’t felt like the vibe of the community,” and they didn’t experience any pressure from the public to resume screenings.

The private movie party rentals that started last July were popular — in December they had about 85, said operations manager John Budge. A more typical month was 30 to 35.

“It's tapered off considerably,” Steinberg said, “in part because I think there are other things for people to do. It's also that time of year where people are eager to go out, but we're still going to offer it as a thing that we do.”

They’ve brought back some staff members for a total of 14, whereas prior to the pandemic they had about 24 including film festival employees. “We can’t expect to go from zero to 60,” he said.

But he does expect that “by the end of the year, if all goes well in terms of public health, we’ll be firing on all cylinders once again,” he said.

Tammy Bodlovic, the development director, said that “Since we closed in March of 2020, we’ve seen a great outpouring of support from the Missoula community and beyond,” including people who have moved away.

The theater received CARES Act support through the state and has applied for a Shuttered Venue Operators Act grant through the Small Business Administration. The program is dispersing funds in three priority levels, and the Roxy falls into the tier of operators who lost at least 70% of revenue compared to 2019. They should hear back on their status within several weeks.

The money will help them as the public gets “more and more comfortable with attending a movie,” as the costs of putting on a half-capacity film are the same as a sold-out one, Bodlovic said.

“We have concessions and organic popcorn ready to welcome people back in the lobby and in the theater,” she said.

Bodolovic said that everyone who donated, renewed a membership, streamed a movie at any of the festivals (IWFF, Montana Film Festival and Kiddomatic) or watched one of the outdoor films contributed.

“It worked. You did it. We’re still here. We’re opening back up. Thank you.”

The Roxy Theater is reopening for public movie screenings on Friday.

John Budge, operations manager, cues up the projector in preparation for the Roxy's long-awaited reopening on Friday, June 4.

The Roxy will reopen on Friday with showings of "Minari" and "Nomadland."