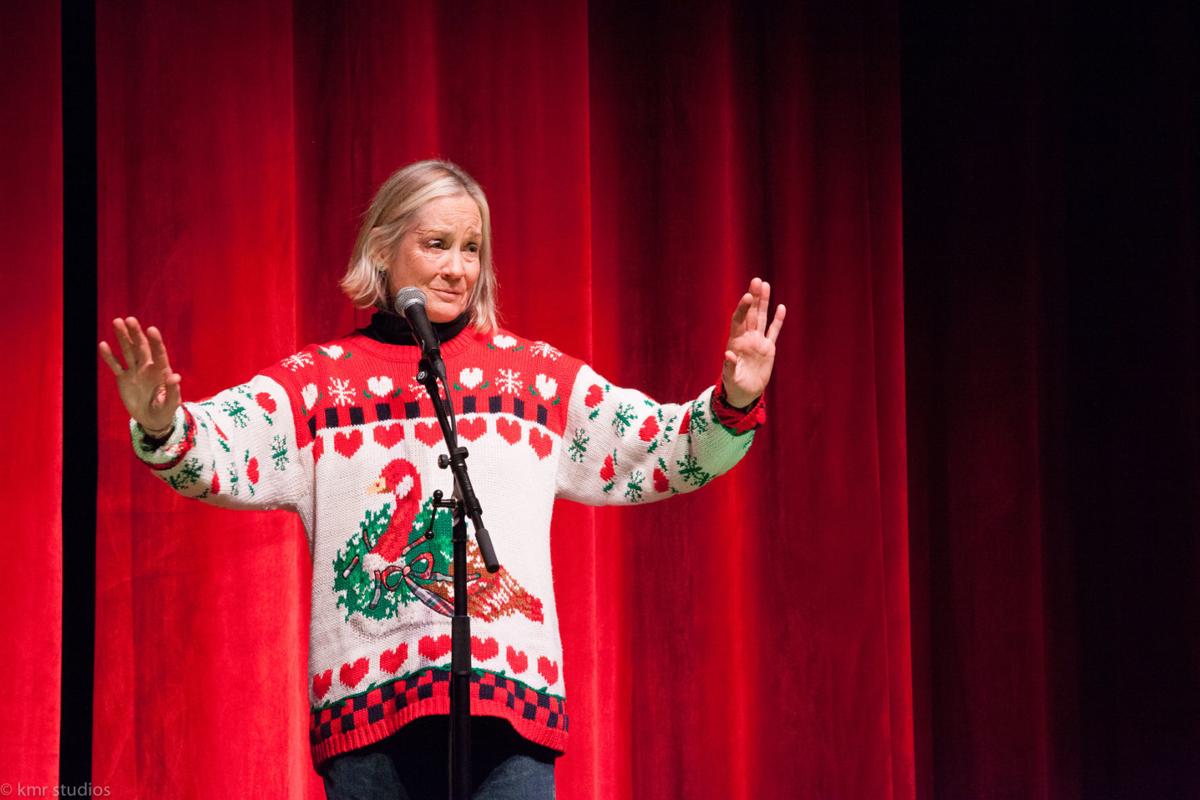 Kristi Hager performs at Tell Us Something at the Wilma in 2018. Hager is reprising her story from that year for a fundraising dinner on Sunday at the Top Hat. 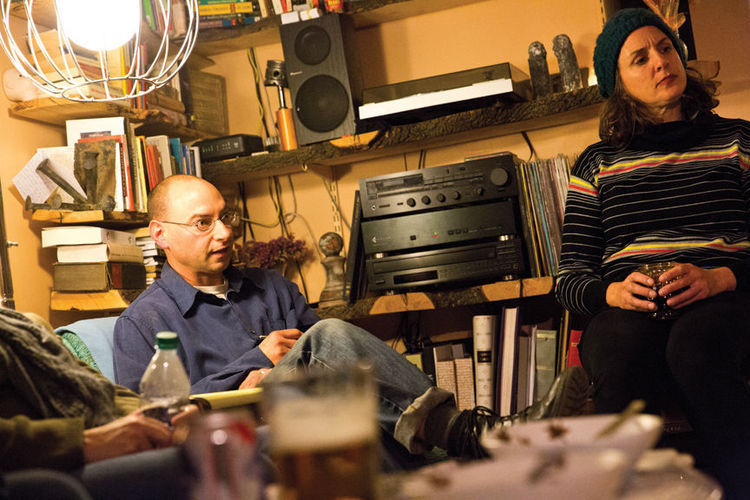 Marc Moss, the Tell Us Something organizer, leads a workshop for participants in 2016. The popular storytelling project is celebrating its 10th year running with its first-ever fundraising dinner at the Wilma to kick off a packed schedule for 2020 that takes the show on the road to three new cities across the state.

Missoula’s popular storytelling project Tell Us Something is celebrating its 10th year running with its first-ever fundraising dinner at the Top Hat.

The fundraiser, set for Sunday at the Top Hat, features dinner, drinks and six storytellers who will reprise their tales from the Tell Us Something archive. John Sporman and Travis Yost will provide a live musical soundtrack.

The dinner is an effort to raise money for the project’s biggest year to date with entry into three new cities as they work towards becoming a 501c3 nonprofit, said executive director Marc Moss.

“As part of the 10-year anniversary and moving into that sustainable model, I thought it could be a great opportunity to raise awareness of that and also to raise some money,” Moss said.

Last year, Tell Us Something expanded to Helena and Butte. Moss said the event will return to both cities again this year and they also have plans to cross the Divide, with shows on tap for Bozeman, Livingston and Gardiner. That’s all on top of the five shows he has scheduled for Missoula.

The event started in 2011 and has gained popularity in Missoula over the years, first holding shows at smaller venues like the Top Hat and now boasting several sold-out renditions at the Wilma.

Moss said he was inspired by storytelling projects like “This American Life,” “Snap Judgement” and “The Moth.”

Each show has a unique theme, which is decided based on a community vote using an online voting platform and spreading the word via social media.

Moss keeps a notebook of ideas that he said is probably around 150 themes long at this point. Each year, he pulls around 15 of the top ideas for the community vote.

Themes for 2020 include “Lost and Found,” “After Hours,” "Be Careful What You Wish For” and “Good Intentions,” with themes for the Bozeman and Livingston renditions not yet decided. (See box for full show schedule.)

While it has evolved over the years, the project in its current form is much more involved than just a person talking on stage.

Tell Us Something recruits storytellers at the local level in each community it visits, sending out a call for pitches via a phone line based on a set theme. Storytellers have three minutes to leave a voicemail, telling the beginning, middle and end of their story.

Moss and his board of directors then vet the stories, voting on which should make it into the show using an electronic spreadsheet.

“We’re looking for stories that we haven’t heard before,” Moss said, adding they also make an effort to include minority voices.

If you’re selected, you’ll have a one-on-one workshop with Moss over the phone and attend a group workshop with your fellow storytellers.

“This is an opportunity for them to get to know each other and gain trust and build a bond while at the same time supporting each other and working through and making their stories better,” he said.

Local artist Kristi Hager has performed for Tell Us Something in Missoula twice, first in 2012 at the Top Hat and more recently in 2018 at the Wilma. She’ll be reprising her 2018 story at the fundraising dinner.

“I’m not a writer or performer, but occasionally I have a story I want to tell, and I’m willing to stand on stage and tell it,” she said, adding the story she pitched in 2012 was right around Veterans Day.

She told a story about a 1968 encounter on a train with a U.S. soldier returning from Vietnam. The man was not in uniform, but had a cast around an injured leg. Hager, who was against the war and said she’d given up on the country after a year of dark and discouraging tragedies, assumed the man had been in a skiing accident.

When she asked, the man replied that he was a wounded soldier returning from Vietnam.

“He apologized for having been a soldier,” Hager said, adding at the time there was a lot of misplaced anger and blame put on men returning from overseas.

She was stumped and wasn’t sure how to respond.

“I just felt like, wow here’s a young man who's been injured, and I don't even know how to talk to him. I held that in my psyche for years and years.”

Hager’s story went on to tell about going to a Veterans Day ceremony here in Missoula 30 years later, where she saw officials from the Jeannette Rankin Peace Center come together with veterans.

“I thought, if these guys can stand up and make peace with each other publicly and honor each other, I can at least show up,” Hager said. “So I thought, I’m going to remember this guy that I could never talk to — and I haven’t forgotten him.”

Hager said it was a powerful experience to share her story in front of an audience of her fellow community members, adding she was thanked by several veterans and family members of veterans after the event.

“I think it just expands our understanding of each other and you can identify with the storyteller,” she said. “And sometimes you are just completely blown away because you’ve never thought about something before.”

Moss said both the storytellers and audience members benefit at Tell Us Something.

“People just want to be heard. They need to feel valued and feel like they’re part of something and sharing their story gives them that opportunity,” he said. And as far as the audience goes, “We also love to connect with each other, and this forces us to do it in a way where we’re shutting off our devices and we’re focused on being together as a community.”

The stories aren’t always as serious as her 2012 tale, Hager said, adding the piece she’ll be retelling at the Sunday fundraiser is on the opposite end of the spectrum and might get some laughs. She doesn’t want to give too much away, but hinted that the theme for her 2018 story was “Getting Away With It.”

“In this case, it was something I didn’t actually get away with,” she said.

For more information and to purchase tickets to the Tell Us Something fundraiser, visit tellussomething.org.

The first-ever Tell Us Something fundraiser is set for Sunday, Feb. 9, at the Top Hat.

Tickets cost $75 in advance and $85 at the door. The event is all ages and features both meat and vegetarian options for dinner.

Tell Us Something 2020 schedule

“After Hours” – Thursday, April 2, at the Orphan Girl Theater in Butte

“Be Careful What You Wish For” – Thursday, May 7, at the Myrna Loy in Helena

The four-piece indie-rock group will play at the VFW on Saturday, the band’s second show since the “New Blue Winter” release party at the Top Hat in September.

Arts in Missoula: Last chance to see the Rep's 'War of the Worlds'

Here's a quick guide to some events happening around Missoula this week.

Industrial Arts MT, a new effort from three Missoula arts entities, has formed and is looking for a potential space for their complementary activities.

The exhibit in the Blackfoot Communications Gallery opens Friday and is a partnership with Soft Land Missoula featuring works from Moses Bushiri, and brothers Luc and Lorenzo Mugondozi.

There are two parts to the Missoula Art Museum's Benefit Art Auction: The pieces auctioned by a professional, live on stage, and the silent po…

Kristi Hager performs at Tell Us Something at the Wilma in 2018. Hager is reprising her story from that year for a fundraising dinner on Sunday at the Top Hat.

Marc Moss, the Tell Us Something organizer, leads a workshop for participants in 2016. The popular storytelling project is celebrating its 10th year running with its first-ever fundraising dinner at the Wilma to kick off a packed schedule for 2020 that takes the show on the road to three new cities across the state. 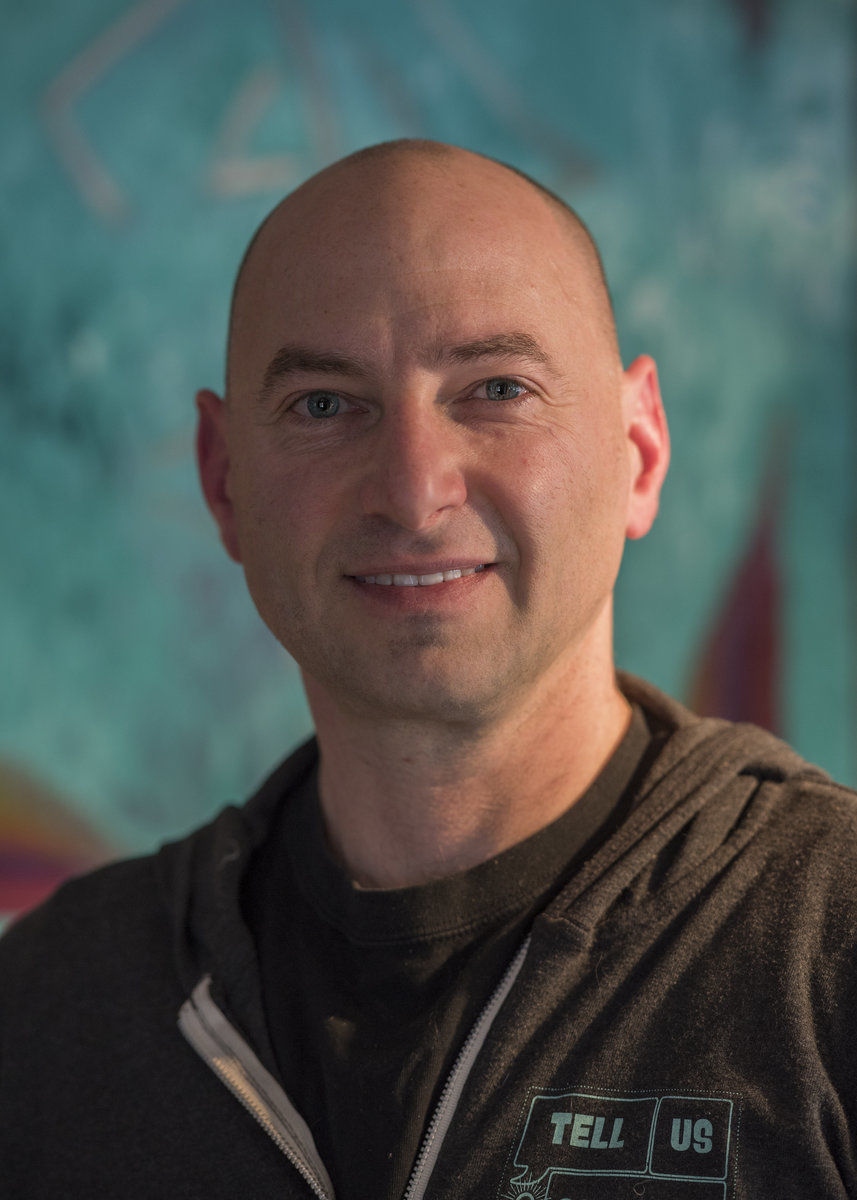