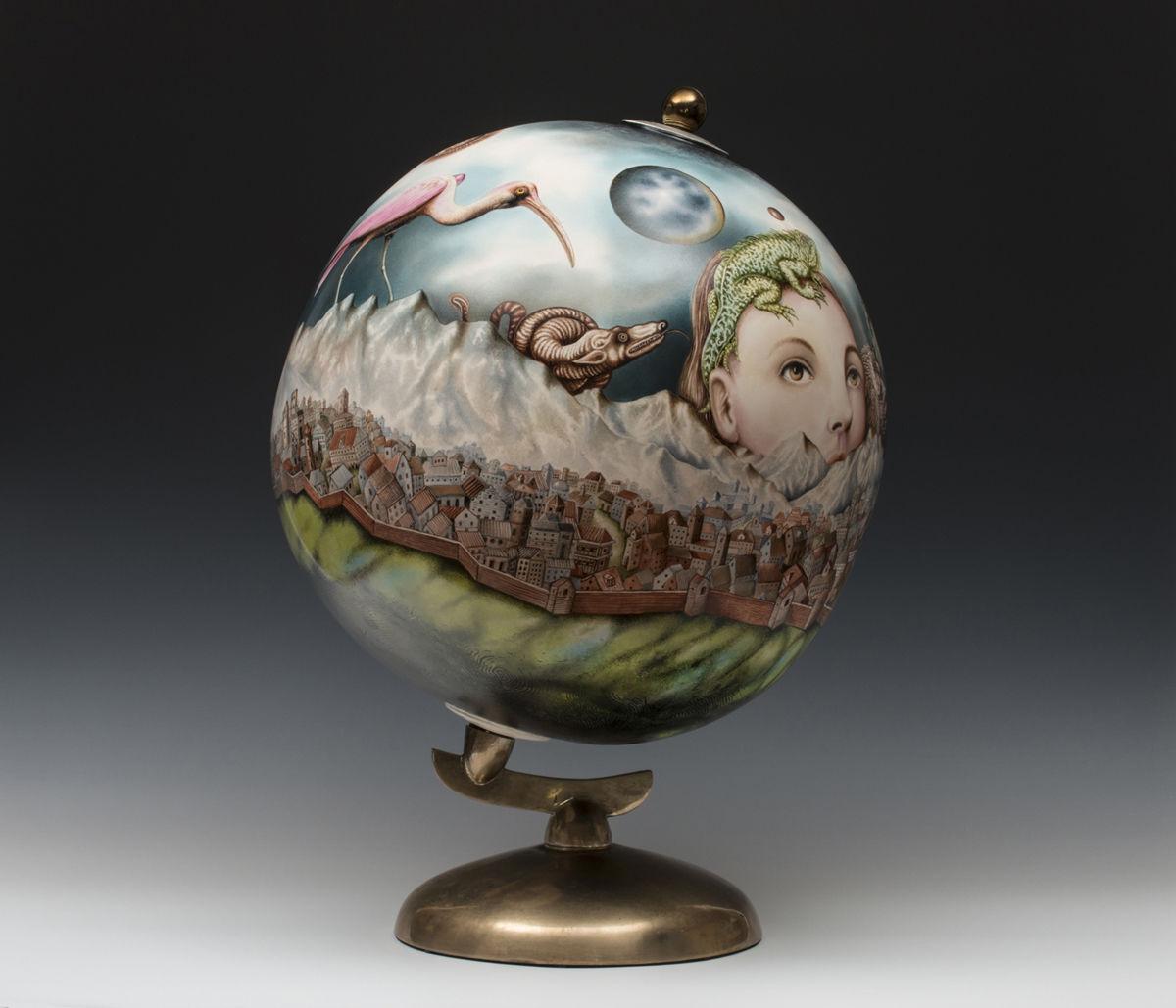 The Montana Museum of Art and Culture is exhibiting two bird-themed shows this fall. Above: Kurt Weiser's “Globe,” (2015, ceramic, photo) from "Selections from the Tim Speyer Collection," which opens on Oct. 15. 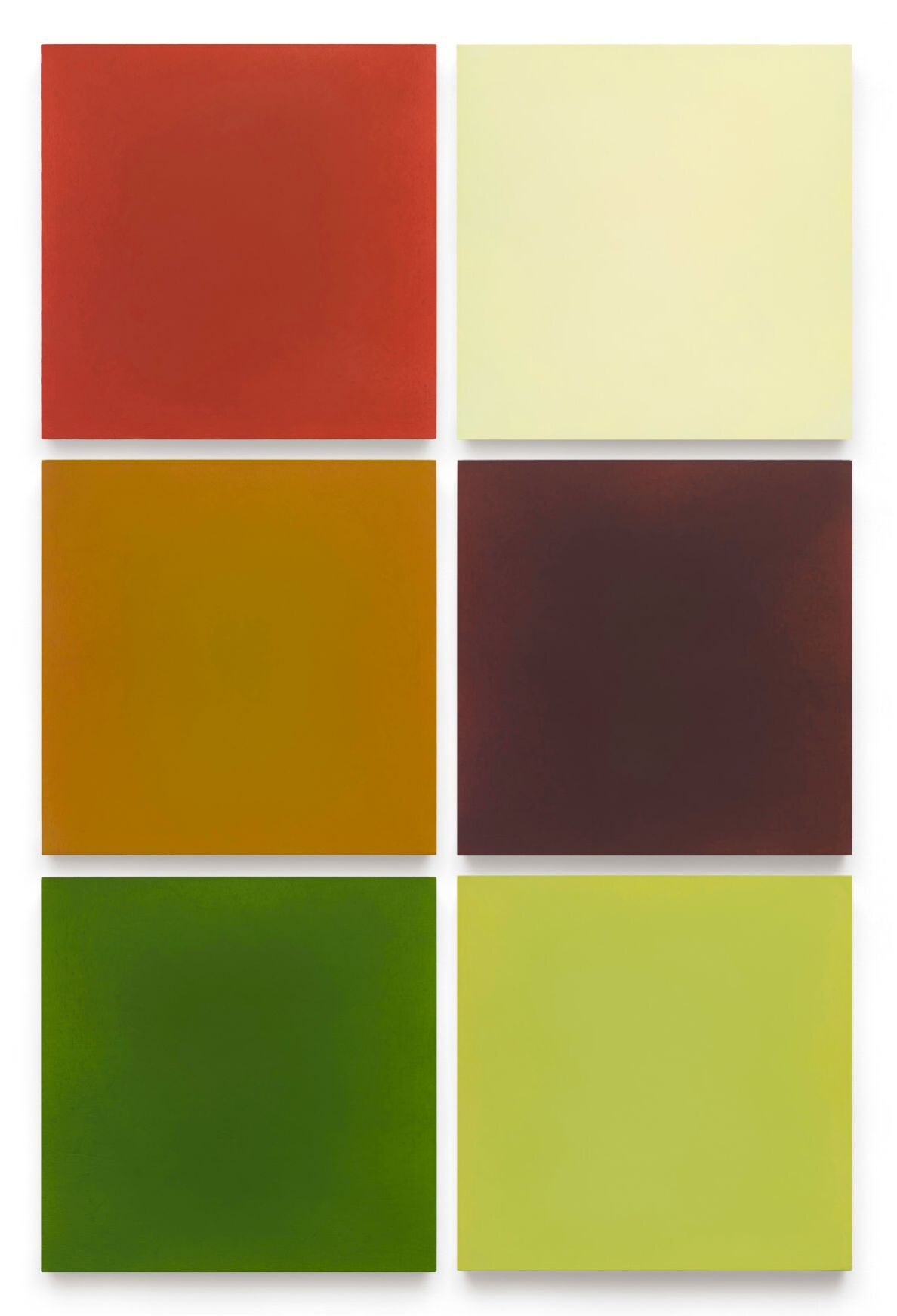 Anne Appleby, who lives outside Jefferson City, is sharing a new exhibition, "A Hymn for the Mother," at the Missoula Art Museum.

A quick guide to upcoming arts and cultural events around Missoula.

Anne Appleby’s exhibition, which fills the largest gallery space in the Missoula Art Museum, will receive its official reception this weekend.

Appleby, who lives in the Jefferson City area, was inspired by the Elkhorn Mountains in “A Hymn for the Mother,” which includes large-scale minimalist abstract paintings, video and sculpture. With their naturalistic palette and spareness, they invite stillness and contemplation. The MAM notes that the show also includes narrative paintings and addresses a subject unavoidable when considering the natural world — climate change.

To accompany the exhibition, the MAM has produced a catalog, “Hymn,” with critical essays by national figures such as John Yau along with their own curator, Brandon Reintjes.

The reception is from 5-7 p.m., free and open to the public. Beer and wine will be available for purchase in the art park.

The show will stay on view through Dec. 20.

Avian exhibitions at the MMAC

Birds are taking over both of the galleries from the Montana Museum of Art & Culture this fall.

In the Paxson Gallery, they're starting off with "Avis marvelous: Ornithology in 19th Century Art and Science," opening Sept. 24. The show examines the overlap of the two fields during that time period, drawing on works collected by local resident Lee Silliman and from the Philip L. Wright Zoological Museum, according to a UM news release.

The second, which opens on Friday, Oct. 15, is "Selections from the Tim Speyer Collection of Art," which comprises pieces that include human interactions with birds. There are plans for an Oct. 28 panel discussion with artists, authors and biologists.

The shows are on view through Jan. 8 in the galleries, located in the PAR/TV Center at UM.

Drew Danburry and Icarus Phoenix are returning to Missoula with a new album’s worth of songs, “No tree can grow to heaven unless its roots reach down to hell.”

Danburry, now based in Utah, recorded the record during a recent stint living in Missoula with his band, comprising Nick Dorsey, Will Pasternak and Ryan Scott, plus Jed Jones and Josaleigh Pollett.

You can listen to the album on BandCamp and Spotify.

Last night at the Giggle Box

The experiential art museum at Southgate Mall is closing for good, ending a year-and-a-half long run for what was originally intended as a six-month pop-up installation.

Help send them off with a closing party and silent auction, where you can bid on pieces of the artwork that locals made for the many rooms in the former Herberger’s.

Ro Myra, a songwriter originally from Nebraska with some Montana ties, is throwing an album release show for her debut, "Nowhere, Nebraska," a collection of original Americana tunes.

You can also hear Teague Goodvoice, Maria Zepeda and Arrowleaf.

Montana Rep’s ‘Back to School’

For “Back to School,” the company commissioned playwrights to come up with short scenarios about school that could be performed in readymade locations in an actual school — in this case, Willard Alternative School, as part of its “Plays on Tap” series. You can meet at Western Cider, have a drink and then take a yellow bus to the school, where you’ll see the plays in succession.

For information, tickets or the Rep’s new “pick what you pay” pricing model, go to montanrep.com or download their app. (Note: Masks are required at all times per Missoula County Public Schools.)

This California quartet with cosmopolitan inspirations and the unusual and multi-faceted instrumental lineup of saxophone, cello, guitar and percussion is coming through Missoula.

Their stop at Stave and Hoop speakeasy is part of the University of Montana Jazz Program’s concert series.

The show starts at 7 p.m. Tickets are $25, available in advance at staveandhoop.com.

The Rob in question is actually Rob Cave, the superbly groovy bassist from rock phenoms Fuuls. His celebrity-named side project with drummer Cole Bronson is releasing a new album, “Slumber Soul,” at the ZACC Show Room. You can also hear their DIY label mates Bombshell Nightlight, plus an appearance by local MC Farch. The doors open at 7 p.m., music at 7:30. Tickets are $10.

Ro Myra’s "Nowhere, Nebraska" feels too assured to be tagged with the word “debut,” but that’s what it is.

The Montana Museum of Art and Culture is exhibiting two bird-themed shows this fall. Above: Kurt Weiser's “Globe,” (2015, ceramic, photo) from "Selections from the Tim Speyer Collection," which opens on Oct. 15.

Anne Appleby, who lives outside Jefferson City, is sharing a new exhibition, "A Hymn for the Mother," at the Missoula Art Museum.