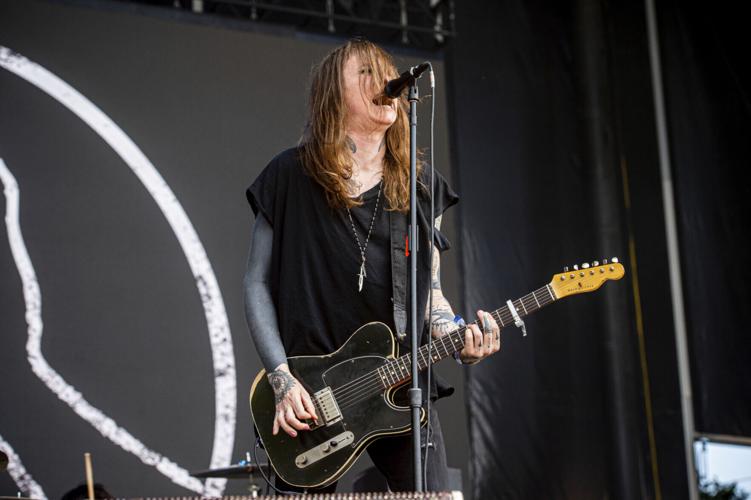 Laura Jane Grace of Against Me! is performing at Monk's on Saturday, Sept. 24. 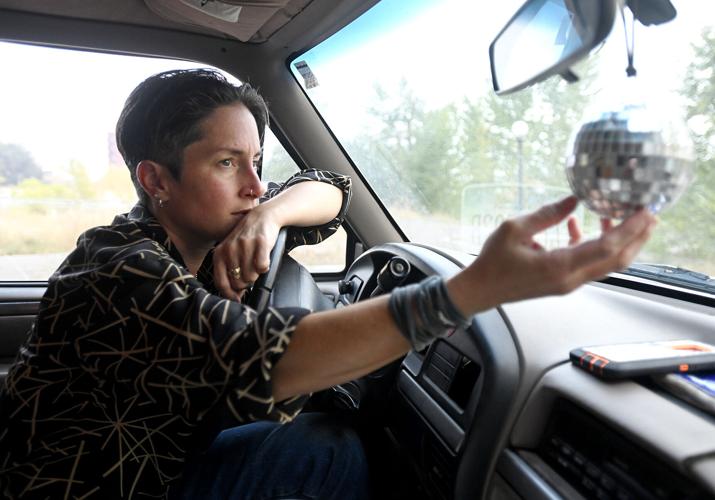 The Montana Repertory Theatre's site-specific production "Buckle Up 2: On the Road Again," continues this week. Audience members take a walking loop around downtown Missoula to see a series of original plays set in parked cars. Above: Finn Bonstein performs in "Cap's Last Tape."

The Montana Repertory Theatre is bringing the drama to the streets again. Or more specifically, into parked cars around downtown Missoula.

For the site-specific project, “Buckle Up 2: On the Road Again,” audience members show up at Montgomery Distillery and grab a drink. Then they get a map and begin a walking route that brings them to a series of five parked cars, where they’ll jump in the back seat and watch an original 10-minute play by a national writer unfolding in the front.

The Rep presented the first installment in 2018, followed by variations that brought plays into hotel rooms at the Campus Inn on East Broadway and inside Willard High School. (During the pandemic, they also tried a self-guided multimedia version and audio plays.)

The shows run at 6 p.m. and 8 p.m. Sept. 22-25. Go to montanarep.com to reserve a seat (they are limited.) Tickets are available under the “pick what you pay” program where you can choose your own level of support.

‘Next to Normal’ at the Westside Theater

“Next to Normal,” an award-winning rock musical about mental illness, will play one week only at Missoula’s Westside Theater.

The show “explores how one suburban household copes with grief, crisis and mental illness,” according to a news release from Andy Meyers of the Fort Peck Theatre, who’s bringing the show to Missoula under the AM Theatrical banner.

They’ll hold discussions with mental health experts after the performances.

According to an MCT news release, the story is about a colorful fish who learns the value of humility and kindness rather than showboating.

MCT’s Artistic Director, Joseph Martinez, the show’s director, notes that “At its core, The Rainbow Fish is about friendship, sharing and most importantly, acceptance. Our cast of adult actors are graciously volunteering their time to this production, because they know the importance of sharing the arts with children and are thrilled because The Rainbow Fish has such a great message.”

The cast is all adults, including Miguel Angel Olivas in the title role; Lily Johnson as an octopus who mentors the fish, and Grace Nolan, Frances Connery and Andrew Fortunate as other sea creatures.

The staple of the Hip Strip for Missoula music fans is marking its 25th anniversary this year.

The shop rose up during the CD boom and bust and the resurgence of vinyl, as fans sought out popular, obscure and eclectic releases among the racks.

To mark the occasion, head to Ear Candy/Board of Missoula for a round of local bands on Sunday.

Laura Jane Grace, the lead singer of punk band Against Me!, is back on a solo tour. Grace’s last album, “Stay Alive,” was released in 2020; followed by a new EP, “At War with the Silverfish.”

The openers are Goners U.K., Gallatin Ghost Train and VTO.

She’ll play at Monk’s on Monday. Tickets are $30, to buy in advance head to laurajanegrace.com.

The Tell Us Something quarterly storytelling event is back indoors for the fall, this time at the Dennison Theatre in the University of Montana.

The theme, as they are ever appropriate for the times, is “Letting Go.” Seven local residents will give a 10-minute monologue, sans notes, about a true experience from their life. As with Tell Us Something tradition, their identities are under wraps until show time.

Note: The stories can include adult themes and language. ASL interpreters will be present for deaf community members.

The show starts at 7 p.m. For tickets, head to tellussomething.org.

Pulitzer Prize-winning musical about mental health to open in Missoula

“Next to Normal,” an independent production, is showing at the Westside Theater the next two weeks.

Tell Us Something, now a nonprofit, brings live storytelling to Dennison

The theme for the Tuesday, Sept. 27, event at the Dennison Theatre at the University of Montana is “Letting Go.”

Laura Jane Grace of Against Me! is performing at Monk's on Saturday, Sept. 24.

The Montana Repertory Theatre's site-specific production "Buckle Up 2: On the Road Again," continues this week. Audience members take a walking loop around downtown Missoula to see a series of original plays set in parked cars. Above: Finn Bonstein performs in "Cap's Last Tape."