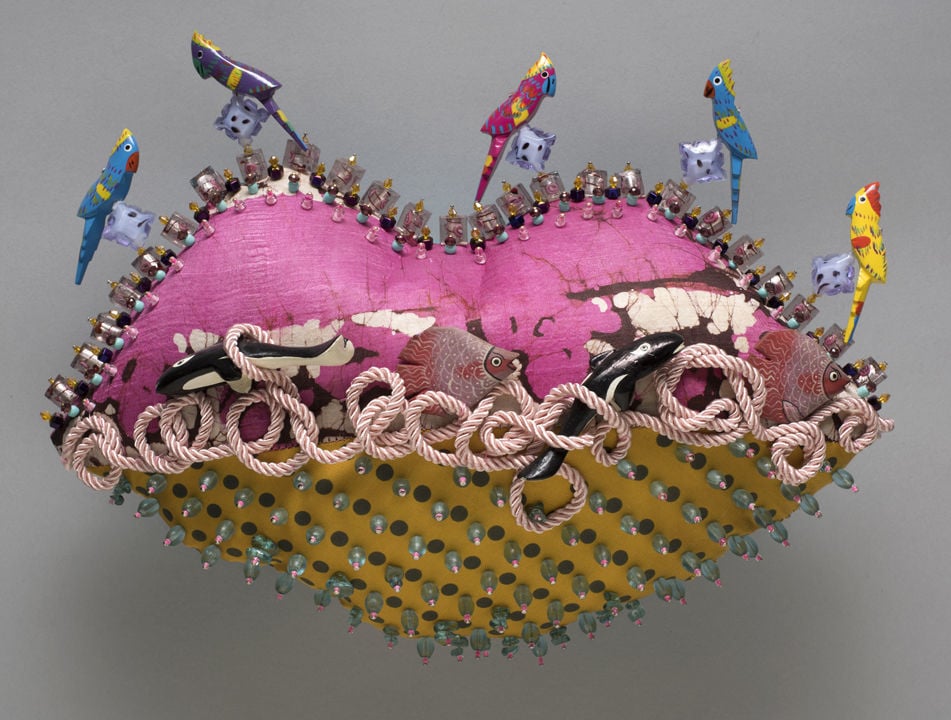 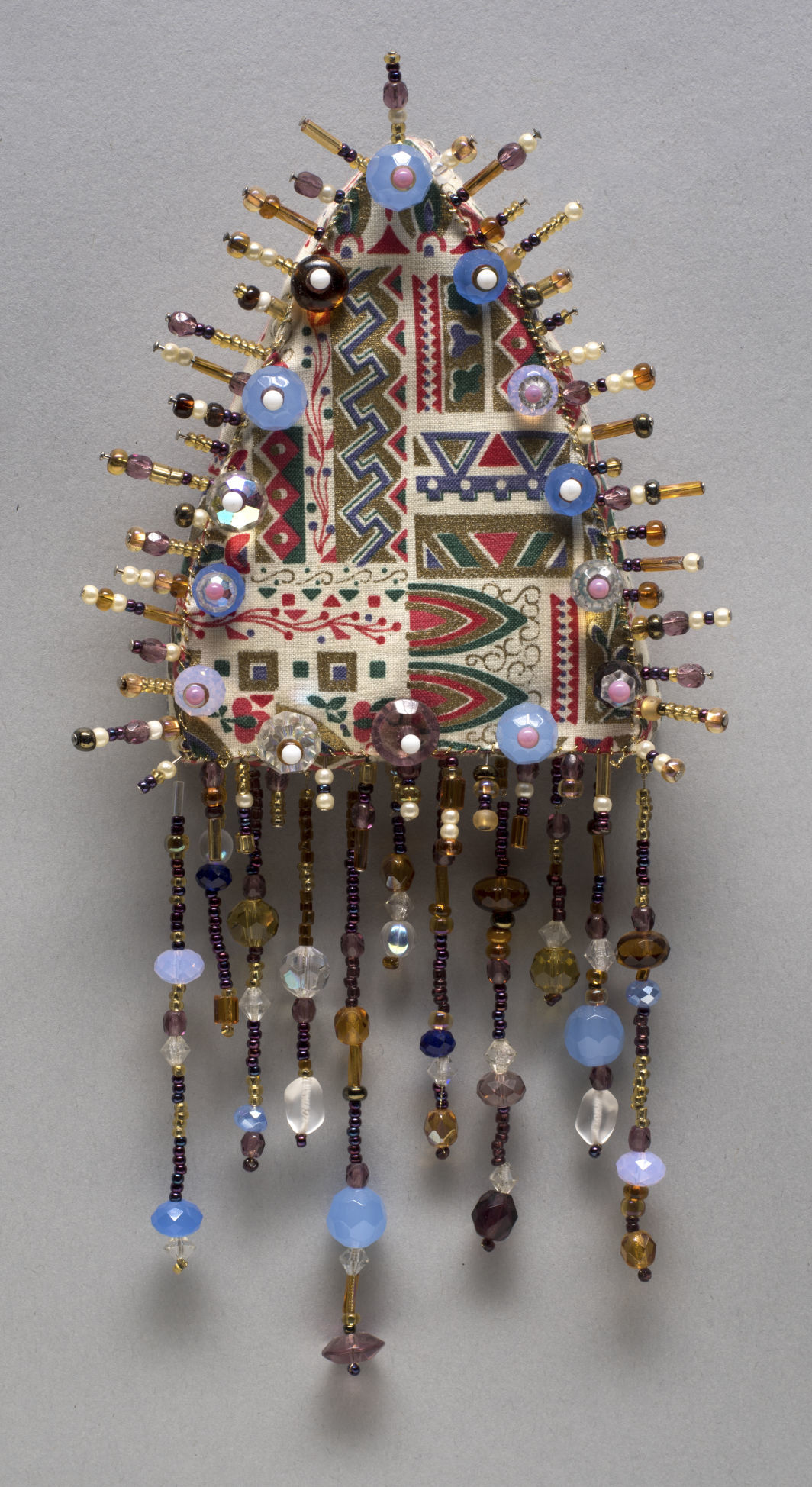 It turns out to be Kasm's first public showing of work that she's been making for several years now, despite having made so much that she's running out of room to store it all.

After decades of professional sewing, and time running a vintage clothing store in Olympia, Washington, Kasm had a realization.

"I had an epiphany one night, alone. That sewing didn't have to be so utilitarian: curtains, clothing, right. It could be anything I wanted it to. And once I took that lid off, that's when this stuff started coming together," she said.

The resulting sculptures include lip-shaped wall pieces and standalone cubes, constructed from fabrics she's collected over the years at thrift stores and estate sales. What went into some of these, like a tower of cubes reaching about 9.5 feet toward the coffee shop's ceiling, or a smaller "candybox" that stands on four legs? African waxprint, kimono fabric (cotton and silk), vintage scarves, Chinese brocade silk, part of a vintage dress.

She does hesitate sometimes when cutting up these finds, often choosing clothing with quality fabric but dated styles.

"The fabric's amazing, but no one's probably going to put it on," she said.

The surface of the candy boxes are covered with sea anemone-like tentacles, although they're colorful but not at all threatening. (Kasm said that kids respond immediately to the art.)

The free-standing rectangular pieces are her focus now, since those rigid shapes contradict people's expectations.

"When people think of textile art they often think of woolly, nubby, organic stuff," she said.

Hana Kasm's exhibition, "Barnacle," is on view at Le Petit Outre through the end of the month.