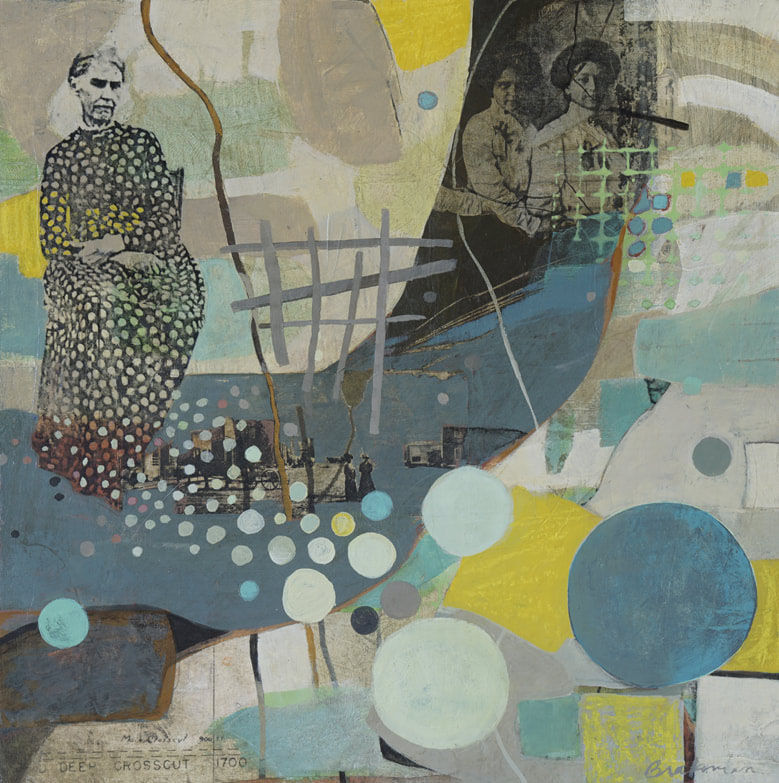 Amy Brakeman Livezey's "Polka Dot Style" is among the paintings featured in "Wild: Blue," a new exhibition at the Radius Gallery. 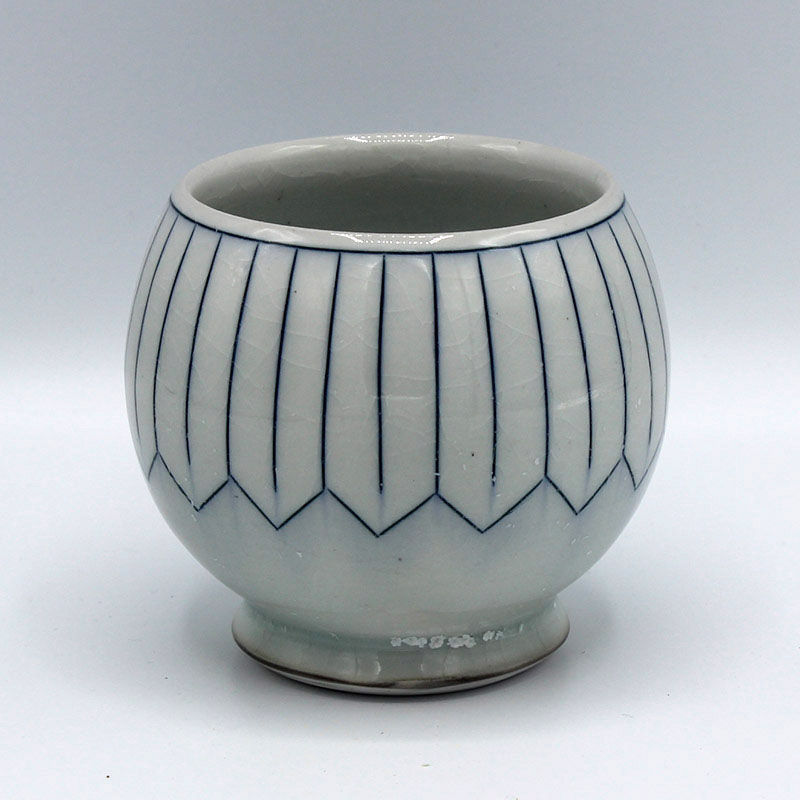 Steven Young Lee is one of 16 potters also featured in the show. Lee is the resident artist director at the Archie Bray Foundation for the Ceramic Arts in Helena.

Humans have had a special relationship to the color blue, dating back to the ancient Egyptians and dynasties in China, through to modern times, when the Air Force and college sports teams designate specific shades.

The obsession reaches its furthest point with French conceptual artist Yves Klein, who concocted his own variation on the color that he trademarked as "International Klein Blue" in 1957.

The color and the versatility it lends to contemporary artists is the subject of a new group exhibition at the Radius Gallery titled "Wild: Blue."

The "wild" in the title comes from two painters: Tabby Ivy of Bigfork and Amy Brakeman Livezey of Helena. Their work either references the landscape, the West, or both.

Gallery co-owner Lisa Simon said they wanted a way to pair painters with ceramicists, and saw the color as a calming, unified way to do so, without having to adhere to a particular concept.

Livezey's paintings leverage her skills in realist portraiture toward mixed media collage composition. While the composition style has layers of color and abstraction, they remain grounded with imagery, either painted or culled from photographs, of the white settlement of the West.

In particular, Simon noted Livezey's focus on women, whose role is most often minimized or ignored. Not to pigeonhole her work, though. Other paintings seem to reference the West in a more general fashion: In "Regrets," she places a silhouette of two figures on top of a frame house with layers of abstract color. The blue is mostly hidden, most prominent in a photo transfer of a team of horses in the lower right corner, next to an abstracted, river-like curve of muted sage green.

Ivy's series "Reflections" has a counter-intuitive compositional take on the big sky and tree lines. She frames her canvas on the water's reflection of trees and clouds instead of the skyspace. The thick application of paint aids in the rippling disruption of the lake's surface, helping create the shimmering, hallucinatory effect of light on water.

Not all the canvases use that reversal. For instance, she has a large-scale impressionist view of a lake, dominated by thick white clouds that mask the pink of a sunset.

One of the potters, Galloway, will give a talk about the history of the color on Thursday, Aug. 2, at 5 p.m.

The University of Montana professor won a national $50,000 grant earlier this year. In part, it's due to a project you can sample in the Radius show: a series of plates depicting animals or plants on the national list of endangered and at-risk species.

The Radius plates are all species present in Montana. Ones recently removed from the list, like the gray wolf, are depicted with a gold background. The others, like the Western glacier stonefly, are set against a reflective silver background, a deliberate choice she hopes will encourage people to think about their own part in the species' recovery. Besides those colors, she relies on the classic combination of porcelain with blue decoration.

She says the color has "real dignity" and "great depth." Despite the color's historical connotations with royalty, she sees a democratic appeal: "Not everybody wears red, but everybody has some blue in their closet."

She uses it because of its long history in ceramics, which bloomed across Asia and Europe and eventually the United States.

"When cobalt shows up on pottery, it has this completely astounding influence on the world," she said.

Galloway pointed out the way some artists are subtle in their use and show the color's versatility. She said Tom Jaszczak favored tans and browns in his pottery, but included subtle blue accents. He adorned a large plate with a little indigo flower smaller than the end of a pen; and a tall, narrow cup has a curving blue horizontal line.

Ian Childers employed a crystalline-based glaze that results in blooming organic circles. Darcy Chenowith decorated her cup with phases of the moon in silver.

Lee, the resident artist director at the Archie Bray Foundation for Ceramic Arts in Helena, contributed bowls and plates. He accents them with expertly executed, hand-carved blue lines. On one bowl, the blue gently bleeds downward. A ribbon of teal glaze pools just at base of the bowl.

Nothing in the show looked out of place, and none of the pieces seemed "forced," as a show, about say, yellow or pink, might feel, perhaps another testament to the place the color holds in the imagination.

"Blue is such a beloved color," Galloway said. "Maybe the most popular color."

"Wild: Blue" is on display at the Radius Gallery through Aug. 18. ​On Thursday, Aug. 2, potter Julia Galloway will give a gallery talk, "The History of Blue," from 5-6:30 p.m. The gallery is located at 114 E. Main St. For more information, go to radiusgallery.com.

The Rolling Stones discuss if 2021 tour will be their last

An independent coming-of-age drama is seeking extras for an upcoming shoot. "Mickey and the Bear" is set in Anaconda and will be filmed there …

Jon Harbor wants to know the story a GoPro would tell if a University of Montana student wore one for 24 hours.

Amy Brakeman Livezey's "Polka Dot Style" is among the paintings featured in "Wild: Blue," a new exhibition at the Radius Gallery.

Steven Young Lee is one of 16 potters also featured in the show. Lee is the resident artist director at the Archie Bray Foundation for the Ceramic Arts in Helena.