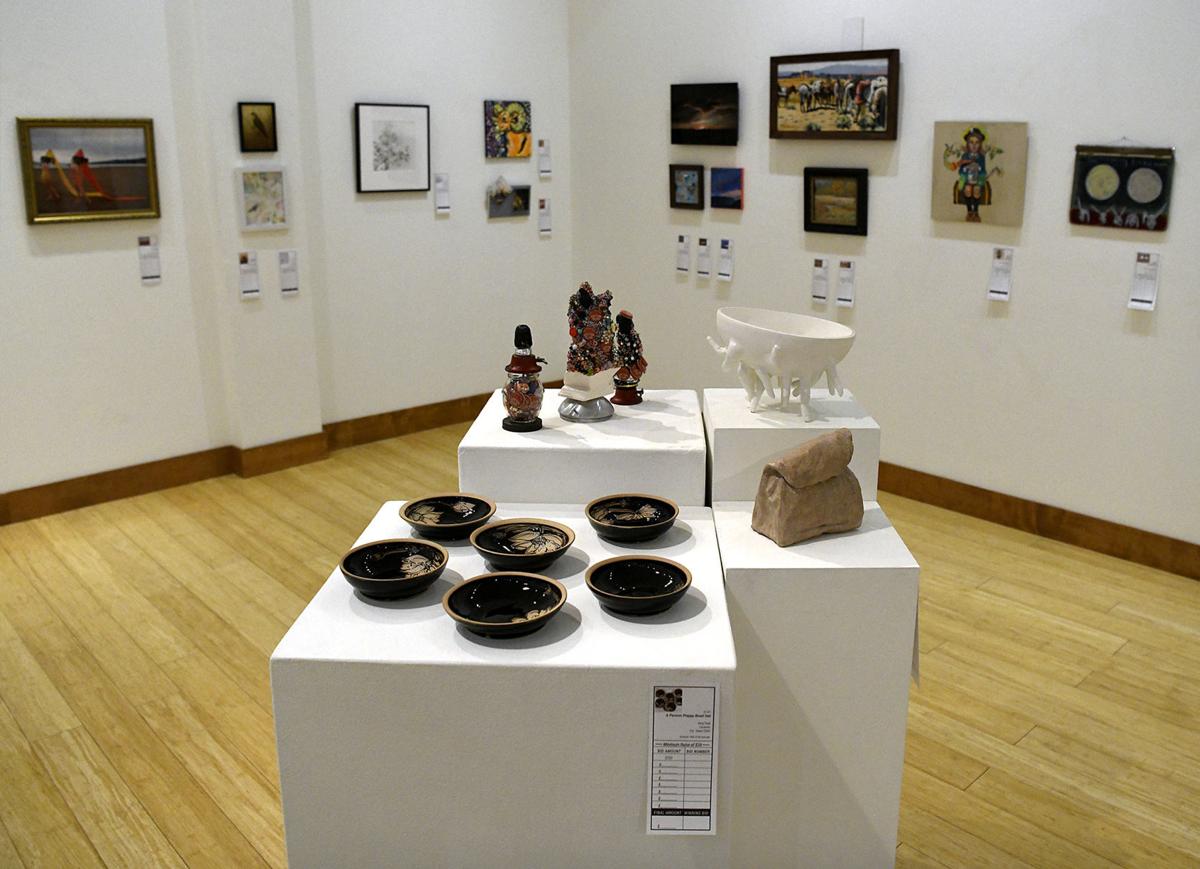 Zootown Arts Community Center opened their annual Mini Show to artwork of all sizes this year. The show is the ZACC's biggest annual fundraiser. 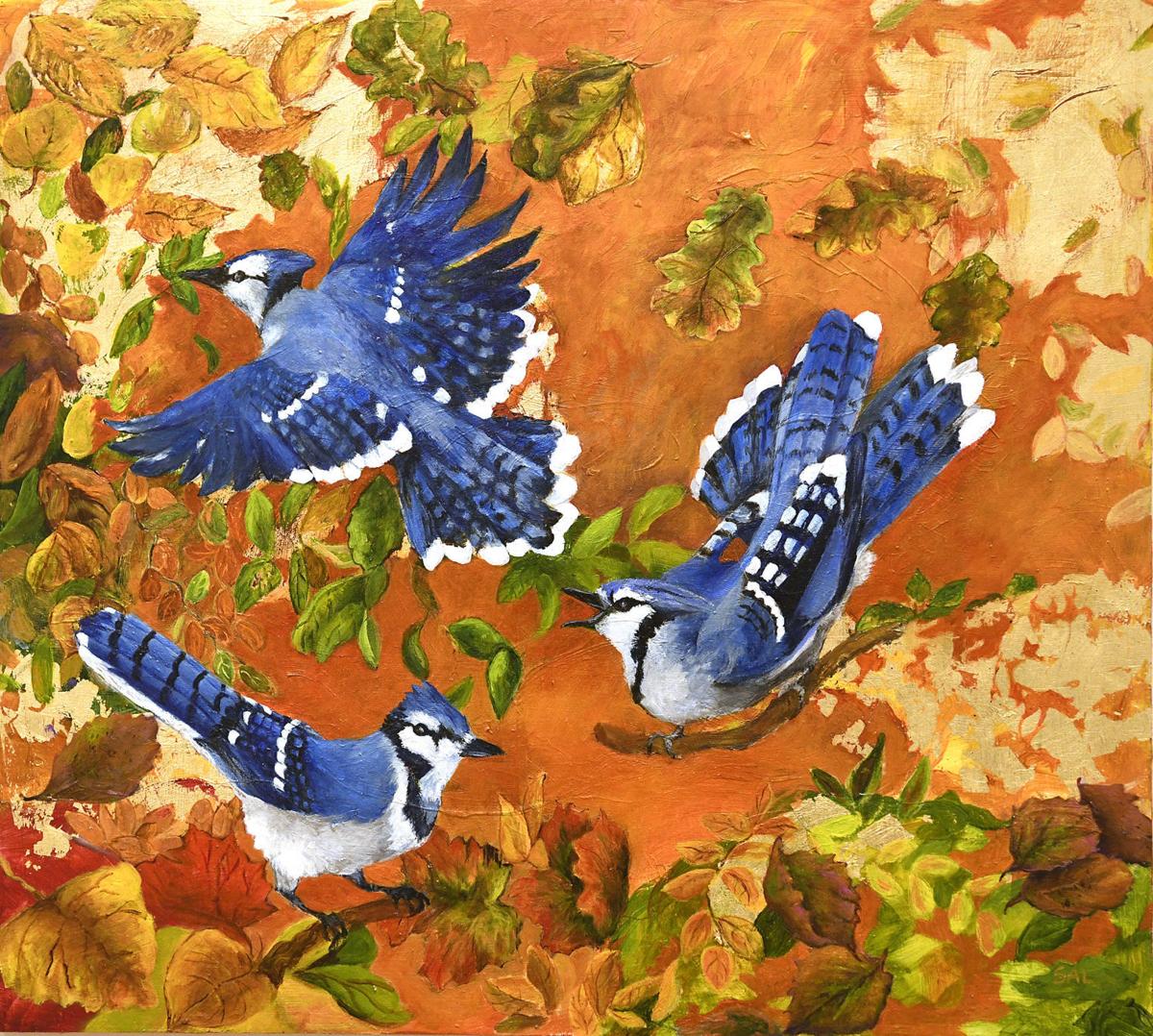 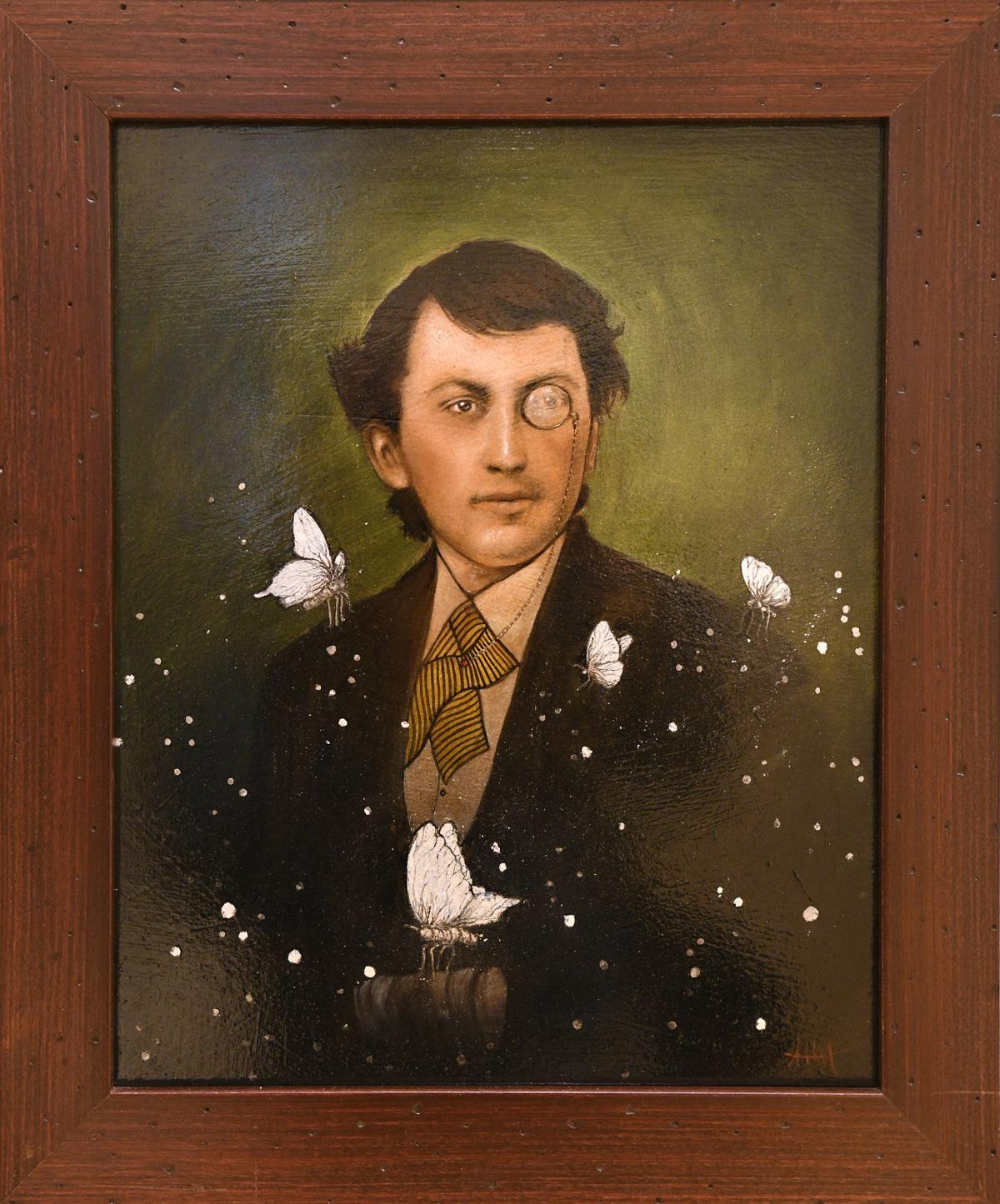 Asha MacDonald, "A Listless Line of Reasoning," oil and metal leaf on panel. 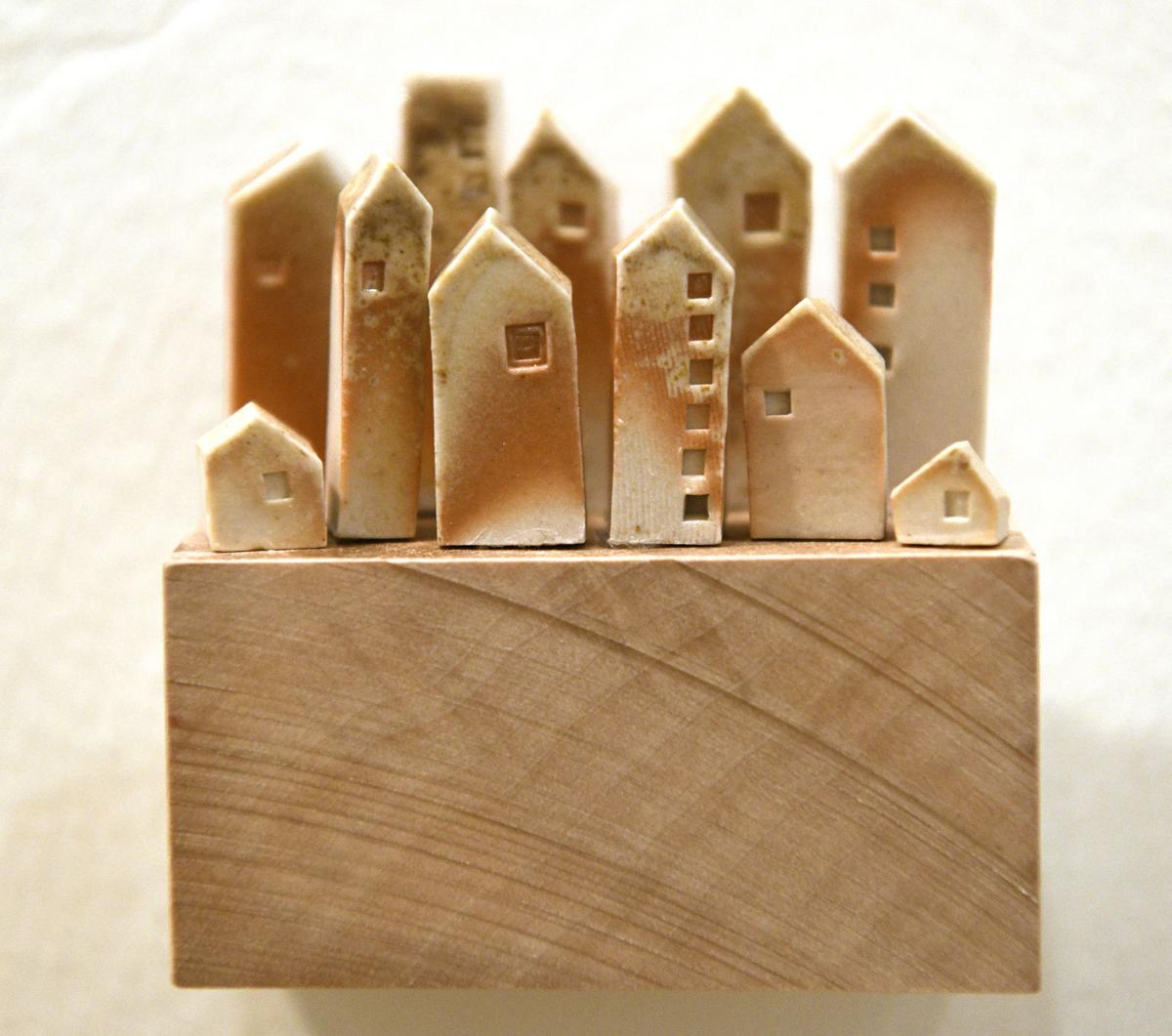 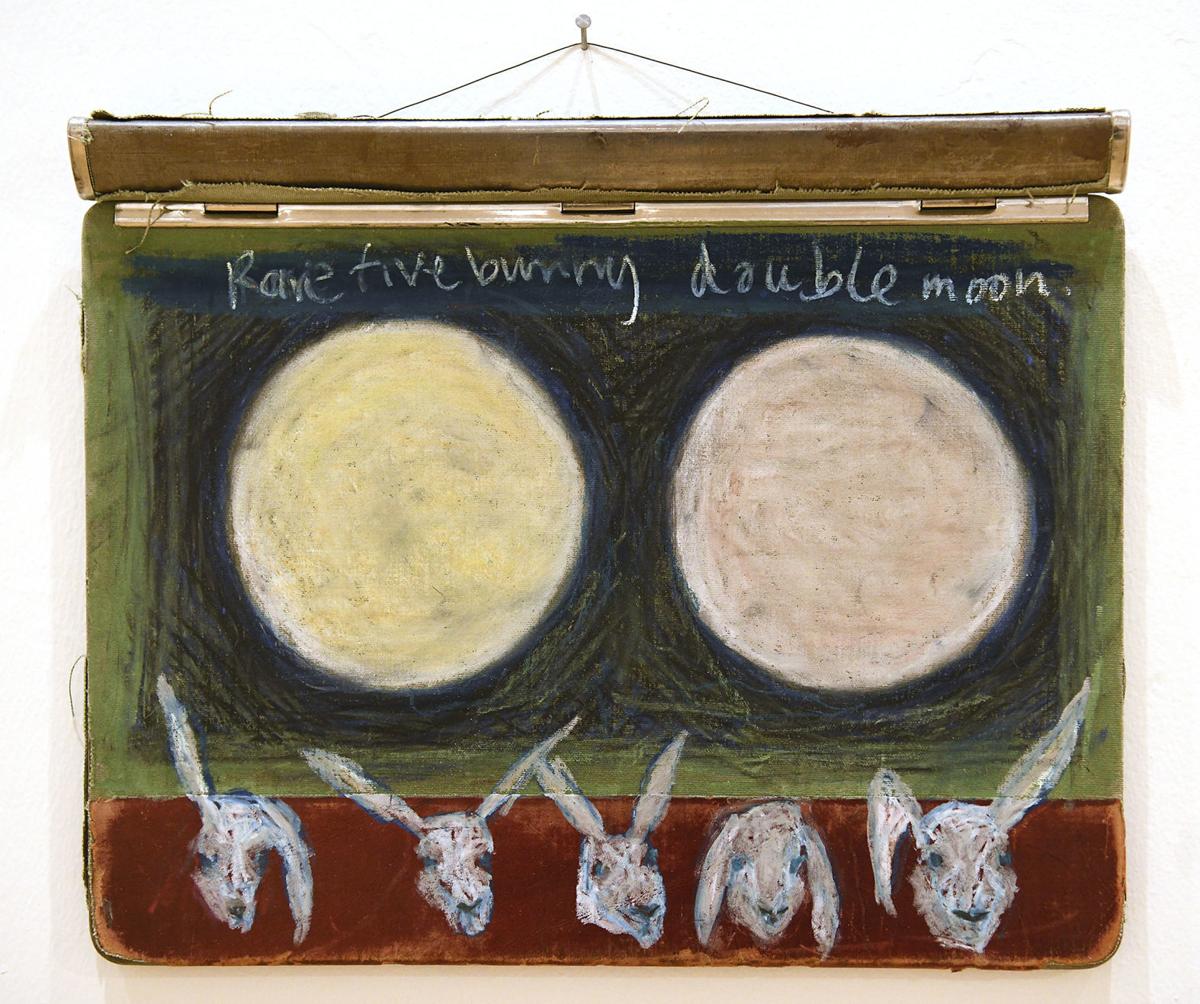 After a cascade of news surrounding COVID-19 forced arts organizations around Missoula to cancel events for the next few months, the Zootown Arts Community Center is moving its annual Mini Show to an online auction, allowing Missoulians to bid on art while practicing social distancing from the comfort of their homes.

In its eighth year, the Mini Show is the ZACC’s biggest annual fundraiser. The show features more than 60 artists with works of all shapes, sizes and mediums that art enthusiasts will be able to bid for online beginning Wednesday. Starting bids range from $50 for the smaller pieces to $1,000 for the larger works.

“We’ll be sending out instructions on how to get in and how to bid,” said executive director Kia Liszak. People will be able to register for the auction starting Tuesday morning via a link that will be posted on the ZACC website and social media channels. The instructions will also be sent via email/text to ZACC subscribers and anyone who had purchased a ticket to the canceled Wilma event.

Online bidding for the silent auction will open Wednesday at noon and run through Saturday, and the ZACC team will be posting videos to its website and social media throughout highlighting some of the works.

Six pieces from the show will be auctioned off at a special one-hour, live event that will be streamed online from the ZACC on Saturday.

“We will be broadcasting from the ZACC using social distancing for some live entertainment for that live hour,” Liszak said, adding they’re hoping to get as many people as possible to tune in. “We’re also encouraging people to dress up at home and post their outfits using the hashtag #minishow2020.”

Each year the ZACC chooses a different theme for the Mini Show, and in the past, patrons of the live auction at the Wilma have dressed up in accordance with the theme. This year is “Over the Rainbow,” which Liszak said represents their realized dream of moving downtown, as well as their continuing mission of being accessible to everyone.

When the Mini Show show first started, the idea was to only feature small works, and it included a size requirement of 12 inches by 12 inches by 12 inches. This year, they decided to lift all size restrictions, and artists were able to submit anything they wanted, Liszak said in a previous interview.

“It’s a little of everything. There’s well-known Missoula artists, there’s also up-and-coming, emerging artists,” she said. “There’s always I think a really nice variety in the show and especially this year.”

With the auction moving online, Liszak said there will be photos and information for each piece in the show posted to the bidding platform.

“People can get a pretty good idea by looking there,” she said, adding interested buyers should also keep a close eye on the ZACC’s social media channels in the coming days for additional postings about submissions in the show.

The silent online auction will also feature several non-art packages, including the popular "Golden Ticket" donated by Logjam Presents. The winner is entitled to admission to all shows at the Top Hat Lounge, the Wilma, the KettleHouse Amphitheater and Ogren Park at Allegiance Field for an entire year.

Other non-art auction items include a six-course dinner for eight in the Plonk wine cellar, a “Go Glam Hip Strip” package and a pair of all-access passes to next year's Big Sky Documentary Film Festival.

Raising money through the Mini Show is more important now than ever, Liszak said, adding not only are they out of significant income from having to cancel events and classes, but the artists in the show are suffering too.

While the ZACC is facing at least $100,000 in losses over the next few months, Liszak said they're hoping the Mini Show can still bring in a large chunk of funding despite moving online.

“We’re hoping that the benefit will be that anyone can attend, and we can spread it as far as possible so people in other states, ZACC supporters or art supporters, can tune in,” Liszak said. “We’re hoping that Missoula will help us with the outreach and share the link with their friends in other places.”

Montana university students across the state, from Billings to Havre to Dillon, are working through the challenges that come along with a global pandemic.

The threat of the coronavirus has hit Missoula food-service industry hard as restaurants were directed to limit their service to take-out or delivery only.

Everything is on hold in Missoula's arts community, part of a voluntary lockdown  to prevent the spread of coronavirus, putting health over income.

So far, community spread here has not taken place, but that could change at any time, said Cindy Farr, with the Missoula City-County Health Department.

Arts in Missoula: Four arts 'events' to check out from home

Here are some ways to stay in touch with your community while remembering the Police rule of thumb: "Don't Stand So Close to Me."

Zootown Arts Community Center opened their annual Mini Show to artwork of all sizes this year. The show is the ZACC's biggest annual fundraiser.

Asha MacDonald, "A Listless Line of Reasoning," oil and metal leaf on panel.