In 'The Blaze,' a Missoula native contemplates the nature of memory, hometown
Share this
× 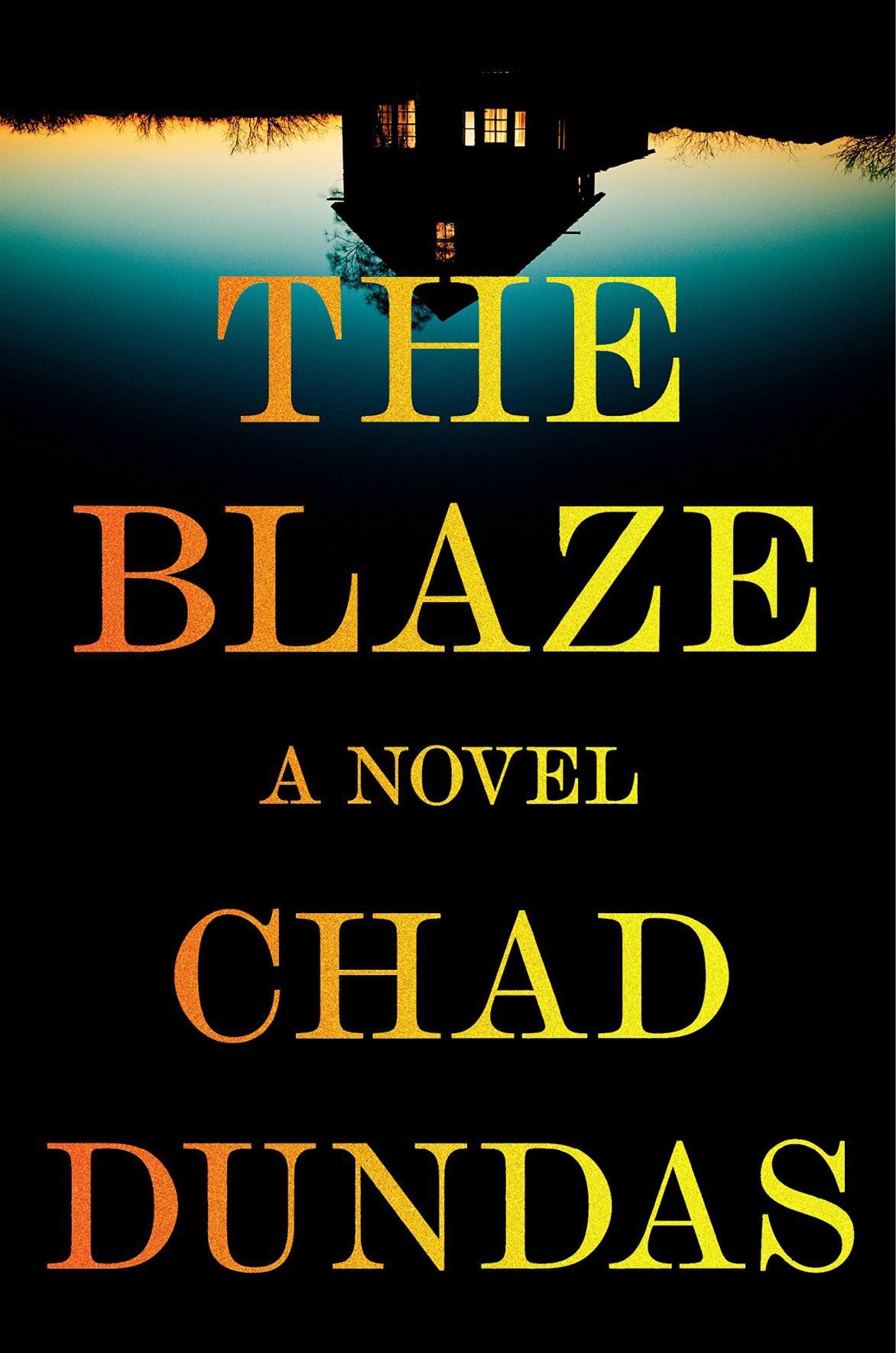 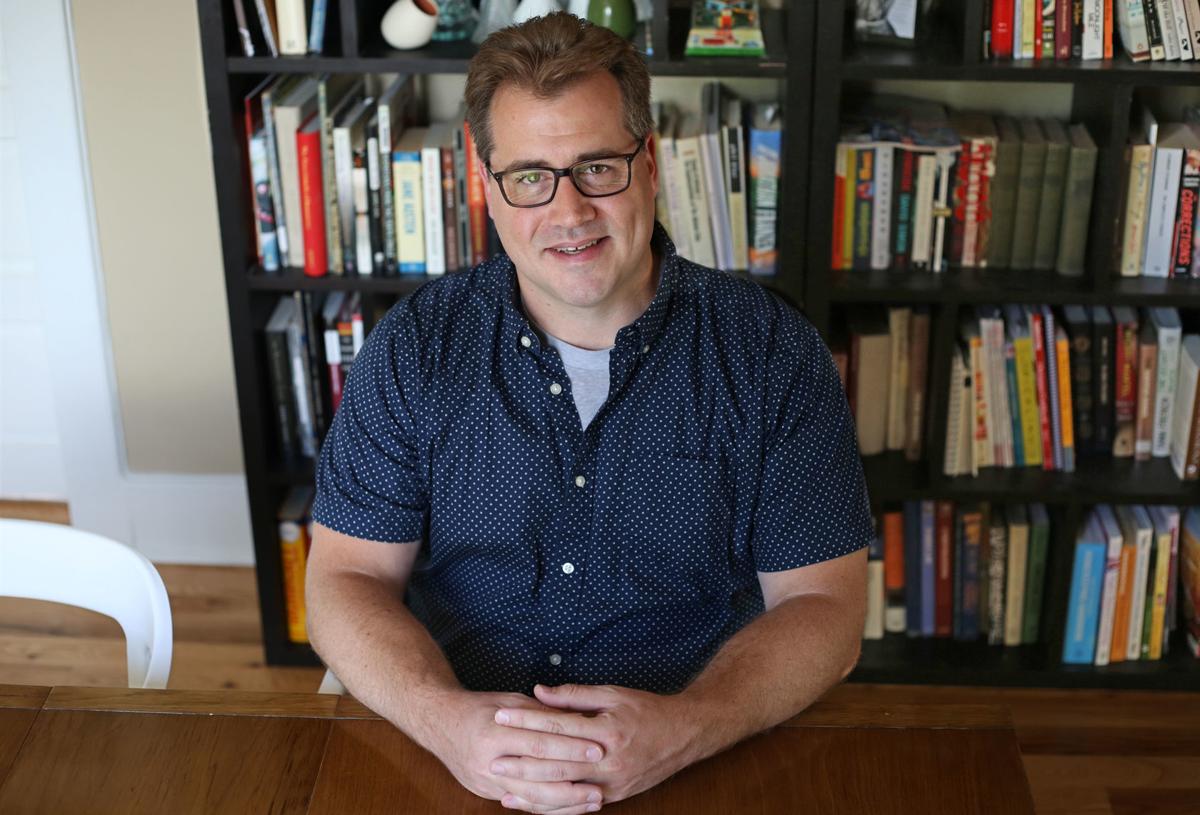 Chad Dundas's new novel, "The Blaze," is a thriller about lost memories and a deadly fire set in a fictionalized, contemporary version of Missoula.

Matthew Rose is in the midst of a firefight in Iraq at the outset of "The Blaze," the second novel by Missoula writer Chad Dundas.

An explosion erases his memories of his childhood in Missoula, where he returns to tend to family matters. Once here, he slowly reconnects with Georgie Porter, his high school ex-girlfriend who's now a reporter for the local paper. Trying to stir his recollections, he wanders to the Northside and witnesses a fatal house fire, setting into motion an investigation into both a crime and his past, complete with sharp dialogue and literary prose.

In part, the idea grew out of Dundas' day job. The Missoula native studied journalism at the University of Montana, later returned for a master's in creative writing, and now writes about mixed-martial arts for The Athletic.

For his columns and podcast, he "necessarily had to develop a very shallow, laymen's understanding of certain brain injuries," which led to research about traumatic brain injuries, "the signature wound of modern warfare." The idea for a novel "ultimately fused together" with memories of fires in Missoula, like the Stratton's Grocery blaze in 1988.

The book was officially released by G.P. Putnam's Sons on Tuesday, with advance praise already online. Entertainment Weekly included it in its preview of winter thrillers, saying that "[in] Dundas' assured hands, one man's search for answers makes for a lyrical, riveting meditation on memory." Kirkus selected it a starred review, complimenting the "pairing of solid male and female protagonists," and concluding that "[t]his one wins far more on characters and danger than on bloodshed. Keep books like this coming, Chad Dundas."

"The Blaze" seems like a change in genre on the surface. His 2016 debut, "Champion of the World," was a historical novel, set in the shady, show business-like world of 1920s wrestling. He calls that book a "unique obsession" that, as a lifelong fan of the sport, he had to write. With all of its hustlers, he thinks of it as a crime novel in its own way.

He grew up reading thrillers, including "titans of Montana crime," like James Lee Burke and James Crumley, as well as other practitioners, Laura Lippman, George Pelecanos and Dennis Lehane, who he believes write as well as anyone.

He layered more twists into his story than are laid out here, building a fast-paced narrative with the "peaks and valleys, rising action, cliffhangers" and other features of a mystery that gave him even more appreciation for the masters who can publish one a year, he said.

"Having actually written one, I can say it's a huge undertaking and an amazing skill to be able to ... build those plots and crank them out one after another," he said.

"The Blaze" is set in a fictionalized version of Missoula. For those who've never visited, it will be a fresh, and often gritty location for a thriller. For locals, Dundas, who grew up in the University District and graduated from Hellgate High School, has created an immersive journey through a familiar place.

The Northside, where he lives with his wife and children, is a central and affectionate, although realistically drawn, locale. With its "warren" of twisting streets, one-ways, aged houses and contemporary condos, hemmed in by the rail yard with access points through the Scott Street, the pedestrian walking bridge and the Orange Street underpass, he describes in detail the way characters navigate.

Perhaps thanks to his background in sports writing and play-by-play analysis, he describes characters' movements through the city with clarity.

"How would this guy experience stuff?" Dundas said. "Because he doesn't have that memory. He doesn't retain very much of his biographical memory, he literally is experiencing things at the level of 'left turn, right turn,' trying to find his way down these streets."

Other locations that serve as backdrops, often not by name, include a centrally located organic grocery store, a dive bar in a doublewide trailer, and a rundown West Broadway hotel.

He said there's a "weird kind of pressure that goes along with writing not only about your hometown, but the place you still live," and he hopes that locals will forgive the parts where he "played fast and loose with some of the geography."

He also consulted with veterans on the military portions and received blunt feedback, i.e. "pretty sure you would get your ass kicked in the military if you talked like this."

His journalism background naturally plays a part. When he worked at the Montana Kaimin, a lesbian couple's house was burned down — which he drew on for the fire at the start of "The Blaze."

The strong-nosed Georgie, a reporter for the daily paper, looks like "she could bang out three miles of backcountry hiking with a loaded pack on her back in under an hour."

Dundas cross-cuts between Matthew's point of view and hers, as she deals with sources, editors, late night deadlines, demand for crime stories and their accompanying clicks online.

He said Georgie was a necessity, since she's a guide to memories that Matthew can't access himself.

"We are really just an amalgamation of our memories and experiences, so to write about a person who doesn't possess those memories is a challenge, and then it was necessary for the book to have another character to be a mirror for Matthew, but also to inform the reader about the past and things he doesn't remember that you as the reader need to know," he said.

He consulted with Nate Schweber, a fellow UM journalism graduate, on the details of reporting on an arson-turned-homicide.

In contrast to the image of journalists in movies or TV shows in which reporters type on nice laptops in private offices and wear an expensive-looking wardrobe, Georgie drives a decommissioned ranger's truck and lives in a humble, barely furnished house.

"One of the things I wanted to capture about Missoula is that you have all theses young professional people who are starting to make their way in their careers, trying to fashion lives for themselves and at the same time no one's getting paid any money, right? And the real estate market is so out of control from the reality of the people who actually live here, that bona fide citizens of the town can't really afford to buy a house," he said.

Other characters, such as a longtime university professor, live in opulent homes in a desirable neighborhood near a creek (think the Rattlesnake). Another is a caretaker, living in a bungalow on a larger lakeside property (think Flathead) that he watches over for a wealthy couple.

Those are reflections of the modern West, as opposed to the romanticized version often seen in the national media.

"As a person who grew up here, that's another one of my interests is trying to place stories on the backdrop of the real West, and the version of Montana that I actually grew up in," he said.

The eight-member local soul-rock band is celebrating the release of their debut single “Onion Garden” with a free show at the Top Hat on Friday.

A 2,000-year-old, half-space god rapper, a character named Justin Beeverz, a purple-horned demon called Steve and DJ Ashton Kutcher are set to take the stage at the Zootown Arts Community Center for the production of “A Night with Rusty Cleaverz (and Friends).”

On Friday, they Radius Gallery will reopen in a brand-new, two-story building right on Higgins Avenue next to the Merc hotel, giving their roster of local and regional artists an even more prominent showcase.

The departed poet Carl Sandburg, a fan of jazz, folk and rock music, will have his words set to spontaneous music this weekend in downtown Missoula.

Theater review: The Rep's surprising reinvention of 'War of the Worlds'

Before the cast takes the stage, a scan of the set for "The War of the Worlds" signals a change in aesthetic for the Montana Repertory Theatre.

The Missoula Art Museum was awarded a $100,000 grant from the Andy Warhol Foundation for the Visual Arts to fund two years' worth of programming in its Lynda Frost Gallery, which is dedicated exclusively to Native artists.

Chad Dundas's new novel, "The Blaze," is a thriller about lost memories and a deadly fire set in a fictionalized, contemporary version of Missoula.