James Lee Burke: The return of Robicheaux
0 comments
Share this
{{featured_button_text}}
1 of 2 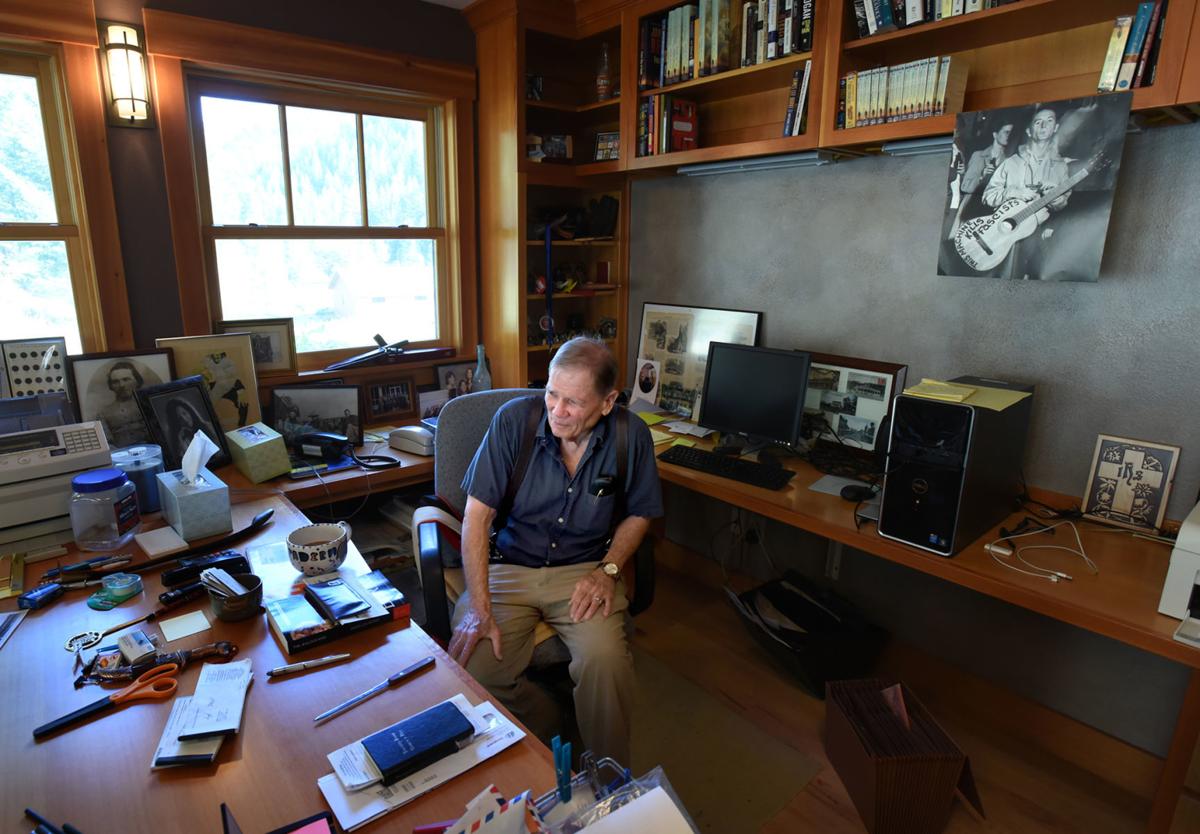 Writer James Lee Burke sits in his office and writing room in 2016 at his home near Lolo. After a four-and-a-half year hiatus for his popular detective character, Dave Robicheaux, Burke has written a new novel, called simply, "Robicheaux." 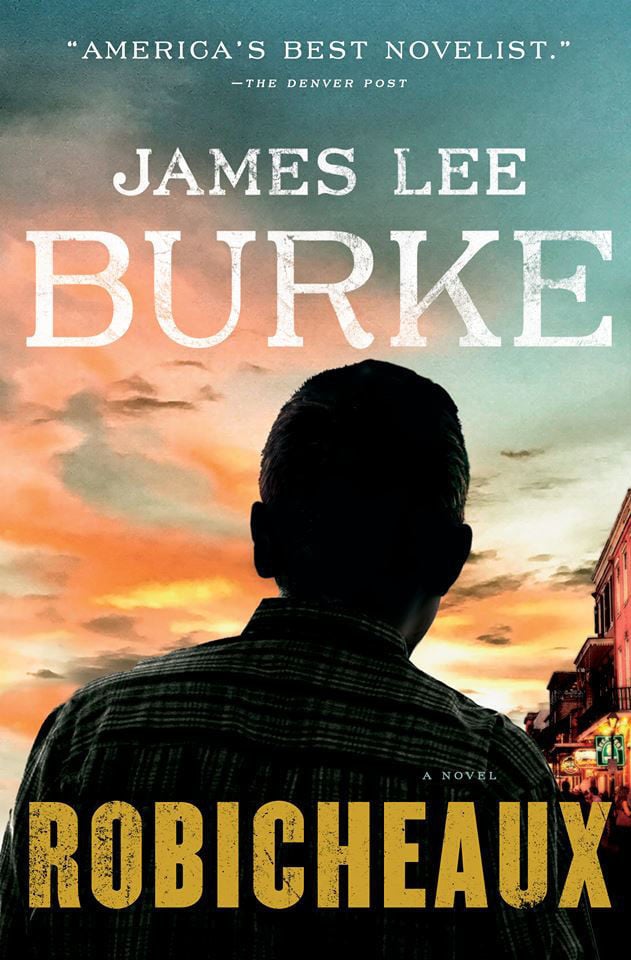 CHRIS LA TRAY for the Missoulian

James Lee Burke has published three novels spotlighting other characters over the four years it’s been since we last had a mystery featuring his signature character, Dave Robicheaux.

That book was 2013’s “Light of the World.” In the interim, fans clamored for more, but if Burke had intentions to bring the character back — and after 20 novels over 26 years featuring the detective, who could blame him for not wanting to? — he was keeping the plan close to his vest.

When Burke revealed the next book, and its Jan. 2 release date, via a cover image with a single word title, “Robicheaux,” fans were ecstatic. Robicheaux and his sidekick, Clete Purcel, were coming back. It is a beautiful book, full of the magical, lyrical prose that has sealed Burke’s reputation as one of our finest novelists.

In the lead-up to the Jan. 4 “Robicheaux” release party, which will be held at Fact & Fiction in Missoula — Burke co-dedicated the book to its founder, the recently retired Barbara Theroux — Burke invited the Missoulian to his ranch in Lolo to discuss his work, which spans more than 30 novels and a trunk full of awards.

Q: Dave Robicheaux goes to some dark places in “Light of the World,” and suffers tremendous loss. Did you ever think that maybe we had seen all we were going to see of him?

A: I thought it was the last Robicheaux book, yes. But there were so many people asking me, “When are Dave and Clete coming back?” So I wrote this one, and now I’m writing a sequel to it called “Ball and Chain.” The title is from the Big Mama Thornton song, one of her signature songs.

Q: What about the trilogy makes you consider it your best work?

A: It tends to be an epic story. I think it is an epic story. It deals with the settlement of the West, but also just simply deals with the American experience. It does it in a way that I think is singular. We meet a family that arrives in Texas in 1835, during the war for Texas’ independence. It goes from there into the beginnings of World War II and the Cold War, and the neocolonial period that followed that I think defines the era in which we live.

Q: What is it about Dave Robicheaux, then, that people are so drawn to?

A: Dave is really a witness to history. In each book, at least in my perception, it deals with something current, or contemporaneous. So I’ve always thought of him simply as the Everyman figure out of the medieval morality or miracle plays. It’s that simple; he’s the blue-collar knight errant. He represents what I think we admire in ourselves: courage, honor, compassion, and, most importantly, empathy. He tries to give voice to those who have none, and he’s always served in that role.

Q: It can be difficult to reference that current, or contemporaneous as you call it, history in fiction without coming off as heavy-handed. You seem to pull it off without too much difficulty … or is it something you struggle with?

A: I believe it’s the writer, the individual, who has the greatest influence on history. I try to remind myself of something John Steinbeck said in his novel “The Grapes of Wrath.” He said, “History is not shaped by individuals, history reaches out and selects the man it needs to be an emblematic figure.” History found Hitler, Hitler did not shape history. Same with Mussolini. With Stalin. And so I always have to remember, do we surrender ourselves to fate, or what we think of as fate — like the election of someone who seems like a demagogue, or truly out of the abyss — or do we examine how this occurred? The books become that examination.

For example, in this new book there’s a character named Jimmy Nightingale. He’s the demagogue. A far more complex man than we perhaps see around us, at least immediately. He knows how to manipulate. He’s intelligent. He has a certain degree of humanity. He feels guilt for the bombing of an Indian village in South America that took place years ago. But he knows how to seize upon the moment, and he realizes that the way to power, in this country and any country, is the inculcation of fear in the electorate. Once people are afraid, and they are operating as one entity, the mob, the demagogue knows he can do whatever he wishes. Nightingale learned this as the owner of casinos. He knew his constituency well and how to soak them, and he does it.

Q: Do you spend much time researching or working out the details of what your villains are going to be like?

Q: Where do they come from, then?

A: They live in the unconscious someplace.

Q: Do you plan out the story ahead of time?

Q: Have you ever been asked for them?

A: Sometimes archives ask for them, yes, but it’s a complicated business. I told my daughter — Pamala, who works for me, she handles publicity and business things — I said when I “catch the bus” anything that’s not published, burn it, up the chimney.

Q: You’re not going to pass it on for people to poke through? There won’t be a “James Lee Burke Archive” once you leave us? Unpublished final novels, all that stuff?

A: Hemingway made that mistake. His publisher for years published these books that were no good, or deeply flawed. That last one, “True at First Light,” is just absolutely awful. Hemingway was obviously in his dotage and very sick. Mentally. Ernest Hemingway was mentally ill years before he took his life. No, [leaving my journals is] a big mistake that I won’t make.

Chris La Tray is a freelance writer and photographer who lives in Missoula. His work has appeared in the Missoulian and Montana Magazine. His short fiction has been published in various crime, noir, and pulp collections and anthologies. Read more of his work at chrislatray.com.

LOLO – To James Lee Burke, the appropriate response to many questions arrives in the form of a story.

Missoula's foremost tree hugger: Philanthropist steps up to save treescape

When Kansas native Karen Sippy and her husband Brian drove through Missoula’s University District for the first time in 2003, the bare branche…

Mary Avenue’s a dead-end no more, for better or worse.

More of the same weather on tap this week

If you liked the weather in the week leading up to Christmas, you'll love what Mother Nature has in store as 2018 approaches.

Agritourism is coming of age in Montana

HAMILTON — Two Bitterroot farms are featured in a new resource manual for the growing field of “agritourism.”

HELENA — A 5.8 magnitude earthquake centered six miles south of Lincoln on July 6 was the biggest ever recorded west of the Continental Divide…

An Idaho national forest that many Montanans consider home ground has restarted its planning process, including the fate of more than 1 millio…

After 42 years at work, Youth Homes Executive Director Geoff Birnbaum hasn’t made any plans for his first days of retirement.

We care for the holidays: These Missoula organizations need your help

Are you looking for ways to help people in need this holiday season?  We have gathered information on charities here in the Missoula area who …

Grizzly bears expected to return to the Bitterroots, eventually

Instead of fighting crowds and traffic on Reserve Street for last-minute holiday shopping on Saturday, several dozen Missoulians instead sippe…

Skiers and snowboarders alike took to the slopes on Christmas Eve to enjoy a beautiful day at Montana Snowbowl.

Realtor who sold Montana Island Lodge is on probation

James Lee Burke used an acceptance speech on Thursday to thank the whole city of Missoula.

For his third novel, Bruce Holbert returns to the hardscrabble territory of central Idaho, where he lives, and has set two previous outings, “…

Books both bizarre and celebrated featured at annual Missoula sale

The third and final day of sorting, stacking and pricing books came to a temporary, hilarious halt Wednesday afternoon in the Orchard Homes Co…

At the table with James Lee Burke

It’s a cold, clear morning in late November at an undisclosed warehouse in Missoula, Montana. Inside, a large conference table is laden with s…

Writer James Lee Burke sits in his office and writing room in 2016 at his home near Lolo. After a four-and-a-half year hiatus for his popular detective character, Dave Robicheaux, Burke has written a new novel, called simply, "Robicheaux."