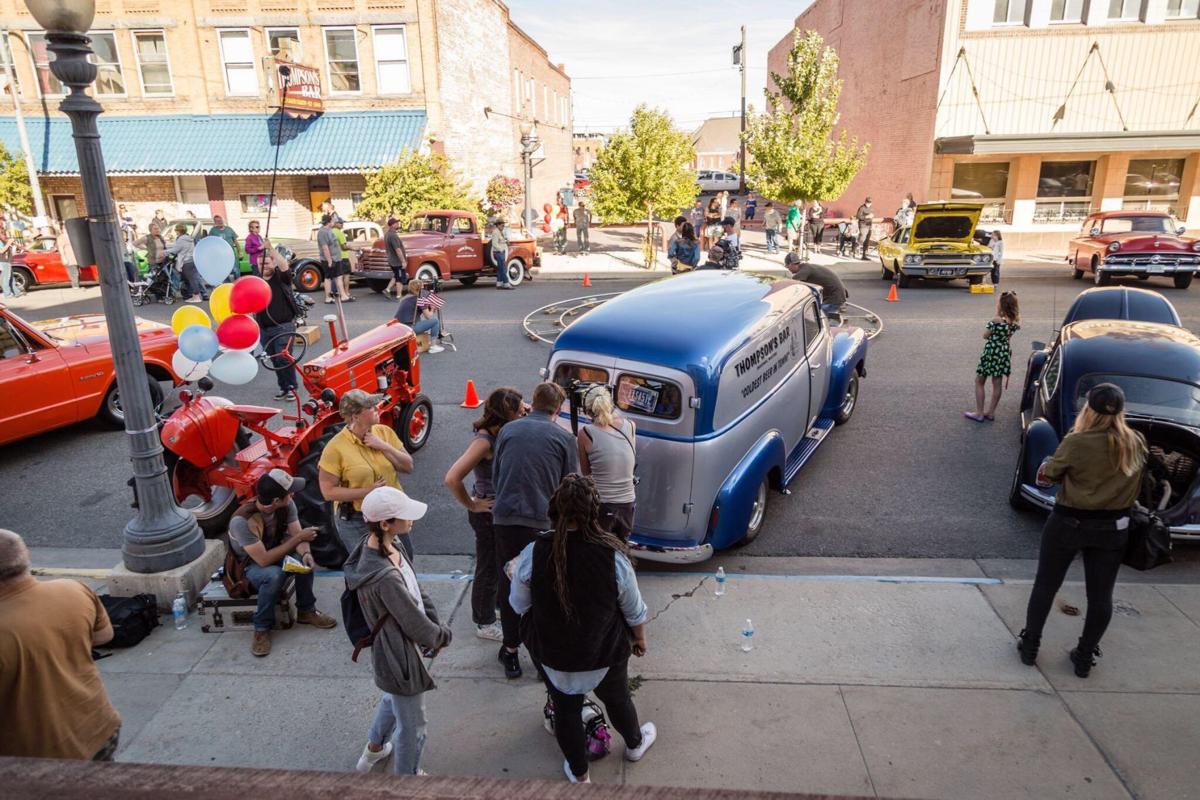 The independent film "Mickey and the Bear" was shot in Anaconda. Annabelle Attanasio wrote and directed the movie especially for the city. 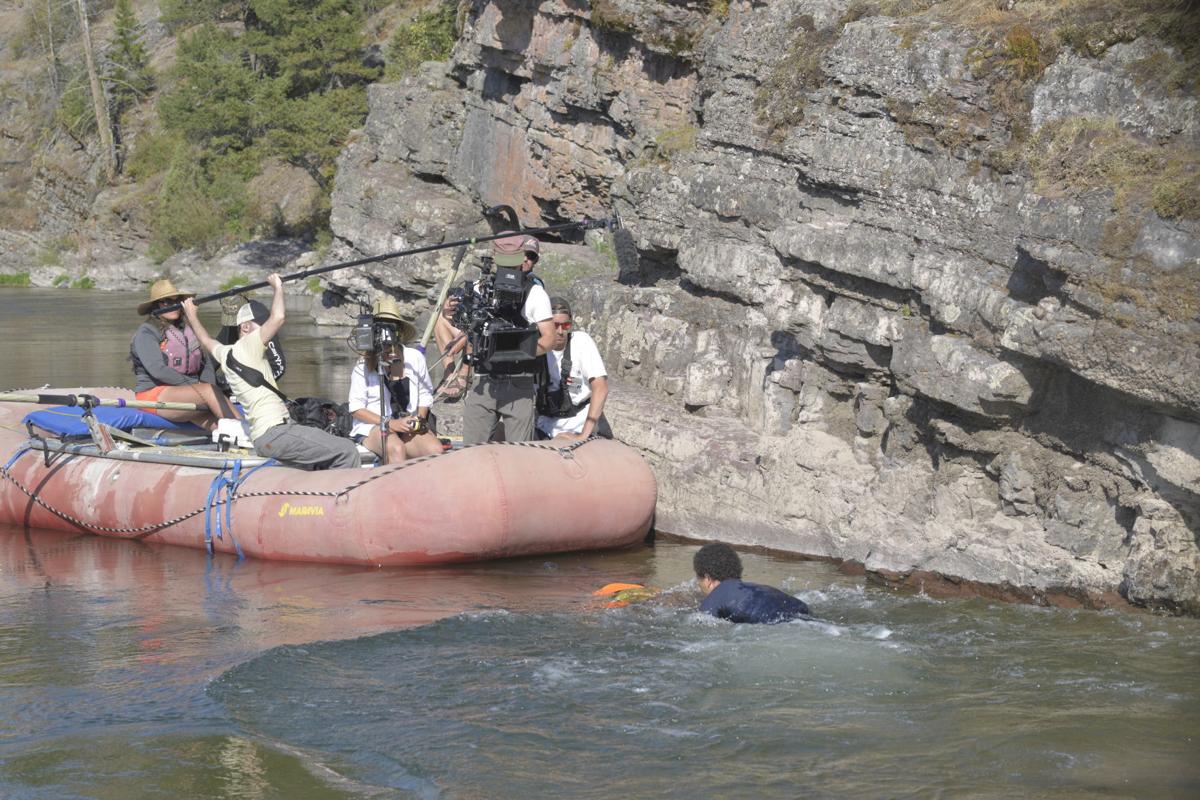 Portions of the film were shot on the Blackfoot River. 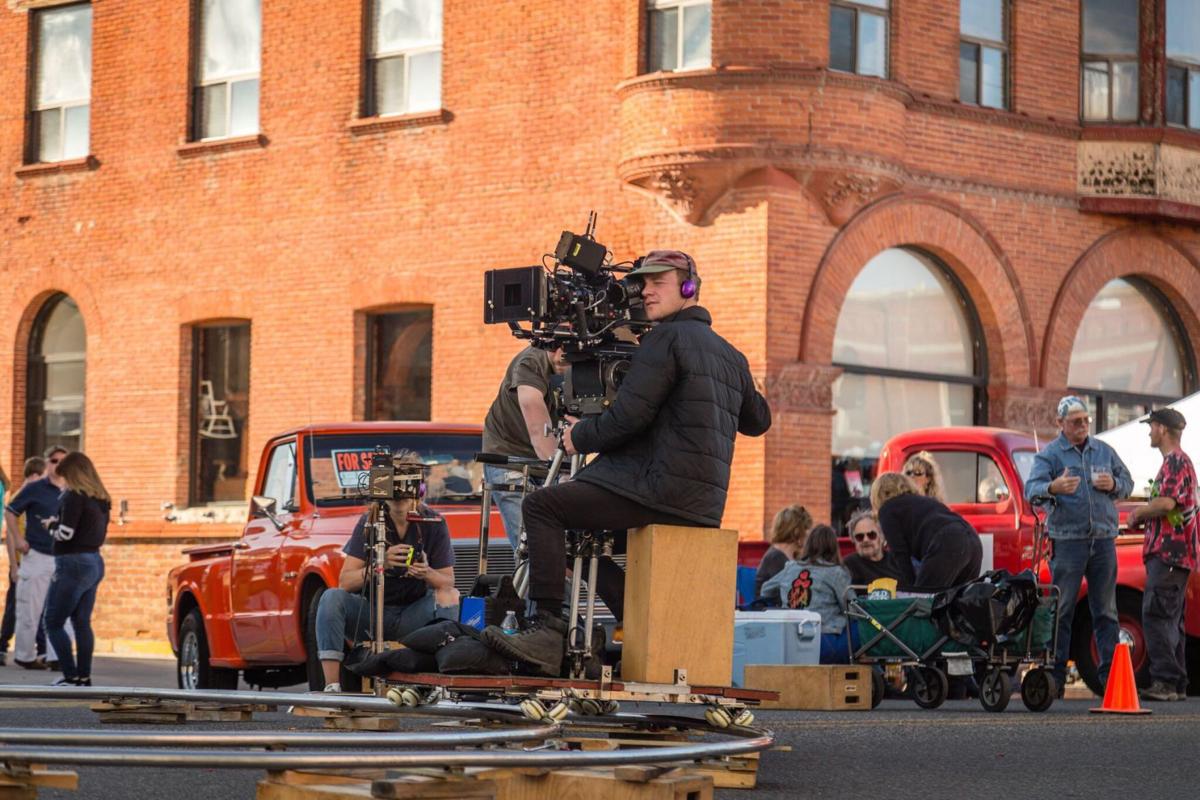 Anaconda played a crucial role in the film, from the subject matter in the script to the historic locations.

ANACONDA — When Annabelle Attanasio, a student at the Gallatin School of Individualized Study at New York University, secured a grant to write a script for her next film project she chose an unlikely starting place: Anaconda, Montana.

Yet from the time of her first visit there in the summer of 2014 to the wrap of production of the filming of “Mickey and the Bear” this week, Anaconda felt avant-garde to the director because it is so decidedly behind the times in so many ways. Charmed by the town’s cultural quirks and its unique perspective of analyzing the world, she adeptly co-wrote Anaconda into the script.

“I fell in love with the daily rhythms of life there,” said Attanasio, 25. “The town grew to become a family and I grew up along the drafts of the scripts and the different iterations of the scripts. The town influenced the best elements of the script. I hope the process of highlighting and dramatizing real-life characters of Anaconda and weaving their stories into a fictional narrative will give the film a lived-in, authentic overall feel."

Anaconda resident MacGregor Anderson was working at his family’s bakery a couple of summers ago when one afternoon he spotted a throng of unfamiliar faces scouting out potential filming locations. “There were a bunch of young people out there, smiling and looking around, and that made me curious,” said MacGregor Anderson. “When you live in Anaconda, you know every young person for 100 miles. I got to know them, and we went swimming and bowling, and they had about 10 million questions about me growing up in Anaconda.”

Anderson served as a supportive local contact for the crew which included producer Lizzie Shapiro, who first visited Anaconda in the winter of 2017, and who said that finding unique locations wasn’t difficult in the southwestern city of approximately 9,000.

“We were able to secure several locations to film at that were specifically written into the script,” said Lizzie Shapiro. “Places that capture the spirit of Anaconda, like the fight scene under the neon at Club Moderne, and the dad character works at the Washoe Theater. We even set up an additional Alive After Five event with all the vendors and one grandpa said that he hadn’t seen that many people in the streets since the smelter was running.”

The filmmakers even wrote Capp’s Taxidermy studio on Park Avenue into the script and also found a treasure trove of interior furnishings for the main set piece — a trailer located off Cable Road overlooking the imposing presence of Mount Haggin — at local shops such as Anaconda Thrift. The trailer was purchased in Billings, then gutted, remodeled, and smartly furnished with the kind of décor that would make it believable.

The plot of “Mickey and the Bear” involves “a strong-willed teenage girl (Mickey) who navigates a loving but volatile relationship with her veteran father (Hank). In a desperate search for independence and her own identity, she risks family, heartbreak, and her standing in the only place she can call home.”

“Mickey and the Bear” is told from the perspective of Mickey as she emancipates herself from the heavy responsibilities imposed upon her by her father.

“There is a larger thematic resonance with the vet-daughter stories of PTSD and trauma,” said Attanasio. “I was drawn to Montana with its high veteran population, its scenery, and there is the mystery element of the culture there. I wanted the story of a town that had a strong presence and personality but was not as big or well-known as, say, Bozeman … Mickey is not victimized by her circumstances, and like the teenage girls I met in Anaconda, she’s decisive and self-confident, and I admired that in them.”

Montana native Dan Molloy, the film’s “second second,” or second assistant director, said that the time he has spent filming in Anaconda has managed to change his perspective about the town.

“Coming from Montana, I realize that Anaconda is not exactly what you would think,” said Molloy. “But the people are incredible, and some of them look at it (the film) as the biggest thing since the smokestack. There is not as much of a rush filming here as there would be in Missoula. We filmed at the track and field and in the high school and we’ve been embraced with open arms and great locations.”

Molloy, who can still remember catching his initial glimpse of Montana movie magic as a kid while witnessing production scenes of 1992's “Far and Away,"  said that part of the excitement of this film production is not only being able to see such a synergistic artistic energy come to fruition but also that it could inspire the younger generation of locals to pursue possibilities in the arts.

“I think it’d be cool if the production inspired the high-schoolers or the other kids in Anaconda to see things differently,” said Molloy.

What makes Anaconda different from the majority of filming locations anywhere is unassuming living, anonymity, and its residents’ low susceptibility to trends and fads. Plus its exterior and interior locations aren’t too shabby either.

“We built places into the script that could only be here,” Attanasio said. “The Copperheads mascot, Peppermint Patty’s pork chop sandwich joint, Donivan’s restaurant, and then there is the American Legion which is named Grumpy Old Men. It’s (the movie is) a love letter to all that’s wonderful about the town.”

Another gem used in the film is the Washoe Theater, a luxuriant movie palace built in 1936 with Art Deco murals and ornamentation in silver, copper and gold leaf. It was designed by theater architect B. Marcus Priteca whose credits include Pantages Theaters in California, the Seattle Coliseum, and Orpheum, Palomar and Paramount theaters in Seattle.

“I’ve never seen a movie palace like that before,” said producer Lizzie Shapiro. “It’s the gem of the town.”

"They still do intermissions at the Washoe,” marveled Molloy.

Another landmark on the National Register of Historic Places that made its way into the film includes the Club Moderne bar, a rebuilt circa-1930s bar designed in a “Streamline Moderne style,” a derivative of Art Deco.

“The Club Moderne is a preexisting film location just waiting,” said Molloy. “I mean, those neon lights! That’s a set you would have had to have built elsewhere. Why wouldn’t you want to shoot there?”

Approximately half of the film was shot over five weeks at the principal location of the Cable Road trailer while the remaining half was filmed across various parts of Anaconda and even as far west as the Missoula area, including Johnsrud, the state fishing access site located on the Blackfoot River. It was there that out-of-state cast and crew members, many of whom had never been on a river before, were treated to a genuine slice of Montana excitement.

“Filming Johnsrud was really difficult,” said Molloy. “We were loading in with rafts and setting up equipment when someone shouted that there was a bear. I thought it was cool, but I just continued working. But the largely New York and California crew stopped production for about 15 minutes to take photos. One of the crew came up to me afterwards and asked, 'How much did you pay to get a bear that close to the set?' "

Visiting crew members basked in those special, cherished moments that Montanans are familiarly acquainted. When the camera crew spotted a moose on Georgetown Lake, it was the talk of the set.

Yet it is the town’s history — and its indebtedness to it — that most impressed all of those involved. That history is intimately linked with the Anaconda Company and copper king Marcus Daly, who in 1883 obtained land and water rights on Warm Springs Creek for a new smelter for his Anaconda Company. Named for the company, the city of Anaconda sprang up around the smelter and was incorporated in 1887.

“The movie is timeless in a sense because Anaconda has remained unchanged in many ways,” said Molloy. “It could have taken place in the '70s, the '80s, or the '90s. There are no Ferraris or no Porsches.”

Locals have embraced the project and familiarized themselves with all of the different elements which need to converge and commingle to make a production thrive.

“There is more to a film production than just the artistic process of making the movie,” said Molloy. “There are drivers, there are set builders, and there is a lot of blue collar work to be done that speaks to a lot of Montanans.”

Ultimately, the film has the walloping power to adjust, alter and re-appraise the town’s image and to humanize a part of the world that is enigmatic to even its closest neighbors. (Post-production will start immediately.)

MacGregor Anderson, a third-generation Anacondan, said that the town depicted in the script closely resembles the same insular, tight-knit community in which he was born and raised. “I think it’s a story that really resonates with a lot of people in the middle class everywhere,” said Anderson. “I think it’ll particularly be of interest to single family people who grew up in rural areas, but it’s also about growing up before your time and being young and in love.”

Anderson, 25, who moved to Seattle after his parents’ bakery closed but plans to return again in the near future, said that he applauds the filmmakers for elaborating on the state’s beauty as well as their resolute belief and trust in producing the site-specific film in Anaconda.

“I figured that there interest in Anaconda would wear off eventually, but it didn’t,” said Anderson. “And now it’s got me thinking, ‘what the heck am I missing?’ It has helped me realize the treasure that I have back in Anaconda with my family and culture.”

Film set, shot in Anaconda to premiere at SXSW

The film “Mickey and the Bear,” set and shot in Anaconda, has been included in a major film festival’s competition.

The independent film "Mickey and the Bear" was shot in Anaconda. Annabelle Attanasio wrote and directed the movie especially for the city.

Portions of the film were shot on the Blackfoot River.

Anaconda played a crucial role in the film, from the subject matter in the script to the historic locations.