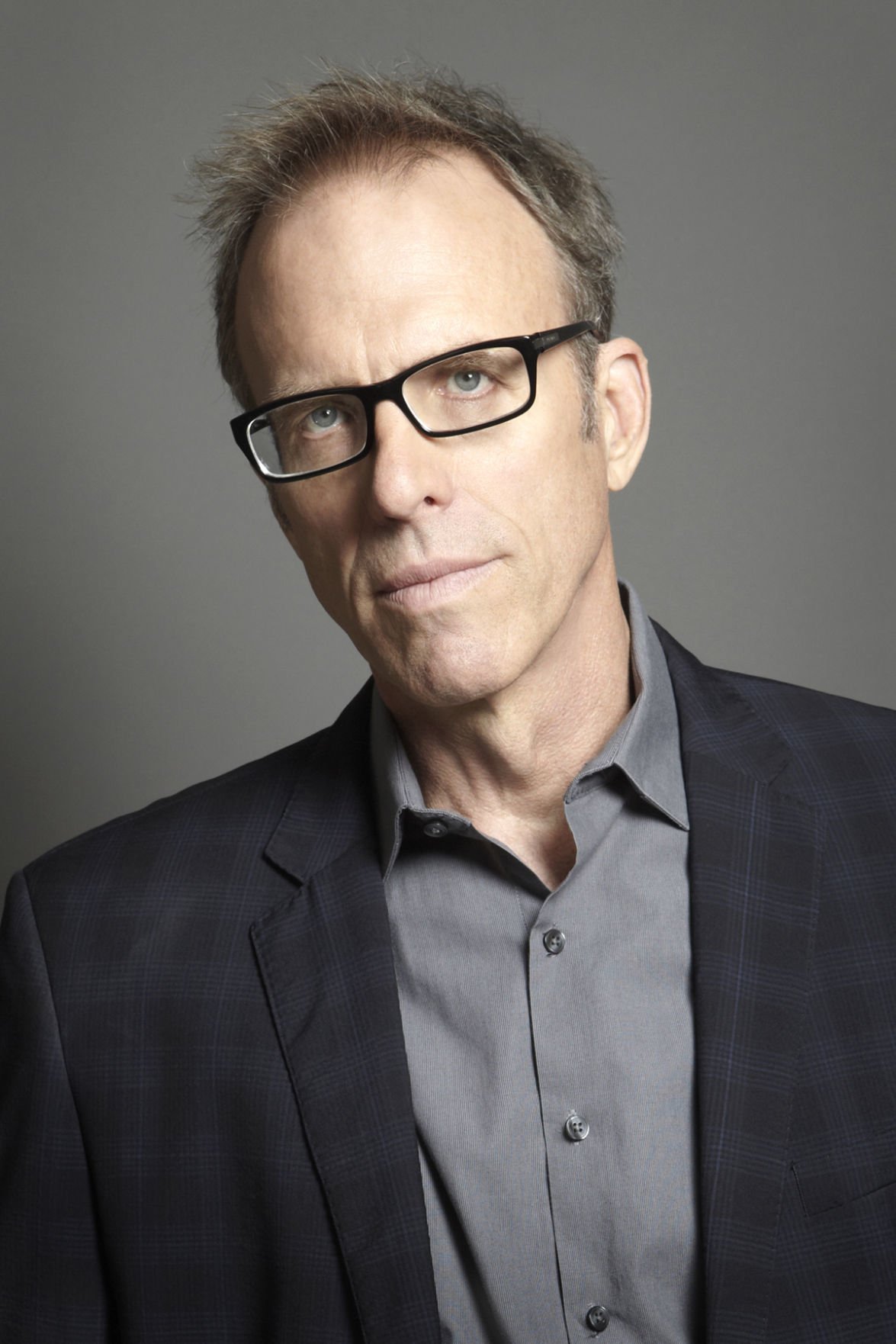 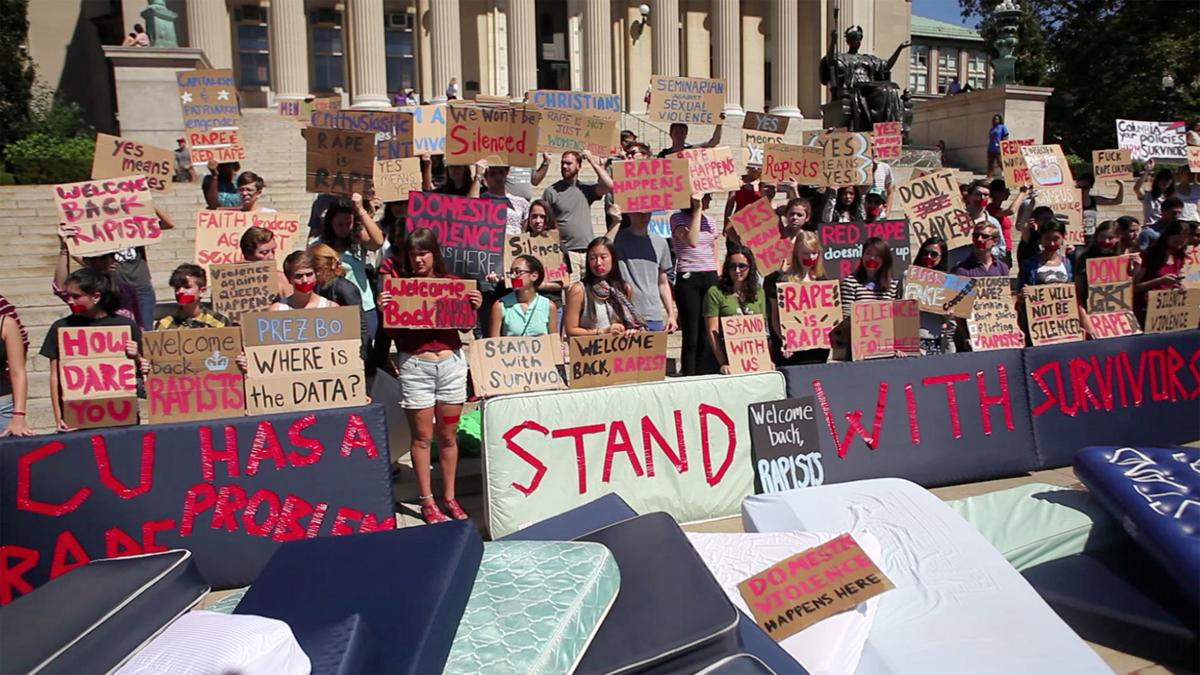 More than a year ago, director Kirby Dick wanted to make a documentary on sexual assault in Hollywood. He and his producing partner, Amy Ziering, "kept pushing but the money wasn't coming," he said. They knew such a film would involve costly legal fees and expensive investigative reporting, in addition to the difficulty of finding on-the-record sources.

Last fall, after the flood of women (and some men) in Hollywood went public with stories of abuse, everything changed. In a phone interview, Dick said it was "heartening" that society is "starting to realize that this problem is as serious as it's been. For centuries, really."

They secured funding for the film, one of many that Dick has made on the subject of sexual assault.

This year, Dick's career is the subject of one of the two retrospectives at the Big Sky Documentary Film Festival. As part of the retrospective, they'll screen five films, many of which examine assault and the responses or lack thereof from large institutions, such as the Catholic Church ("Twist of Faith," 2004), the U.S. military ("The Invisible War," 2012), and universities ("The Hunting Ground," 2015).

Dick said that in each case, the institutions in question were "putting their own reputation above the safety of their ... students, service members or parishioners." Often, the priority was protecting abusers who had some sort of stature.

"We saw this again and again, and I think this is one of the reasons we were able to make these films in the way we were: because we had seen this before, and it certainly made a difference when we were talking to survivors because we understood what they were going through," he said.

He enrolled at the California Institute of the Arts, which he said was "by far the most important education" he received. He studied conceptual and contemporary video art under world-class artists in a "very rigorous environment." He said it cultivated ambition and a way of "analyzing and approaching a subject that I don't think I would have had" otherwise.

He sees parallels between artists and documentary filmmakers. Artists, he said, decide on a path and "develop this practice over years, of trying to get oftentimes a very obscure, or subtle, hard-to-capture vision to an audience." Likewise, filmmaking requires "a passion and a love and commitment."

He went on to study at the American Film Institute and initially saw documentary as a gateway to making a feature. "One way people get into the feature film/dramatic film business is by making a documentary first," he said.

He made "Private Practices: The Story of a Sex Surrogate," about people who serve as sex surrogates for therapy patients. He was "so fascinated by the process" that he decided to stay in documentaries.

Other films from the first half of his career include "Sick: The Life and Death of Bob Flanagan, Supermasochist," about an artist with cystic fibrosis; "Chain Camera," an experiment where he gave high-school students cameras to shoot with and then pass on to a peer; and "Derrida," a portrait of the French deconstructionist philosopher.

He began "Twist of Faith" in a similar way. The 2004 film is about an Ohio firefighter in his mid-30s, coming to terms with abuse by a Catholic priest that occurred when he was a teenager.

After the film was finished, Dick began to see "a real political and institutional impact," and it was screened in state legislatures.

"I did a turn at that point and I realized I wanted to still be making films about these intense psychological experiences, but I wanted to broaden it beyond an individual's story" and expand it.

He took a slight diversion with "This Film is Not Yet Rated," a 2006 expose on the movie ratings system imposed by the Motion Picture Association of America. The industry group hires raters to review the films and decide on the ratings. As shown in the film, the criteria is vague and unevenly enforced, and the difference between an R and an NC-17 means commercial death.

The MPAA keeps the identities of the raters secret, so Dick hired a private investigator to help find out who they were. It involved stake-outs and digging through trash.

"That certainly opened up that discussion for a long, long time. Unfortunately, the MPAA is so powerful that it was difficult to really force change," he said. It did create "healthy skepticism" around the MPAA and Hollywood, he said, which at that point was "considered a golden industry, it wasn't polluting, it wasn't involved in arms sales."

In 2009, he released "Outrage," about Republican politicians who vote against gay rights; and in 2012, "The Invisible War," an Emmy Award-winning examination of sexual assaults on service members in the U.S. military.

After the film was completed, he and his producer Amy Ziering took the film on a tour of colleges. People approached them after screenings and told them about assaults that happened to them on campus.

"We started getting letters and emails, people sort of imploring us to make a film on the subject. We were so struck by that that we started researching it and realized that, yes, there was an extremely serious problem and just dove in and made the film."

"The Hunting Ground" casts a wide net over the issue of sexual assault on American college campuses and institutions' failure to respond to victims' complaints and punish perpetrators. Its student protagonists, Annie Clark and Andrea Pino, begin researching Title IX law as a means to force colleges to make changes.

The film has since been screened thousands of times on college campuses, including at the University of Montana. Dick said his team was aware of the sexual assault crisis at UM, but ultimately didn't include it in the film.

"The Hunting Ground" relies on many on-camera interviews where women describe their experiences.

In general, Dick said they develop trust with sources by being careful how they contact them: through friends, students or people they've approached at school. Once they're doing interviews, "we're very careful to let them know that they're safe," he said. "We want to create a very safe environment for them. We let them know they can talk about whatever like to, or if there are details they don't want to go into, they certainly don't have to. They can start and stop," he said. The filmmakers' reputation on the subject matters, too.

"We've heard these stories. We know what they're going through. I think the interview subjects sense that and they feel like they can open up," he said.

He said they have a "rigorous" process of fact-checking and research before and after filming.

The response has been wide. Dick expected blowback from the U.S. military for "The Invisible War." Instead, U.S. Secretary of Defense Leon Panetta made policy changes in response and screened the film for service members.

"I continually have people come up to me who are veterans or are still in service and say, you know, that this film had a huge impact on the way the issue was approached in the military. Now, saying that, they still have a long way to go. We still keep reading about problems, but I think the way that they responded, at least publicly, was really to their credit," he said.

The response to "The Hunting Ground" was more varied. Florida State University and Harvard Law School, both of which were in the film, tried to discredit it.

Dick said the Trump administration's decision to roll back Obama's recommendations on sexual assault was "unfortunate."

"I think it was one of the reasons that the student movement that really sparked everything was able to create as much change as it did," he said. He was heartened that many schools are still adhering to the guidelines.

"I just hope that finally schools are thinking a little less about their reputation and a little more about the safety of their students," he said.

Dick was considering revisiting "The Hunting Ground" when the Hollywood sexual assault stories began to break. He thinks the film may have been one of the threads that led to the "Me Too" movement. In 2016, Lady Gaga performed "Til' It Happens to You," a song from the film, onstage at the Oscars with survivors.

"They're seeing 50 students standing up and saying, 'Hey, look I was assaulted and I'm speaking about it,' and I think it caused people to start thinking, 'Well, if they're speaking, if they have the courage to do that, why don't I?' "

A retrospective of director Kirby Dick's films will screen during the first half of the Big Sky Documentary Film Festival. Here are the dates and times. Dick will attend each screening and participate in a Q&A. For tickets, go to bigskyfilmfest.org.

"This Film Is Not Yet Rated"

The time is "the dawn of the age of electricity; and after the Civil War; circa 1880s," according to playwright Sarah Ruhl's script.

'Feminists: What Were They Thinking?' revisits influential second-wave

In 1977, photographer Cynthia MacAdams published "Emergence," a book of black-and-white portraits of women. Musicians and composers like Patti…

'Dancing with the Missoula Stars'

This weekend, the Big Sky Documentary Film Festival will wrap up with three full days of films around downtown Missoula. With more than 170 fi…

New movies to stream this December