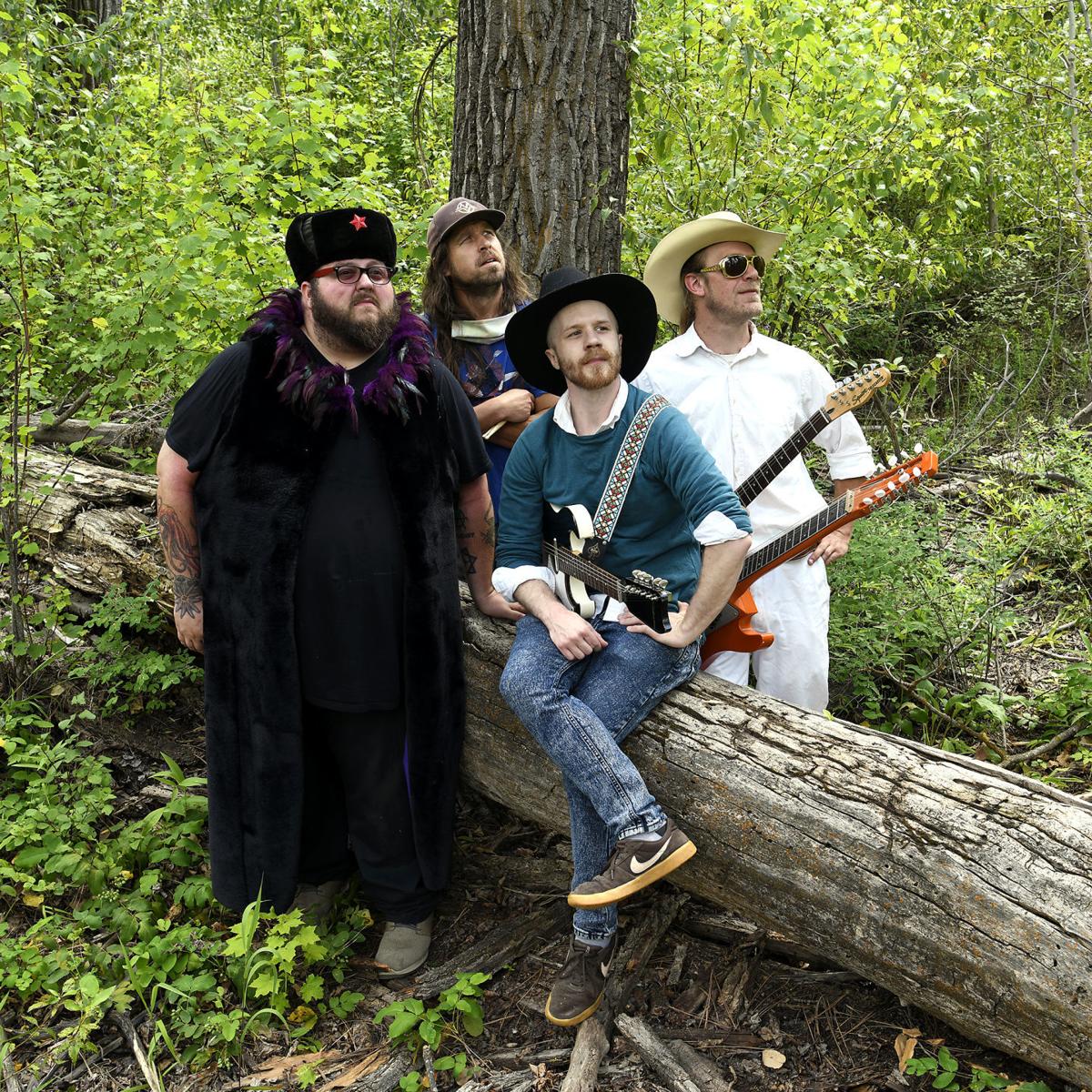 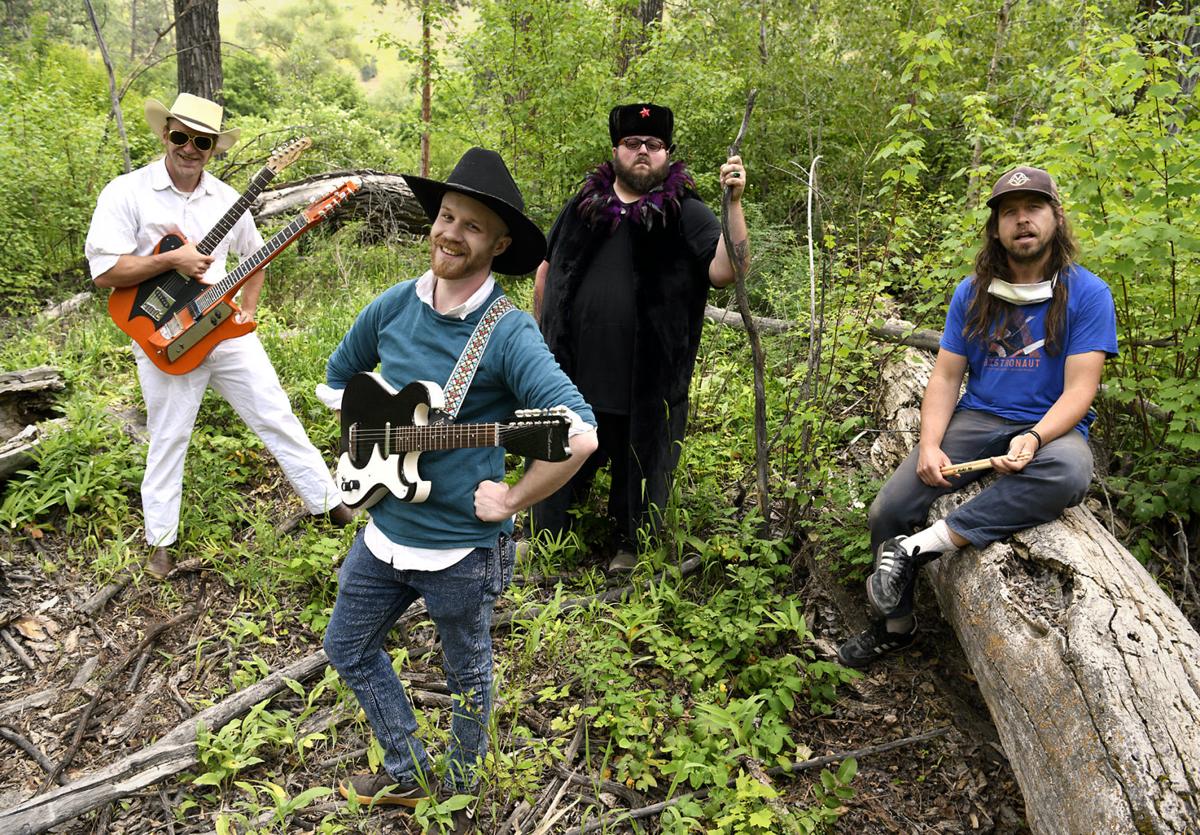 Cory Fay and the Good Goddamn (Aaron Jennings, Cory Fay, Duane Raider and Jamie Rogers, from left) have released their album "Greetings From the Apocalypse Club." 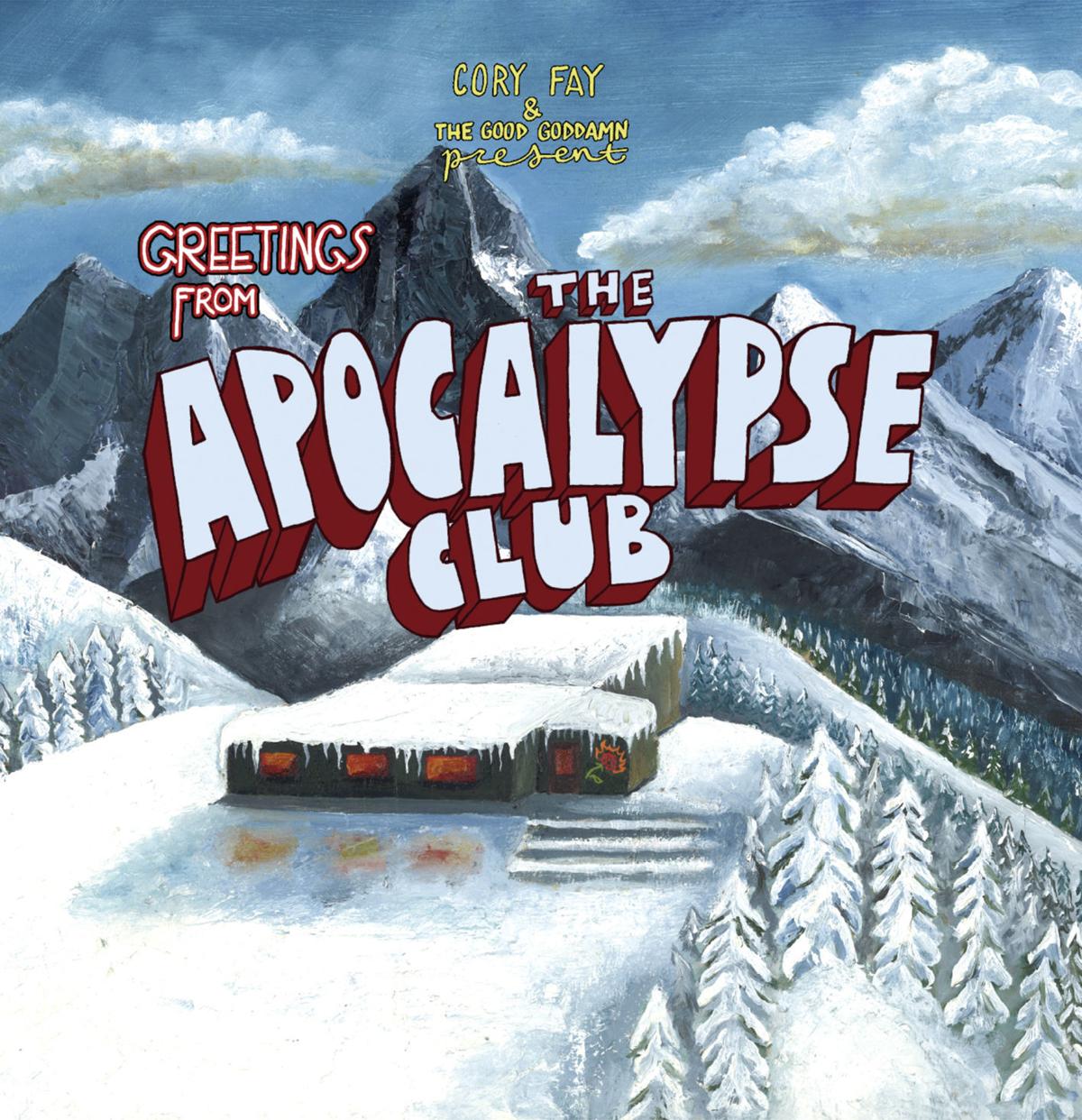 Cory Fay didn't know the pandemic was coming when he started writing “Greetings from the Apocalypse Club,” an end-times love story and concept album the Missoula indie-rock songwriter, and his group, the Good Goddamn, recorded several years ago. But COVID can't help but change the way you listen to it now that they've released it.

“Now is the time of all our great undoing

Now is when everything goes away

If anybody even remembers you anyway”

The context is a storyline about two people, Cory and Ash, who’ve become separated, venture out to find each other, and hope to reunite at a watering hole, the Apocalypse Club, located on a Montana ski hill as the world seems on the brink of collapse.

Fay and company wrote and arranged most of these songs back in winter 2017 and spring 2018, ambitiously tying all these tracks together with repeated musical motifs and interludes that range from Tom Waits-style cabaret to mini-overtures.

Several years later, it’s being released into a strange new reality, where his themes seem less like outlandish science fiction or “Walking Dead” scenarios. Rootsy punk and country songs about waiting out a natural disaster in Montana while separated from loved ones suddenly require no suspension of disbelief from listeners. In-bar conspiracies and disputes between believers and disbelievers? Sure, could happen. Listen along and the connections boggle the mind.

“Apocalypse Club” is Fay’s second full-length, a follow-up to “Garden Variations,” and before that, he played in bands including Holy Lands.

A theatrical streak has run through his stage performances and his writing — “Garden” was a more veiled concept album, while “Apocalypse Club” is more direct in its storyline. In the tradition of rock operas like The Who’s “Tommy,” Green Day’s “American Idiot,” or, in country vein, Willie Nelson’s “Red Headed Stranger,” the songs can work independently, and it’s up to the listener how closely they want to parse the lyrics and tie together the story.

Each song is a dramatic vignette of its own — the opening track, “Babylon the Great,” sets the tone with an anthemic rock chorus and exits with strings. His vocal style is actor-like, too, with a fluctuating intonations as he sings lines about how “we’re just a bunch of boiling frogs.” A verse about a bar (“It’s not the kind of place you can forget, all your good old days that you still regret,”) would be memorable regardless, but when the music scene is shut down and you won’t hear the band sing it in person, there’s a new layer that lingers in your mind.

Fay’s band comprises an unusual combination of players who help him pull off a range of styles, always in an evocative, scene-setting way — indie folk and country and more aggressive punk and emo. Duane Raider plays bass (and does some carnival barking.) Aaron Jennings supplies pedal and lap steel along with proficient yodeling. Spencer Bryant adds more roots flair with banjo, and Brennan Doer keeps the drums and percussion flowing.

“Thanks (For all the Randy Newman)" is written as a letter to a departed partner who left behind a trove of the songwriter’s records. Fay apologizes because he doesn’t have a 20-piece orchestra like Newman. He did, however, approximate one. The songs are threaded with chamber folk flourishes thanks to strings from Mia and Sara Soza, keyboards from Tom Helgerson, backing vocals from Erin Anger, and trumpet from Jenni Long, which often gives the ramshackle anthems a touch of Neutral Milk Hotel. Noisy but groovy jams like "Power Shift" hint at another style of music that's just as Montana as the country with parlor piano. "Devil's Daughter" pays homage to Tom Waits' circus-in-the netherworld mode.

Regardless of the track, there's a melancholy tint to the music — it’s a thoughtful and ambitious album that the group likely won’t get to play around town, and a reminder of how local bands were sharing smart and creative work on stage any old week in a scene that may not re-emerge until next year. It even opens with the sounds of a crowd in a dive bar, as playwright Kate Morris introduces the story with a monologue. (“That’s the thing about hell, there’s never a circle you can go fully back to.”)

It ends on a hopeful and humorous, honky-tonk note with the title track. “Spending all night at the Apocalypse Club while the world outside is looking pretty banged up,” Fay sings. “It's kinda hard to worry when you're falling in love with someone you never seen before."

‘I carry your heart,” a title based on the E.E. Cummings’ poem, is on display through July 25 and features paintings and mixed media sculptures from three regional artists.

Things to do in Missoula: Art shows, pop-ups and 'Mad Max' at the ballpark

A new annual grant program is available for individual artists or organizations that "use the arts to nurture and support healing."

How does a specific place and its history reveal itself through art? Creators are delving into that question around western Montana this summe…

The space, founded 10 years ago by University of Montana students earning their Master of Fine Art degrees, is located in the alley on West Pine Street. Each month during First Fridays, it hosts work in a 14-by-21-foot storage space modified with white gallery walls.

Cory Fay and the Good Goddamn (Aaron Jennings, Cory Fay, Duane Raider and Jamie Rogers, from left) have released their album "Greetings From the Apocalypse Club."