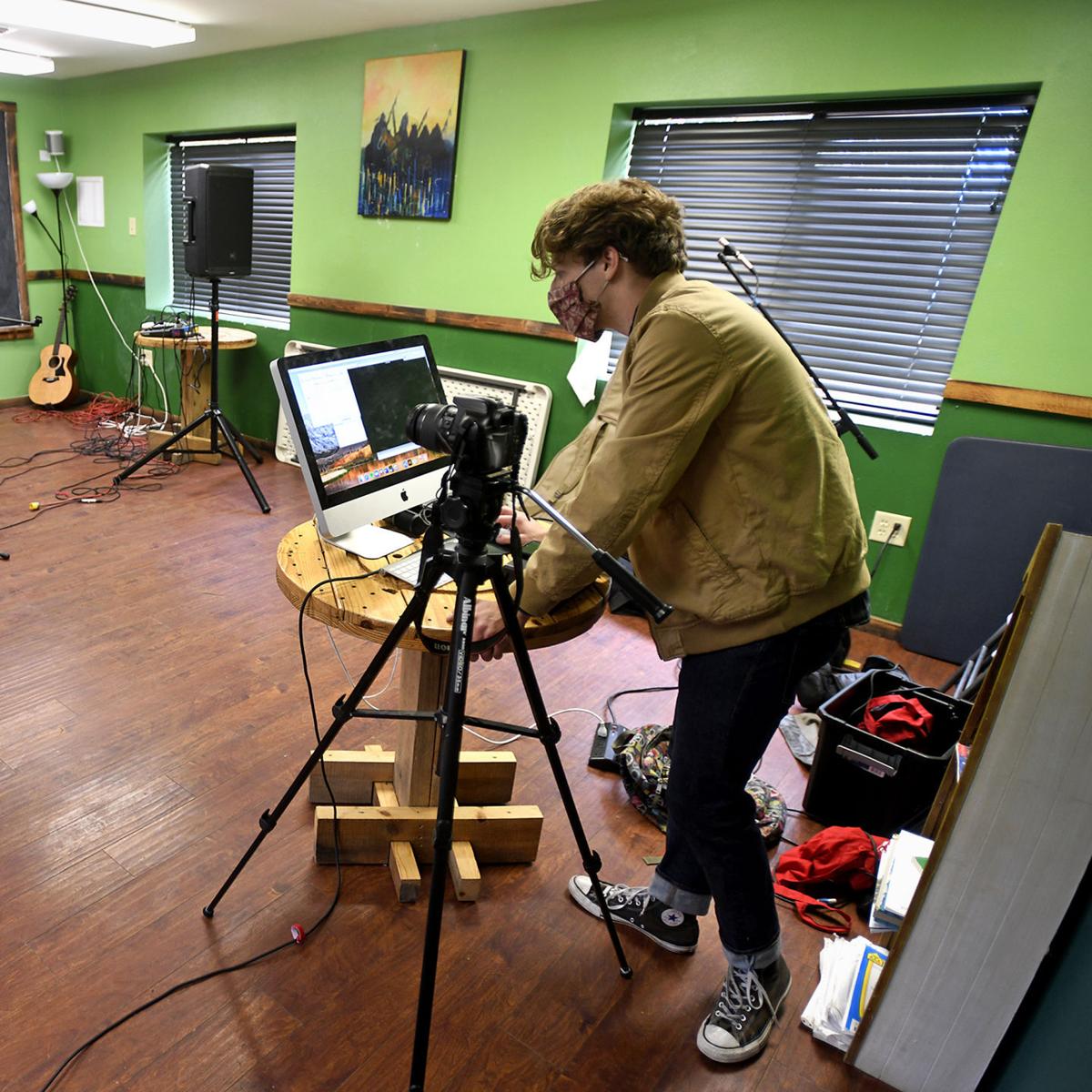 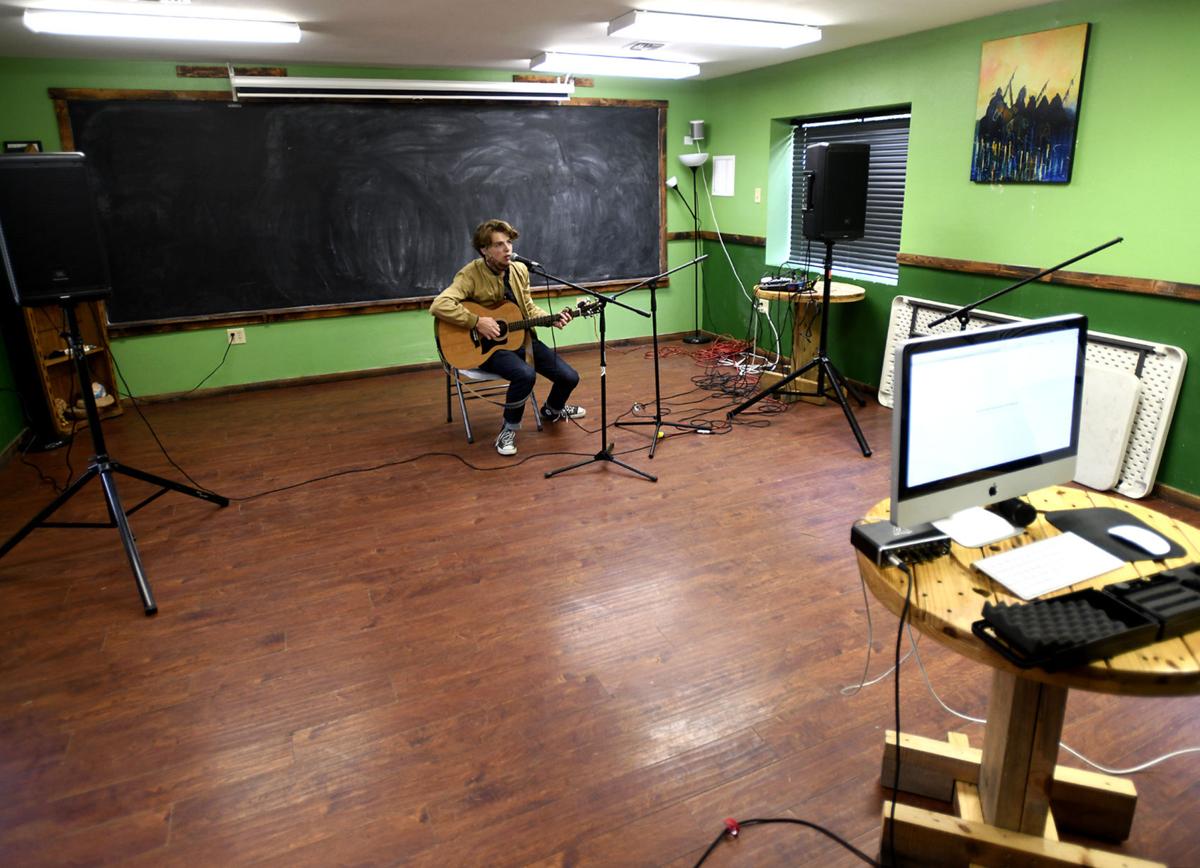 Matthew Knight, production engineer for KBGA, checks the sound for the college radio station's livestream Birthday Bash at Imagine Nation Brewery. The groups will be live at kbga.org on Friday night.

How do you throw a birthday party during a pandemic?

For KBGA 89.9 FM, the college radio station at the University of Montana, it will be a month of Friday livestreams.

Each week in September, three bands will perform from Imagine Nation Brewing on West Broadway, making for a solid three hours of socially distanced live entertainment.

For a station that promotes independent and local music, the plan fills a clear need.

“We’re just trying to do the best we can to take care of everything for them," said Matthew Knight, KBGA’s productions engineer. "So we find them a venue, we’re taking care of the live-streaming, we’re setting up the PA system. All they have to do is come and play, and so a lot of them are very excited to be able to perform in a concert again.”

The station posted an open call on its social media, and picked out three bands for each Friday, all of whom get 45-minute sets.

The open call received about 20 inquiries, including some from bands that aren't even in Missoula, said music director Meghan Jonas, and they organized them into evenings that made sense based on availability and style.

"A lot of these local bands don't fit into any specific genre," Jonas said, but they avoided awkward pairings. "You wouldn't want a metal band with a big band like the Fertile Crescent."

The first installment on Friday features acts ESP and Elijah Jalil, who both touch on indie folk and R&B, plus instrumental pysch trio Crypticollider.

She said local musicians are frustrated with the inability to play, or release and promote albums as they used to. The station wanted to support groups like Cory Fay, Letter B and the Fertile Crescent, who have gigged widely around town before the pandemic. The series can provide an outlet that's safe for performers and the audience alike, as opposed to underground shows.

The bash also doubles as a fundraiser for the station, whose funds fluctuate with student enrollment, she said.

"It's nice to have any opportunity we can to get a little cash for the station and not feel like we're pressuring people to donate for nothing," she said.

Imagine Nation, a community center/nonprofit brewery, has supported the station in the past through sponsorships or even specialty beers during the Birthday Bash, so organizers sought them out as potential venue.

It agreed to host as a co-sponsor after discussing safety measures around a livestream, said co-owner Fernanda Krum.

“We thought that this is a great opportunity to somehow host a community event that is not bringing [risk], or very minimal risk to the community” while still supporting the station.

Before the pandemic, the brewery hosted five to six community events a week, frequently with nonprofits or community groups, plus live music two to four times a week.

They closed their community event space because of the potential risk, and the taproom as well. They did keep the taproom open to customers who want to buy cans of beer to go, and the patio along the river is open, sometimes with a small Irish combo playing music.

Krum said they still receive some inquiries about events and bands, but most people have come to understand their stance. The livestreams, though, are a way to continue supporting the station, and through it, musicians.

During the KBGA sessions, no one will be in the taproom except for the performers and the one or two people taking care of sound and video. They’ll keep the windows and the doors open, and people can listen on the patio, where there will also be a projection screen.

All shows run from 7-10 p.m. Tune in to KBGA 89.9 FM or head to kbga.org to watch. The Imagine Nation patio is open. Service stops at 8 p.m. but audience members can continue to watch on a projection screen.

The Montana Book Festival director, like many event organizers, was forced to pull the plug on in-person gatherings this year. Going online di…

The String Orchestra of the Rockies is moving forward with a season of concerts with smaller ensembles playing for limited capacity audiences.

The pandemic has found a certain local, guitar-looping whiz of a musician, occupying cyberspace under the mysterious moniker Linus. Over the s…

Matthew Knight, production engineer for KBGA, checks the sound for the college radio station's livestream Birthday Bash at Imagine Nation Brewery. The groups will be live at kbga.org on Friday night.