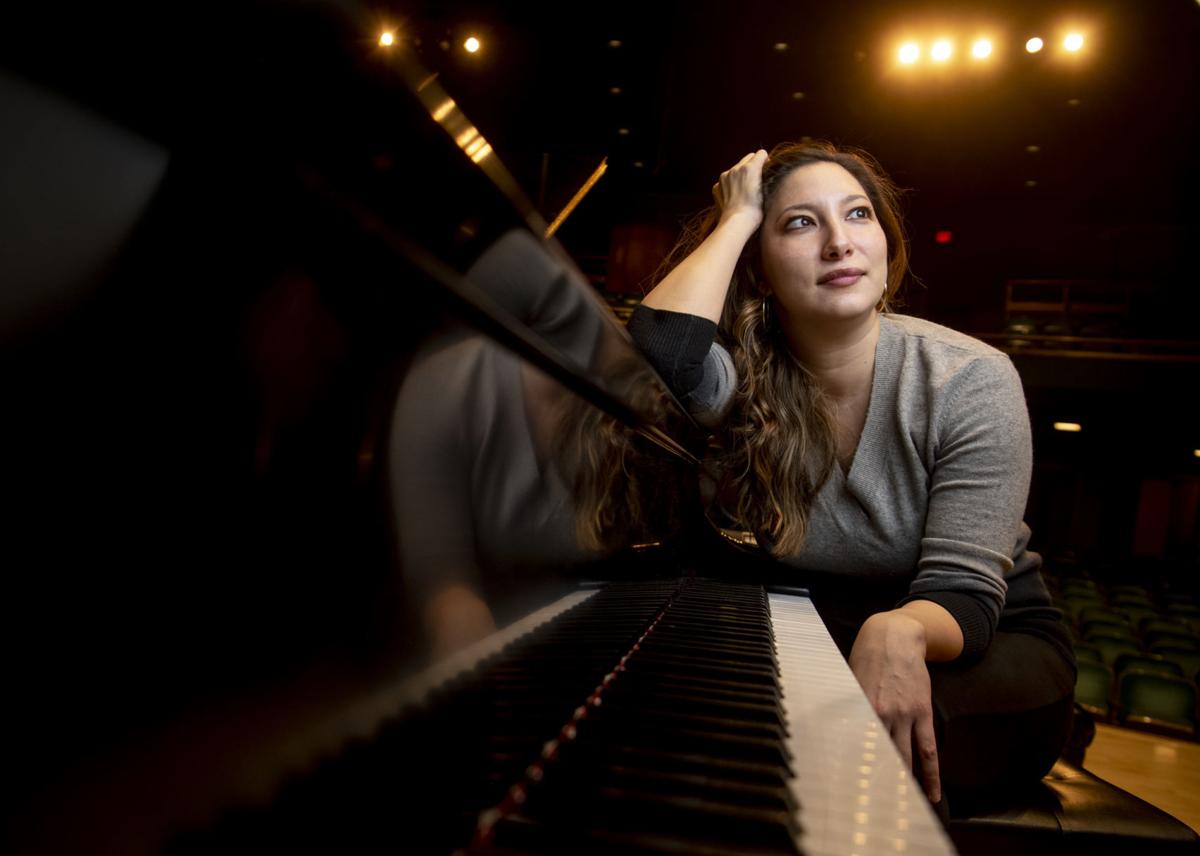 Tanya Gabrielian, an award-winning classical pianist, will be performing at the University of Montana's Celebrate Piano Series on Sunday afternoon in the Music Recital Hall. Gabrielian will open her performance up with a rendition of Soviet composer Alfred Schnittke's Piano Sonata No. 2. 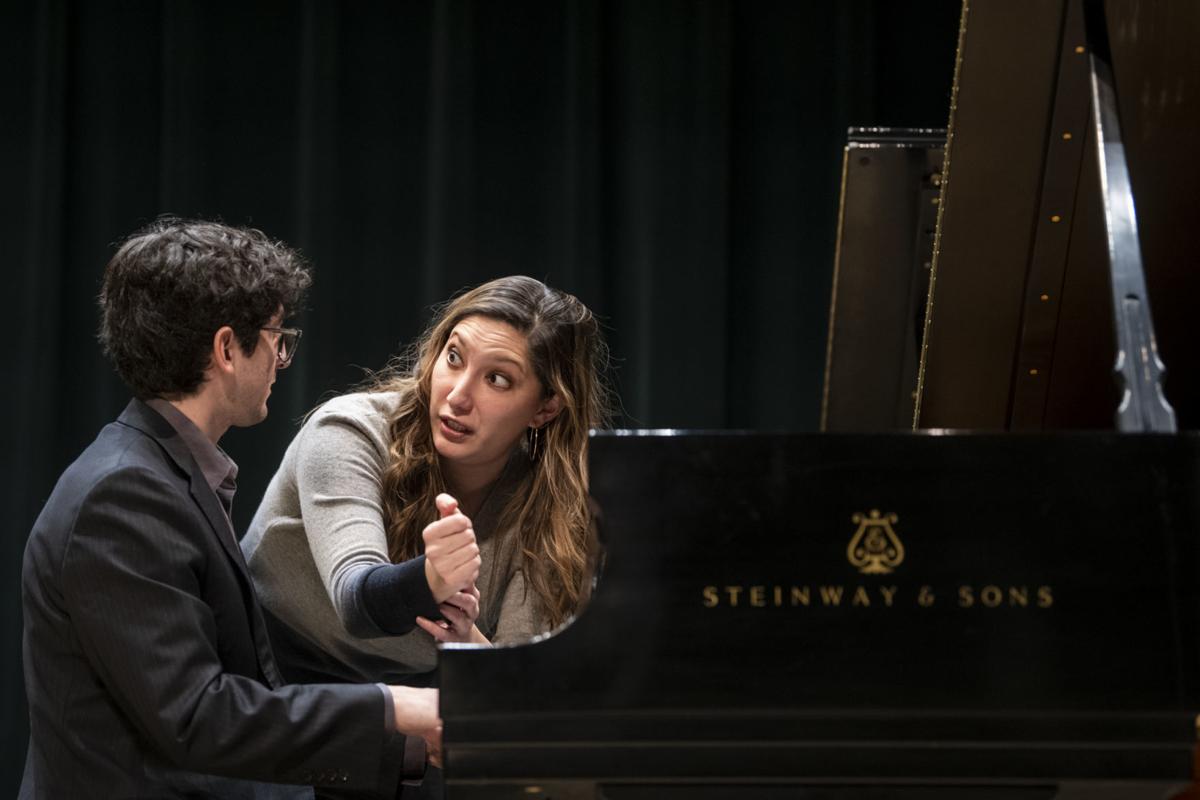 Gabrielian taught a piano masterclass in the university's Music Recital Hall on Friday afternoon. Her masterclass included three students, two of whom are from Missoula and the third, Julian Jaszczak, is from Williston, North Dakota. 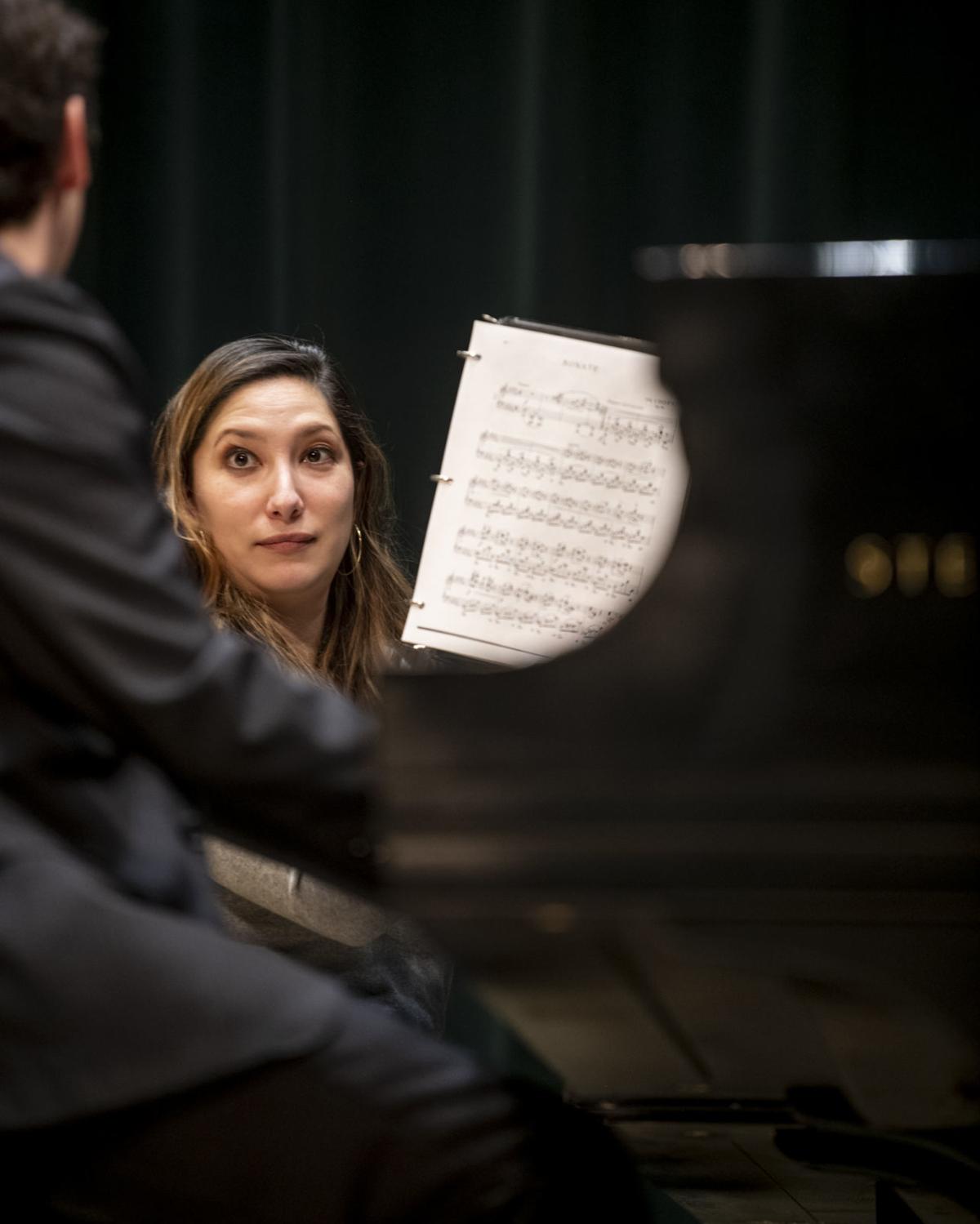 Tanya Gabrielian, an award-winning classical pianist, will be performing at the University of Montana's Celebrate Piano Series on Sunday afternoon in the Music Recital Hall. Gabrielian will open her performance up with a rendition of Soviet composer Alfred Schnittke's Piano Sonata No. 2.

Gabrielian taught a piano masterclass in the university's Music Recital Hall on Friday afternoon. Her masterclass included three students, two of whom are from Missoula and the third, Julian Jaszczak, is from Williston, North Dakota.

A well-balanced concert can be challenging and pleasing.

Tanya Gabrielian, a classical pianist, wants her performance this Sunday to be both.

The award-winning performer, of whom the Washington Post once said, "the Herculean keyboard demands were met with a strikingly poised nobility and a commanding presence," is in Missoula to play at the University of Montana's Celebrate Piano Series.

She's starting off with a demanding piece, and then providing some classics. Up first is Soviet composer Alfred Schnittke's Piano Sonata No. 2, which premiered in 1990.

"Art represents society and society is pretty messed up right now, so I think Schnittke's post-Soviet music is like the grunge rock of the classical music field," she said.

"You can really portray existential dread on the piano," she said, complementing the extremes of darkness and light in his music.

She compared it to watching a film in a foreign language. Schnittke employs a traditional structure, the sonata, as did Mozart, Haydn and Beethoven. With that form, he's using language that might be new.

After playing the piece enough times, she finds "very sleek," and believes the audience can track the emotional development within it.

"They can hear the forward momentum and the progression of where the spirit goes in this piece."

While some musicians on the East Coast told her she shouldn't play it here, she said, "to think that it's too esoteric or too weird for a Montana audience kind of offends me."

Classical is often thought of as soothing or relaxing, and "fits in a very specific place that is not where it should be, or whatever artists want it to be, and challenging the audience in this way is like making you eat vegetables before the candy that is the rest of the program," she said.

"The rest of the program is like the greatest hits," she said.

The bookend is Schnittke's "polar opposite," George Gershwin, with Rhapsody in Blue.

She's played it in myriad variations: orchestra, big band, four hands (i.e. two piano players). Audiences respond to him, since he's an American composer in a field that doesn't have a deep history of classical compared to Europe. What's more, the piece is optimistic and "reflects the American Dream" in musical form. As a performer, "there's no question that it's great and fun and enjoyable."

Between the bookends, you'll hear Liszt's Sarabonde and Chaconne from Almira and Papillion, Op. 2 by Schumann.

The latter was written when he was young and is "full of vitality" and mirrors the difficulties to come in his life — he struggled with manic-depressive symptoms.

"You can sort of see the beginning of what's going to happen to him in this piece," she said, which is about "a heart that was completely open, and eyes wide open with love."

It's not Gabrielian's first trip to Montana, although she seems to visit either when it's cold or smothered in wildfire smoke. In January 2016, she performed a concert in this same UM series; and in the hazy summer of 2017 she visited Whitefish for the Festival Amadeus chamber music festival.

This visit, she played a public concert at Seeley Lake High School through Alpine Artisans and then did six outreach concerts in the local public schools.

Steven Hesla, a UM piano professor and concert organizer, said she's "both a strong player and a wonderfully friendly personality. She connected beautifully with the audience and they adored her" approach. He said she provides explanations of a piece beforehand, particularly a newer one, so that they have context going in.

While here, she was signed up for a master class on Friday, where UM students can present pieces they're working on and receive critiques, encouragement and assistance.

The concert series is designed to help raise money for the Keyboard Fund, which pays for instrument maintenance and assistance for students, whether in the form of scholarships or to help pay travel expenses for national conferences or competitions in which they've placed.

Hesla said donations are "always accepted," as the concerts might not always pay for themselves. However, he said they believe in the mission of bringing artists like these to Missoula both for the UM music community and residents as a whole.

Guests are attracted by western Montana, and also the sound in the Recital Hall and their instrument: a Steinway grand piano that was purchased in 2012. It was paid for with $80,000 from the community and $15,000 from the Keyboard Fund, plus a generous price from the manufacturer.

Tanya Gabrielian will perform as part of the University of Montana Celebrate Piano Series at 3 p.m. Sunday, Jan. 12, in the Music Recital Hall on campus. Tickets are $20 general admission, $15 seniors, and $10 for students at the UMArts Box Office, 406-243-4581, or griztix.com

Russ Nasset has released his third solo album, "He Was Singin' This Song," a collection of 16 traditionals.