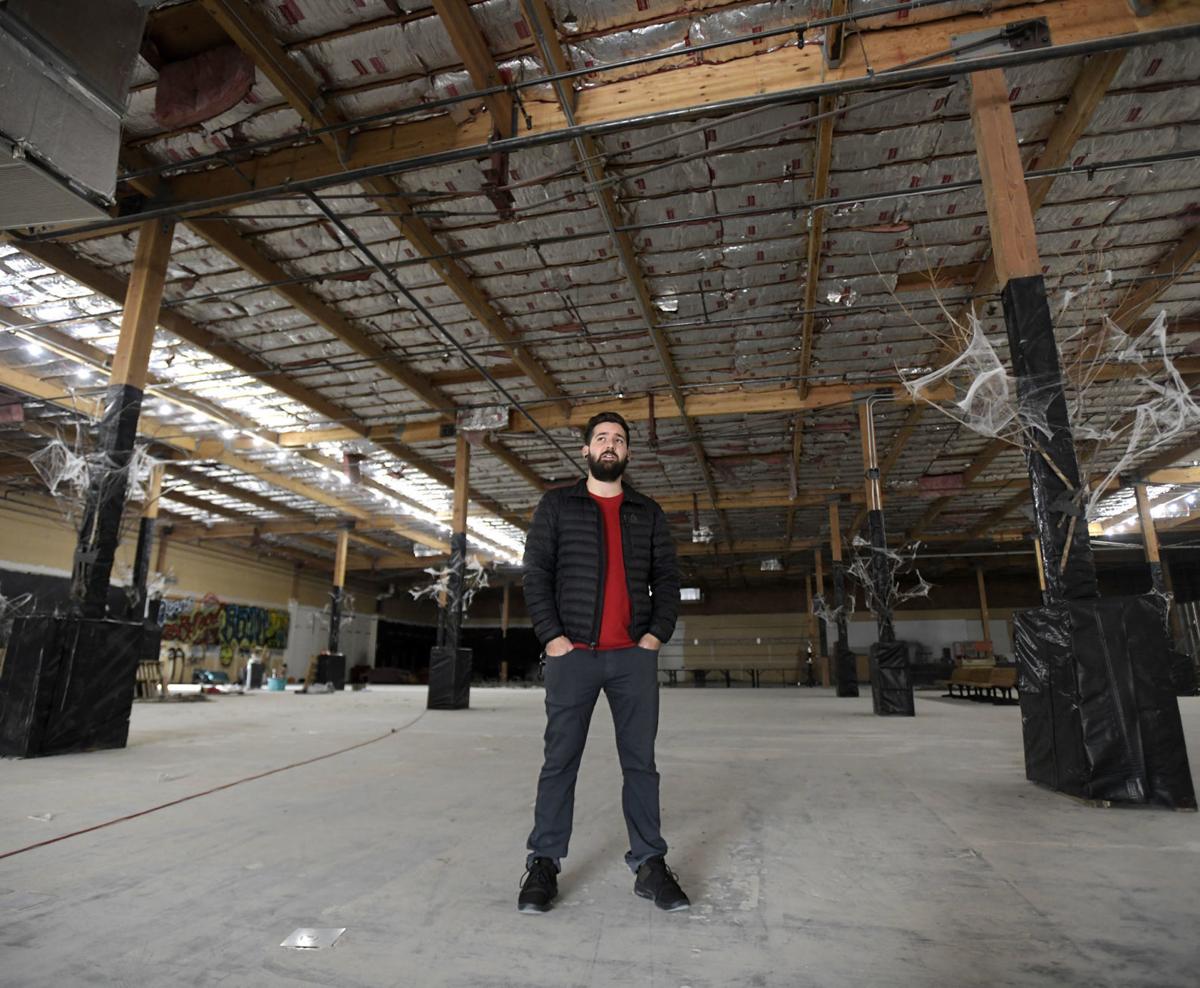 Logan Foret, of BFK Presents production company, stands in the former Sears department store at the Southgate Mall. The Halloween electronic dance party Disco BloodBath is taking over a roughly 35,000-square-foot space once occupied by Sears. 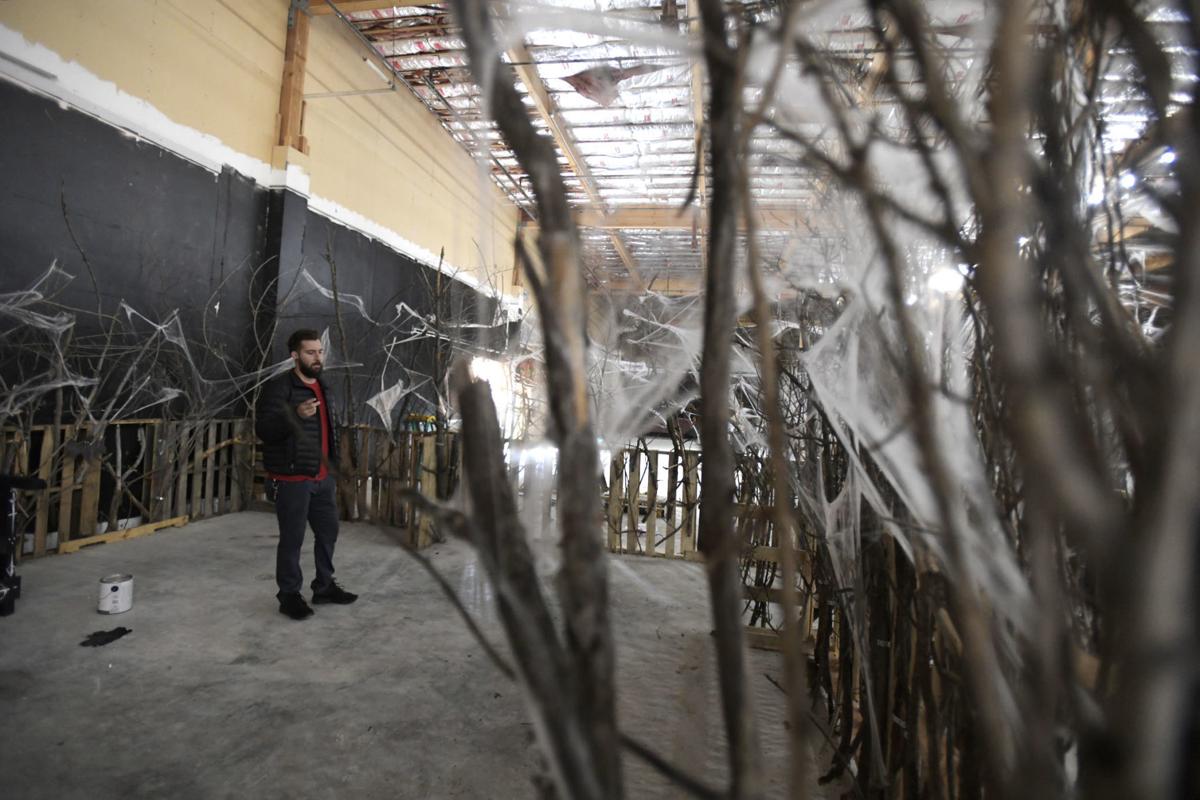 Preparing for this year's Disco BloodBath, Logan Foret looked at about 35 different options, including warehouses and spots at Fort Missoula before picking a section of the former Sears in Southgate Mall.

Logan Foret, of BFK Presents production company, stands in the former Sears department store at the Southgate Mall. The Halloween electronic dance party Disco BloodBath is taking over a roughly 35,000-square-foot space once occupied by Sears.

Preparing for this year's Disco BloodBath, Logan Foret looked at about 35 different options, including warehouses and spots at Fort Missoula before picking a section of the former Sears in Southgate Mall.

Just like "Stranger Things," Disco BloodBath is heading to the mall.

The annual Halloween electronic dance party is taking over a roughly 35,000-square-foot space once occupied by Sears at Southgate.

"It's the biggest warehouse space we've had in years," said promoter and co-founder Logan Foret, of BFK Presents production company.

The event is turning 10 years old, minus one year when it was canceled because BFK couldn't get a permit for a warehouse on South Third Street West.

Starting in 2015, they moved it to multiple bars and venues — including Caras Park last year — as a pub crawl with different genres in different spaces.

Preparing for this year, he looked at about 35 different options, including warehouses and spots at Fort Missoula. Foret was told he should check with Washington Prime Group, the new owner of Southgate, about the section of Sears that isn't being used by Lucky's Market.

Washington Prime is "extremely supportive in us experimenting with new community events, so it made a great match," said Lauren Poppen, Southgate marketing director.

Earlier this week, it was still a gutted warehouse on its way to Saturday's party with 30-some DJs performing for an expected audience of 2,000 people.

"Even though it's one space and we're not seven venues anymore, there's a lot more detail that has to go into this, because we're building something from scratch," he said.

Artists have started putting up graffiti and murals in some corners, using paint donated from local stores. They're building a few photo booths — one near the entrance from the mall with a rainbow backdrop. The other is a witch's throne in a forest of dried sticks. There will be four bars and a VIP on a raised platform.

A warehouse space has pluses that you can't pull off in a bar. The stage production rig can stretch up to a 22-foot ceiling.

It hasn't been hung yet, but they've ordered three "giant inflatables that come down from the ceiling, that sort of look like upside-down Medusa heads that glow," he said.

Tim Greiser, a Bloodbath co-founder who now lives in Portland, Oregon, is coming back with a laser light show in tow. Missoula artist Amber Bushnell will do live 3D mapping. Montana Pro Audio is handling the sound and lights.

The line-up of DJs include locals like Mark Myriad, Enzymes and the Milkcrate Mechanic.

One thing there won't be this year? Live bands. When they were downtown, they'd have groups playing Halloween-themed tribute sets at the VFW, but fitting that into a warehouse space didn't pan out.

It's a different audience, Foret said, one that wants to see bands earlier downtown, not at a destination dance party. (If you want to see tribute bands, the Zootown Arts Community Center is hosting its "Rocktober" party on Saturday, Oct. 26.)

Outside the building, they're fencing off another area for an inflatable dome with more entertainment curated by local collective Starlight Reunion, plus craft vendors and food trucks. It's not certain yet, but they might have a half-pipe for skaters and BMXers.

After the one-night party is over, they can lend their production equipment to "Boos and Brews," the mall's adult Halloween event on Thursday, Oct. 31. There will be food trucks, beer, aerial acrobats and live music, Poppen said.

The mall is interested as a whole in hosting more arts and cultural events. "Successful malls in our industry are pivoting to become community centers, hosting activities like beer tastings, conventions, yoga nights, etc. It's a direction Southgate is definitely heading in as we move forward in the current retail landscape," she said.

Disco BloodBath is 6 p.m.-3 a.m., Saturday, Oct. 26, in Southgate Mall next to Lucky's. The event is 18 and up. Doors at 5:30 p.m. The Ghetto Gypsy shuttle is running from University of Montana's Jesse Hall and from downtown at Broadway and Ryman from 9 p.m.-3:30 a.m., with pick-ups about every 45 minutes. Tickets are $15 general to $75 VIP, available at discobloodbath.net or Rockin' Rudy's.

To encourage safety, organizers will be giving out SipChips, small handheld drug tests that people can use if they suspect or are concerned that their drink may have been spiked. It's part of a larger effort to encourage bars and venues around Missoula to stock SipChips.

A quick guide to some of the shows happening this week.