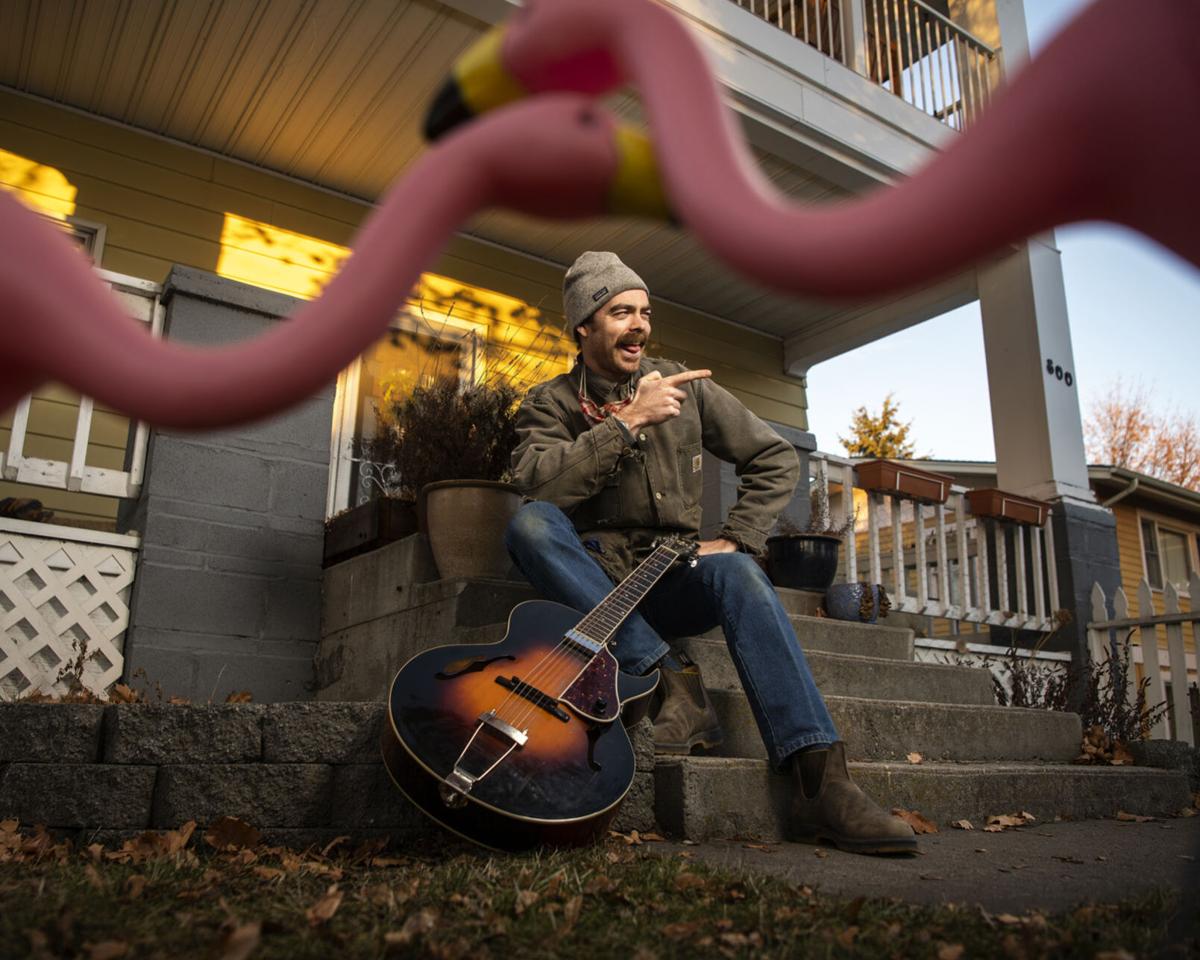 Izaak Opatz, 33, will release his album "Hot & Heavy-Handed" on Dec. 11, featuring covers of Clint Black, Mark Chestnutt and Dierks Bentley alongside a few original tracks of his own. 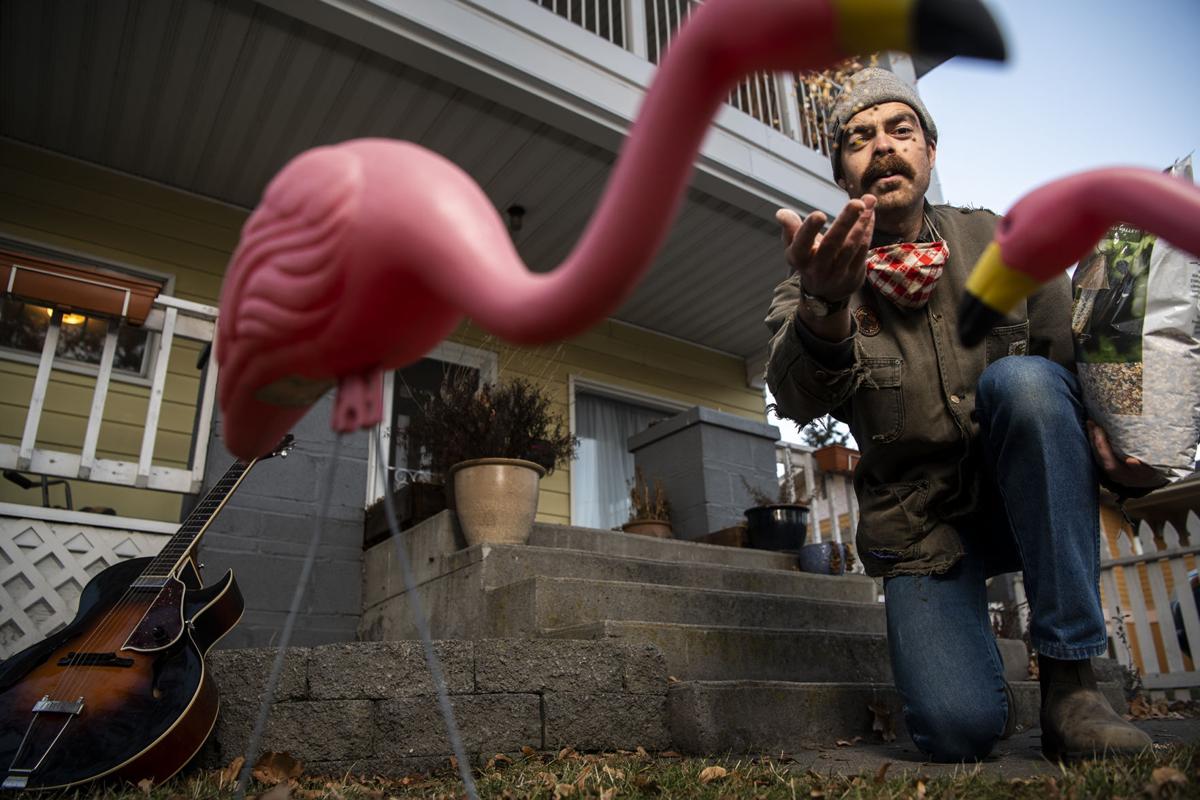 The album features country tracks recreated with indie rock style. "It just seemed like a good time to do this," Opatz said, "something fun and something that we could do remotely." 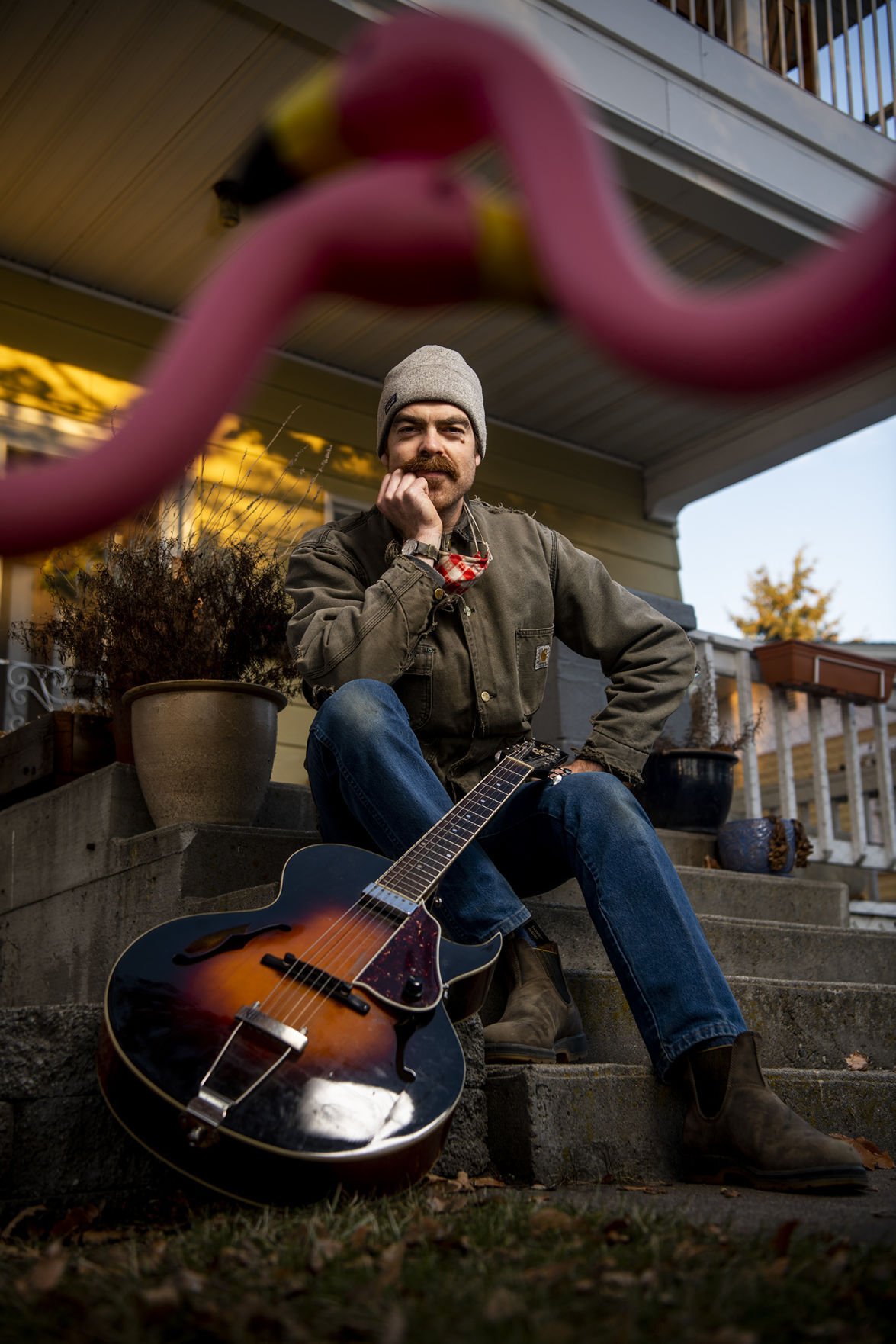 Opatz recorded vocals and rhythm guitar in Missoula and send the songs to his friends in Los Angeles to be mixed. 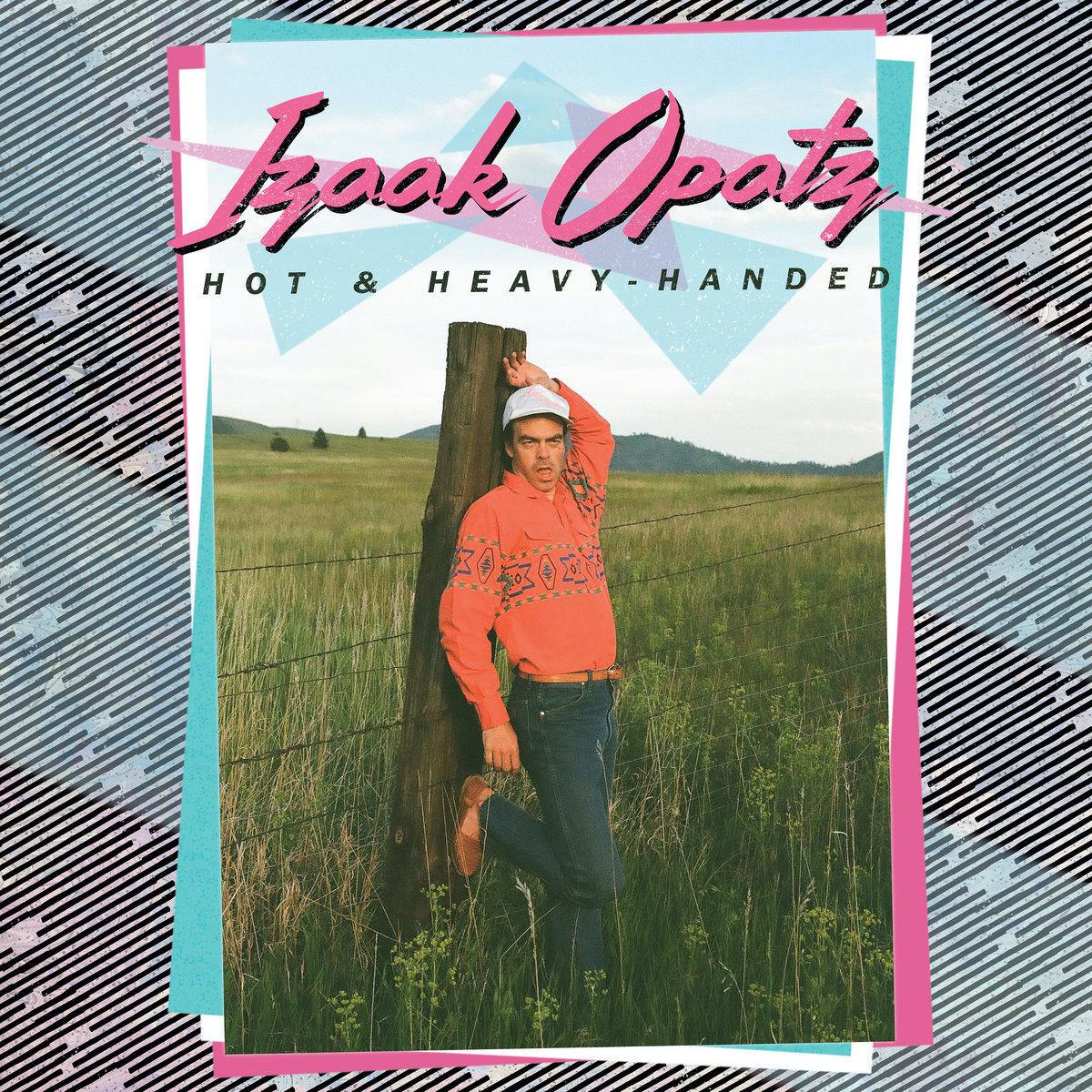 MICHAEL MERLO of the Missoulian

Montana musician Izaak Opatz didn’t plan on working a trail crew for the first time in three years this summer while putting out an album made up mostly of '90s and modern pop country covers.

His album, “Hot & Heavy-Handed,” out on Dec. 11, features nine covers from the likes of Clint Black, Mark Chestnutt and Dierks Bentley with two of Opatz’s original tracks.

The covers, recreated with an indie rock style invoke a nostalgia for country lovers while being fresh enough to encourage new listeners unfamiliar with the genre.

“It just seemed like a good time to do this,” Opatz said in a phone interview, “something fun and something that we could do remotely.”

Opatz, 33, said that his love for pop-country started around five to 10 years ago and it’s the complex songs made simply that he enjoys.

The album includes a mix of songs from “Goin’ through the Big D” and “You Look Like I Need a Drink,” to a modern hit, “Drunk on a Plane.”

“It was fun to rework. In a lot of these, some of the chords got kind of tweaked and in each of them I could kind of make them feel different enough and personal enough so that it was satisfying. … It’s not a definitive favorite of all-time list. It was kind of impulsive, I guess.”

The cover of “Drunk on a Plane” received notoriety from Rolling Stone Magazine’s country music picks for the week of Nov. 23, stating that his cover, “understands the song’s pitiful core even better than the original. When Opatz sings, 'I’m up so high, I may never come down,' it sounds as hard-to-believe as ever.”

But he also includes a couple of originals in the album.

He wrote the singles, “Lubbock for Love,” a heartbreak ballad, along with, “You Made a Country Singer Out of Me,” a fast-paced song about how he started writing country songs with his band, the Best Westerns, years ago.

“Those were a couple that I thought aged well and felt like 'Lubbock' especially could be a real country song.”

Opatz said he would record vocals and rhythm guitar and then would send those to his friends in Los Angeles who would mix the song from there.

“It was a lot of trust that they were gonna make the right decisions and kinda know what I would be OK with. … For the most part, they kinda nailed it,” he said.

He added that the lyrics in pop country get overlooked often and he wanted to highlight some of the stories.

“I think the vocals are always so perfect and shellacked in overly produced pop country so you kind of lose some of the really heartfelt lyrics.

“In these songs that was something I wanted to do when we came up with the idea, just remind people that these are really human stories sung by humans and that there’s a lot of the feeling of indie stuff in these songs.”

Opatz said that the songs were recorded this summer while being back on weekends from his trail job in Glacier National Park.

“I took three summers off and didn’t really expect to go back. This summer, we had a couple tours booked and weren’t able to do those and then the record got pushed so it just seemed a good time to go back and there wasn’t much else I was gonna be able to do this summer.”

He said that anybody who works outside hums to themselves and probably invents and loses different melodies every day. While he writes his songs inside, his work outside influences them.

“We’re still using nature to explain how we feel and how things are going. The control we do or don’t have over things. I still try to get out and hike.”

Making the cover album was something he had talked about doing before the pandemic, but doesn't know if it would have happened if his other solo record didn’t get pushed back along with the touring.

“It might have been one of those things that got kicked down the road forever.”

He also spoke about the genre in general as refreshing and relatable music that can be personal while not always being serious.

“I guess country music in Montana is one thing and country music in Missoula is another thing, but to me, country music has always been about relatability and I think it became so popular with the white rural crowd because at the time, those people didn’t feel heard or because popular culture wasn’t speaking to them. I think country has a right and obligation to be relatable to each and every subculture or whatever. I don’t think it needs to be for anybody as long as it’s for somebody.”

He spoke about relatability and how he has related his life and experiences in songs he writes to others.

“It felt really good to listen to country songs whether it be Justin Townes Earle or Alan Jackson and hear somebody relate their life in really straightforward terms.

“My story's a little less rough and tumble, cowboys, horses, all that stuff, but I feel like it still feels like it qualifies as country as long as I’m telling relatable stories.

“It was just fun to be able to make music and not have to think about it too much this summer and I’m really excited to get this next album out, too. This was just a fun thing to do in the meantime.”

“Hot & Heavy-Handed” will be out on Friday on all online music stores as well as on Opatz’s website.

The Rolling Stones discuss if 2021 tour will be their last

Izaak Opatz, 33, will release his album "Hot & Heavy-Handed" on Dec. 11, featuring covers of Clint Black, Mark Chestnutt and Dierks Bentley alongside a few original tracks of his own.

The album features country tracks recreated with indie rock style. "It just seemed like a good time to do this," Opatz said, "something fun and something that we could do remotely."

Opatz recorded vocals and rhythm guitar in Missoula and send the songs to his friends in Los Angeles to be mixed.