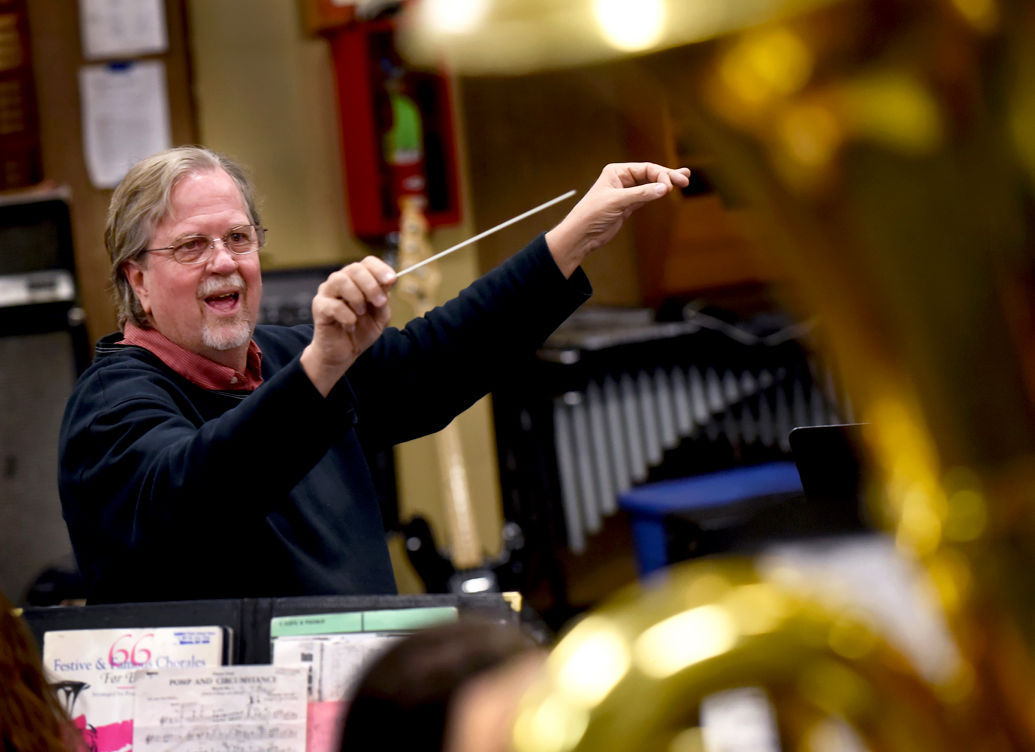 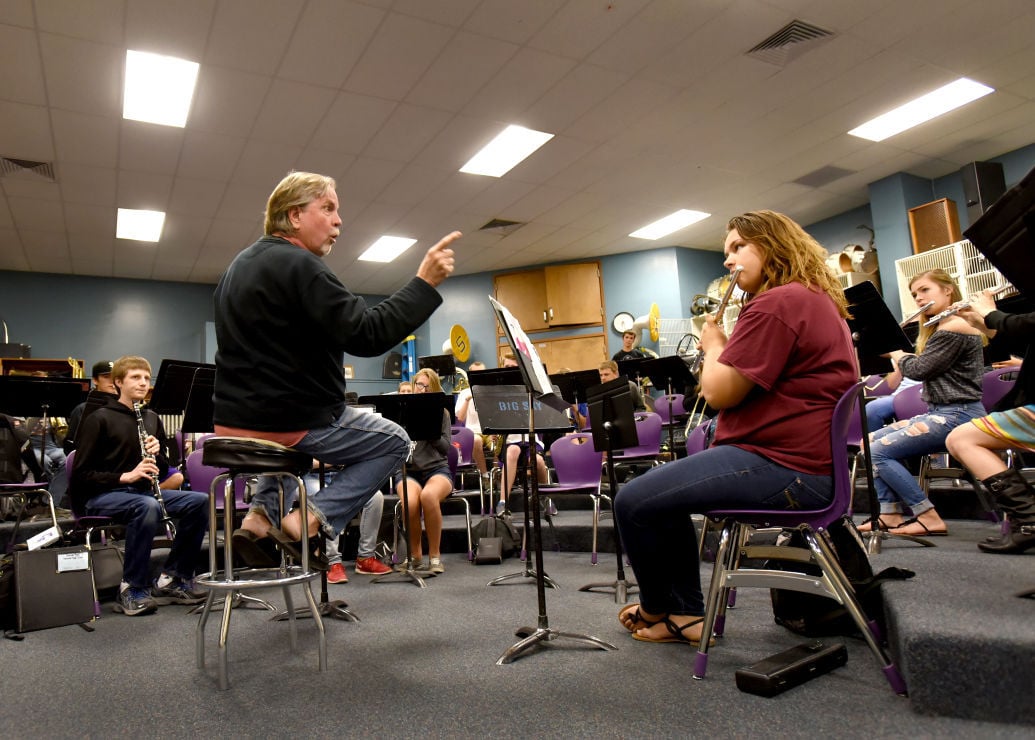 Gary Gillett's going to keep making music. He jokes that his day will no longer be divided up by the ringing of bells in high school hallways.

Gillett, the chair of the music department at Sentinel High School, is retiring after almost 30 years with Missoula County Public Schools and 41 years teaching in total. After one more week with some of his younger students, he'll focus exclusively on his myriad extracurricular musical activities.

"I retire on Friday and come back to the same place on Monday to have a rehearsal with the city band," he said.

That's the Missoula City Band, which he directs every Wednesday at Bonner Park from mid-June through August. He also has regular gigs with the Ed Norton Big Band at the Missoula Winery, and the annual Tuba Christmas concert.

At Sentinel, meanwhile, Gillett teaches the marching, symphony and jazz bands, plus an extracurricular pep band.

Over the years, he's seen the students come in as green freshmen and depart as seniors.

"Just about the time they graduate, they start acting like real people," he said with a laugh. "It seems like such a shame when they move on," having matured as musicians and individuals.

And, he added, if they haven't improved as musicians, then he hasn't been doing his job.

He sees many of them return to playing with the city band, after they've finished college, raised families and settled in.

"I can't walk down the street without seeing somebody I know," he said.

One of those students-turned-professionals is Allie Powell, from the Sentinel class of 2007.

"He was the most important teacher I had in high school, hands down," she said.

She played in Gillett's bands in all four years of high school, plus in city band going back earlier than that.

She said he's a caring instructor who was able to reach even students who "didn't excel elsewhere."

He had "inside jokes with literally every student who walked through the door," she said.

They learned a wide variety of music: fun, serious, challenging and some that the students might find unusual.

Powell's main instrument is clarinet, except for jazz band, where she played tenor sax. She remembers that during the Buddy DeFranco Jazz Festival, some school band directors would go sit with the other adults during the concerts.

Gillett, however, would sit with his band, and give them commentary and insights on what he was hearing throughout the show.

"It was his ensemble, it was his group of students and he really was a part of that with us," she said.

The mix of passion and musical integrity helped inspire her to pursue the arts after high school.

Powell now teaches at a private primary school and as an adjunct in woodwinds at Adam State University in Alamosa, Colorado.

Gillett grew up in the Detroit area, and attended the University of Michigan for his undergraduate music degree. The school maintained a conservatory approach, and he learned classical on trombone, his main instrument. (Detroit being Detroit, he knew his Motown, too.)

Newly graduated and married, Gillett took a job at Owyhee, Nevada, where the superintendent also was a Big 10 alum.

After four years, he and his wife were looking to start a family and didn't think they were in the right place.

"Most everything that's illegal and immoral was sanctioned in Nevada," he said.

He stayed there for eight years, after which a retirement opened a spot at Sentinel, closer to his home in the South Hills.

First, he had to check with his son to see if he was OK taking classes from his father, Gillett began a 29-year stint at Sentinel.

Gillett didn't get serious about jazz until he was earning his master's in music education at the University of Montana, and studied with Lance Boyd.

The trombone's pitch is dependent on manipulating a slide instead of buttons or pads, which can make the instrument more difficult to play smoothly.

"Our musicianship is always on the line any time we pick the damn thing up," he said.

He also picked up the tuba, probably 30 years ago, to advocate for the importance of the instrument.

"A band without a tuba might as well go home," he said.

He organizes the annual Tuba Christmas concerts, in which a hundred-some tuba players perform in the Southgate Mall, and is bringing a regional tuba gathering here this summer.

Gillett's also involved with the Harvey Phillips Northwest Big Brass Bash, a gathering of tuba and euphonium players from around the Northwest and Canada. It changes location, and this year Missoula is the site on July 9-10, along with a concert for the public on July 10.

Despite any preconceptions, the sound of a group of tuba and euphonium players together can be as gentle as any other instrument.

By fall, once city band is done for the season and Gillett has helped his replacement with turnover, he expects the retirement will fully sink in.

Teachers in general and music teachers in particular usually don't last as long as he has, he said, a run for which he feels fortunate.

"It's all I've done, which has been just fine. It's been my choice," he said.

Come Friday, the Clay Studio of Missoula will finally have room to spread out.

After Karen McAlister Shimoda moved from Missoula to Portland, Oregon, in 2014, she became infatuated with the lush urban canopy, calling it t…

Most songwriters haven't submitted their lyrics to a wildlife expert for vetting.

It must be spring if the roots music is back in the woods.

Movie review: ‘The Lobster’ finds Colin Farrell vs. the clock in surreal quest for a mate

A long way from Tinder, the entrancingly strange black comedy “The Lobster” imagines single life not as an array of swipe-right options, but r…

An exhibition of Frederick Remington's engravings for Harper's Weekly shows off wood engraving at its prime of commercial use. Next door at th…

LOLO – There are no wallflowers when accordions are present.

To the listening public, there's perhaps no bigger stage than Jazz at Lincoln Center, and no more popular figure than Wynton Marsalis.

This must have been what Les Brown had in mind in the 1940s.

In 1865, the Missoula City Band formed under the leadership of John Barnicort.