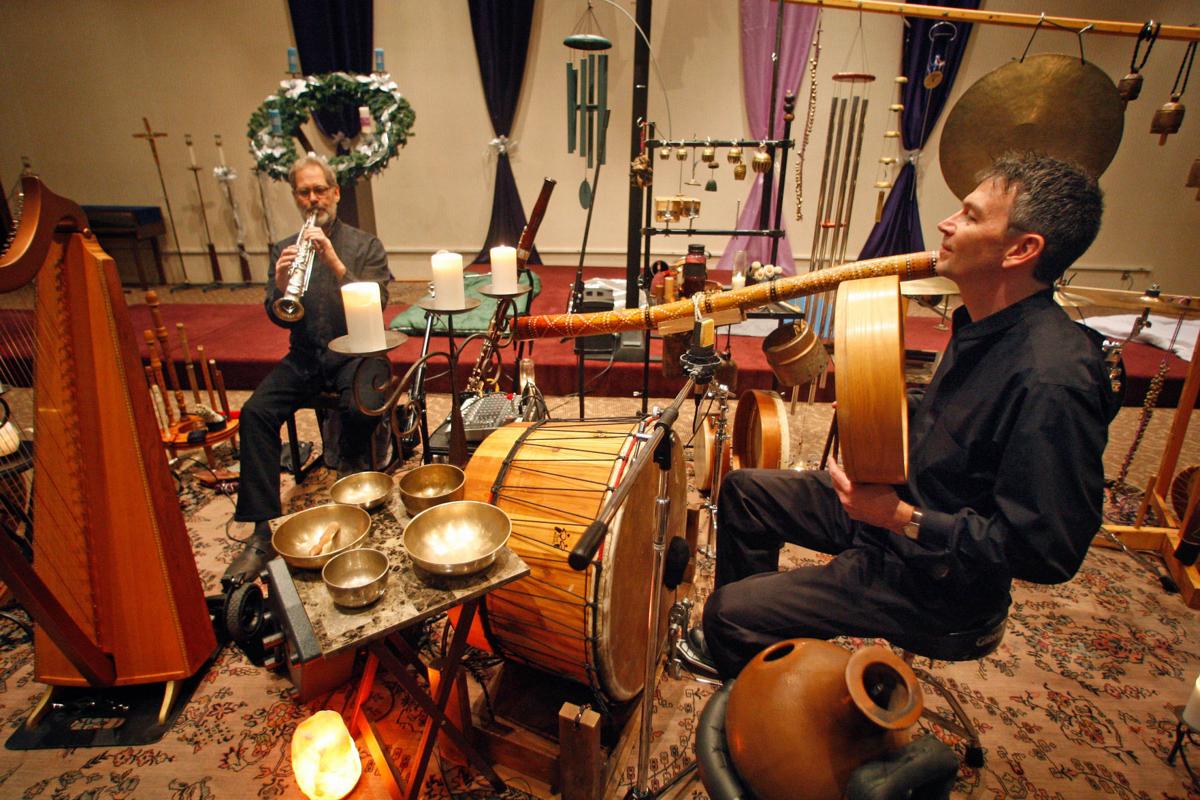 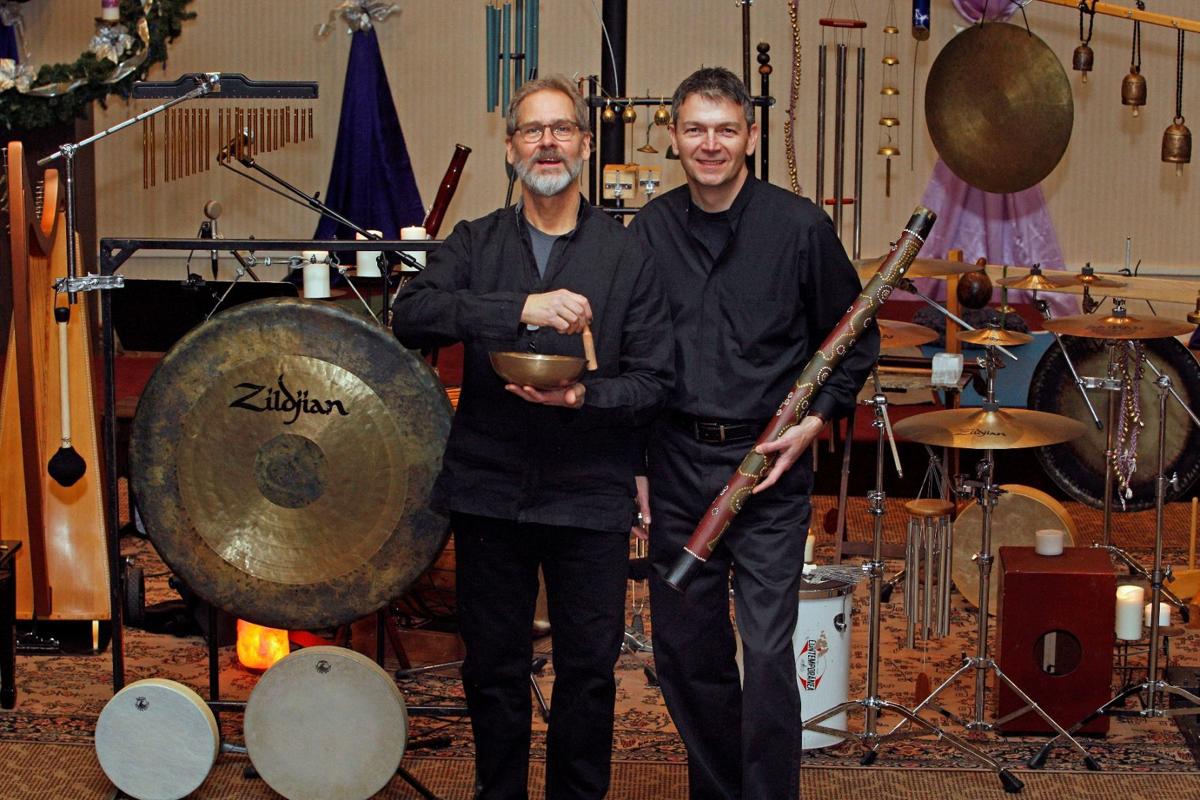 Michael Marsolek and Lawrence Duncan, of the Drum Brothers and Dolce Canto, are presenting their annual holiday concert, “A Musical Dreamtime Journey."

Michael Marsolek and Lawrence Duncan, of the Drum Brothers and Dolce Canto, are presenting their annual holiday concert, “A Musical Dreamtime Journey."

Local musicians are providing a space to reflect and celebrate the season to the sounds of instruments from across the globe.

“A Musical Dreamtime Journey,” put on by Michael Marsolek and Lawrence Duncan of the Drum Brothers and Dolce Canto, will feature didgeridoos, flutes, bassoon, saxophones, the harp, Tibetan bowls and more, all played by candlelight on Friday, Dec. 20, at St. Anthony Catholic Parish in Missoula.

The annual holiday concert started 20 years ago as a way for Marsolek and Duncan to collaborate and make music using instruments from other cultures and traditions that don’t get as much of a chance to shine in their other groups. They also wanted to create a performance where you could experience the music rather than just listen to it.

“We invited people to just come and bring blankets and pillows and get comfortable,” Marsolek said. “How you experience music is different when your eyes are closed and you’re very comfortable.”

He compares it to listening to music with your headphones on and eyes closed and being able to get lost in the tones and sounds — except you’re in a room with other people at a live concert.

While some come for the unique instrumentation, the performance has become a December tradition for those who are trying to escape the hustle and bustle of the holidays.

“It’s the idea of trying to cultivate a chance to slow down with intention and find a peaceful quiet time during what is arguably one of the most frenetic times of year for people,” Marsolek said.

He's looking forward to playing the Udu drum, a clay pot instrument from Nigeria that's mic'd on both the inside and outside.

"There's an ethereal water-like quality to it, and it creates so many different tones," he said.

The duo has a road map for the show, but nearly all of the music throughout is improvised — which Marsolek and Duncan prefer.

“I find myself in the middle of a show surrounded by all of these instruments and the freedom to play what I want,” he said, adding that he and Duncan see the concert as an annual ritual.

“We often have what I would describe as a profound experience musically as well,” he said. “It’s something we do as a labor of love.”

This year’s Missoula show features special guest appearances by local musicians Lindsey Stormo and Mandela van Eeden. Stormo is a vocalist and ukulele player musically known as Bells From Linden. Van Eeden has played the didgeridoo since she was a child and hosts "The Trail Less Traveled" radio show.

Tickets cost $15 for general admission and $20 at the door. The concert begins at 7 p.m. at St. Anthony Catholic Parish.

"A Musical Dreamtime Journey" begins 7 p.m. Friday, Dec. 20, at St. Anthony Catholic Parish. Tickets cost $15 for general admission and $20 at the door. They can be purchased in advance at musicaldreamtimejourney.brownpapertickets.com.

For comfort, attendees are encouraged to bring pillows, pads and blankets. Chairs will also be available for those who need them. The event is for adults and children age 10 and older.