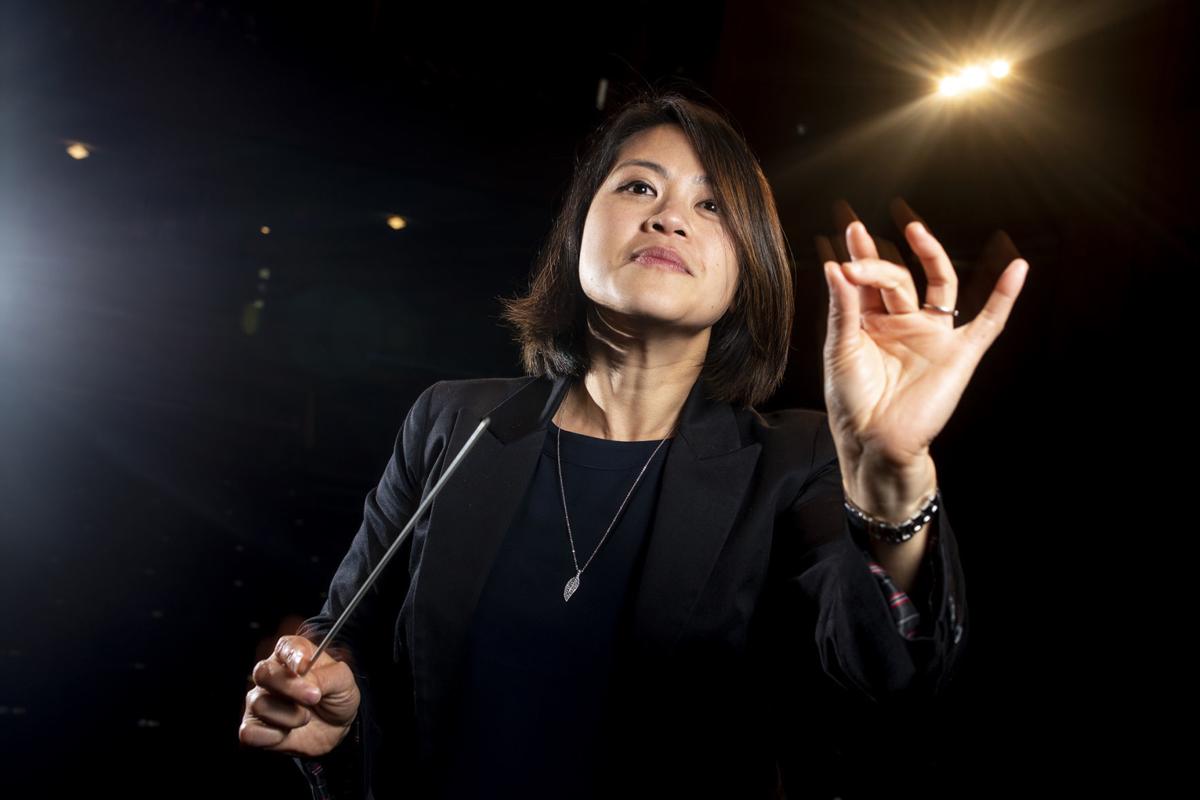 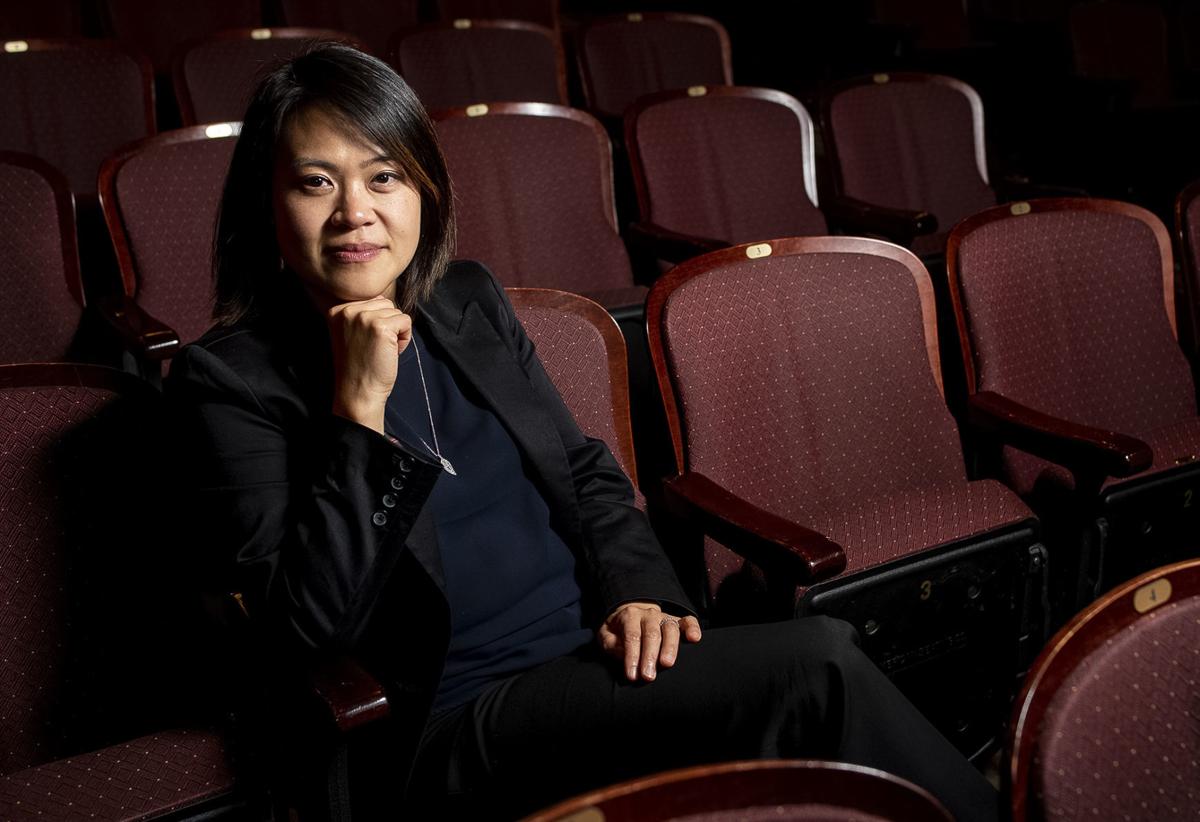 Tai will conduct the performances of MSO at Dennison Theatre Saturday and Sunday.

Tai will conduct the performances of MSO at Dennison Theatre Saturday and Sunday.

Julia Tai thinks a symphony's music director can help make connections, whether you're talking about music or audiences.

"I think as a conductor I see that as my role, to be the bridge between the music and people, between the performers and the listeners," she said.

All that study and rehearsals are only part of the job.

"The other half is going out to build connections in the community and see how the symphony can be a part of this community and not just be in an isolated hall," she said.

Tai is one of five finalists to be the new music conductor for the Missoula Symphony Orchestra and Chorale, a job vacated by Darko Butorac after about 10 years.

Since 2001, the Seattle resident has served as the music director of Philharmonia Northwest, a chamber orchestra with about 45 members. She also co-founded and is co-director of the Seattle Modern Orchestra, which performs and commissions new works by living composers.

The conducting world is small, and so she knew Butorac since they were students. "He said great things about the symphony, so I decided to apply," she said.

She's looking forward to the chance to play larger repertoire pieces, like the Romantics, that the Philharmonia can't because of its size. She also brings a background that includes new music development and collaborations with visual artists and dance companies.

Tai was born in Taipei, Taiwan, and began studying violin when she was only 4 1/2. She attended music school from age 9 through the end of high school. For college, she headed to Los Angeles to attend the University of Southern California's Thornton School of Music. She earned her bachelor's and master's degrees in music there, and followed them up with a doctorate from the University of Washington in orchestral conducting.

She said she has "an interesting background musically." She started out on violin, then studied piano as well, then became interested in opera in her teens and sang in productions, where she also enjoyed the theatrical part of opera.

Conducting seemed as though it could encompass all those interests.

"I felt like I could really use both my instrumental background and vocal background to bring people together," she said.

Tai likes "mixing things up" in her concert selections. "I like programming a little bit of new, a little bit of old, so you get to hear old pieces with fresh ears," she said.

When she's planning a season's worth of concerts , she'd want to "have a little bit of something for everyone," meaning diversity in countries, backgrounds, gender, age and more.

For her concert here with the MSO, she decided on an all-American program. Two composers are well-known and well-loved: Leonard Bernstein, with Three Dance Episodes from "On the Town," and George Gershwin, with Piano Concerto in F. The wild card is Gaelic Symphony No. 2 by Amy Beach, the first published and successful female composer.

"She composed this beautiful Romantic piece that was an answer to Dvorak's call to American composers, saying you have to find your own voice to really compose the American music," she said.

You can expect interwoven folk songs, woodwinds that imitate bagpipes, and English horn solos that represent the countryside, she said.

The work, premiered in 1896, gained some popularity but then faded from the repertory.

"I'm excited to bring it back, and probably for a lot of people it's the first time they heard the piece," she said.

She's passionate about living composers, too, part of the reason she co-founded the Seattle Modern Orchestra.

"That ensemble is dedicated to really present what is being written now, and people will write things that really correspond to the time we're in," she said. As an example, she mentioned Wang Lu's "Cloud Intimacy," which relates to how human relationships are mediated through technology.

These composers need support from orchestras, too.

"The reason we have Beethoven and all these masterworks is because we have patrons to come in and commission those works, so I do feel a kind of responsibility as a musician to continue the course of music history and not just stop at 200, 100 years ago," she said.

She's passionate about Mahler (all conductors are, she said), Wagner and Strauss, along with newer composers such as Astor Piazzolla of Argentina. She likes the idea of bringing diverse guest soloists — the Philharmonia co-commissioned Dorothy Chang's "Gateways," a double concerto for piano and erhu, a Chinese string instrument.

If hired for the Missoula post, she would like to work with a visual artist colleague who produces live, reactive video projections. The Seattle Symphony, which she has guest conducted, has found success reaching different audiences by playing live scores to "Star Wars" or "Lord of the Rings" films.

One of the MSO's most popular events is the Symphony in the Park, which frequently features film music. She knows composers who write videogame scores, which could be another bridge to younger listeners.

"People are actually exposed to a lot of orchestral music, they just don't know. They just may not be thinking about it when they're playing videogames, but they know the sound," she said.

In the competitive performing arts world in Seattle, she said she's found success by partnering with other groups. She's worked with youth groups and theater and dance companies.

"Every field seems to be working with their own world, and I think reaching out and talking to people and find ways to collaborate would be awesome," she said.

She's also interested in ways that orchestras around the country and the world leave the concert hall to connect with audiences through street concerts or performances in breweries or libraries, or trying different formats like shorter or more informal concerts.

"There are all different ways of presenting the art form that could make people feel more connected with each other," she said.

The Missoula Symphony Orchestra and music director finalist Julia Tai will perform this weekend at the Dennison Theatre at the University of Montana.

Bernstein - Three Dance Episodes from On the Town