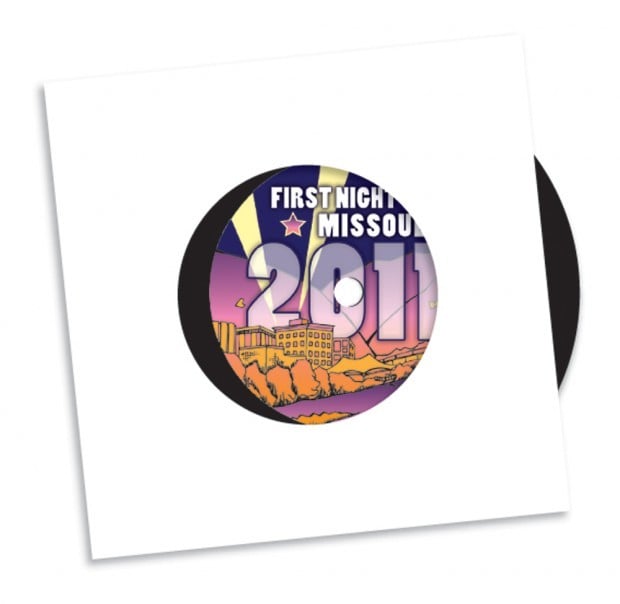 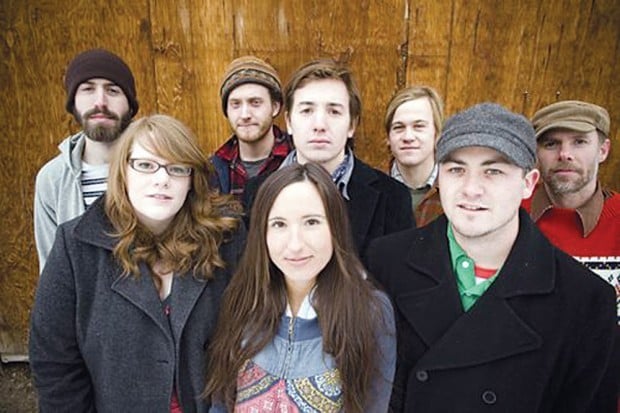 Folk-rock band Wartime Blues will ring in the new year and close out Missoula's First Night festivities at the Wilma Theatre. Courtesy photo 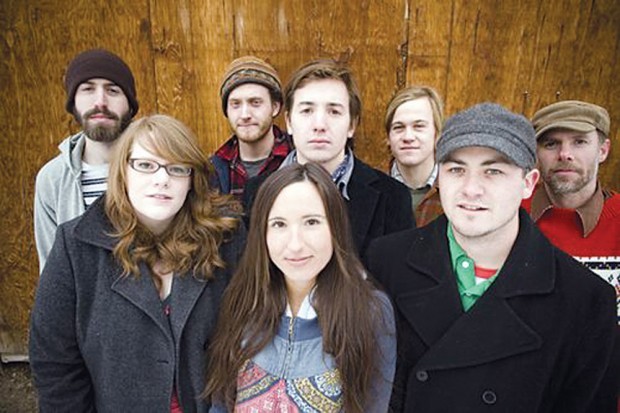 By JOE NICKELL of the Missoulian

While First Night celebrations continue to dwindle around the country, Missoula's annual alcohol-free celebration of community and culture is soaring to new heights - literally. At 6:30 tonight, eye-popping proof of Missoula's thriving and ever-evolving artistic scene takes the stage of the Wilma Theater, when local aerialist Raven Sankey presents her first-ever performance as part of First Night Missoula.

Employing ropes, fabric, and hoops, Sankey will take flight high above the stage as a troupe of fan dancers and solo acrobats perform below. Think Cirque du Soleil, Missoula-style.

"That will definitely be something new for this year," said Debby Florence, program director at the Missoula Cultural Council and the primary organizer of this year's First Night festivities. "It should be an exciting twist for this year's program."

Twisting overhead, turning en pointe, carving ice and rocking guitars: This year's slate of First Night performers offers as broad a sampling as ever of local performing arts, said Florence, a local artist herself who is now in her second year organizing the annual New Year's Eve festival.

"I really made an effort this year to try and attract new groups to the application process early on, so we ended up with a lot of newer acts combined with the traditional ones that everyone likes," said Florence.

Now in its 17th year, Missoula's First Night celebration was inspired by similar events held across the country and around the world, all of which ultimately trace their roots to an event held on the last day of the year in Boston, in 1976. By the turn of the new millennium, First Night celebrations were being held in scores of cities around the country, including Kalispell, Great Falls, Spokane, and Sheridan, Wyo. - all of which cities credited the success of First Night Missoula with their own inspiration.

The common premise of these events: Bring together the local community with local performers to ring in the New Year, sans alcohol. Or, as the non-profit organization First Night USA puts it, "organizers share a commitment to promoting the performing and visual arts as catalysts for unifying their citizens on New Year's Eve (and beyond) through creativity, imagination and participation."

Despite those noble goals, in recent years - and particularly since the onset of the current economic recession - many First Night celebrations have gone by the wayside. This year alone, numerous longstanding celebrations, including those in Austin, Texas, Tucson, Ariz., and Wilmington, Del., were cancelled due to fundraising shortfalls.

In our own neck of the woods, First Night Flathead celebrates its 12th birthday this year, with events scheduled at 14 venues around Kalispell (see www.firstnightflathead.org for information). Spokane's celebration remains a fixture as well.

Given the shaky economy and troubled fortunes of similar events elsewhere, Florence said she was gratified to realize relatively early this year that Missoula's First Night celebration would move forward.

"We base our next year's budget on the previous year's fundraising, and we felt early on that we had enough to go on this year, so we were able to start planning early," she said. "It's definitely lower (funding) than in previous years, so we're always looking for ways to raise that back up, because we pay our artists.

"That's one of the reasons we feel First Night remains important," added Florence. "It's a way to celebrate the New Year and showcase the performing arts that we have in the area, while also supporting those artists. For that sense of community, it's uplifting and really meaningful to a lot of people."

With events scheduled at 30 different venues around Missoula - including Southgate Mall, the University of Montana, and numerous locations downtown - this year's First Night schedule is packed with acts both familiar and surprising.

That diversity is apparent from the first events of the day to the last. Activities officially kick off at 11 a.m., when the Currents Aquatic Center opens its doors for free swimming (for those with a First Night button). An hour later, kids activities begin at Southgate Mall and the University of Montana, with intriguing program titles such as "Incredible Edible Bugs" and the "Mr. G Science Show."

At the other end of the day, two traditional musical acts - the Ed Norton Big Band and the Drum Brothers - will join two new-to-First-Night acts - the folk-rock band Wartime Blues and swing group City Slickers - to ring in the New Year and close out the day's festivities.

"I'm personally pretty excited about adding Wartime Blues, because we haven't really had a band like that performing at the end of the night in the past," said Florence, noting that the band has become quite popular among Missoula's 20-something set. "It should offer something new for a new audience."

Attendance at First Night events requires a $15 button; children 7 and under can attend all events for free. Buttons can be had at First Night Command Central, located at 125 E. Main. Anyone wishing to attend First Night Star, the teen singing competition held at the Wilma Theatre from 8-10 p.m., must purchase an additional ticket specific to that event; those tickets are $3.

Folk-rock band Wartime Blues will ring in the new year and close out Missoula's First Night festivities at the Wilma Theatre. Courtesy photo