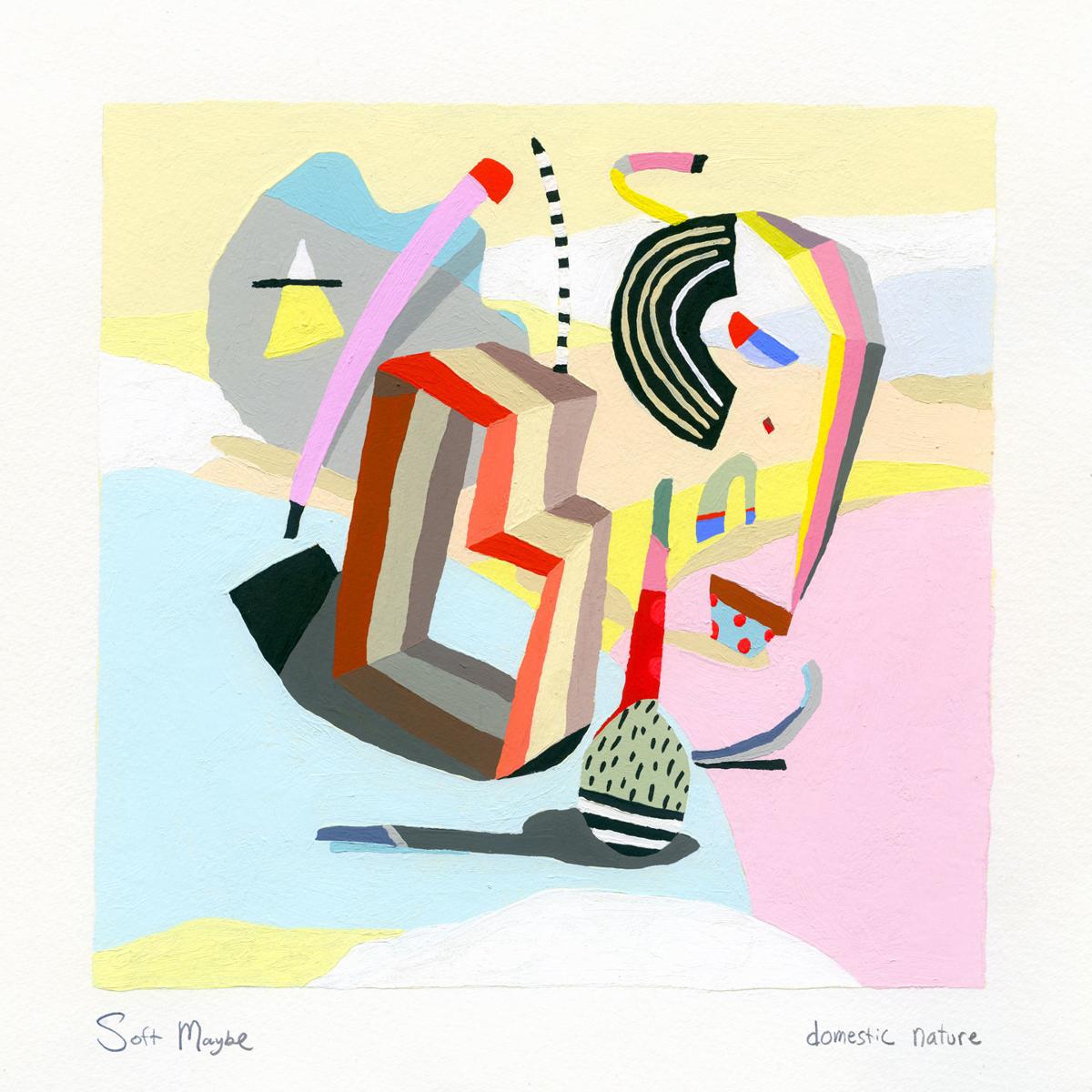 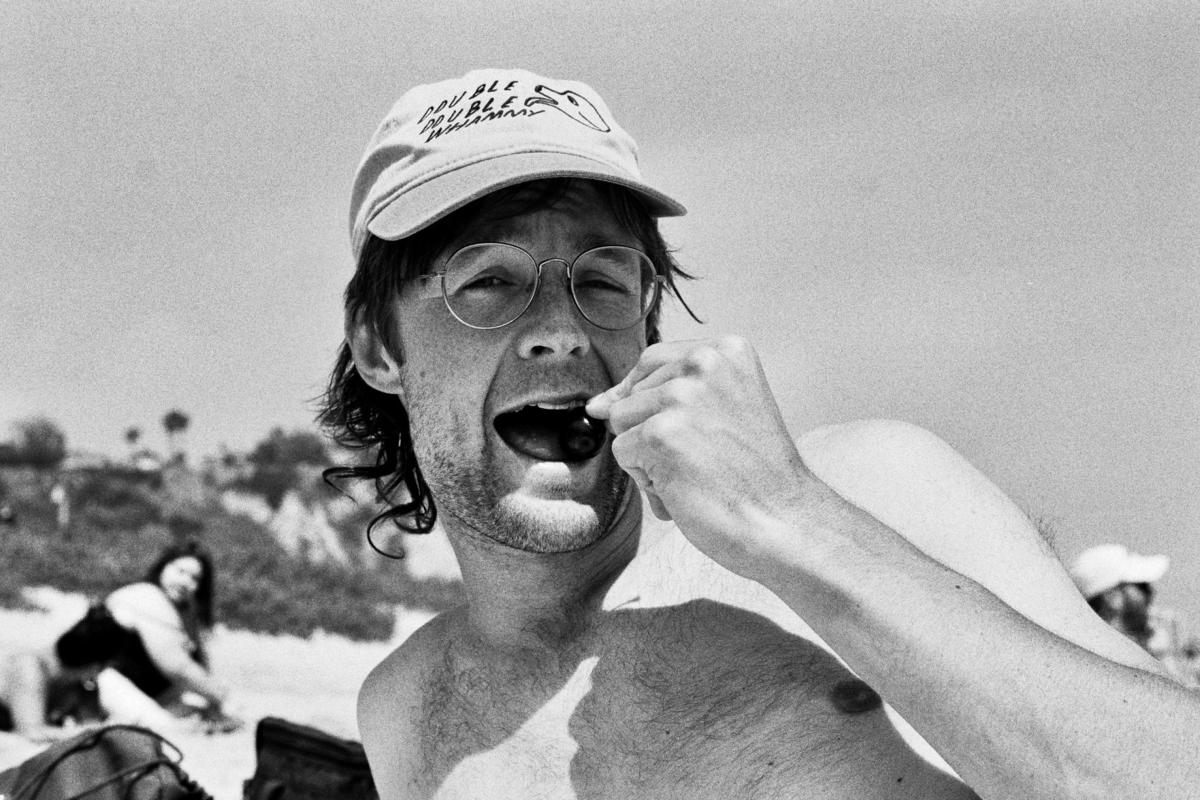 Soft Maybe is a solo project by Sanders Smith of local band Wrinkles.

Soft Maybe is a solo project by Sanders Smith of local band Wrinkles.

Sanders Smith, a 27-year-old guitarist and songwriter, said the music on his new project, Soft Maybe, is about "smaller moments."

Walks in the rain, TV in bed, nights in instead of going out, dripping faucets, and mid-20s listlessness are all set to mostly upbeat music that he wrote for the album, "Domestic Nature."

Smith plays guitar with Wrinkles, another Missoula-Helena band that's put out two solid full-length albums, and wrote these tunes on his own.

They were a little too jazzy for that post-punk-leaning band, or didn't quite fit, and he began constructing full songs out of them. The rhythm guitars are most often undistorted and groovy, and many choruses are accented with harmonized guitar lines.

Smith, who decided to sing all the vocals himself, is a plainspoken narrator in a very Northwest, K Records indie rock way that reads less as an affectation than an indicator of authenticity.

The album is very much a bedroom-recording project — Smith wrote all the songs and plays all the parts except for some of the keyboards and all of the drum tracks, which were played by musician Lukas Phelan. Technically, they were recorded by Phelan in his living room. In the case of "Domestic Nature," you can almost hear the bedhead.

Subjects include the pleasures of staying in for the night. In "Lost and Found," he sings about laying on the floor and listening to records instead, and ignoring your phone. In that song, he savors the quiet. In "House Sounds," the narrator is lonely and haunted by a break-up and alone in an apartment that sounds like a University District rental: brick building, cracked plaster walls, old wooden floors, windows oriented to lose light in the afternoon, a dripping sink. In "Try Again," someone contemplates their stunted ambitions, eating pasta at 2 in the afternoon and watching Netflix.

Elsewhere, cheap red wine, "golden leaves glued to the sidewalk," and dead-end day jobs make appearances. By album's end ("Looking Down"), he's "deleted all my accounts/we'll see to what that amounts/but for the moment I feel free and happy," only to learn he missed a good show 'cause he didn't get an invite.

There's a charming specificity to all this, although he says he avoided name-checking Missoula places.

"I don't think I talk about Missoula specifically too much, but I think there's a lot that someone living here would hopefully pick up on," he said.

On "Crusin'," he and his partner catch a sunny day after several weeks of June rain and head on a road trip "in a Subie," on to find the "check engine light is on, it's OK we can just fix it Monday, and keep crusin' along." (Halfway through, his partner contemplates moving out of town, yet another college-town recurrence.)

He and his Wrinkles bandmate Jon Cardiello started Anything Bagel Records, a do-it-yourself label. Rather than unceremoniously posting their work on Bandcamp, they treat the albums with old-school flair — limited run CDs and cassettes.

They go above and beyond the typical plastic case with an insert. He and Cardiello made a three-color screenprint for each CD that they hand-glued to the sleeves while watching action movies.

Smith said they "put an absurd amount of time" into the process, considering how little they charge.

Soft Maybe will have an album release show on Saturday, Dec. 7, at Western Cider with Proper Swans. The music starts at 8 p.m. Head over at 6 to see an art show, "All that Glitters," by Zoë and Lukas Phelan.

Missoula Symphony Orchestra and Chorale will stick together for Holiday Pops

Tickets are going fast for Missoula Symphony Orchestra and Chorale’s Holiday Pops concert, a tradition for Missoulians looking to get into the…