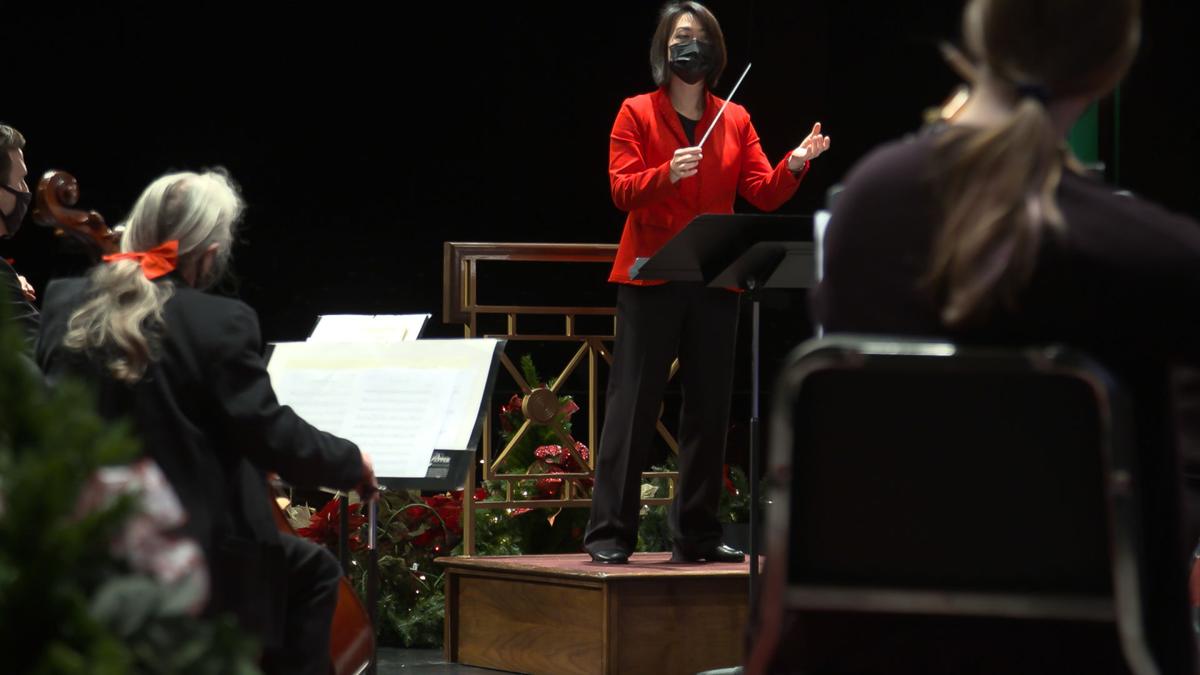 The MSO's new music director, Julia Tai, led several of the small combos in her first official concert since she was hired earlier this year. 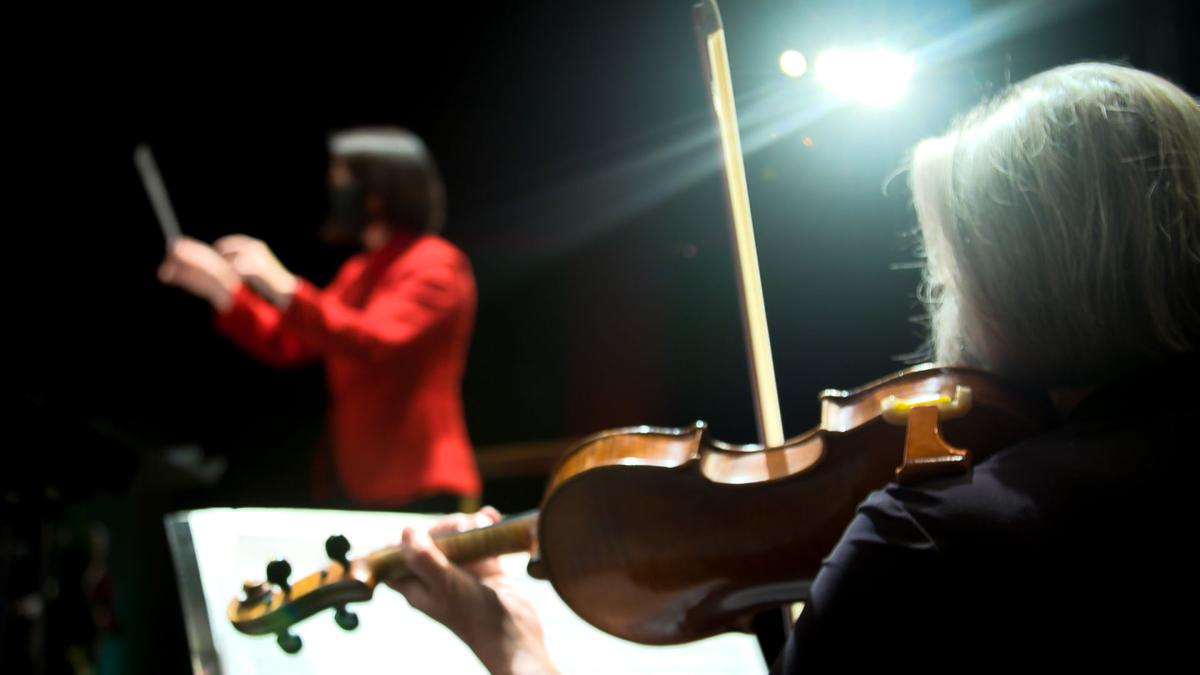 The Missoula Symphony Orchestra and Chorale's Holiday Pops concert was recorded with small ensembles in different parts of the Dennison Theatre at the University of Montana.

"Holiday Pops!" will give home viewers a virtual tour of parts of the Dennison Theatre, the Missoula Symphony Orchestra and Chorale’s home venue, this Friday and Sunday.

For the annual concert, among the symphony’s most popular of its season, they broke down the full orchestra into smaller ensembles and recorded seasonal tunes in different parts of the building.

For instance, the woodwind quintet was in the rotunda, the strings were on stage. Ten members of the Montana Suzuki Institute spaced out in the audience seats.

The chorale will perform as well, although their portion required some technological workarounds. (More on that later.)

“It shows the strength of the organization to continue and persist during this difficult time, and they really want to bring some beautiful Christmas music to cheer people up,” said incoming music director Julia Tai.

The musicians developed most of the program themselves, as Tai’s hiring was just announced in October, and she’s currently leading organizations in Seattle as well.

She came to town to lead several compositions, though, for her first official show as music director. The concert selections were recorded over two days with Montana PBS bringing in multiple cameras.

“This was the first time that we were back in the theater” in months, she said, and many people hadn't seen each other in some time either.

“It just felt good to get to do something,” Tai said, even if it meant smaller ensembles, multiple takes, and a missing key element, the audience.

While the symphony has recorded and streamed two concerts so far this season, the chorale hasn’t performed publicly since Mozart’s Requiem in early 2020.

For this concert they’ve adopted a “virtual choir” model that most groups around the world are using.

The new method meant a lot of extra work. “What you could accomplish in a two-hour live rehearsal takes a month,” he said.

About 45 members signed up for “this new adventure in singing.” He held Zoom meetings with each of the four sections. Each individual singer worked on their parts and then recorded a video (with holiday concert garb). This too, was different. Peterson said himself and many of the singers are used to hearing themselves as part of a vocal mass, not singled out with small imperfections more obvious. (He spent hours re-recording his parts before he was happy.)

With some technical assists, the videos and audio were combined into a grid much like a very busy Zoom meeting. “It’s going to look kind of cool,” he said.

For one piece, concert-master Margaret Baldridge provided accompaniment on violin against a projected backdrop of the singers.

For another, 12 members of the choir went to the Dennison and donned singers’ masks and spaced out on stage.

It’s all been a learning experience, he said, and a necessary but “different approach.”

This weekend marks a half-way point in the MSO’s season, too. Up next, there’s the February Family Concert. Tai will also lead two more Masterworks concerts to round out the 2020-21 calendar.

The MSO's new music director, Julia Tai, led several of the small combos in her first official concert since she was hired earlier this year.

The Missoula Symphony Orchestra and Chorale's Holiday Pops concert was recorded with small ensembles in different parts of the Dennison Theatre at the University of Montana.