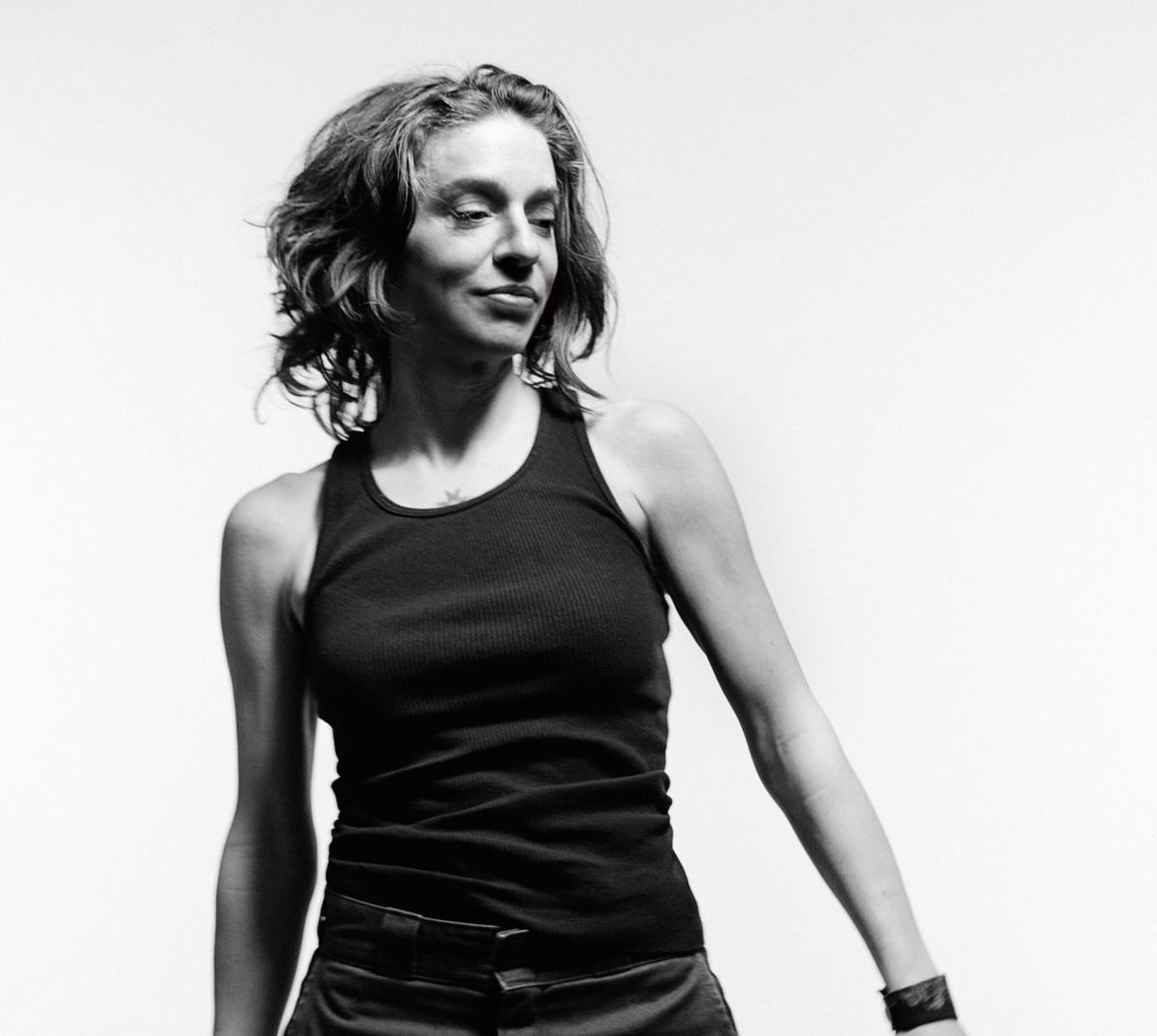 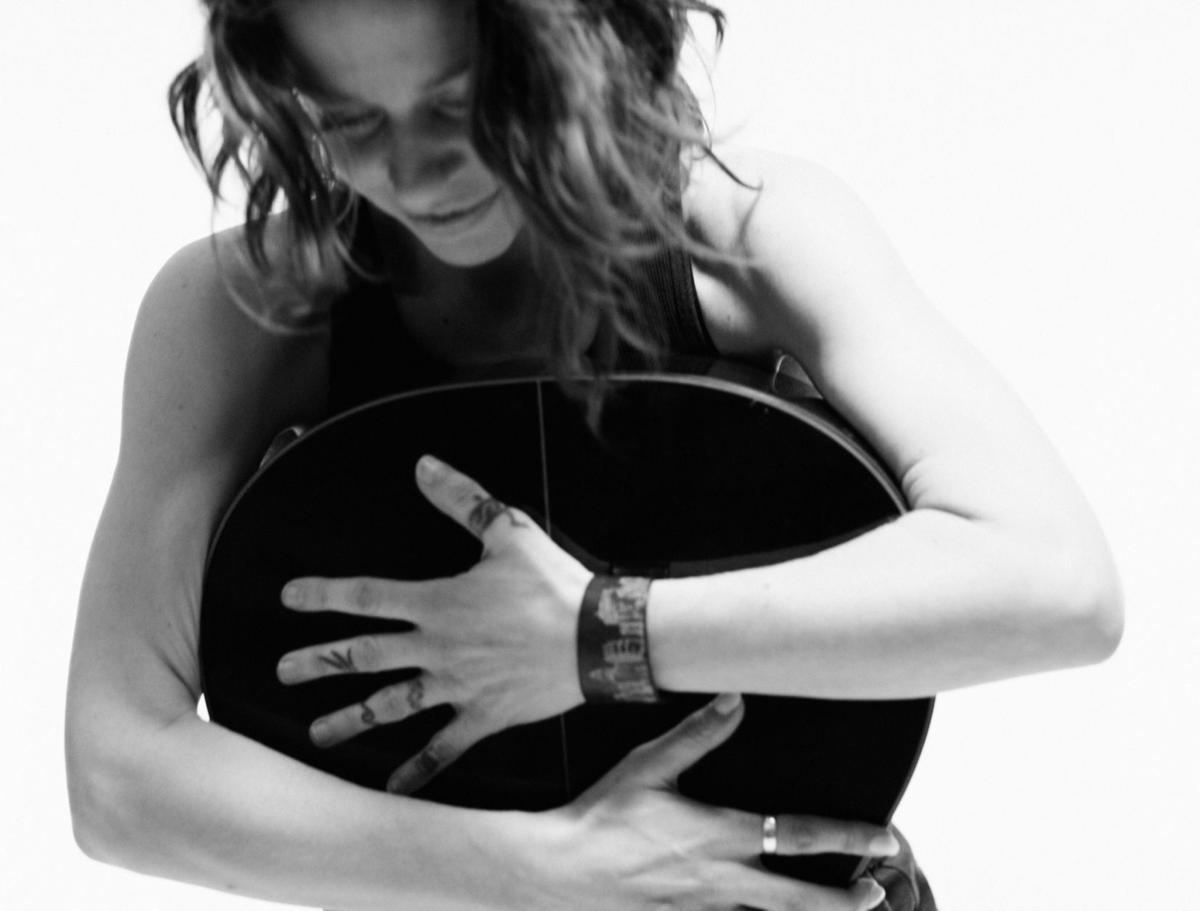 Ani DiFranco grew up in a tiny house without partitions. Though two levels, it was essentially a pair of large, open rooms. Architecturally speaking, it would be described as quaint or even cozy. Yet, her family life, she said, was not warm or personal.

“There were invisible walls everywhere,” said DiFranco of the genesis of her book, “No Walls and the Recurring Dream: A Memoir.”

“Metaphorically, I think, it resonated through my entire life, and music dealt with the tension of intimacy, contact, the vulnerability, and the privacy, and it negotiated it.”

Ani’s father, Dante Americo DiFranco, was an Italian immigrant who loved music and cherished American artists. His love of the American experience of music permeated his daughter’s life, a topic the singer-songwriter reflected on in her new memoir, published in May by Viking.

“Aspects of where your parents are from, who they are, and what they are made of, are so huge. Both of my parents are immigrants in a sense, and were extremely patriotic, like the way you love a gift you were never born into and never take for granted. There was great patriotism in my house. … My parents were grateful to be in a country that they were lucky to be born into. … They didn’t gripe about taxes as an atrocity. They were very patriotic and very aware of their citizenship, and I was very fortunate for those models.”

The matriarch of indie rock said that these memories finally allowed her to narrate her own tale.

“I wouldn’t call the process of writing it easy. At times it felt dire. But the process wasn’t clean or neat or easy, but you just have to deal with it. Now you have a measure of control over your own story. After decades of being defined and described by others, you get to decide which parts of you are in solitary confinement and which to listen to. It was eye-opening to go through the process. It reminds me of the agency which storytelling gives you. There are so many versions of me and so many me’s who could speak, and who could speak from so many opinionated directions.”

At first DiFranco figured that the writing process would require long-range planning, something tightly assembled. Soon she realized that too much stress on time and planning and structural integrity wouldn’t do.

“It became the laptop stationed on the kitchen table, and I jotted down little bits as I could. With momming and touring and dealing with other aspects of life and work, I wrote when I could. I thought that it would sabotage the book altogether not to have the mental space and set time, though I managed to do it.”

DiFranco traced her seminal connection to music to age 9, about the time her parents separated. She was a kid dealing with strife and trouble in her small world, and artistic expression — dancing, painting, singing — became conduits that eased tension out of her mind and body. Armed with these coping skills, her artistic expression soon consolidated exclusively to music.

“Music and art gave me the tools to figure it out and as a kid I could let it all move through me. Music was the key to my survival. I’m grateful for having these things. I’m not going to push my interests on my (two) children, and I want them to find the tools to build these mechanisms themselves.”

One of the country’s sentimental underdogs, the city of Buffalo, New York, colored DiFranco’s journey in countless ways.

“They don’t call them the Great Lakes for nothing. … Lake Erie was once a cesspool and an industrial dumpsite. Now it’s an incredible, fertile and beautiful part of the country. It had character, immigrant character, the rough edges of a working-class steel town, and it was the first stop for so many new Americans.”

At 48, DiFranco has released more than 20 albums, starting her own label, Righteous Babe Records, in 1990. While she has always somehow found new sounds and polished phrases on which to expend her talents, she said that she is more apt these days to let her ideas mature.

“When I was young I couldn’t be slowed down, let alone be stopped, and I was always on a mission. Now that I’ve gotten older, there is less of a hurry in general. I try to change and to make things better. I do have to pace myself; kids were a real body check, literally and figuratively. I was always driven by work and vision. Now I can stay away and I can come back and see it clearer. I take my time a little more, out of necessity, and also newfound patience.”

Her song catalog is weighty, multilayered and disparate. There are songs about her past lives, or about the emotional lives of her relationships, and about the great voyage she had never imagined.

“The records at this point feel like documents of songs along the way and documents of the map of where I was,” said DiFranco.

Despite releasing her first record at age 18, she has never lost touch with the classic model of the American folk singer, the oral historian and weary traveler who gathers people’s history (and sorts through their own) and purveys it live on the circuit. It’s that type of kindred sensation that much of her observations and her art have been built.

“Music is and has always been a social act,” she concluded. “My spleen, my mind and my heart are focused on that. Music is about exchanging energy and ideas. It is still very profound seeing people take the songs deeply into themselves and their lives, and profound when they revel in the songs that they are already possessing. It’s so affirming and that connection is what makes our existence.”

First Friday in Missoula: A Sutton West pop-up, artists in residence, and a plein air demo