Holiday concert season has returned to the Garden City, as choirs of all types are resuming indoor performances. Here’s the lineup of shows happening in the next week — you have your pick between choral groups, jazz combos, busking-themed theater, and more.

“The Way Through” marks the 20th anniversary of the Missoula Community Chorus, which has now joined up with the University of Montana’s choral groups.

This concert features works from a special competition the MCC arranged during spring 2020 when they couldn’t perform — a composition contest open to composers around the world, for pieces written during March through June 2020. Cash prizes were awarded to help writers during a time when performance income was lost. The seven winning pieces will be performed, supplemented by video footage of the composers talking about their experiences.

“The styles and features of the pieces vary, and promise to stun the audience with their beauty, vulnerability, and human connection,” according to an email from Coreen Duffy, director of choral activities at UM and the artistic director of MCC.

The concert is at 7:30 p.m. in the Dennison Theatre. Masks are required indoors at UM at all times. Tickets are $12 general, $8 for students or seniors and $12 for UM faculty/staff at griztix.com.

Holiday Swing with the UM Jazz

Hear jazz classics in person with the return of Holiday Swing, the annual concert from the UM Jazz Program.

At the ZACC Show Room, student and faculty combos, large and small, will play classics in two separate programs.

The guest artist is saxophonist Scott Jeppesen, a professor at Montana State University-Billings. The UCLA graduate lived in Los Angeles and has played with a long list of jazz greats like Maria Schneider, Bobby McFerrin, Burt Bacharach, Dave Brubeck, James Moody and more, according to his website.

The UM Holiday Swing and Swing Set concerts are Saturday, Dec. 11, at the ZACC Show Room. Masks are required indoors when not actively eating or drinking.

Holiday Swing Set: 2 p.m. A 45-minute set for families and younger children with snacks and dancing. Free and open to the public.

Tuba Christmas in the park

The low-end brass will play Christmas carols arranged for a choir of tuba and euphonium players in this annual tradition. It’s outside from noon-1 p.m. at Bonner Park (weather dependent). The ensemble includes pros, students and amateurs.

Dolce Canto, a 20-year-old auditioned choir, is holding its first formal concert since the pandemic. (They performed an outdoors pop-up-style show earlier this fall.)

“Dawn,” billed as a “special concert to lead us from darkness into light,” will include “improvisational, Renaissance and modern pieces,” led by artistic director Yong Mao.

During COVID-19, the choir was able to rehearse together in person and using Jack Trip Foundation software in a virtual studio setup, according to a news release.

“Until the pandemic, virtual rehearsals for a choir did not exist,” Mao said. “We discovered a platform where individual singers in the choir would not meet in person but could contribute their voice over the internet. This allowed for real-time harmonies and a regular choir confab for Dolce Canto’s singers. We are excited to finally put our voices together in person and share the harmonies with the Missoula community.”

The concert is at 7 p.m. in the UM Music Recital Hall. Tickets are $18 general and $10 for students. They’re available at dolcecanto.org.

Masks are required indoors at all times on the UM campus. Seating is limited due to social distancing requirements, according to the news release, and audience members are asked to sit in pods.

The Montana Repertory Theatre is debuting an original holiday piece that it hopes will become an annual tradition. “Hearth: A Yuletide Tale” is a brand-new work with a story and music by Tyson Gerhardt. He and his band, the Recession Special, will perform, along with a cast in a format that’s part-reading, part-musical, according to a news release. The timely plot involves a busker and fellow vagabonds banding together during winter with an idea that could save them, but risks making things more difficult.

It runs Dec. 9-11 at the Montana Theatre in the PAR/TV Center at the University of Montana, and again on Dec. 16-18 at the Show Room in the Zootown Arts Community Center. After each show, there will be talkbacks that Gerhardt and company will use in subsequent performances. Masks are required indoors at all times at UM, and in the ZACC when not actively drinking a beverage.

For tickets, go to montanarep.com. This season, the Rep is using a “pick what you pay” model where people can select their own price to help ensure everyone can attend.

Bell choirs are back

The handbell choirs at First United Methodist and First Presbyterian Church will return for their concert this year as well.

Each group will play three songs on their own, then join up for a few numbers, according to a news release. The lineup includes songs like “Greensleeves,” “Silent Night, “We Three Kings,” “O Come, Emmanuel” and more.

The Treasure State Chorale’s annual concert is one night only, Tuesday, Dec. 14.

The concert will feature songs “showcasing the lighter side of the holidays, with some familiar and some not so familiar music of the season,” with a second half centered on a Nativity theme with music from Austria, Germany, France, Wales, Russia, Italy and the U.S., according to a news release.

It’s at 7 p.m. in St. Anthony’s Church at 217 Tremont St. No admission charge, but there will be a free-will collection to cover the cost of the concert. Doors won’t open until 6:45 p.m.

Buskers, poverty, inequality and mountain music by a local musician all figure into “Hearth: A Yuletide Tale,” a new Montana Repertory Theatre production that they hope to build into an annual tradition.

The year in Missoula music: Local albums from 2021

Here, in alphabetical order, are some of the albums by local groups worth checking out.

Missoula Community Theatre is presenting “You’re a Good Man, Charlie Brown,” from Dec. 10-19 in the MCT Center for the Performing Arts. 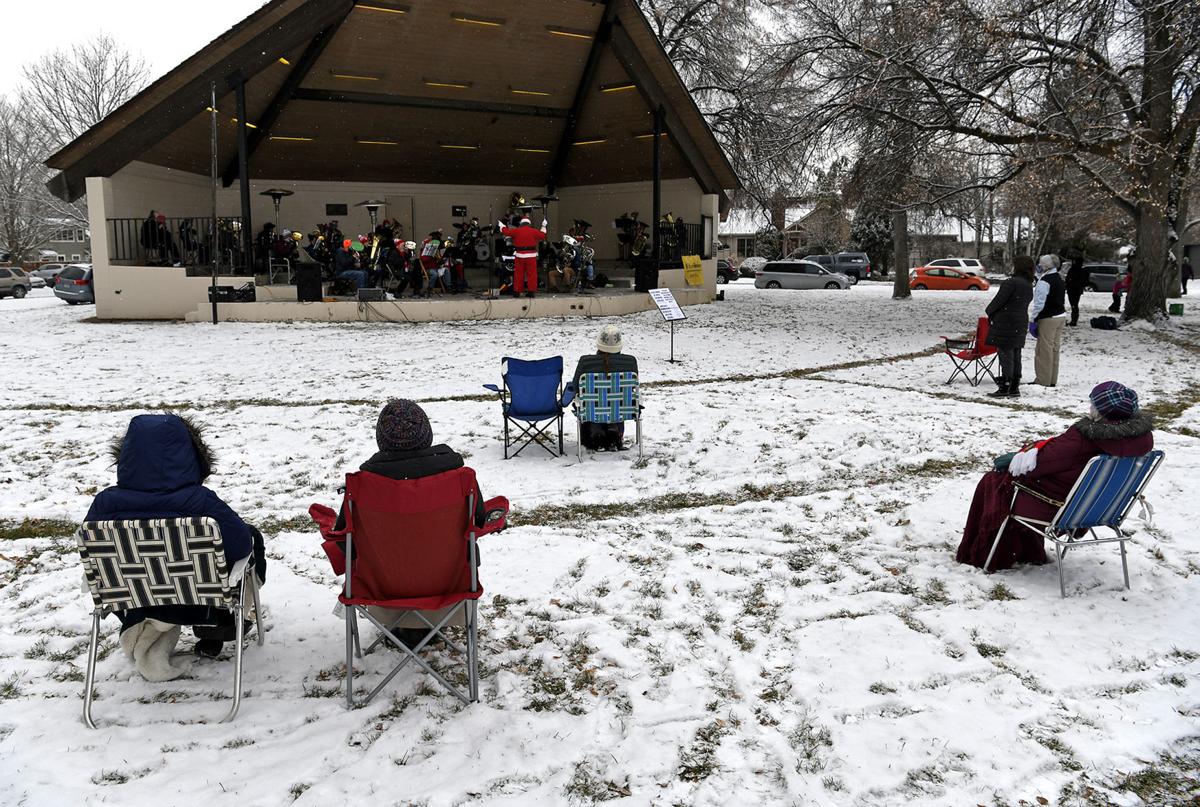 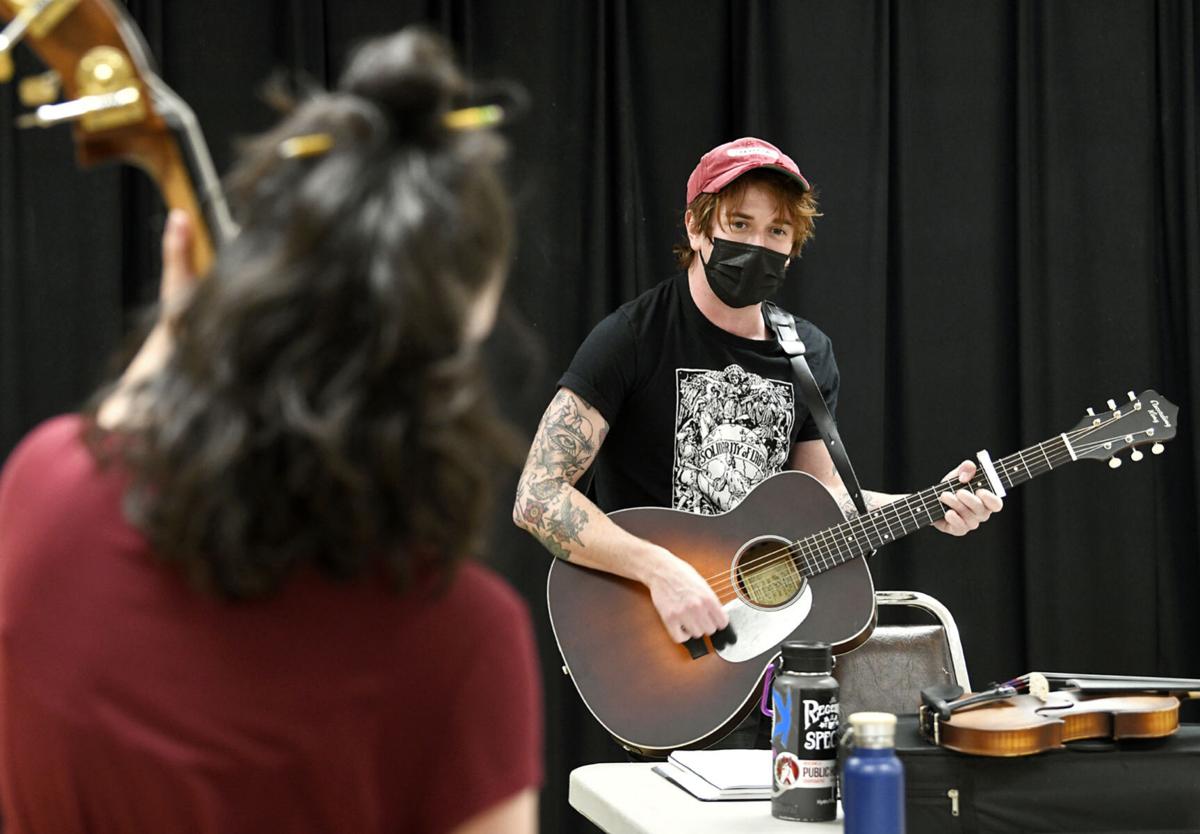 Tyson Gerhardt runs through a musical number that's part of the play he's writing for a new Montana Repertory Theatre production on the University of Montana campus.