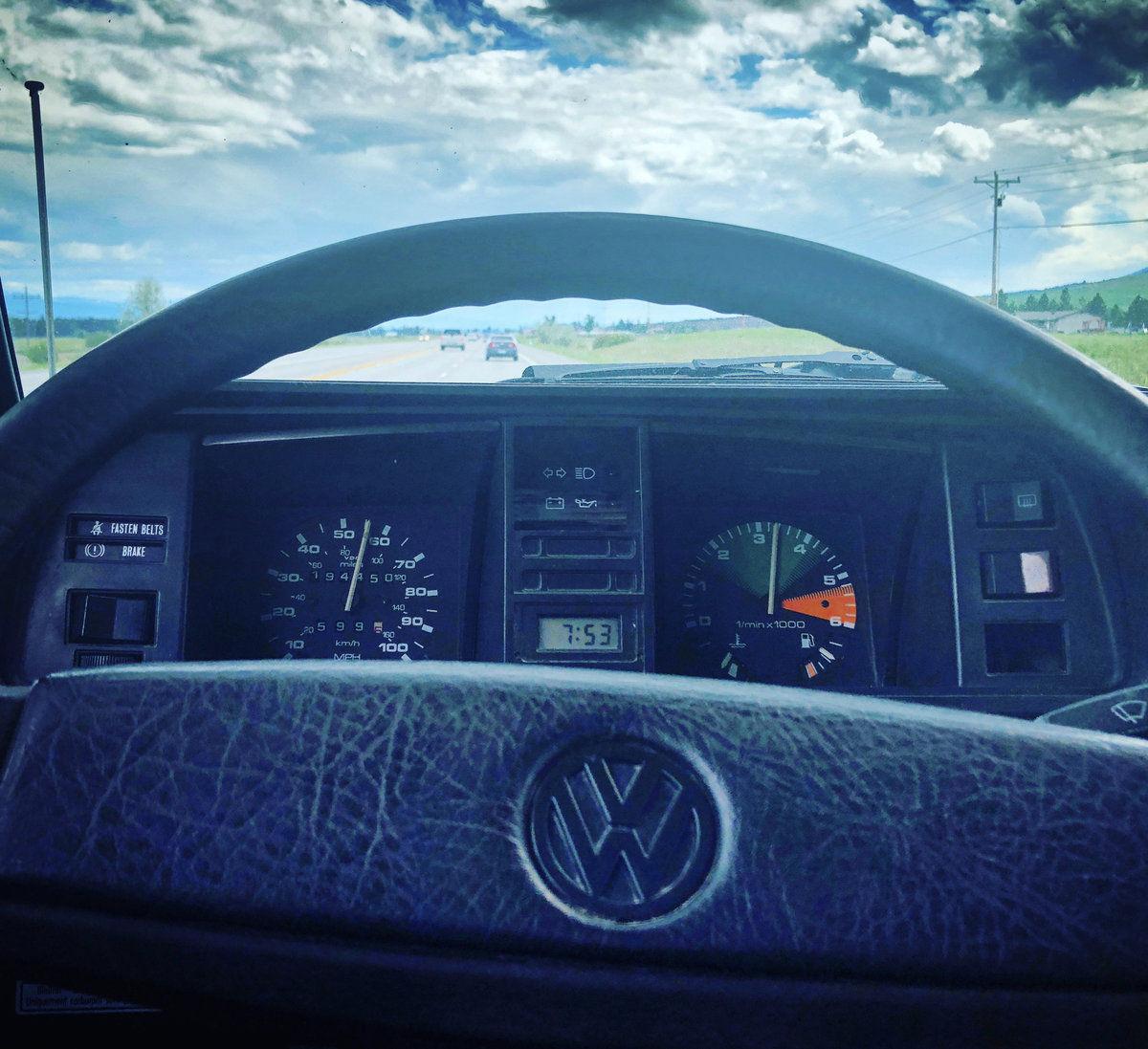 Love is a Dog from Nebraska, "No Excuses." 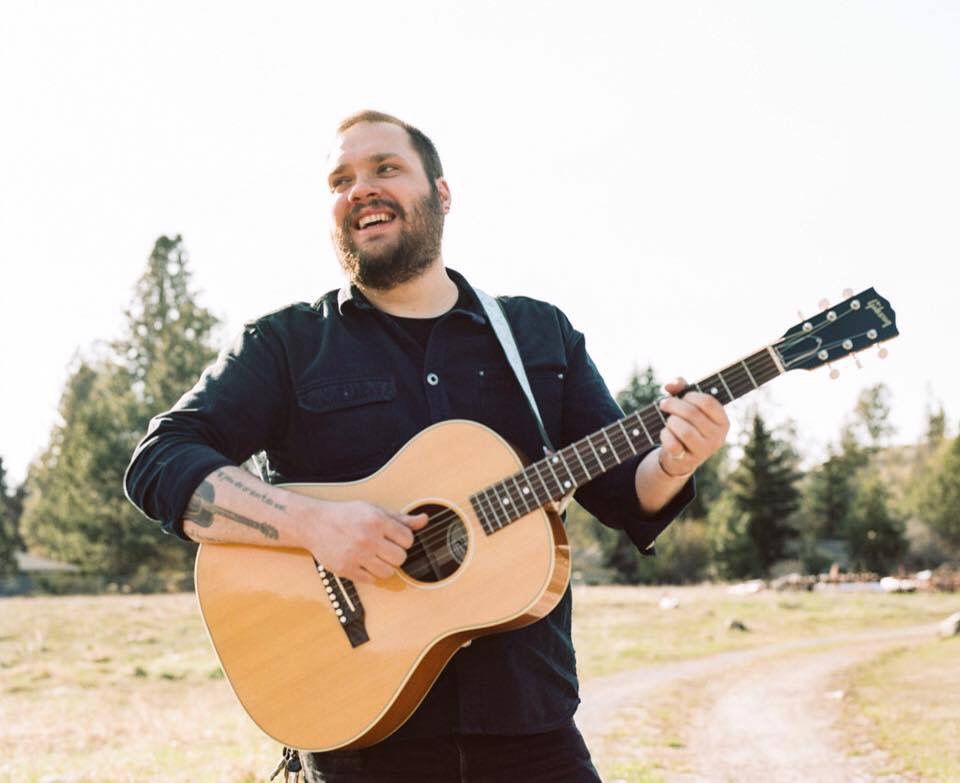 Travis Yost's new album, "No Excuses," covers a sliver of the many things the Missoula multi-instrumentalist does. Straight-up songwriting that would fit on a solo acoustic gig. Veiled allusions to his Bob Seger cover band. Sample tracks of soundtrack work, along with his weird sense of humor.

Although he plays in many bands, he plays everything on his solo albums himself, which gives the chance to chase an idea as far as he wants.

"I don't have a band. This is me, hunched over my computer with my UV lamp in my face, because I live in a basement," he said.

"Then There's Now" is a well-constructed acoustic tune about a fading relationship. After a prior album, in which he overdubbed guitars to the max, he thought he would keep it simple with spare instrumentation.

He didn't, at least on this song. It gradually becomes more and more a soft-rock production, and in the last minute opens up into what's basically a choir of Yosts, overdubbed in a deliberately overly dramatic nod to the Electric Light Orchestra.

"I have been for the last year listening to more ELO than most people have ever listened to. The drama in that song makes me giggle," Yost said. He's honed his chops with dramatic interludes by writing music for "Threshold," Amy Martin's environmental news podcast.

And so he thought, "Why don't I film-score my dumb little song?" he said. "I don't care if that song sucks." The overdubs are impressive for a one-person album, and the song doesn't suck — that's just the kind of opinion Yost throws out all the time. (For more, see his podcast, "Jamie and Travis Present.")

Oddly enough, on his last solo album, he didn't sing any harmonies, which are one of his specialties.

"Every band I'm in, I sing harmonies. The value of harmonies are exponential in live music. Why don't I do that on the album?" he said.

Where might you have seen Yost? He's played with songwriter Tom Catmull for more than 15 years, first on drums and then bass. Other projects — only the active ones — are the John Floridis Trio, where he holds down the bass; the Beet Tops, a square-dance band; Faster Rabbit, an old-time Americana duo with Chelle Karcher; he's the frontman in Close, But No Seger, the Seger tribute act; and he has The Mighty Travis and His Mighty Big Show, a trio for his songs.

If you haven't seen him play solo, you might have been avoiding breweries. This month, he has 30 gigs around the state, most of them at breweries. Playing these shows, typically from 6-8 p.m., he said, is like being your own opening act. In the first hour, people are filtering in and getting their first drink. In the second half, it's more of a party.

And so half of his new album seems appropriate for the mellower, songwriter-oriented half; and the other 50 percent perhaps when he needs to do some lighter crowd work.

It has serious singer-songwriter material that he tried to keep as simple as possible, when he could help himself. At first, "Like New," is a hard-driving, road-trip acoustic pop song. Then the bass and drums fade out, leaving only overdubbed vocals. "Thinking" and "On A Mountain" are straight-up songwriter material that really would fit in a songwriters' circle, or at one of his solo shows.

He said that Floridis has cultivated a fan base — the kind that really listen at a gig — and they've started showing up at his solo gigs now.

"All of a sudden they're trickling into my shows," he said. "People will come up and comment on songs." And he'll think, "You were listening?"

Other songs directly bear the mark of that humor, included for a specific reason.

"I put them on the album because I instantly felt like the singer-songwriter thing is so serious," he said.

Learning 30-some songs each for tribute bands for David Bowie and Seger can't help but have made its way into his songwriting. "Landed," on a musical level, is basically "Hollywood Nights," he said, while lyrically, it's about a narrator who's willingly abducted by aliens. They proceed to make fun of his favorite song, "Space Oddity."

"I like that idea [that] if you put me in a writers in the round with other songwriters, and then I'm going to play that one, I'm going to get a lot of weird looks. That's not ideal subject matter for singer-songwriters,' he said.

The 30-second absurdity, "Our Place," is from a gestating project to write a series of fake TV show themes. He has a Southern Gothic-style song like those popular on HBO (think "True Blood" to "True Detective"). This one is a fake "Friends" song that lists the mundane action of sitcoms. ("Our place is a place for talking/Our place is place for dancing/Our place is for people living together"). He also included "Don't Look Back," a fake James Bond theme song with synths and over-the-top '80s guitar.

The album-closer is "Ice Church," two minutes of ambient guitar and double-bass.

It's from the "Threshold" material, and it's a whole other project: He wants to release all the podcast scores some day.

Love is a Dog from Nebraska, aka Travis Yost, will have a CD release show for a new album, "No Excuses," on Friday, Jan. 18, at Wave & Circuit. Tom Catmull is opening. You can listen to the album at themightytravis.bandcamp.com/album/no-excuses.

Here's some other dates on his "No Excuses" tour:

A prolific collaborator acts as his own band

Travis Yost once booked a gig to play live at a local brewery. When he showed up with his guitar and pedals, they asked him where his drums were.

Love is a Dog from Nebraska, "No Excuses."