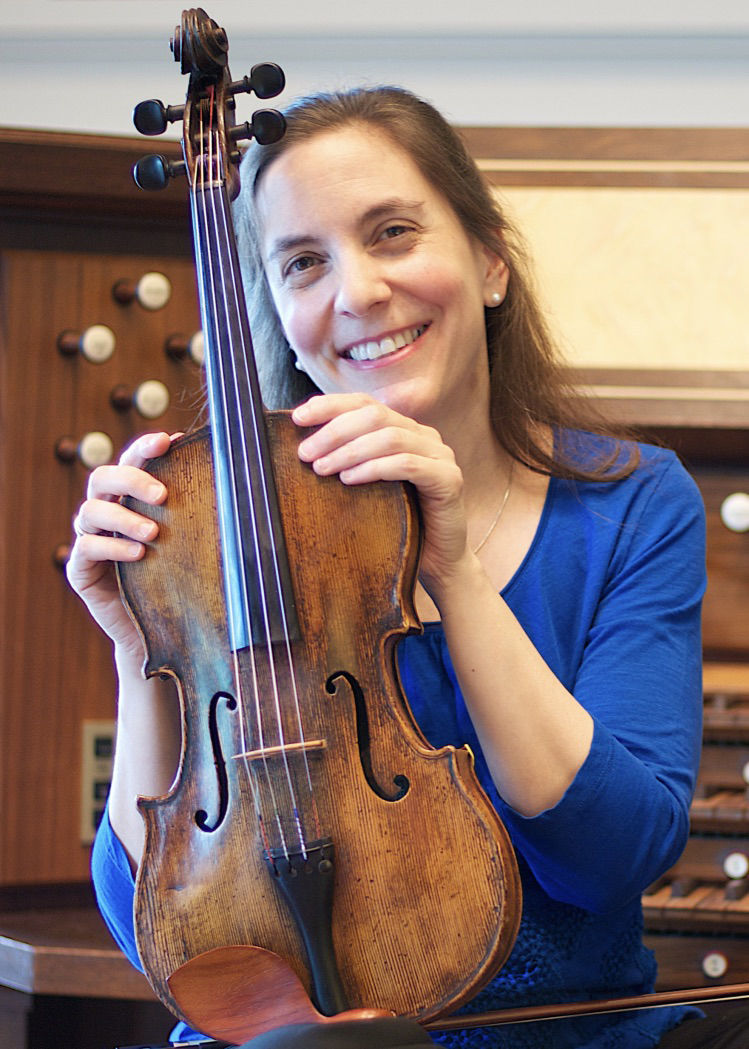 Maria Lambros is returning to her hometown to perform with the String Orchestra of the Rockies on Sunday, Nov. 17.

The String Orchestra of the Rockies.

Maria Lambros is returning to her hometown to perform with the String Orchestra of the Rockies on Sunday, Nov. 17.

The String Orchestra of the Rockies.

Maria Lambros, a violist who grew up here in Missoula, has performed in Lincoln Center and Carnegie Hall, and other marquee venues.

She's returning to her hometown this weekend to perform with the String Orchestra of the Rockies, her first public concert here since a 2004 date with the Missoula Symphony Orchestra.

The SOR's artistic director, Maria Larionoff, said Lambros is "kind of a legend" in Missoula musical circles, and they're excited to bring her back.

"It's inspiring for the young musicians in the community to see someone who is from Missoula and has gone on to become such a world-renowned performer," she said.

Ask Lambros what she's most effusive about right now, and she'll discuss a project that doesn't take place in concert halls.

She founded a nonprofit, Our Joyful Noise Baltimore, that brings classical ensembles to audiences who may never hear live music of its kind otherwise.

They invite groups five times a year to come and perform at four different venues: a shelter for veterans, a cancer treatment facility, a congregation where families of people with autism or similar conditions can meet, and the state women's prison.

"It's really shown me, more than ever in my life, the power of music and how important music and beauty is to people," she said in a phone interview.

For an October 2018 concert at the Maryland Correctional Institution for Women, the Omer Quartet chose Beethoven's Grosse Fuge. Lambros was skeptical at first. The piece lasts 15 minutes, and is "even by today's standards, very dissonant, very intense." She worried the audience wouldn't like it, and perhaps decide they didn't like classical as a whole, but the quartet was insistent. It came third on the program, after works by Haydn and Debussy. The gym had a hum in the back from the light murmuring you might expect.

"But then, during the Grosse Fuge, it was completely silent and there are all these really dramatic silences, and the audience is just listening with incredible attention," she said. Afterward, a woman told Lambros that she started crying and briefly had to leave the room.

Since then, Lambros' motto has been to trust the musicians, the music, and the audience, who are often coping with serious struggles.

The material isn't limited to high-intensity repertoire. Lambros herself performed concerts for viola, violin with the backing of a beatboxer, Shodekeh. They'll also premiered new works, because she feels that living composers need to be a part of any project, especially one that involves outreach to the community.

This weekend's concert with the SOR, a professional string ensemble made up of players from around the state and region, is her first in Missoula since that 2004 performance.

Lambros grew up here and began playing early, buoyed by a large classical community for a small city, with programs available from elementary school through college and professional level.

"It always has been a very rich musical environment. Always," she said. She began with piano and violin under Eugene Andrie, the late founder and conductor of the Missoula Symphony Orchestra. She described him as a generous mentor — they would play duets that instilled in her values she believes served her well as she developed into a chamber musician: listening, responding and matching.

She also recalls a "fantastic" experience in eighth grade, when conductor Keith Henke led his students in Beethoven's Egmont Overture. In high school, Harold Herbig challenged them with Dvorak and Sibelius symphonies instead of simpler beginners' material.

For college, she attended the Eastman School of Music, which she said was a nurturing environment compared to the atmosphere of many top-level conservatories, a value to which she adheres in her teaching. After graduation, she played in three string quartets: the Meliora Quartet, Ridge Quartet, and Mendelssohn Quartet, and has performed in prestigious venues around the world.

She's currently an instructor of viola at the Peabody Institute, and plays with her husband Michael Kannen, a cellist, in the Cooperstown Quartet. The other half of the ensemble, the violinists, are also a married couple, and collectively they are all baseball fans, hence the name.

They're preparing a Joyful Noise concert next spring with Beethoven's Opus 130, with an actor, Bruce Randolph Nelson, portraying the composer reading from his letters, to mark Beethoven's 250th birthday.

This weekend, Lambros is back with the string orchestra, a form that she compared to large-scale string quartet with an added "richness and dimension" of sound.

She'll be featured on Georg Philipp Telemann's Viola Concerto in D Major. She said the composer is often overshadowed by his contemporary, Bach, but is a "genius" in his own right. This piece is hopeful, uplifting, joyous, soulful, and "ends with a party, all with a kind of dance feel underneath," she said.

She and Larionoff are the featured soloists on Kurt Atterberg's Suite for Solo Violin, Viola and Orchestra from 1917. Larionoff said the unusual configuration has a lush, Romantic sound that's well-suited for the group.

The closer, Dmitri Shostakovich's Chamber Symphony is actually his String Quartet No. 8 arranged for string orchestra. The professionals will invite in 13 students, from high school to college level, from Missoula and Helena. Larionoff said it's "fun to have youthful energy." The students are treated like equal who are free to give ideas.

The SOR is also experimenting with outreach of its own: On Saturday, Nov. 16, the day before the concert, the SOR, minus guests due to space, will perform live at 3 p.m. on Montana Public Radio during the "New, Yet Classical" program, a project they hope to continue in the future.

Glow in the dark drums and steel pans at UM concert

Glow in the dark instruments, African percussion, and steel-drum ska are a few of the elements on the program at the Fall Percussion Concert a…