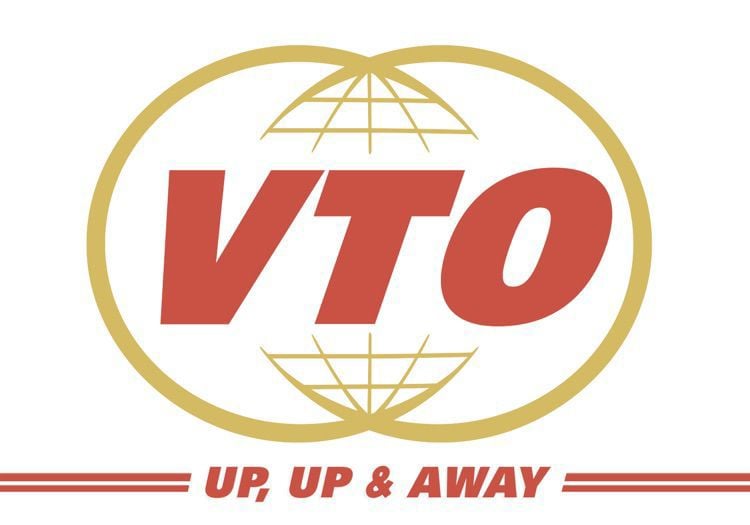 Missoula punk band VTO is releasing their new album, "Up, Up and Away" digitally with a postcard sticker that comes with a download code. 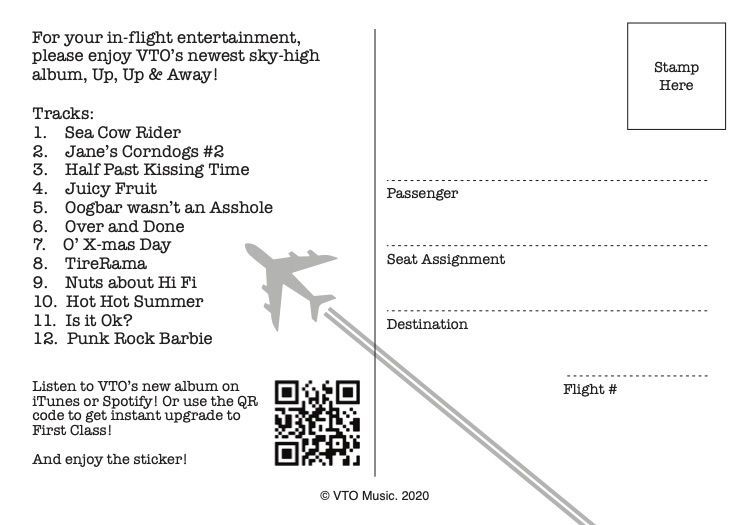 Members of the band also work in marketing, which helps explain the creative approach to an album release in the "stay at home" era. 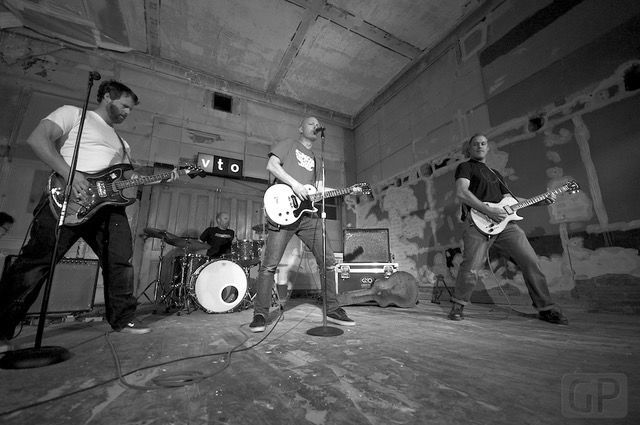 A version of the band plays in what was then the abandoned Macy's building in 2013. 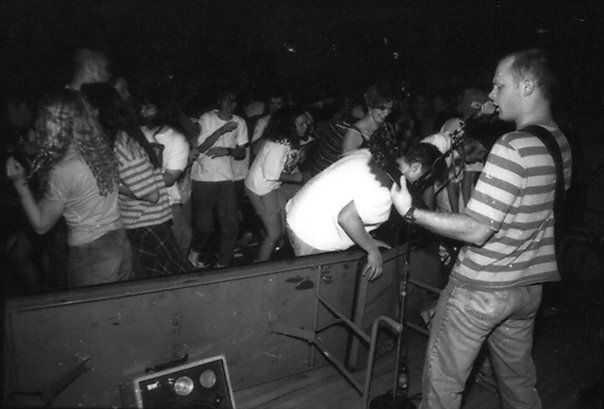 A photo of the band playing in the early 1990s.

Twenty-eight years in, Missoula punk band VTO is past any angst and only playing music for music's sake.

They've just released a new album, "Up, Up and Away," in the midst of a pandemic, and have another record's worth of material they can record whenever social distancing rules deem it safe.

While bands in Missoula often have short career spans, as band members move or move on, they've dug in.

"We're all here and not going anywhere," Beaton said. He compared their weekly band practices (now on hiatus) to a regular bowling night or golf game. "For us, it's like, OK, Wednesday night, this is what we do. We drink beer, we laugh our asses off, and you know, play rock music for a few hours." Plus, he said, nearly 30 years in, they're still getting better as musicians and songwriters.

Bassist Greg Twigg, somehow still a "new guy" after 20 years, said those practices (minus a hiatus) are a creative outlet, and have helped shepherd them through tough times over the years and now are like a family event.

The band started back in 1992, when Beaton and some friends were hawking ice cream at Goldsmith's on Front Street.

"It was the greatest job ever, 'cause we were in the back, making ice cream, doing dishes and listening to punk rock music, so we were all like, we gotta start a band," Beaton said. Beaton, who moved here from Helena, already involved himself in the music scene with a group called the Banned. The new group was originally called Vi Thomson Overdrive, in honor of a prominent local TV personality.

After truncating it to an acronym (she didn't want to be associated with the lyrics but later invited them to play at the Senior Center), they were among the very first punk bands to play at Jay's Upstairs.

Beaton, who went on to start Big Dipper Ice Cream, remains the sole original member. The latest incarnation, version 2.0, is Beaton and Twigg along with Geoff Peddicord on lead guitar and Graham Black on drums. (She doesn't sing on this record, but Erika Fredrickson has joined on vocals.) The songs were recorded over the course of three years, from 2017 to 2020, at the now-shuttered Club Shmed studio and then Chris Baumann's Black National.

The coronavirus shutdown scuttled all plans for a release show, with no real target date for when music venues will reopen. Even then it would require social distancing, which isn't really that in line with how punk shows go down, Beaton said.

They decided to go ahead and release it, finishing up the mastering and the graphic design. Twigg, a professor in the School of Media Arts at University of Montana, came up with an alternative to compact discs, which remain the affordable option for local bands but are rapidly going defunct. They posted it on the streaming and digital music services, and will also offer a download option. You can order a postcard/sticker that they'll mail to you with a download code. (The cards are currently delayed at the printer due to the coronavirus.)

They don't think ordering vinyl is worth it, since they won't tour any time soon. Besides, they all have day jobs.

"We're not very good at capitalism with this band," Beaton said.

The band has their style down, though: catchy punk, with funny lyrics and tight playing.

"Sea Cow Rider" is based on a real incident in Florida, in which a woman in Florida broke the law by "riding" a manatee in the ocean. "Is It OK" was based on Google search's autofill function, which provides weird insights into the questions people pose to the algorithm, that Beaton crafted into verses: "Is it OK to drink before noon? I don't think that's too soon," and "Is it OK drink your pee? Would you still love me?" and more.

He started with one and kept going until he had a song's worth.

"It's a song that writes itself. Those are the best kind," he said.

Some songs are unique to their environment. The mid-tempo track, "Over and Done," sounds like it was written by a Montana native, the kind who's tired of a particular season and the way other people love it. Lines like "This winter is killing me/why's it make you so happy?" and "this winter, it hits me like a ton of bricks, so heavy" are broken up by a falsely cheerful keyboard line.

Songs like "Hot Hot Summer," about sneaking out, recall summer Missoula evenings when late-night rock shows were allowed around downtown. Like the record, it's a time capsule of normal times around town, and reminder that they might return some day.

They want to record their next album with Baumann at the new studio in the Zootown Arts Community Center. The band is set up to work this way forever. Beaton said all they might need is an elevator to help them get down to his practice space in the basement.

VTO's new album, "Up, Up and Away," is available on Bandcamp and other streaming platforms. Check their Facebook page for updates about the planned postcard/sticker/download option.

Princess Diana left quite an inheritance for her sons

Princess Diana left quite an inheritance for her sons

Selena Gomez says her past relationships were cursed

Selena Gomez says her past relationships were cursed

'You Must Know Everything': Missoula father-daughter duo start pandemic-era podcast

“How many people fit spaced 6 feet apart in the state of Montana?”

Nine-year-old Rasa Smith posed the social distancing question to her dad in a recent episode of their new podcast.

The Roxy Theater-based nonprofit is looking at options for tacking on the virtual offering as a permanent component for years to come.

Resources for arts and entertainment in Missoula during phase one reopening

Does your organization offer online or at-home arts activities or entertainment? If so, email your information to entertainer@missouian.com.

Missoula punk band VTO is releasing their new album, "Up, Up and Away" digitally with a postcard sticker that comes with a download code.

Members of the band also work in marketing, which helps explain the creative approach to an album release in the "stay at home" era.

A version of the band plays in what was then the abandoned Macy's building in 2013.

A photo of the band playing in the early 1990s.