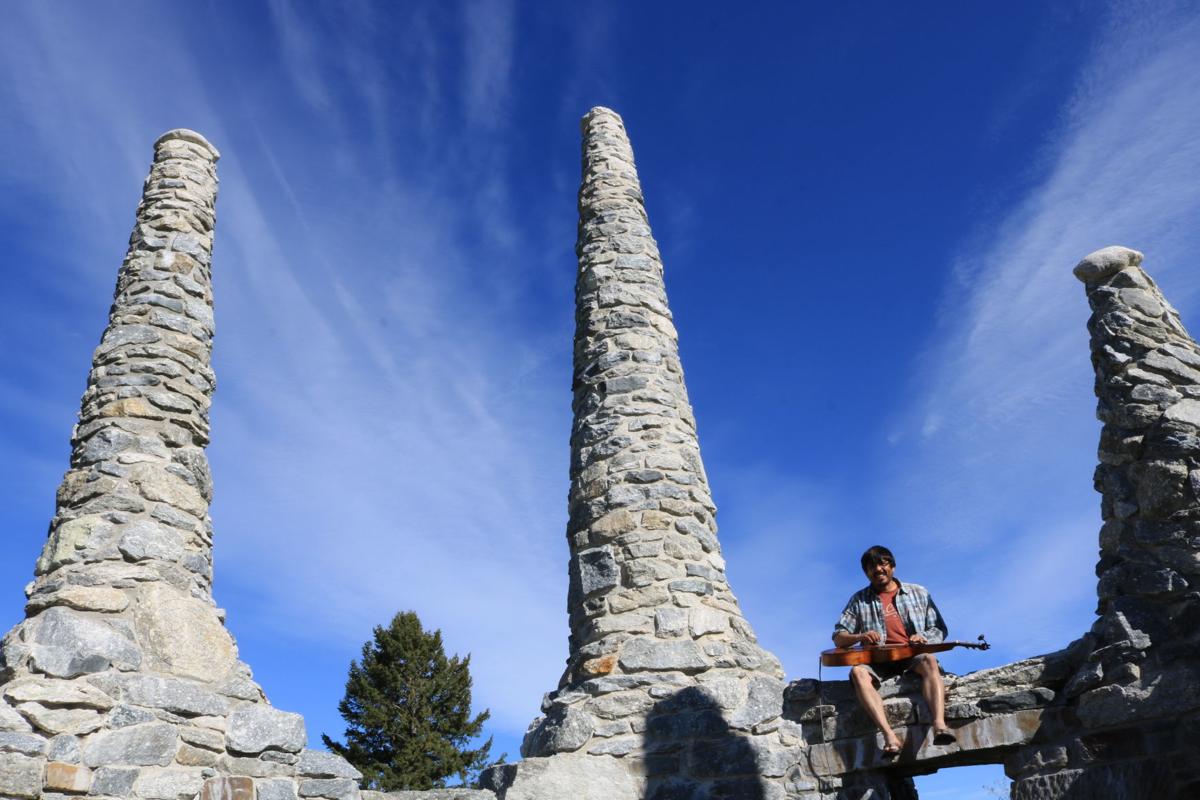 Whitefish musician Dan Dubuque recorded videos where he plays in scenic spots. Many have been picked up by national websites, and Tom Morello tweeted in approval of his Rage Against the Machine cover. 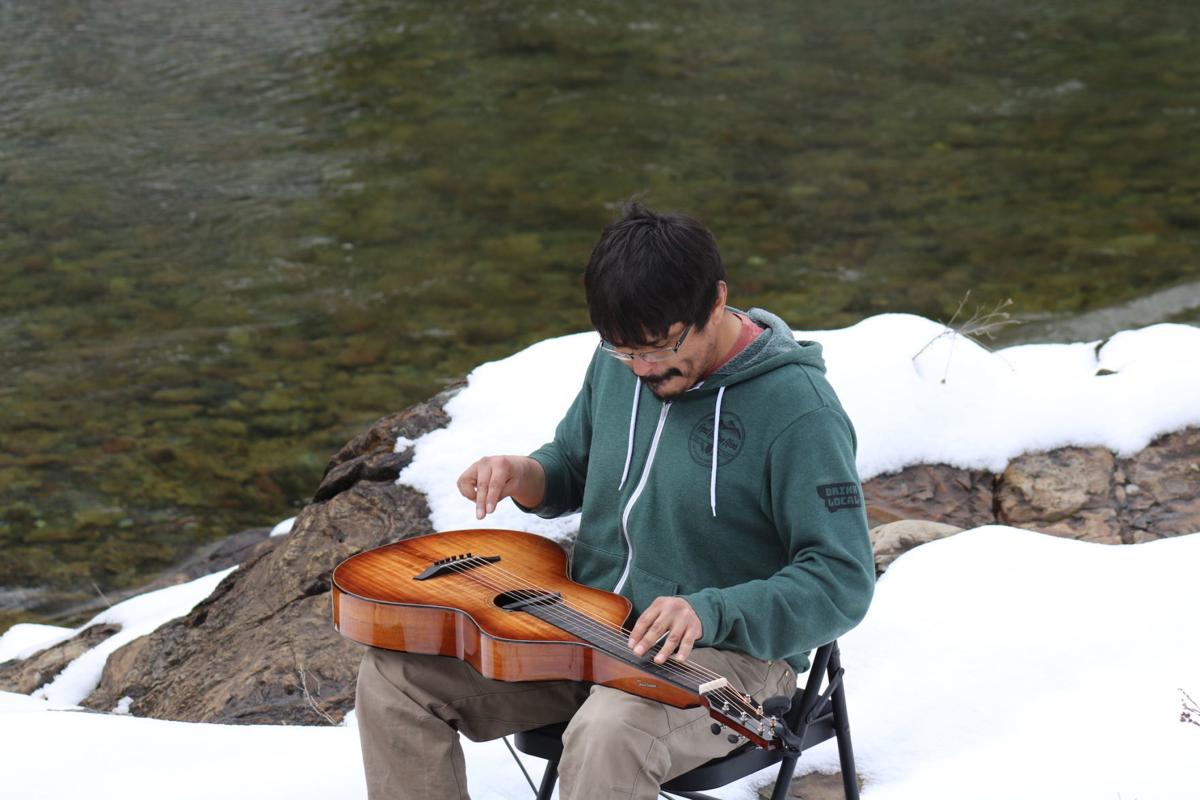 Dan Dubuque, a Whitefish acoustic slide guitarist known for his heavy, percussive style, is no longer a secret outside of western Montana.

After losing all of his gigs due to the coronavirus, he recorded solo videos of some of his favorite covers from rock bands like Rage Against the Machine, Nirvana and Tool. He picked scenic locations, adding to the apparent novelty value for viewers outside Montana borders, and posted them on YouTube, hoping to make little money.

He isn't sure how it got passed along, but eventually his medley of Rage songs caught the ear of Tom Morello, the band's guitarist and one of Dubuque's heroes, who tweeted with approval earlier this week. ("Mesmerizing," he said.)

"That is a dream come true," he said.

"I don't know what to say about it. I'm just so stoked because they dig the sound," he said.

That video has subsequently racked up more than 300,000 views on YouTube.

One of the earliest sites to find Dubuque's video, MetalSucks.net, ran with the headline, "Dude Slays Rage Against the Machine Song on a Slide Guitar in the Snowy Woods.” The writer, Vince Neilstein, said, "I’ll simply add that the dude’s name is Dan Dubuque and he f---ing rules for doing this. Clearly a whole lot of practice went into putting this medley together, and both the execution and presentation are A++++. Well done, sir!"

Neilstein wrote in a message that the site found it after a reader emailed them. "It only had a couple of hundred views at the time if I remember correctly. The Rage one went crazy viral and stayed that way for days, and then the Tool one was almost as popular," he wrote, referring to Dubuque's cover of the band's song, "Descending." (That video has more than 57,000 views on YouTube.)

Guitar World, a site that's naturally selective in its posts about musicians, complemented his choice of outdoor venue ("bucolic") and arrangement ("tackling the lead, rhythm and vocal parts to the song, he also throws in snippets of other RATM tunes, including Bombtrack, People of the Sun and Freedom.")

In western Montana, Dubuque is well-known as most any gigging musician. His sets have been a fixture of western Montana for about 15 years now, whether at markets, bars or breweries, or busking. His Rage medley, while still sounding spontaneous, has been workshopped live for eight years.

Listeners at venues here can tell it's Dubuque before they even see him. He plays a Weissenborn, an acoustic lap slide guitar made in Germany. He switched to the instrument years ago and has barely played a regular guitar since — he says his voice is on the lap slide. He performs solo, providing his own percussion by slapping the strings with his picking hand. A fan of Ben Harper, who's probably the most famous musician on the instrument, Dubuque had seen him do the slap technique a little bit and decided to expand it, eventually cultivating his own heavy and rock-based style, with distortion pedals and all.

Since he plays solo and doesn't sing, his covers are a good introduction to the Weissenborn, he said. The artists he covers, too, are to him what Beethoven is to a classical musician, and he loves to pay homage. He improvises frequently, so his versions are more like a jazz player or a jam-band musician tackling a standard tune than a singer-songwriter faithfully rendering a song. A shy and self-critical player, he's waiting before attempting to perform his originals on video.

"I'm just grateful people are reacting to them," he said.

The videos were born of financial stress. The Polson native been a full-time musician for over a decade, at points busking on the street when he needed the money, and doesn't hold any other jobs to make his living, and is reluctant to file for unemployment.

His last gig was at Backslope Brewing in Columbia Falls on March 11, a few days before the first wave of Montana cases eventually prompted the temporary closure of all his venues.

Simply put, he was running out of money. "I played because I was hungry," he said. He was playing in front of Second Street Pizza for slices or grocery money.

Burning through his savings and contemplating the prospect of moving back in with his parents ("I love 'em, and it's nice visiting but not living with them"), he enlisted a friend with a Canon about four weeks ago. Neither had much experience shooting a music video but were game to try.

"We don't know much about what we were doing, and still don't, but it's fun learning," he said.

He and his cameraman, who prefers to remain anonymous, drove around until they found scenic backdrops. The Rage video was recorded along the river below Hungry Horse Dam.

They "rolled up, set up, and did one take," he said. He has a battery-powered amp and pedalboard that made it relatively easy. Other people were nearby to put in their kayaks and they started to attract people, so they didn't hang around long.

He included his Venmo information for people who wanted to tip, thinking that he could get support from locals who know him. With the wider exposure, it has him covered for food and housing.

"I'm able to pay the bills, pay rent and all that," he said.

For now, he's going to continue posting videos, maybe one a week. He said he hopes it might help people deal with anxiety during the pandemic — that is how he's dealing with it, after all — and he feels he'd "better step up my game."

His Facebook page has been stormed with messages and requests from strangers around the world, including offers to come play gigs in Oregon, Arizona and the Midwest.

"I can't wait to go out to really play for people again when it's safe to," he said.

A Montana band honed its style playing online before covid

While many bands haven’t been able to rehearse together in several months, one group with members based in three cities is uniquely built for the moment.

How can you raise money to finish an album when you can't play live shows? Junior, a Missoula three-piece band, found a solution by addressing the problem head-on with a new video and a pre-sale.

Fantasy Suite, a laid-back and welcoming indie rock band, has released a new album, “One on One."

On Thursday, organizers announced that they’re rethinking how Roots Fest, originally scheduled for Aug. 28-29, could go on in the midst of a pandemic.

Whitefish musician Dan Dubuque recorded videos where he plays in scenic spots. Many have been picked up by national websites, and Tom Morello tweeted in approval of his Rage Against the Machine cover.