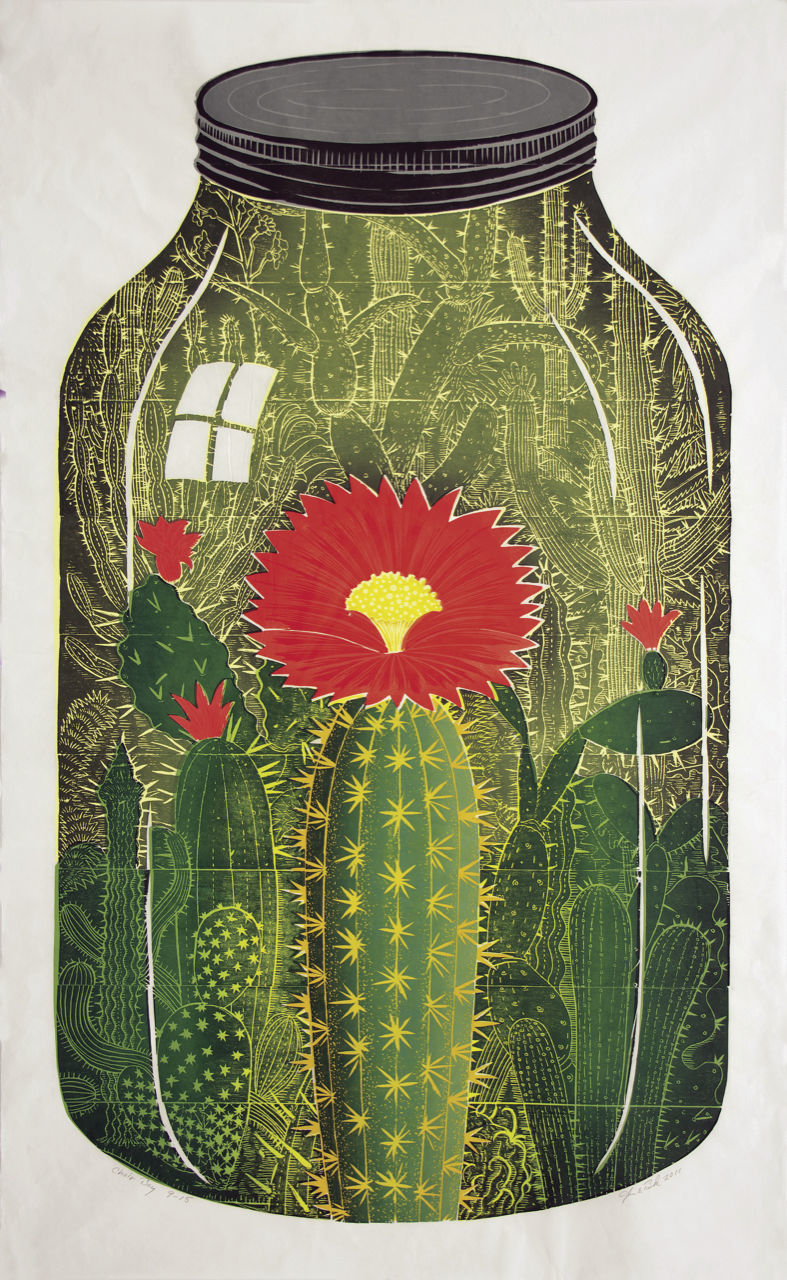 Artist John Buck, who lives in Bozeman and Hawaii, is participating in a group show, "the atoms of our frame," that opens Friday at the Radius Gallery. Above is “Choir Boy," a woodblock print. 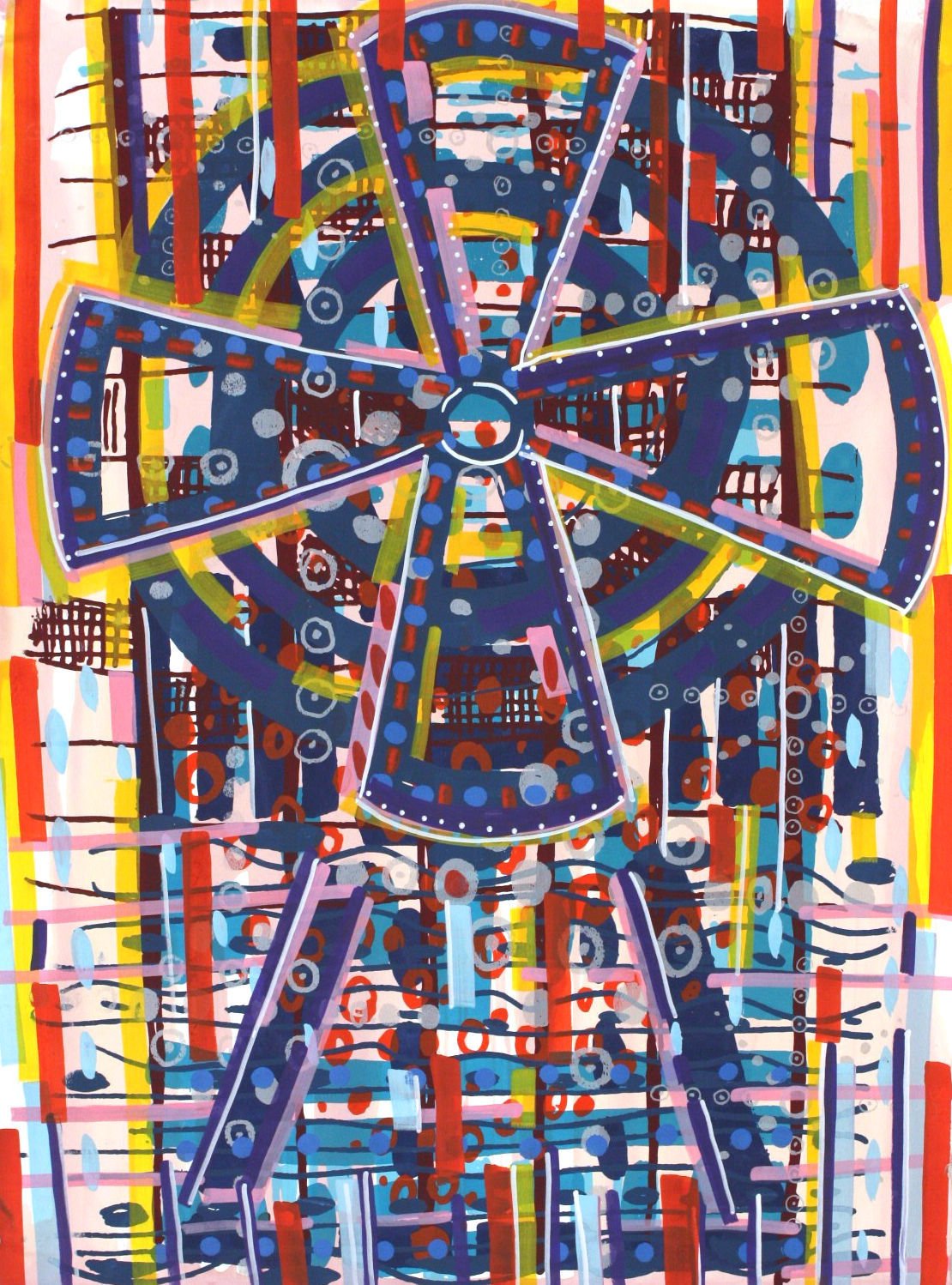 The Matrix Press at the University of Montana is opening an exhibition, "Contemporary Indigenous Voices," at the University Center Gallery. The artists include John Hitchcock of Madison, Wisconsin, who contributed "Flatlander: Artillery Rd."

Artist John Buck, who lives in Bozeman and Hawaii, is participating in a group show, "the atoms of our frame," that opens Friday at the Radius Gallery. Above is “Choir Boy," a woodblock print.

The Matrix Press at the University of Montana is opening an exhibition, "Contemporary Indigenous Voices," at the University Center Gallery. The artists include John Hitchcock of Madison, Wisconsin, who contributed "Flatlander: Artillery Rd."

Here's a quick guide to some of the arts and cultural events happening around Missoula this week.

'the atoms of our frame' at Radius Gallery

Three major Montana artists are coming together for an exhibition. John Buck, who splits his time between the Bozeman area and Hawaii, has shown his large-scale kinetic sculptures at the Missoula Art Museum, along with his intricate (and also large) woodblock prints. Josh DeWeese, also of Bozeman, is well-known around the country for his lushly decorated functional pottery. Beth Lo, of Missoula, has shown her ceramics, often drawing on her Chinese heritage, around the world.

Broad Comedy, a long-running group that tours internationally is swinging through western Montana to perform benefit shows for the ACLU.

The performers are Danielle Cohn, Katie Goodman, Molly Kelleher, Tana Sirois, Carlita Victoria and Soren Kisiel, who among all of them have backgrounds in comedy, Drunk Shakespeare, YouTube web series, solo performance, theater and more.

The show will start at 8 p.m. at the MCT Center for the Performing Arts. Tickets are $40 general admission, $15 for students or $125 for VIP. Go to aclumontana.org/broad-comedy.

The season opener at the University of Montana is this Pulitzer Prize-nominated play that takes an unfiltered look at nine members of a high school girls' soccer team. "The Wolves" is a unique coming-of-age story that doesn't follow any high school cliches, instead focusing on the real way that girls talk, grow and deal with adversity.

Tickets are $10. "The Wolves" has an audience advisory for mature themes and content.

If you've lived in Missoula for awhile, you've likely seen Josh Quick's work whether you realize it or not.

For his latest project, he researched interesting tidbits and oddities to produce "Montana Quick Facts," a 100-plus page book with illustrations in his engaging style.

Now that Phoebe Waller-Bridge cleaned up at the Emmy Awards for "Fleabag," you can see the origins of the Amazon show.

The Roxy Theater's "Stage on Screen" series is showing the one-woman iteration of "Fleabag," performed live by Waller-Bridge at the National Theatre in London.

Screenings are Tuesday, Oct. 1 and Oct. 8, at 7 p.m. Go to theroxytheater.org for advance tickets or more information.

The first evening features the Missoula premiere of "Mickey and the Bear," an independent film written for and shot in Anaconda. The movie, directed by Annabelle Attanasio, premiered at SXSW Film Festival earlier this year.

You can also see blocks of short films, or head head over to Western Cider for the opening night "Welcome Recital," with drinks, food, and music by local acts Writ Large and June West. It runs from 8-10 p.m.

The line-up of artists, most of whom have ties to the region, have collaborated with the press and have shown their work in Missoula in the past several years. They are Melanie Yazzie (Navajo), Joe Feddersen (Colville), Sara Siestreem (Coos/Lower Umpqua), John Hitchcock (Comanche), Duane Slick (Meskwaki), Jason Clark (Creek/Algonquin), and Molly Murphy-Adams (Oglala/Lakota).

The opening reception is Thursday, Oct. 3, from 4-6 p.m. Then on Indigenous People's Day (Monday, Oct. 14), exhibiting artist Jason Clark will give a noon lecture.