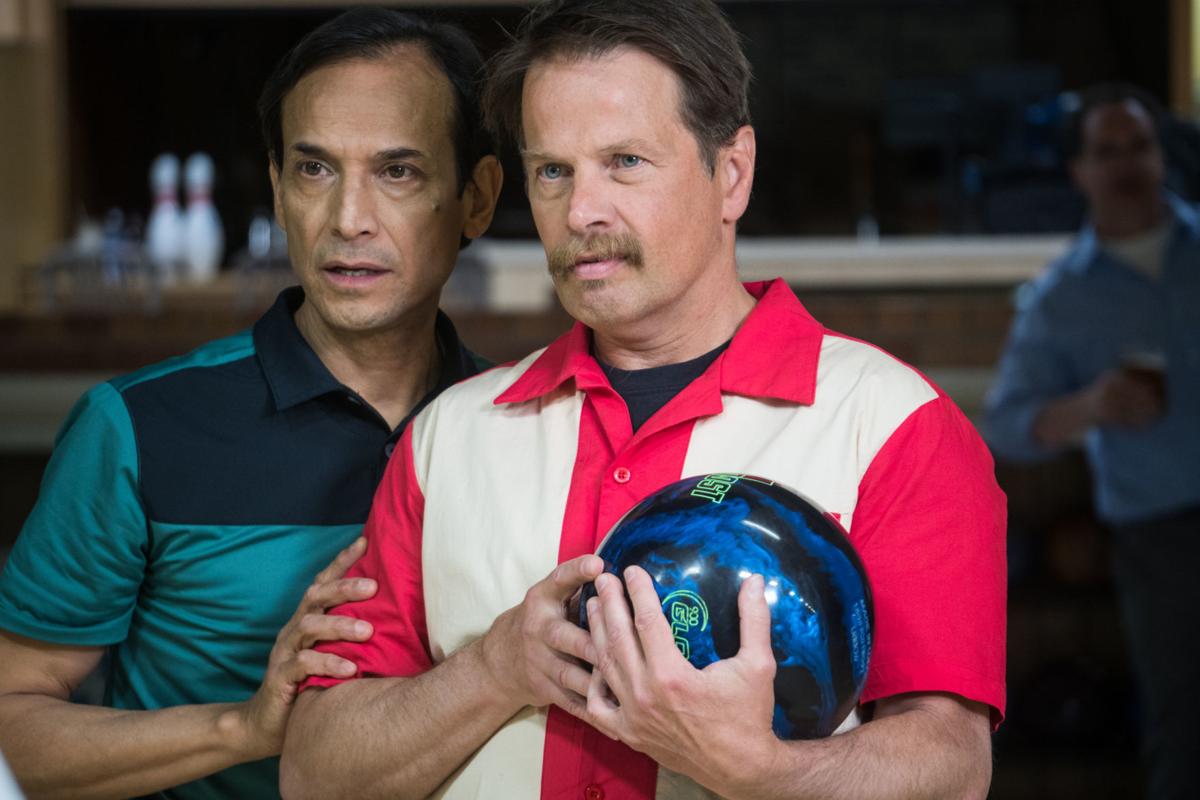 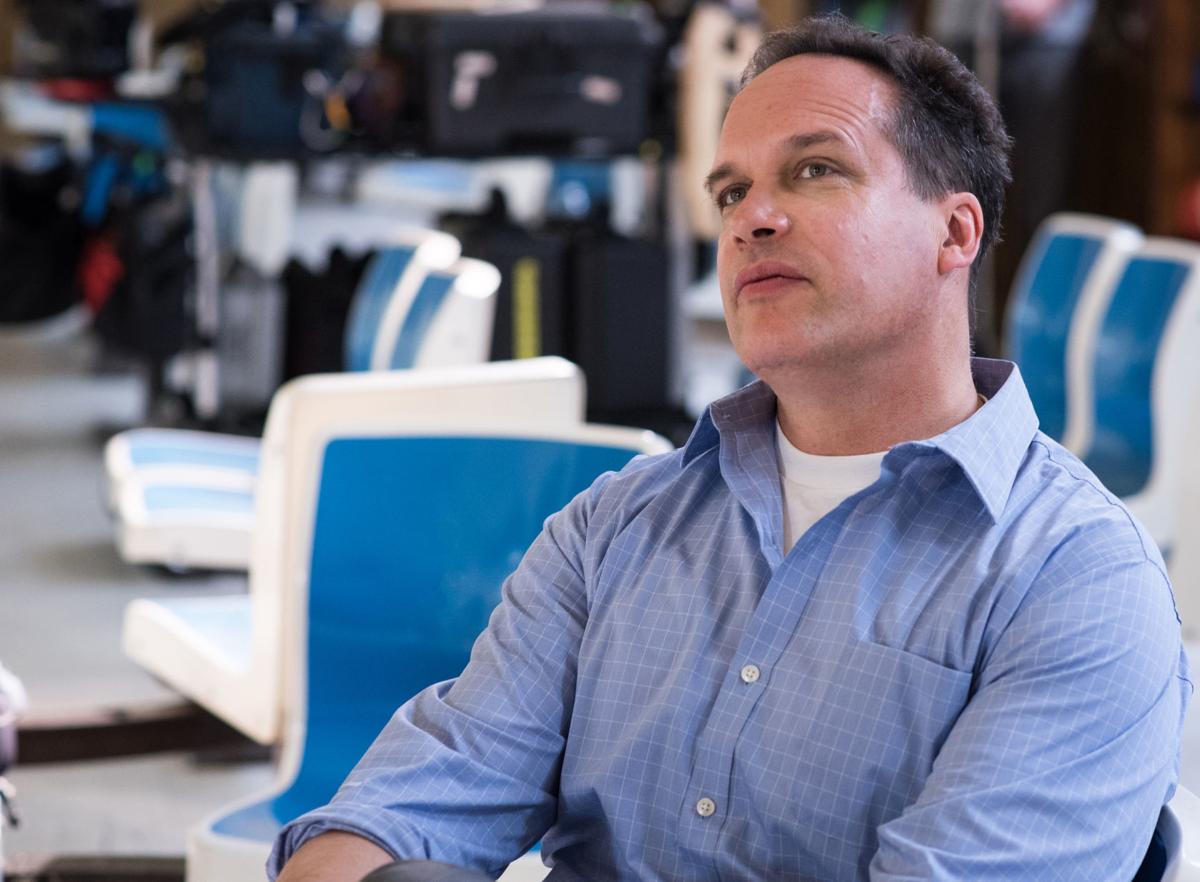 Diedrich Bader of "Veep" among other shows stars in the film.

Taking a chance on your work, no matter what profession you’re in, carries a lot of the same pressures. Gary Lundgren transposed his feelings as an independent filmmaker into the script of his new movie “Phoenix, Oregon,” which follows a pair of friends who open up a bowling alley/pizza parlor in the throes of a midlife crisis.

The two friends represent the competing parts of Lundgren’s personality. Bobby (James Le Gros) was the guy who couldn’t get out of his own way, while his friend Carlos (Jesse Borrego) was the risk-taker, who had the confidence to try anything.

“If you want to do something for yourself, you have to do what it takes,” Lundgren said. “It became this real-life dramedy idea, of these guys breaking out on their own and creating something.”

Lundgren made Carlos a chef, inspired by friends of his who opened their own pizza parlor, and had the two characters restore a decrepit bowling alley in their small Oregon town.

Phoenix is a real town in southern Oregon, by the way, although the movie was filmed in Klamath Falls. Lundgren lives in Ashland with his wife Annie (a producer on the film), which is just down the highway from Phoenix.

Lundgren grew up in San Francisco and spent many years in Southern California. His move to a small town in Oregon changed his perspective on what it looked like to be successful.

“It felt like 'Paris, Texas.' It felt like it could be a story,” he said. “At the time, it was eye-opening, what it was like to live in smaller towns.”

That drove the story for “Phoenix, Oregon,” a small-town movie with desperate characters whose solution is not to leave their town, but to make a better life in it. That change of perspective, not scenery, is the human growth of his movie.

“You can be unhappy with the cards you get dealt in life, but maybe you got the best hand,” Lundgren said.

He focused then on the pizza, as well as Bobby’s comic art. But once they got to putting the movie in motion, he realized there was something missing.

“I thought that the food angle was going to be enough,” Lundgren said. “I didn’t want to do a straight drama. I wanted to have room for comedy and some strange characters.”

So, in came the bowling alley: “Bowling is a strange sport.”

Given the addition of bowling, Lundgren needed his actors to be able to bowl well. According to the trailer, part of the plot revolves around a bowling tournament.

“I felt like (Borrego) could pull it off. But I was a little concerned,” he said. “They had a bowler who had just recently bowled 300. He was a kid in his 20s, actually.”

So the stunt bowler, Ryan Schroeder, credited as part of the local crew, came on set to bowl strikes when needed.

The movie, Lundgren’s fourth feature, has a homegrown feel all its own, from the filming location of Klamath Falls (population around 20,000) and those local crewmembers, to the promotional tour, inspired by indie bands who drive themselves on tour and sell their own merch at every show.

“We saw what other distributors did with our films and … we realized what a limited release they would do,” Lundgren said. “We thought this was something we could do on our own and do it better.”

Lundgren, his wife Annie and producer Luis Rodriguez packed into a van (wrapped with a bold “Phoenix, Oregon” graphic) for a 10-week tour, holding screenings and Q&As at local theaters across the country. They'll be at The Roxy Theater in Missoula on Saturday, Aug. 17.

The Rogue Valley Messenger, based in Medford, gave the film a solid review, recommending it to bowling fans or Oregonians looking for a snapshot of their state. That recommendation should extend to any who live in a town away from the magnetism of a big city.

The filmmakers have enjoyed their unique take on a promotional tour. It gives moviegoers a chance to talk with the writer, director and producers “right then and there,” in a way every movie fan can appreciate, Lundgren said. Even better, he added, is that audiences have enjoyed the movie.

“It makes it easier to do something like this,” Lundgren said, when “the audience is enthusiastic.”

Jesse Borrego's named was incorrect in a previous version of this story.

The "Phoenix, Oregon" screening and discussion will be at the Roxy Theater on Saturday, Aug. 17, at 7:15 p.m.

Tickets are standard Roxy prices: $9 for adults, $8 for seniors/students and $6 for kids.

Symphony in the Park plays orchestra tunes for every ear

For this year’s Symphony in the Park, guest conductor Gordon Johnson said he filled the schedule with “big energy” music.

A guide to some of the arts and cultural events happening around Missoula this week.

From Vault to the screen: Missoula-based comics publisher gets titles under development

Diedrich Bader of "Veep" among other shows stars in the film.