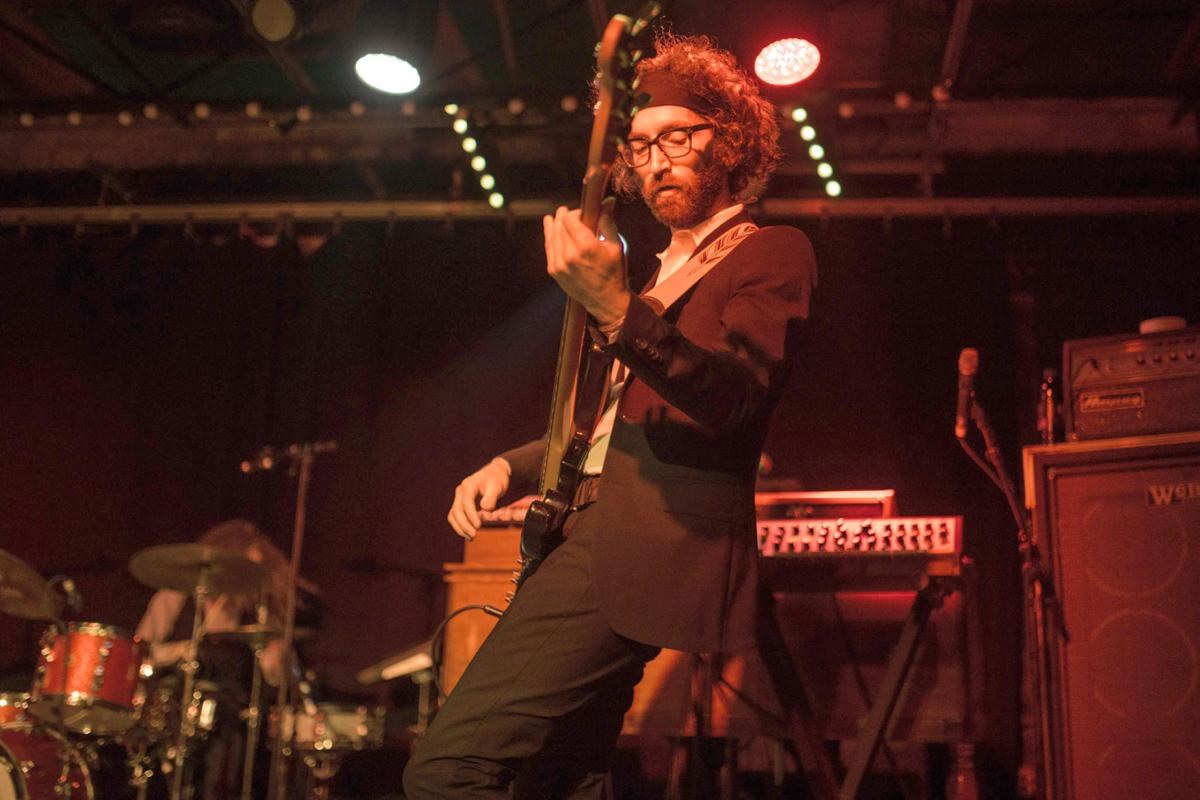 Jesse Phillips, who attended high school in Eureka, is bass player and band co-leader for St. Paul and the Broken Bones. 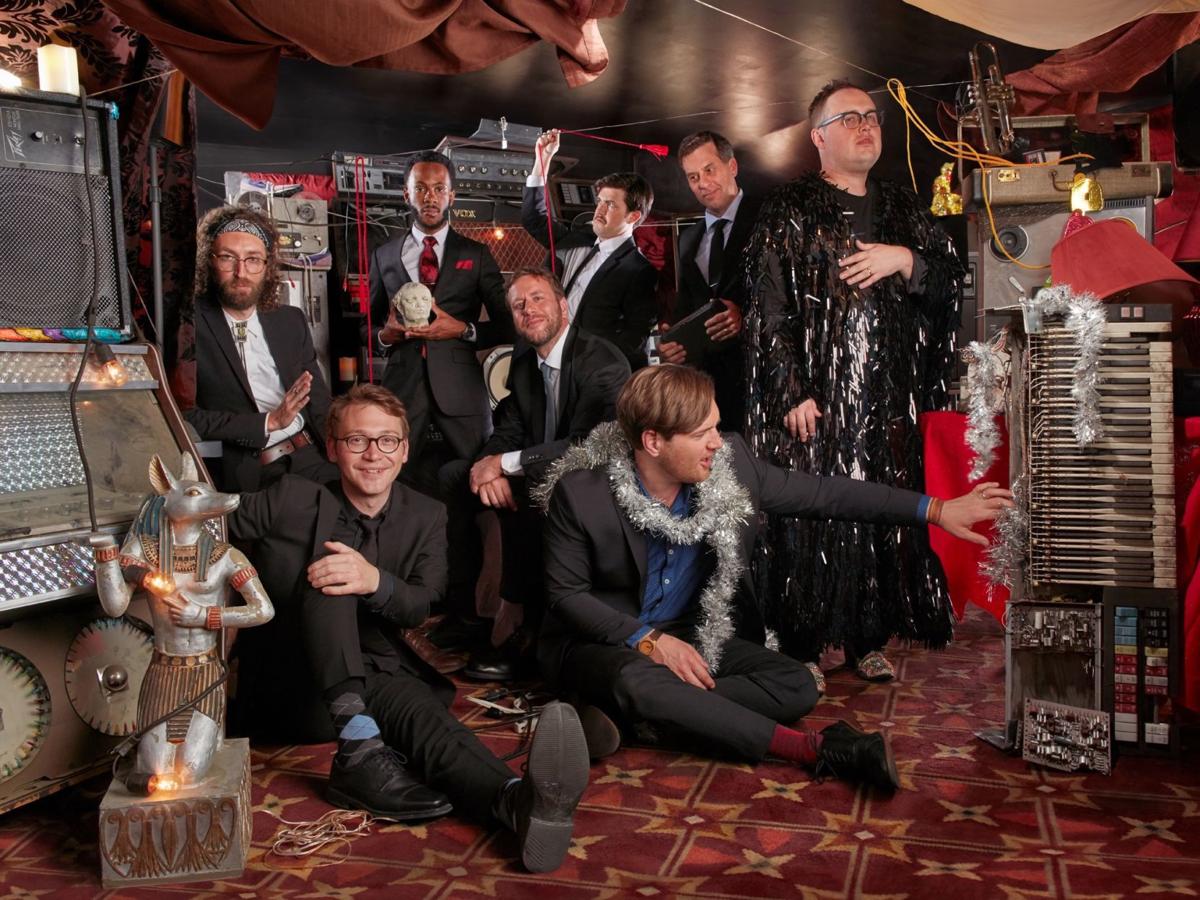 St. Paul and the Broken Bones, a Birmingham, Alabama, rock-soul band, is coming to the Wilma on Saturday, Oct. 12.

Jesse Phillips, who attended high school in Eureka, is bass player and band co-leader for St. Paul and the Broken Bones.

St. Paul and the Broken Bones, a Birmingham, Alabama, rock-soul band, is coming to the Wilma on Saturday, Oct. 12.

Jesse Phillips, who went to school in Eureka and lives part-time in Missoula, has played with his band, St. Paul and the Broken Bones, at almost any type of gig you can think of.

Small clubs in Birmingham, Alabama, back when the rock-and-soul group was starting out seven years ago. His alma mater, Lincoln County High School, for a nonprofit arts fundraiser. Chicago's Soldier Field, capacity 60,000, opening for the Rolling Stones. Late-night talk shows, like Stephen Colbert.

The band is returning this weekend for its fourth-ever Montana show, downtown at The Wilma, touring off its third full-length album, "Young Sick Camellia," released last year.

The record, which takes its name from the Alabama state flower, hews to the rock-and-soul sound they've developed, with lead singer Paul Janeway's expressive gospel-trained vocals, while adding touches of modern hip-hop and R&B production alongside the horns and grooves.

"We'd seen how far we could go using a more traditional palette of instruments and sounds,"  Phillips said in a phone interview last week.

"We're pretty good about leaning on the core of what we do and the particular voices that people have, so it still sounds like us and it still sounds familiar. At the end of the day, if Paul's singing on it, it 's probably going to sound like our band, you know?" said Phillips, bass player and co-leader of the band.

Feeling they needed a change, members of the eight-piece band traveled to Los Angeles to work with producer Jack Splash, who has credits with Alicia Keys, Kendrick Lamar and CeeLo Green.

Phillips said listeners might not realize how deep bands live inside songs during the recording of album, followed by a heavy and long touring schedule, where they revisit the songs repeatedly.

"Once you've sort of lived that record on the road for a year and a half or two years, you're ready to do something new, and you've kind of gotta do something new for your sanity," he said.

Also, they never "wanted to limit ourselves" to the traditional sound they've been associated with. They feared a third album in the style might pigeonhole them for good.

"I think with this last record, we set ourselves up to be able to go any direction after that," he said.

Splash encouraged free-thinking in the studio. "He's willing to chase the tail of an idea to its fruition, even if it's not something that's usable in the end. He's willing to get as weird as we were, and even weirder in some spots," he said.

Janeway's lyrics explore his upbringing and his father and grandfather, whose voice is heard in interludes with spacey musical backing.

Elsewhere, they retrofit the heated soul/R&B sound — there is plenty of Janeway's belting and plenty of horn stabs — with beats and synths that are distinctly contemporary.

"Every band that gets to a certain point in their career, I don't want to say you have to calculate how far you want to go with that, or how radio-friendly do you want to get, but you do have to decide how aesthetically different you're willing to be than whatever you're sort of known for at the very beginning," he said.

Phillips grew up in Grasmere, British Columbia, and attended school in Eureka, graduating from Lincoln County High School in 1998. He went to college in New Orleans and moved back to Missoula after Hurricane Katrina. After spending time substitute teaching in Missoula County Public Schools, he decamped for Birmingham, Alabama.

While subbing in a rock band, he met Paul Janeway, whose youth was spent singing nothing but gospel music. After that group fell apart, in 2012, the two began working together on what became St. Paul and the Broken Bones, a rock-and-soul band with a horn section.

Early on, Phillips recalls playing a now-defunct rock club called the Bottletree that maxed out at 250 people.

"That's when I think we knew things were happening early on with the band, was when that place started selling out," he said.

While they don't resemble the roots-music stereotype — i.e. a songwriter with an acoustic guitar — they found an audience with Americana fans.

They recorded their 2014 album, "Half the City," with a member of the Alabama Shakes, and it was premiered on NPR First Listen. By this time, there was a niche for retro soul paved by groups like Sharon Jones and the Dap-Kings, Charles Bradley, and Fitz and the Tantrums.

"There was a period of a couple of years where the growth was not incremental at all," he said. "It was definitely like a rocket ship taking off, just like, 'hold on for dear life.' One day you're playing in your friend's basement, writing songs in your rehearsal space or whatever, and within a couple of years you're playing on national TV, and playing in 1,500-, 2,000-seat theaters and opening for the Rolling Stones," he said.

From a performer's standpoint, he said there's an odd effect in the early leaps.

Once you get that high in numbers, the increases don't feel as big of a jump as the early ones. In 2014, when they were headed to Canada for gigs, the group stopped in Eureka to play a fundraiser for the Sunburst Community Service Foundation, a nonprofit that promotes arts in the area. They sold out the auditorium in the Lincoln County High School.

They opened for the Stones twice in 2015 and again earlier this year at Chicago's Soldier Field, which can hold just over 60,000 people. "Of course, when you're opening, people are still filtering in," he noted.

Nonetheless, "it's pretty wild, man. The stage itself is huge, you know. Mick Jagger probably runs the equivalent of a 10K every time they play a show. Just walking and bouncing and dancing back and forth across the stage," he said.

The new sounds on "Camellia," have elicited a "few grumbles here and there," which is to be expected when a band moves from a traditional style to something newer.

"I think you're always going to get that. But as far as the show goes, and incorporating the new songs into the show, the show's better than it's ever been, and the crowd has definitely diversified a little more, which is good to see," he said.

They've been playing more festivals oriented toward jam bands, indie music or folk, and got a more positive response than they'd expected, proof that the change was worth it.

"It is encouraging that we can venture outward a little bit and people are hopefully going to stick with us," he said.

As development spreads around Missoula, the number of spaces for some types of performing arts hasn't quite kept pace.