Food trucks and symphony fans fill Caras Park for the 2017 Symphony in the Park concert. 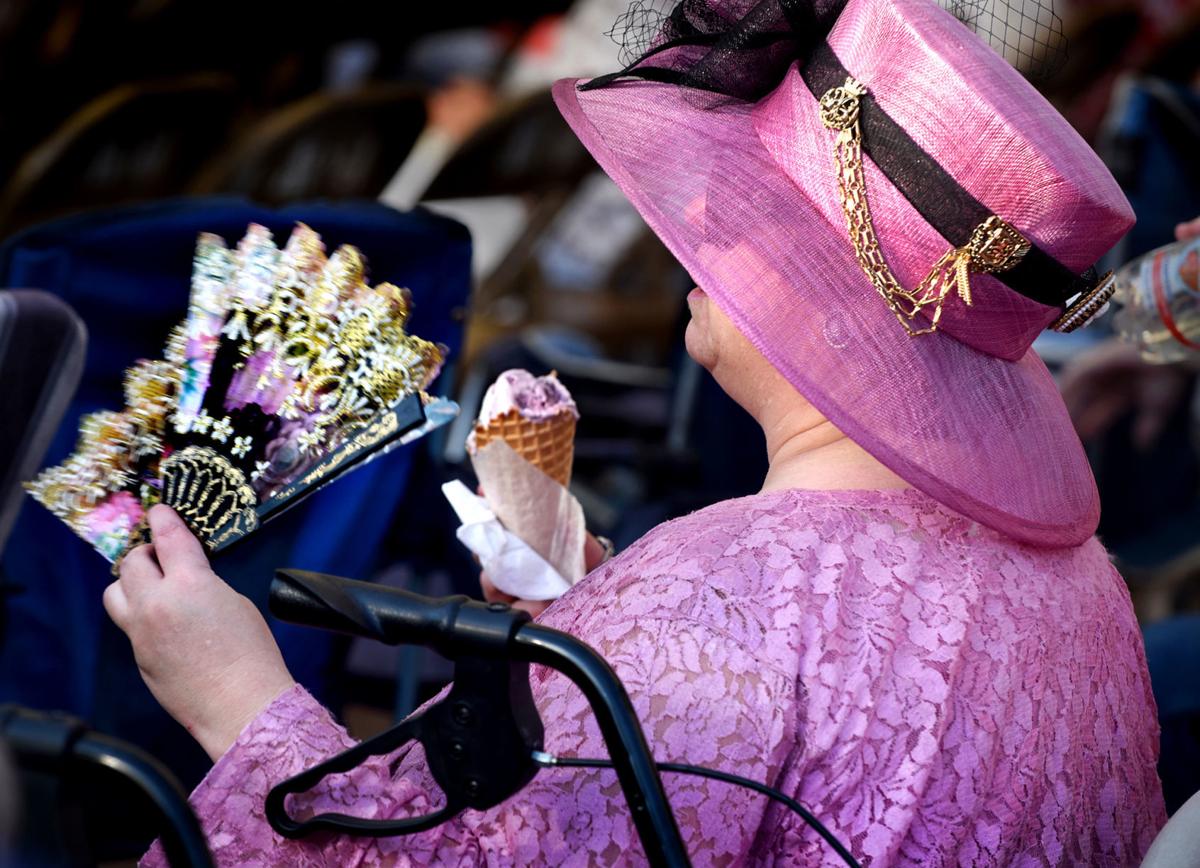 Missoula Symphony Orchestra fan Jodi Gardner, dressed in her finest purple outfit, cools herself before the start of the annual Symphony in the Park concert in 2016.

Food trucks and symphony fans fill Caras Park for the 2017 Symphony in the Park concert.

Missoula Symphony Orchestra fan Jodi Gardner, dressed in her finest purple outfit, cools herself before the start of the annual Symphony in the Park concert in 2016.

For this year’s Symphony in the Park, guest conductor Gordon Johnson said he filled the schedule with “big energy” music.

“When you’re outside, you don’t have hard, flat surfaces to work with,” Johnson said. “That changes the sonic atmosphere completely.

“So what a conductor does, is choose loud music.”

That loud music makes it easier to hear for the conductor, musicians and audience in Caras Park, where acoustics change significantly without walls of a concert hall.

The outdoor setting, along with some more contemporary tunes, make the yearly Symphony in the Park one of the most fun concerts of the year, Johnson said, especially for people who may not usually attend the symphony.

“There’s a perception that it’s exclusive, or for the elite,” Johnson said. The outdoor concert's mission is to “dispel any fears or misconceptions about what it is we do.”

One way to do that is by playing more familiar music. Johnson, who is the retired director of the Great Falls Symphony, picked this year’s setlist along with the Missoula Symphony Association.

The more poppy tunes include the “Star Wars: The Force Awakens” theme, from the 2015 movie and the song “American In Paris” from the 1951 movie of the same name. These will represent the main way audiences in the 2010s hear classical music: in movies.

“You have all these fantastic composers writing for blockbusters,” Johnson said. “People have the sound of the orchestra in their ears.”

The concert will open with a rendition of “The Star Spangled Banner” and close with an orchestral arrangement of “Bohemian Rhapsody,” the hit song by Queen.

The band was famously inspired by opera and classical music when they wrote many of their hit songs, and Johnson said the orchestral arrangement is pretty much note-for-note the original song, sans lyrics of course.

“Even in its original version by Queen, it already has classical elements,” he said.

Johnson was looking forward to working with the symphony’s guest artists — a group of Suzuki Institute students will play the tune “Cruzatte’s Fiddle,” which is inspired by Lewis and Clark party member Pierre Cruzatte, who would play his fiddle for the camp each night during their journey.

“These kids are so enthusiastic,” Johnson said. “You just play off their energy.”

The rest of the concert skews more traditional, but not less recognizable. There’s “Hooked on Classics,” a medley of famous orchestral melodies, and Johnson’s personal favorite, “Finlandia,” by Jean Sibelius.

“It’s one of those ‘oh yeah’ pieces,” Johnson said. “You might not necessarily know the title, but once you get to the melody in the middle, you go ‘oh yeah!’”

This year’s Symphony in the Park is taking place a week later than usual, due to the Mumford & Sons Concert at Ogren Park.

Salonen said they expect around 5,000 to 6,000 attendees to pack Caras Park, even in this transition year without longtime Artistic Director Darko Butorac.

Each symphony performance this season will be led by one of the artistic director finalists, with Johnson filling in as a guest conductor for this kickoff concert.

“He’s a wonderful conductor,” Salonen said. “Our musicians really like working with him.”

The Symphony in the Park will take place at Caras Park on Sunday, Aug. 18, starting at 7 p.m. The concert is free.

Taking a chance on your work, no matter what profession you’re in, carries a lot of the same pressures. Gary Lundgren transposed his feelings …