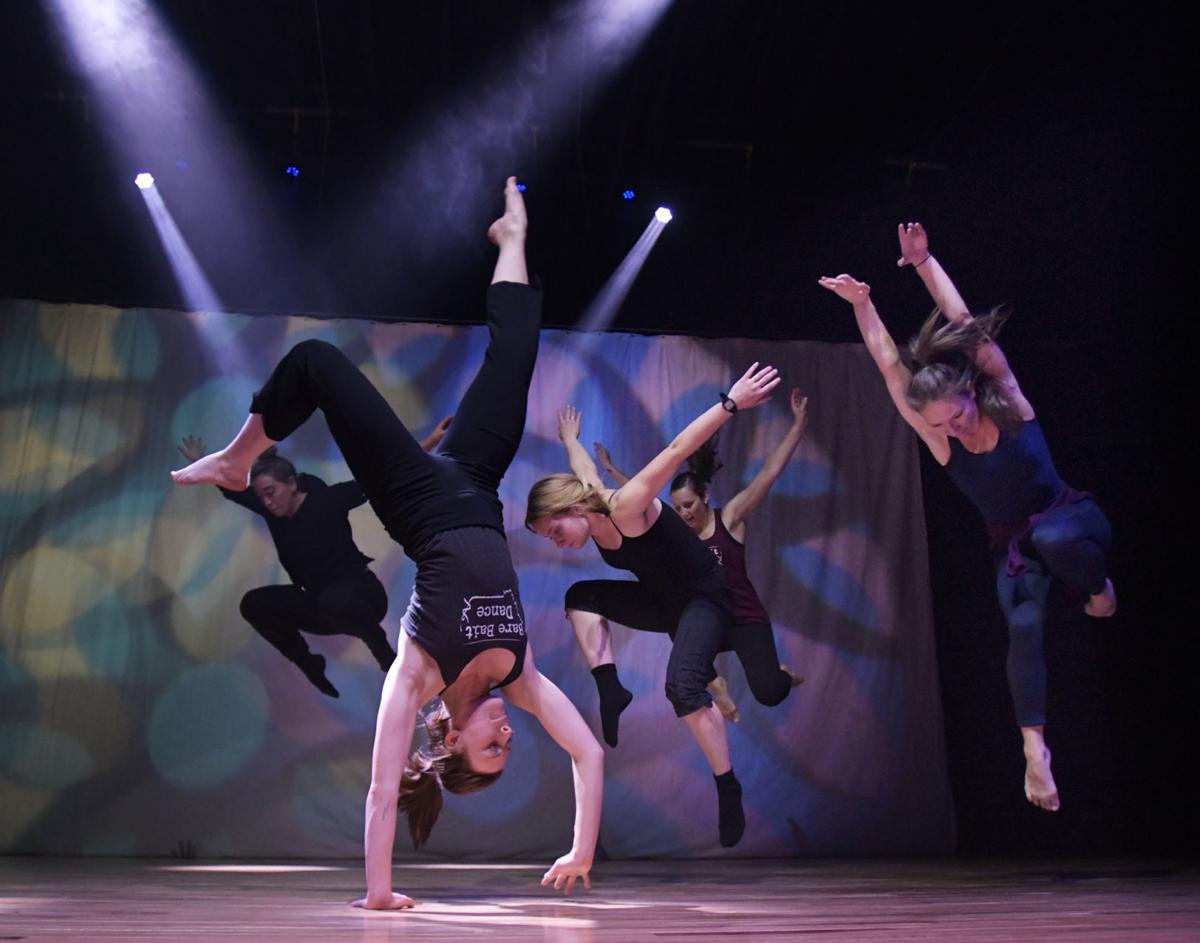 The MASC Studio has rebranded as the West Side Theater, with ambitions of hosting performing arts in a flexible, affordable space. Bare Bait Dance company, seen rehearsing, will produce its 2019-20 season at the theater. 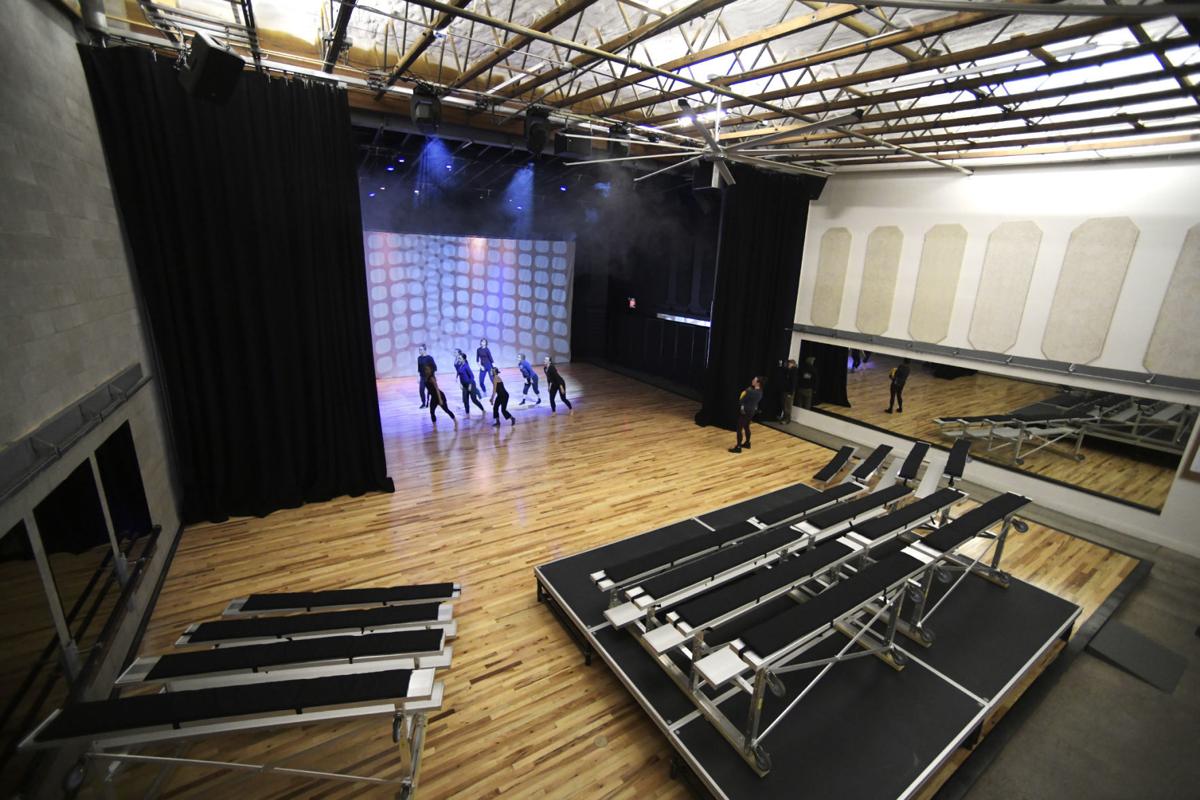 The theater, located on the Westside, can accommodate flexible seating arrangements. 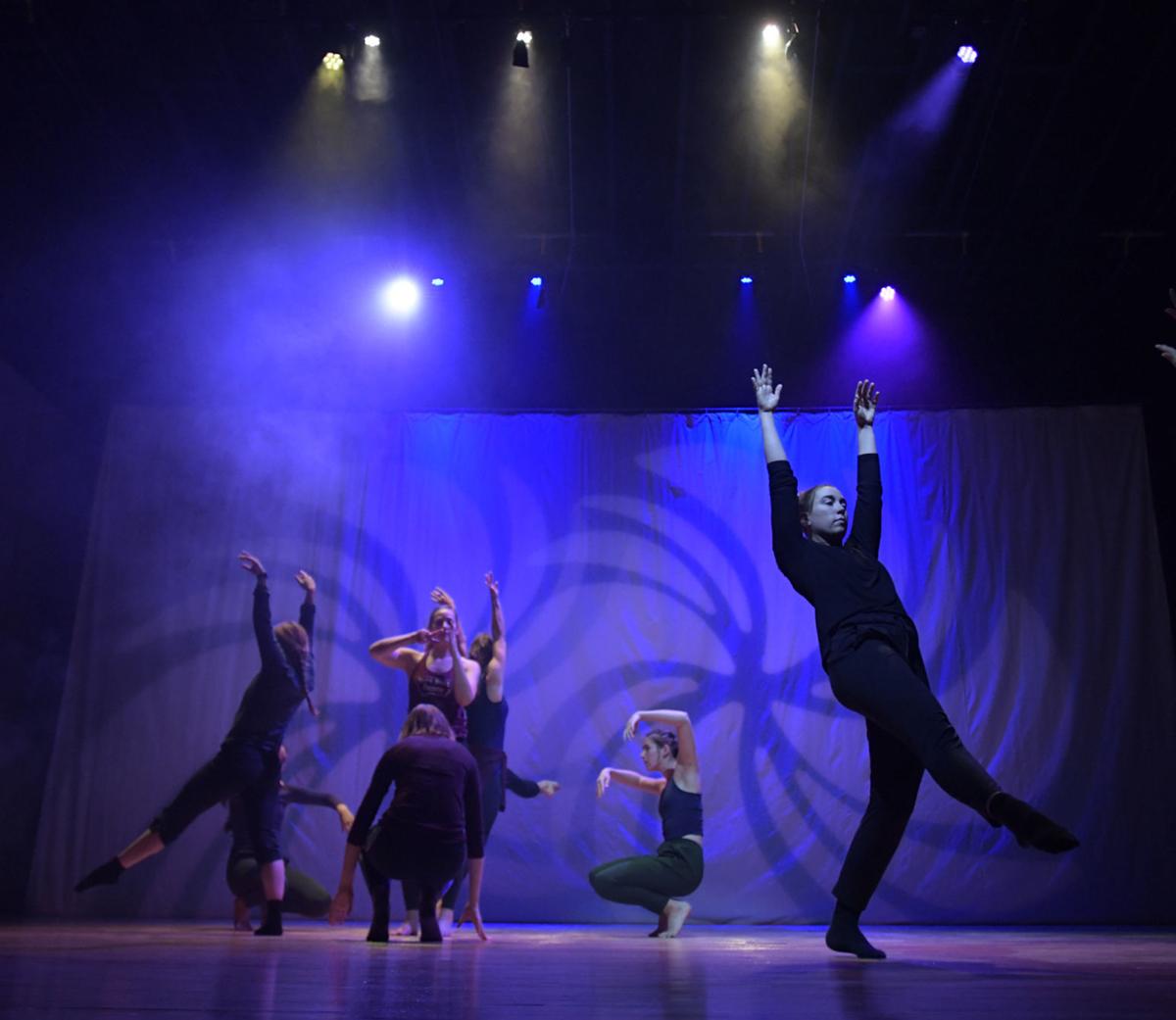 As development spreads around Missoula, the number of spaces for some types of performing arts hasn't quite kept pace.

Over on Shakespeare Street, the rebranded West Side Theater wants to help fill that need, joining projects like the new Zootown Arts Community Center and Radius Gallery buildings as physical signs of growth for the arts.

The theater is technically the fully outfitted aerial studio where MASC Artisans, an aerial and circus arts group, has called home since 2016. Owner Sj Beck, a Missoula native, said the studio has always been open for rentals, but suspects its identity as an aerial studio might be giving potential collaborators and the public the wrong impression.

The new name will help dispel some of that, she said, along with improvements that make it a fully operational "plug and play" space for theater and other performing arts events.

It's hoped the name change will correct people's impressions that they are located on the Northside, or that they're far from downtown."My purpose is to provide creative space for people to express their unique talents," she said.

Her pitch is that the West Side Theater is "adaptable, affordable, available and accessible."

The space is a roughly 5,000-square-foot "black box" theater. It can be configured for bleacher, chair or table seating in the round (surrounding the performers) or proscenium (audience in rows facing the performers).

Depending on configuration, it can accommodate 160 to 235 audience members. It has a 30-by-40 foot-space for the audience and 30-by-40 for the stage, depending on what kind of show it is.

It's equipped with new lighting and sound from Montana Pro Audio, and a new Cyclorama projection system for digital backdrops or film screenings.

Behind the scenes, there's a full green room with showers and a kitchenette. The building has a garage for performer parking and load-in. (The property itself has about 80 spots for people to park as well.)

Because it's used for MASC performances and classes, it has a bonus feature: You can "fly" people or props on safety lines without the need to bring in specialty equipment.

"You can be flying people within seconds," she said.

They have lighting and sound techs, plus a crew to help set up and take down productions.

The soft transition began back in June. In May, it hosted "The Buffalo Play," an original play by local company BetweenTheLines. The group later took the piece to New York City.

The company previously held all of its performances at the Roxy Theater. Its three theaters are designed for movie screenings, and didn't have a backstage.

BetweenTheLines Director Mason Wagner said it was affordable and had the flexibility to "dream" and less time trouble-shooting. The lighting equipment allowed "really exciting looks," and "the space itself is so expansive," with an "epic feel to it with the high ceilings."

Another new collaborator is Bare Bait Dance, a contemporary modern company that specializes in original productions. The group is partially in residence at the University of Montana, where founder/director Joy French is an adjunct professor, but it's an independent nonprofit. For the past several years, they held most of their productions in the "Open Space" theater in the lower level of the PAR/TV Center.

For its ninth season, which starts in November, they're moving their performances to the West Side (they're still embedded at UM and hold rehearsals and classes there). French said it's exciting to have the option for a mid-size venue for their productions. The Downtown Dance Collective, where the company was founded, is too small. The MCT Center for the Performing Arts is too big.

French said that they're excited to move into the space and get audiences there. "I hope the performance community gets inspired," she said, since the arts scene "needs a theater like this to survive and thrive."

She added that Beck has been responsive to any requests they have about technical changes.

The theater has hosted Arts & Above, a contemporary dance/performance company, in a residency. They also hosted education nonprofit Turning the Wheel's "Enchanted Forest" fundraiser, which is something like an immersive art installation with music and performance. They've had open mic nights, First Friday events, fundraisers and some arts and crafts pop-up events.

It's also open for private rentals, whether for lectures and PowerPoint-type events or receptions.The group develops and produces original circus shows — a Grinch-themed Christmas show drew over 200 people and ran for two nights. Other aerial and circus groups stop through to perform.

In 2016, Beck and Walter Hailes of Freestone Climbing partnered to buy and renovate the building, with the idea that it could be an "alternative, innovative hub for the Westside."

Her late father, Harold Beck, owned Western Door Company, which he and her mother Jane bootstrapped into an active part of the building community here. He told her that if she wanted a building, she needed good tenants, so she and Freestone heeded the advice.

All the businesses fit a certain bill: alternative, community-oriented, and they promote fitness and creativity. Freestone naturally does that. The other tenants are Five Valleys Cross Fit, and Spectrum Window Cleaning are the folks who know how to rappel down a building to keep the glass shining.

MASC has about 12 employees and offers a full aerial program, youth classes, pole program, and a cross-training option, adding up to about 10 classes a week. While Missoula is somewhat geographically isolated, she said MASC is "state of the art," and developed its curriculum carefully so that clients are safe and can progress to a high degree.

"We could pick MASC up and put it somewhere else, and it would be on the level," she said.

"At the core of it all, I'm for the community by the community. I'm from here, I love it here, it's quirky. Yeah, it's hard, and why not? Somebody's gotta do it," she said.

This article originally had the incorrect name of Sj Beck's father, Harold Beck.

Jesse Phillips, who went to school in Eureka and lives part-time in Missoula, has played with his band, St. Paul and the Broken Bones, at almo…

The new album by Hiss Golden Messenger is one to play on repeat, immersing in every nuance. It's Americana music with a purpose.

Sharpen those pencils and wits for the Mansfield Library’s annual photo caption contest.

Here's a guide to some of the arts and cultural events happening this week around Missoula.

The MASC Studio has rebranded as the West Side Theater, with ambitions of hosting performing arts in a flexible, affordable space. Bare Bait Dance company, seen rehearsing, will produce its 2019-20 season at the theater.

The theater, located on the Westside, can accommodate flexible seating arrangements.