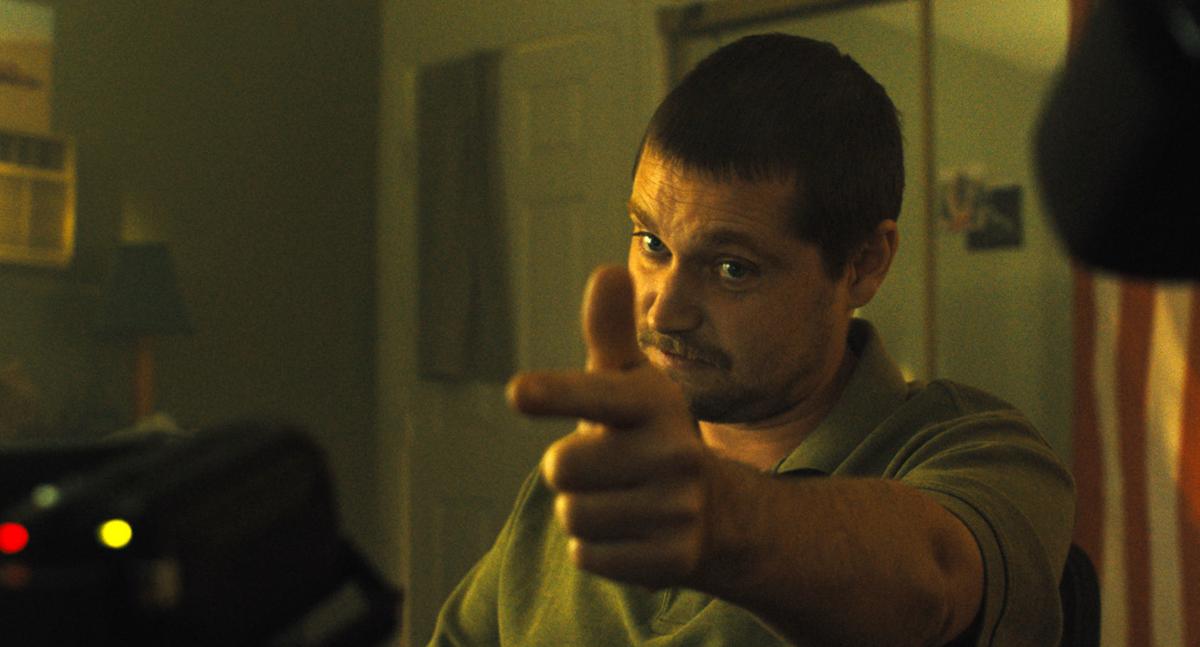 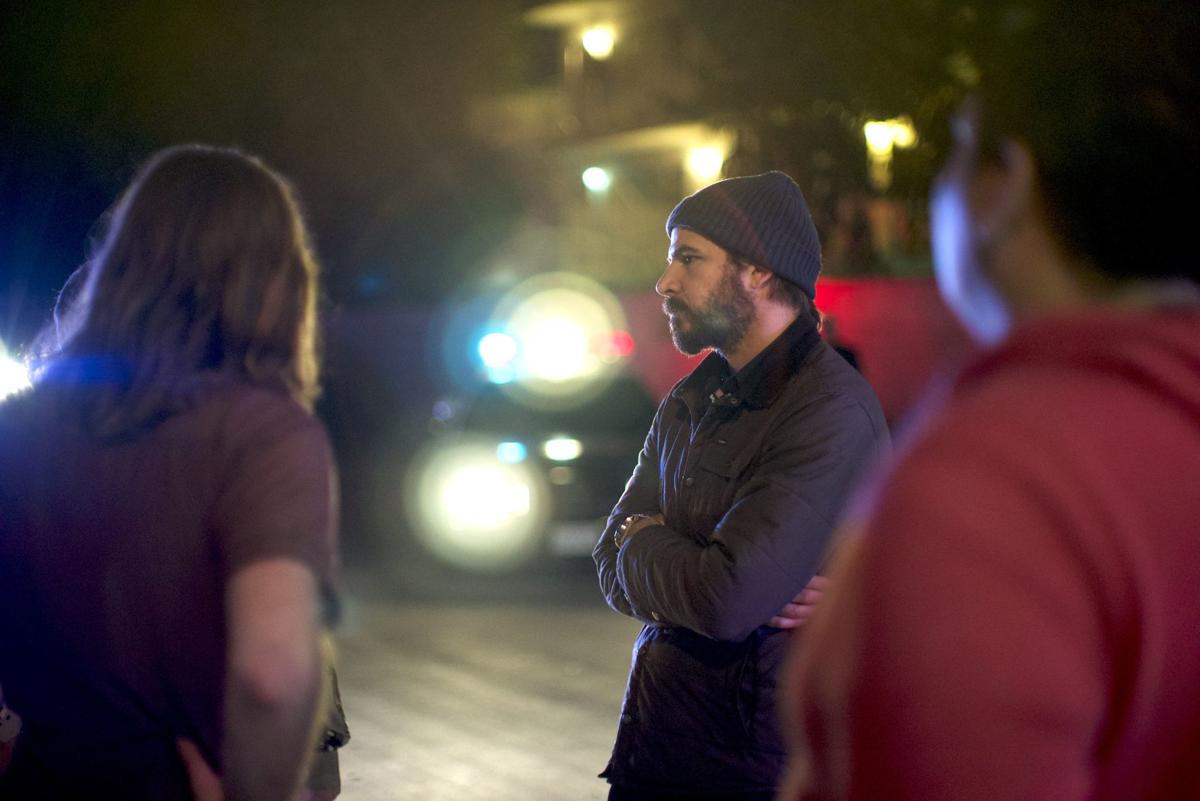 Director Rob Lambert (center) spent a large part of his childhood in Billings.

Director Rob Lambert (center) spent a large part of his childhood in Billings.

Director Rob Lambert's new independent film, "Cuck," descends into the world of the alienated white male who falls in with white nationalist and misogynist views online.

The film's protagonist, Ronnie, is the kind of young man prone to calling other people "cucks." He's in his 20s and single. He lives alone in the San Fernando Valley with his sick mother. He's been rejected by recruiters for the Army, so he can't follow in his deceased father's footsteps. He has some sort of low-level crime on his record and can't find work. He's "emotionally ill," Lambert said, and finds a home where many people like him do: extremist chat forums and comment boards, where he begins likewise spouting rants against people of color, immigrants, women, minorities and progressives.

The movie doesn't empathize with him or absolve any of his actions or beliefs, Lambert said in a phone interview. Instead, it's an attempt to "pull back the curtain on what's happening."

"If we don't address it, if we just put our head in the sand and say, 'You know what, let's not give them any attention because that's what they want,' then nothing is going to change. Nothing at all is going to change by just not addressing it at all," he said.

Some of the basis for "Cuck" dates back to Lambert's childhood in Billings. He was born in Los Angeles. His family moved frequently (including Ireland) when he was younger, settling in the late 1980s in Billings, where he attended elementary school and graduated from Billings Central Catholic High School.

He and his friends would make comedies on camcorders, and he took part in theater along with sports. He studied sociology and some theater at Whitman College in Walla Walla, Washington, before heading to LA, where he started his career in movies, including production and pre-production in shorts, commercials, music videos and more. A short film, "Los Ninos Sicarios," about Texas-born teenagers who were hired by the cartels to be hitmen, was in development for Sony/Crackle before hitting a development impasse.

That's when he was able to spend more time developing "Cuck."

When he was younger, one of the older kids who rode his bus in Billings was Wayne Lo, a Taiwanese high-schooler. While he didn't know Lo that well, he did a little bit — that he was smart and also bullied.

In 1992, after Lo received a scholarship for an alternative school in Massachusetts, he shot and killed two people and injured four, spurred on by extremist beliefs.

"That always stuck with me because it was somebody that I knew, and you know riding the bus every day with this guy for a year or two, you know you get to know people in a certain way, you don't know them too intimately, but it always stuck with that there was so much going on with Wayne that nobody could actually see," he said.

His thoughts would circle back to Lo as school shootings became more frequent over the years. As they continued writing, extremist terrorist attacks continued happening. James Fields Jr., a 20-year-old white supremacist, drove a vehicle into a crowd of protesters in Charlottesville, killing one woman.

Fields resembled Ronnie and other fringe figures they'd researched. "They all share a lot of the same characteristics. They come from unstable backgrounds or homes, they usually live with their mother, there is a huge consumption of online activity, like eight to 10 hours a day online. There's always a fascination with the military, even if they can't quite get into the military. There's petty crime," he said. They're not well-adjusted socially, and typically have some sort of extreme life event before attacking.

He and co-screenwriter Joe Varkle posted the script on The Black List, a site where unproduced screenplays can be read and reviewed to spur development. They raised enough money based on the feedback there to get an independent shoot started.

Ronnie is portrayed by a mostly unrecognizable Zachary Ray Sherman, who starred in "90210," a short-lived reboot of the 1990s soap opera. When casting, Lambert said they looked at a variety of actors and body types and weren't that keen on a "a pretty, Hollywood sort of guy," he said.

Despite his "90210"-caliber looks, Sherman lobbied for the role with promises of weight gain that he dutifully filled with a daily routine of vegan pizza, beer and inactivity. He sent Lambert screenshots week by week, eventually gaining 45 pounds that aren't easy to ignore, as Ronnie spends a lot of time shirtless, alone in front of the computer.

They emailed him all their research — articles and videos and message board links — to prepare him for Ronnie's worldview.

And they'd spent much time online, researching YouTube to invent Chance Dalmain, a hateful, clean-cut and charismatic speaker, and how such people connect with their audiences.

"Rudderless" men like Ronnie are "all of a sudden given a purpose, a mission, that's really enticing," he said.

He's aware that there are "some tough scenes" in the movie. They considered down toning some of the language or removing parts, but worried that "if we do that, then it really is neutering it or watering it down," he said, with potential for the portrayal to become too soft or sympathetic.

"He falls in love with Candy, and he'd do anything she says, because he's finally getting the one thing he never had, and to him that's everything. He'd do anything for her at that point," he said.

One review said that it was "implausible" that Ronnie would meet such a person.

Given the film's dark tone, you can guess at some of the plausible outcomes by the end.

Lambert said that it's been the subject of much discussion in some chat forums — he said there are posts alleging that George Soros paid for the movie, for instance. He's received many angry direct messages. Incels, or involuntary celibate men, reached out to him after the trailer was posted. (He said that the intention of the film isn't to make fun of anyone. They gave him notes about capturing the "real, true deep loneliness.")

As it goes into a proper release, he said he hopes people realize that it's not "a propaganda film" or a message movie with an agenda to persuade people toward a particular set of beliefs.

"I want this movie to be presentational. I don't think that as a filmmaker I set it up to be a Michael Moore-style documentary, where it's obvious how I want you to feel," he said.

The film is 114 minutes. It contains profanity, racial slurs and scenes of nudity, sex and gun violence.

Tickets are available in advance at theroxytheater.org.