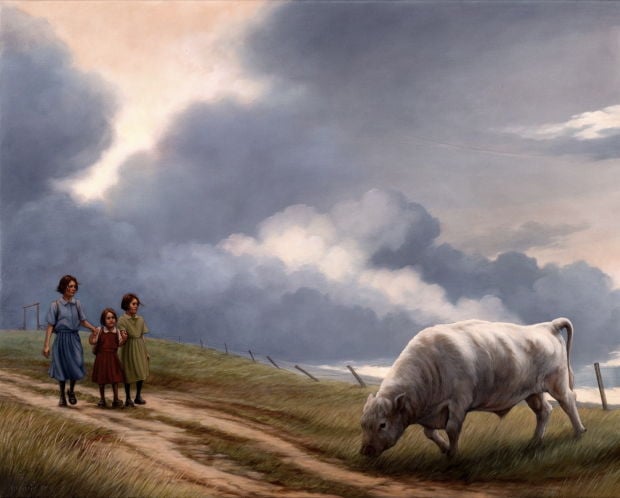 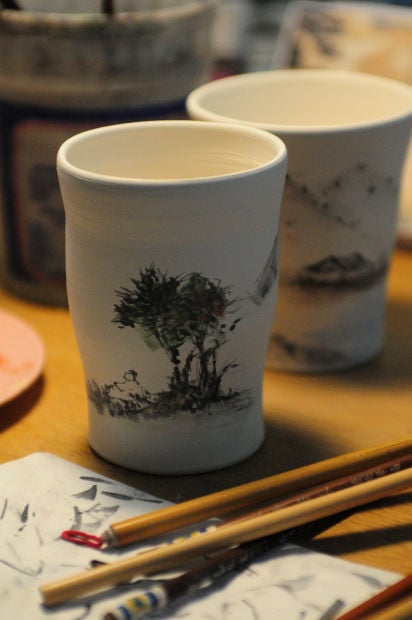 Cups by Beth Lo with glaze painting by Kiahsuang. 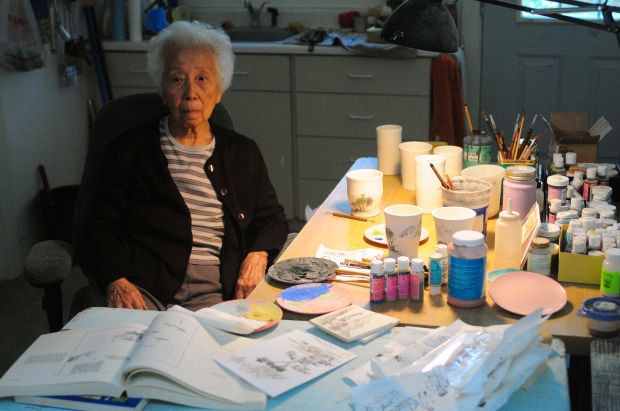 Kiahsuang Lo seated in the Missoula studio of her daughter, Beth Lo. 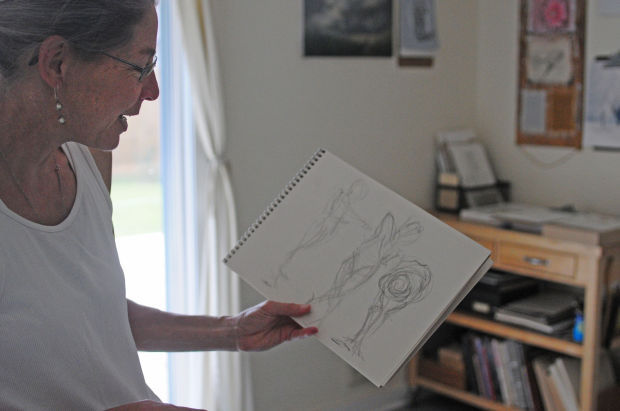 Stephanie Frostad shows sketches from the figure drawing group in her studio. 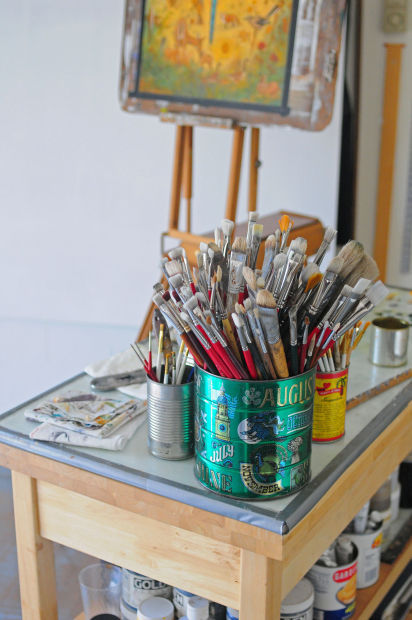 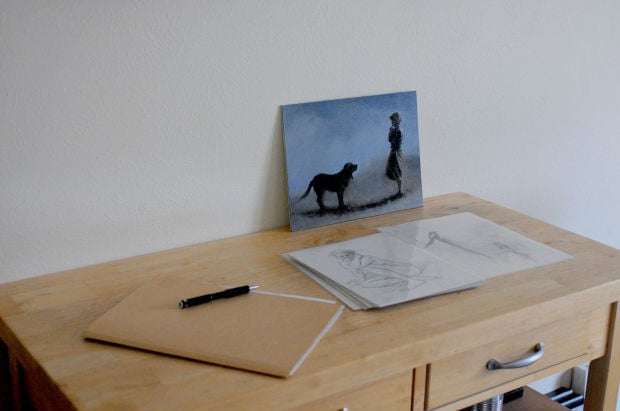 Stephanie Frostad puts a great deal of care and attention into her preparations for an exhibit.

What is it about live figure drawing that can bring a small group of artists together with a common goal for more than 25 years?

Ask and you might get a different answer from each group member. Yet all nine members of the Pattee Canyon Ladies Salon will tell you that drawing the human figure is all about an artist developing a sense of empathy for her subject, which can then be taken to other subjects, like landscape or still life, and even 3-D media like ceramics or sculpture.

For more than 25 years, the Pattee Canyon Ladies Salon has been meeting twice monthly at the home studio of Nancy Erickson to draw the human figure, and next week the artists will open their 15th annual group exhibition at the Brunswick Building Gallery on West Railroad Street in Missoula.

The Salon is comprised of nine women, well-established in the region for their work, but who as a group show great diversity in their preferred media, styles and approaches.

“There’s something about coming together as a group of people and focusing our vision, our energy on a common center,” says Stephanie Frostad. “The show is about the dynamic of commonality,” she says, referring to the common subject of their drawing sessions, “and the contrast of the works on display.”

The show, like the group’s efforts in their gatherings, is about the nine different artists and their approaches to the central subject of the figure.

“The nude figure was a basis for Western art from the very beginning,” says Beth Lo. “The viewer has empathy with the figure.”

Nancy Erickson elaborates on that idea by saying, “You can make it new each time you draw the figure. So it’s a good subject for all of us to look at. You learn to draw that way.”

An important idea that emerges from these studies of the figure is how that empathy can be expressed in such a variety of ways and in different media. This year’s show will contain a number of 2-D and 3-D works, almost all of which directly portray the human figure.

The most interesting exception might be from the special guest, Kiahsuang Lo, who points out that figure drawing is not as important in the Chinese tradition. Landscape is often the subject and figures placed in the scenes establish a sense of perspective that enhances the beauty and scale of a larger subject of nature.

The Salon is “really about drawing,” says Erickson, “but – and this is very important – it’s also about community.”

Leland Buck is the Missoulian's Online Editor. Follow @lelandbuck on Twitter or reach him at leland.buck@missoulian.com or 406-523-5212

A Missoula band recorded an apocalypse-themed concept album before COVID

Cory Fay didn't know the pandemic was coming when he started writing “Greetings from the Apocalypse Club,” an end-times love story and concept album.

Things to do in Missoula: Art shows, pop-ups and 'Mad Max' at the ballpark

It all began in early May when an American TikTok user sparked howls of rage with her controversial guide to making "hot tea." The themes in the furious outpouring of comments were "war crime" and "diabetes."

Nick Cordero, a Broadway actor who had admirers across the world rallying for his recovery, has died after a battle with COVID-19, his wife Amanda Kloots said.

Naked men and drunks: England assesses the reopening of pubs

LONDON (AP) — It seems to have been more like a typical Saturday night than a drunken New Year's Eve.

‘I carry your heart,” a title based on the E.E. Cummings’ poem, is on display through July 25 and features paintings and mixed media sculptures from three regional artists.

NEW YORK (AP) — Tony Award-nominated actor Nick Cordero, who specialized in playing tough guys on Broadway in such shows as “Waitress,” “A Bronx Tale” and “Bullets Over Broadway,” has died in Los Angeles after suffering severe medical complications after contracting the coronavirus. He was 41.

Here's a curated collection of what's arriving on TV, streaming services and music platforms this week.

Cups by Beth Lo with glaze painting by Kiahsuang.

Kiahsuang Lo seated in the Missoula studio of her daughter, Beth Lo.

Stephanie Frostad shows sketches from the figure drawing group in her studio.

Stephanie Frostad puts a great deal of care and attention into her preparations for an exhibit.