CHICAGO — "Prehistoric Road Trip," the new PBS series written and hosted by YouTube star Emily Graslie of the Field Museum of Natural History in Chicago, wants you to wrap your head around the vastness of geologic time, to find joy in seeing the outline of a fish fossilized in rock, and to really, really dig digging for dinosaurs.

If you have an ounce of interest in the natural world, these aren't hard things to do. But it helps a lot to have Graslie, as unflappable as she is wide-eyed, as your interpreter.

She finds delight in conveying how much bigger a billion is than a million and also in wrapping sloppy plaster-drenched fabric around a rock containing dinosaur bones. In the first hourlong episode of three (Wednesdays, 8 p.m. MDT), she even gets a little giddy about separating maggots from the soil beneath a decaying skunk, the better to be able to understand just how it is that fossilization works.

Driving down an open road in her native northern Great Plains region, in the hills and valleys of which the series takes place, she says to the camera, "Those mountains took billions of years to be created. Bananas!"

"It would have been impossible at the start of this project to know what the world would have looked like by the time it came out," she said by telephone from her parents' place in South Dakota, where she was looking forward to a socially distanced preview party — at a local drive-in theater.

"You could never have predicted something like a global pandemic or the sort of social response that we've seen to systemic racism in the United States coming to a head at the same time that we're supposed to be celebrating a very joyful celebration of our natural world.

"So there's some conflicting emotions there. But ultimately it's a project that I've poured myself into for the last three years. It's a really personal journey about sort of rediscovering a landscape that I grew up in that I never really appreciated while I lived here. It's one of those stories where you have to leave to know what you left behind."

The series, executive produced by Graslie and Ally Gimbel and produced by Chicago's WTTW-Ch. 11, is a sort of extreme brand extension for Graslie. She was discovered by YouTube superstar Hank Green ("Crash Course") at the University of Montana's zoological museum, where Graslie, an art major, volunteered thinking she might find a career in scientific illustration.

Green, impressed by her passion for natural history as she toured him around the museum for a video he was shooting, suggested she try making web videos. Her YouTube series "The Brain Scoop," subtitled "Adventures in Taxidermy, Biology and Natural History," climbed quickly in popularity.

When the Field Museum, the Chicago natural history temple, invited her in to talk, she had 140,000 subscribers. And in 2013, when Graslie was 24, the museum brought her on staff as its first "Chief Curiostiy Correspondent." She's kept on making "Brain Scoops," although now they are mostly centered on the efforts of the Field and its vast collections and coterie of scientists. Current subscriber number: 556,000.

But she also, she said a few years back, wanted to develop as a presenter and as a maker of videos. She made some longer form scientific videos, and in a meeting with Field CEO Richard Lariviere and former WTTW chief content officer Dan Soles, she pitched the idea of returning to her home state to explore its fossil record.

She and WTTW brought the idea to national PBS in January, 2018. She talked about this documentary hour she had in mind, and the PBS executive responded, according to Graslie, "'We'd like you to think outside of one state, and we'd like you to do three hours.' So this is just the best problem to have, right?"

"Prehistoric Road Trip" was shot through most of last summer, in 4K resolution, in the Dakotas, Montana, Wyoming and Nebraska.

It starts, in episode one ("Welcome to Fossil Country"), with 2.5-billion-year-old bacteria that now look like beautifully patterned rocks but then helped create a planet where oxygen breathers could evolve.

"So this is how life started on earth! In the bacteria!" Graslie says.

Episode two is called "We Dig Dinosaurs," and it gets even deeper into the quest for everybody's favorite prehistoric creatures than the first one does. By the third episode we move toward the present day, visiting early North American mammals and learning about the impacts the craze for fossils has had on Native American land.

Much as in her YouTube series, Graslie serves not as expert but inquisitor and, when necessary, explainer. A range of experts passes through the show, and the host is there to dig alongside them or dig into what they know. She did more than 50 interviews, she said, while traveling with her crew some 6000 miles over eight weeks.

"The reason we wanted to talk with so many different people is to show that there's many different entry points into the field of paleontology," Graslie said. "You don't just have to be a scientist in order to make a meaningful contribution. So we talked with landowners. We talked with two different tribal communities. We talked with universities, community colleges, amateurs — just paleo nerds, illustrators, artists. We talked with anybody who we could find to ask them how paleontology and studying the fossil record had shaped them and their identity — because that's kind of what the show is about, how my identity has been shaped by my proximity to this part of the world."

Considering the weight of some of the topics, it's a quick watch, breezy and eager in tone. Graslie asked herself, she said, "What can we do to make this material as digestible and relatable and fun as possible? Because we didn't want it to be onerous or burdensome for the viewer. It needs to feel like the learning is effortless."

Where concepts get tougher, like in explaining how the "Rocky Mountain uplift" created the Rockies and, on the eastern end, South Dakota's Black Hills, elegant animation jumps in to illustrate, for instance, one continent sliding under another and bumping mountains into existence.

"I wanted the illustrations to look like they were created by someone who worked with us and opened up their sketchbook and just started doodling while we were talking," she said. "I was really glad we could partner with an illustrator I've wanted to work with for a really long time. His name is Franz Anthony, and he's in Indonesia."

Doing the illustrations across time zones was a little bit challenging, she said. But the big challenge came in March, as the pandemic hit, editing of the episodes was coming due and her native Field Museum closed, meaning the series was unable to shoot a whole bunch of scenes it had planned to do there.

She and Gimbel, who is also the director, scrambled to make up for it with existing Field footage she had, she said, and she came away "extremely proud" of the result. (Geoffrey Baer is the executive producer for WTTW.)

In addition to a companion website with more detail and background, the series is available for streaming on Amazon Prime Video.

"I hope people watch this program and walk away with just a greater appreciation of how frickin' old our planet is and how resilient our planet is," she said. "This planet has been through so much in its four-and-a-half billion years of existence.

"And also to know something that we don't really say explicitly in the program, but it is this concept that 99% of all species that have ever lived on our planet are now extinct. So everything you see around you today is part of the surviving one percent. And there's a sense of responsibility that comes with that. We should feel a sense of responsibility as sentient beings who have inherited this Earth. What are we doing to help maintain this one% of biodiversity? One% doesn't seem like a lot, but that's everything."

Get the latest information on hit TV shows and more with our weekly newsletter!

Here's a collection of what's arriving on TV, streaming services and music platforms this week.

Michael Jordan's "The Last Dance" hit new heights for ESPN documentary viewership. If you've got ESPN+, you've got access to over a hundred "30 For 30" documentaries. Use this generator to find your next one.

What's coming and going from Hulu in July 2020

There are tons of options, from the original movie 'Palm Springs' to network favorites.

'Hanna,' 'Absentia' and more are coming to the streamer this summer.

'Jeopardy!' star Alex Trebek and his wife give $500,000 to help fight homelessness

It looks like Alex Trebek is as generous and awesome as his fans would hope.

Canceled TV Shows 2020: Which of Your Favorite Series Are Coming to an End?

A roundup of all of the shows that are coming to an end this year.

'DC's Stargirl' renewed for Season 2, to air exclusively to CW

Season 1 episodes are currently released Mondays on DC Universe and Tuesdays on The CW. 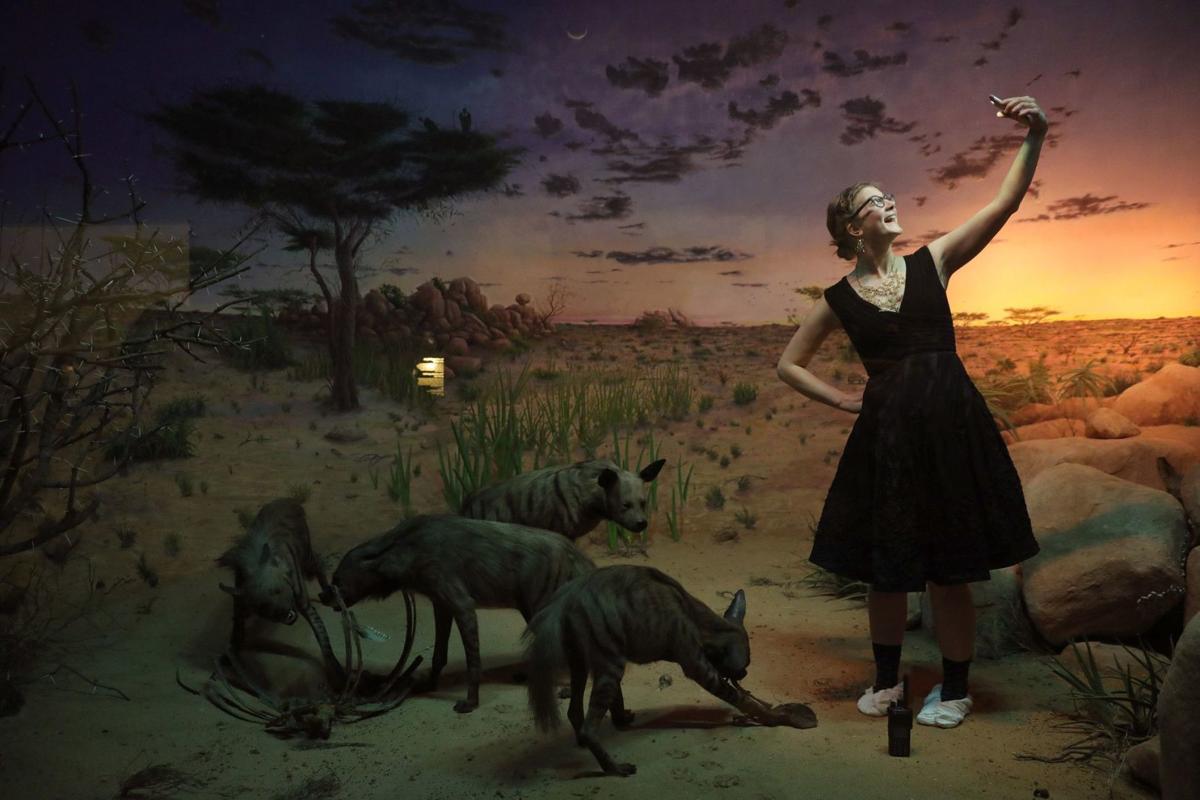 Snapping a selfie in a new hyena diorama she helped the Field Museum create is Emily Graslie, the museum's chief curiosity correspondent. 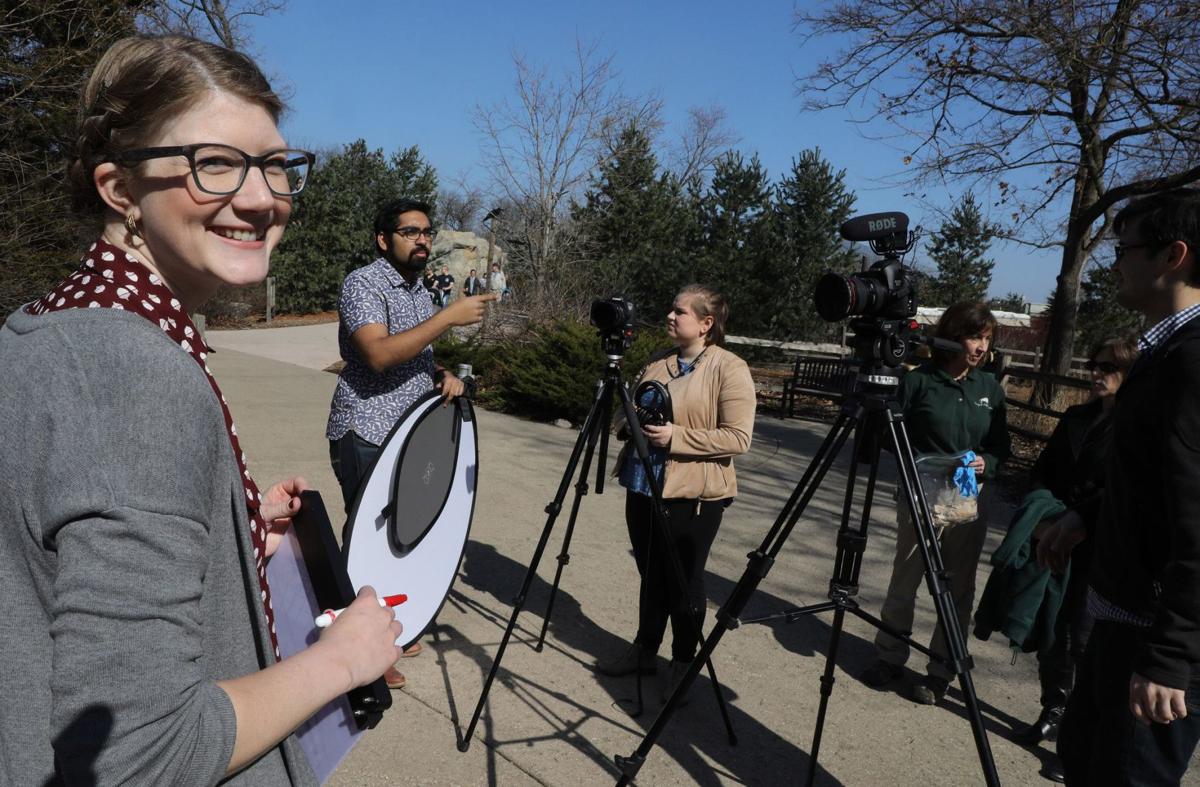 The Field Museum's Emily Graslie films an online video in Feb. 2017 about the Mexican gray wolves at Brookfield Zoo.